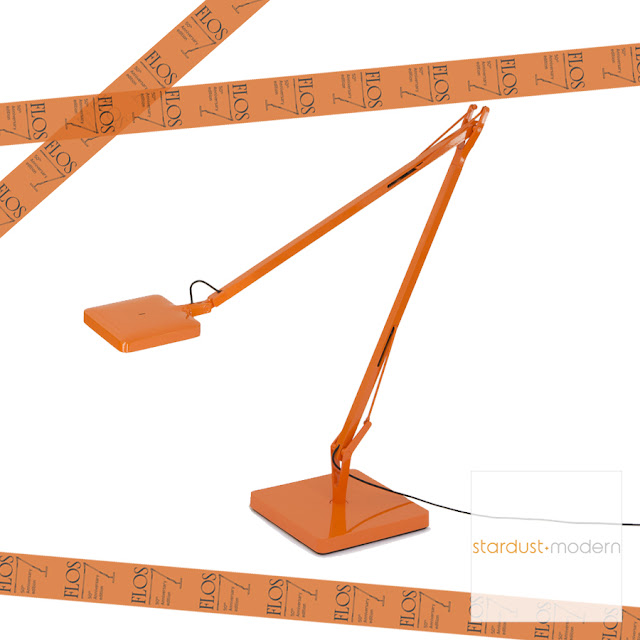 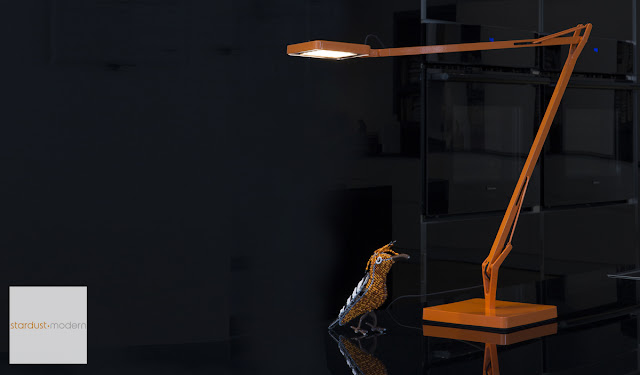 Stroke of Genius: The Kelvin LED in Orange
Limited Edition of 200 Pieces
Available from Stardust

Kelvin LED: normal height, slender build; her eyes are bright and light.  Her skin color reminds me of my stretched-out summer in Capri when I was in my early 20s...but that's a different story!  I lean over to touch her face and at that moment I become acutely aware that I have fallen completely in love...  Now that we have your attention, may we introduce Kelvin in Orange; made in an uttermost limited edition of only 200 pieces.  We at Stardust are passionate about beautiful things; and this radiant Kelvin LED desk lamp in Orange certainly caught our attention since we love everything orange (just look at the Stardust logo)! 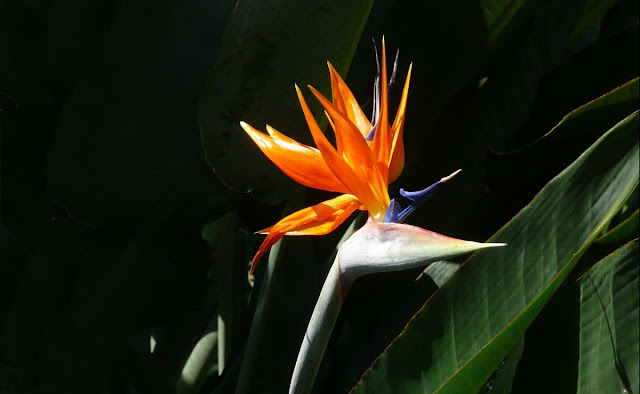 Strelitzia Reginae (Bird of Paradise): one of our favorite tropical plants!
Have you noticed; it's orange too!

Kelvin LED in Orange by FLOS, designed by Antonio Citterio.  To celebrate the 50th anniversary of Flos, Antonio Citterio in partnership with Flos, is releasing this lamp in a limited edition of 200 pieces.  This beautiful desk lamp has all the features of the original Kelvin LED lamp but is finished in an attractive Orange lacquer.  No need to touch this cast-aluminum desk lamp to turn it off or on, simply hover your hand above the square head of the Kelvin LED—a sleek update on the conical silhouette of Antonio Citterio’s original Kelvin design—and the Kelvin LED's sensors will operate the LEDs.  Beautiful and flawlessly elegant the Kelvin LED announces her presence with plenty of light. 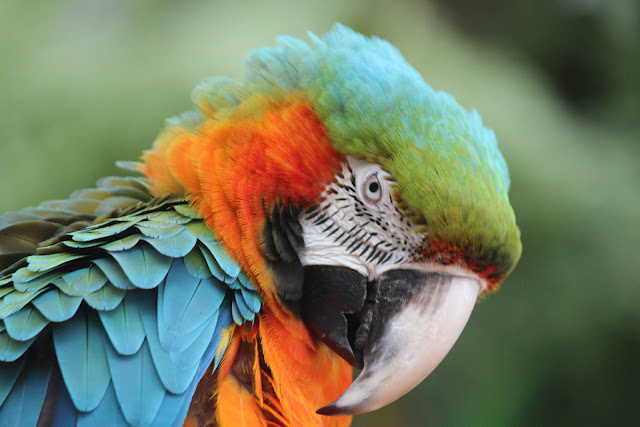 This is Coco; we found her in the Amazon Jungle after a day trip to Oscar Niemeyer's Brasilia.  Ever since; she keeps guard of the Stardust office.  We can assure you that it's screaming fun at the office everyday!  Best part; she's contend with eating peanuts instead of the monkey which we used to feed at least 16 bananas a day!

More Bang for your Coconuts: Kelvin LED in Orange features 30 mindblowing (if you look directly in the light which we don't recommend) LEDs which sure is plenty to read a good Benedikt Taschen book by.  Furthermore; Kelvin LED features the most advanced LED technology and puts out a warm, soft & comfortable light.  Other task lamps take notice: Kelvin LED is a super beautiful and very functional task lamp for the business or the home office.  Stardust was able to secure a limited number of these beautiful Kelvin LED lamps in orange so get yours before they are all spoken for! 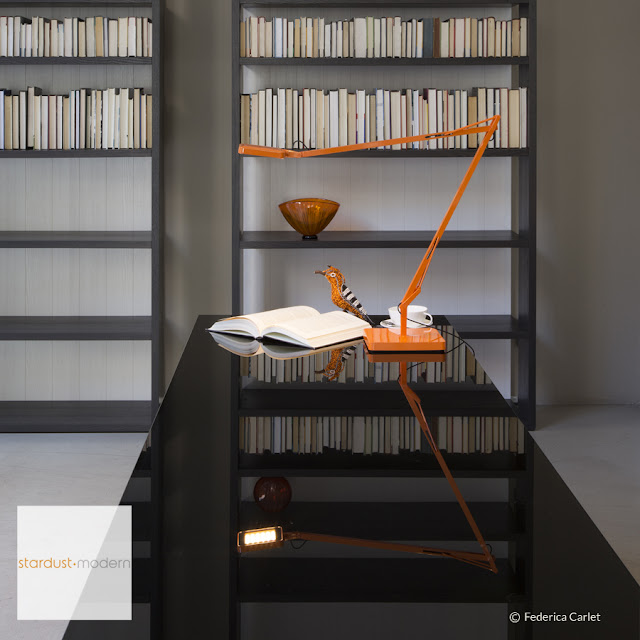 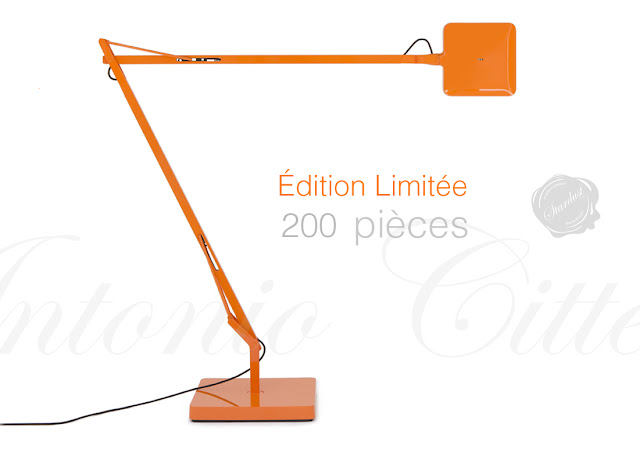 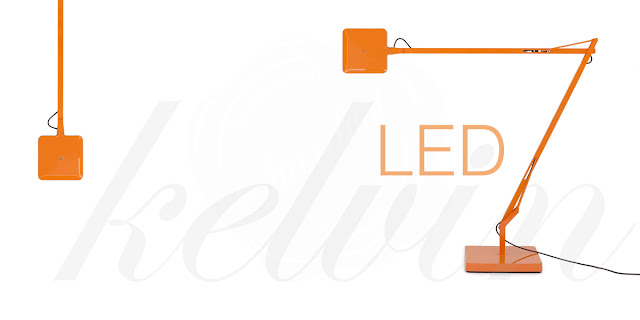 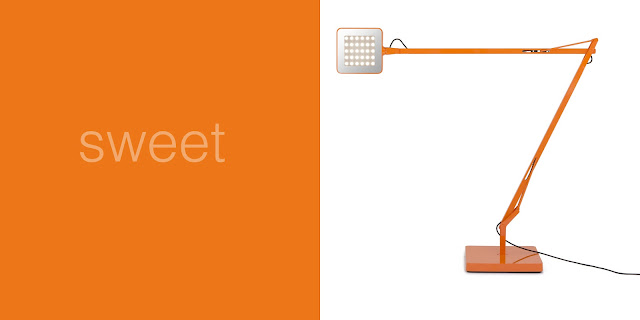 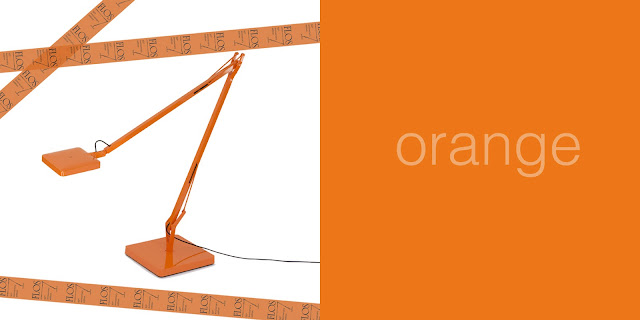 My oh My; this is one seriously sweet looking desk light!  To celebrate the 50th anniversary of the legendary Italian lighting brand FLOS; Stardust is pleased to offer a limited edition of the classic Kelvin LED lamp in orange.  This exclusive edition is limited to 200 pieces so get yours while you can; they will fly out faster than the parrot in our image!