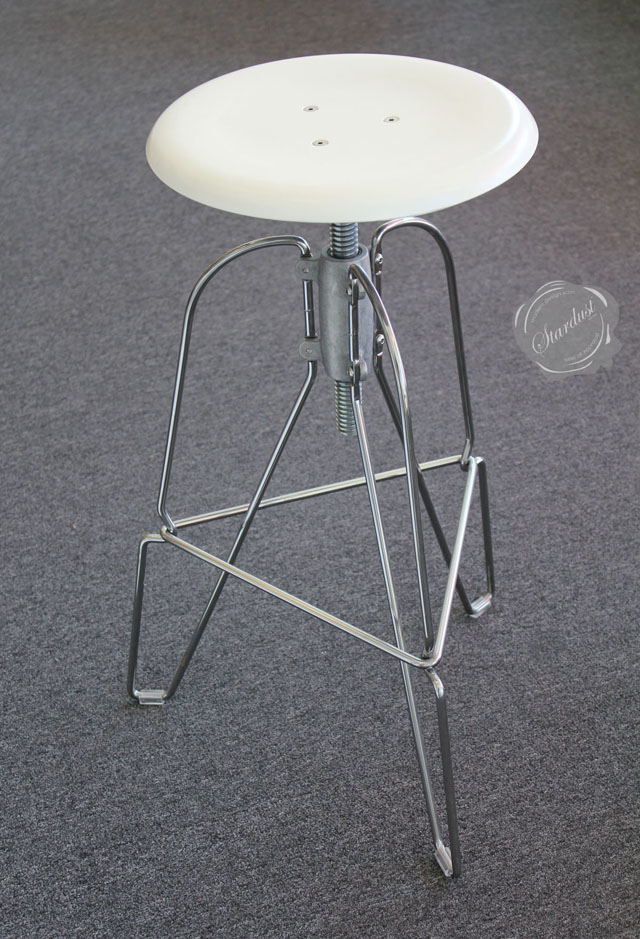 The functional Covey Model Six Stool was designed by San Francisco based designer Jeff Covey. The Covey Stool represents a dynamic relationship between form, comfort, and functionality. Drawing upon Buckminster Fuller's theory of tensegrity, the stool strikes an elegant balance between structural integrity and formal minimalism. It has been called a modern American classic. The Covey Model Six Stool (also known as the Jeff Covey Stool) is a beautiful and practical stool that can be used for a variety of settings including the work place, kitchen counter, home office, etc. Model Six by Jeff Covey features a telescopic function which allows the stool to be used in a wide variety of applications. Jeff Covey's Model Six Stool can be used as a drafting stool, high office task tool, bar stool, etc. Simply spin the seat around to reach desirable height. The structure of the stool is made of aluminum and the seat comes in six finishes (maple, aluminum, walnut, blue, black or white). Ships fully assembled. The Covey Stool is featured in the permanent collection of the San Francisco Museum of Modern Art. 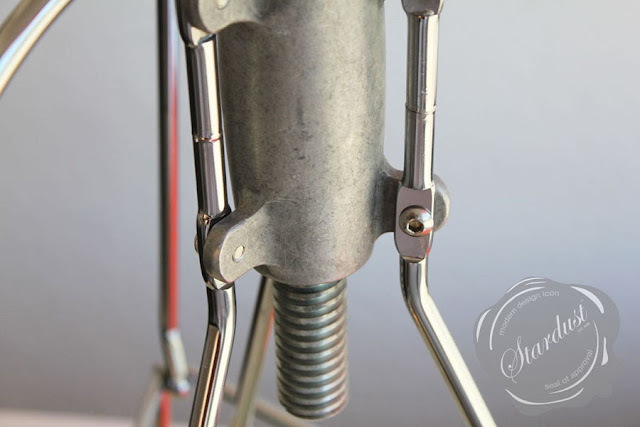 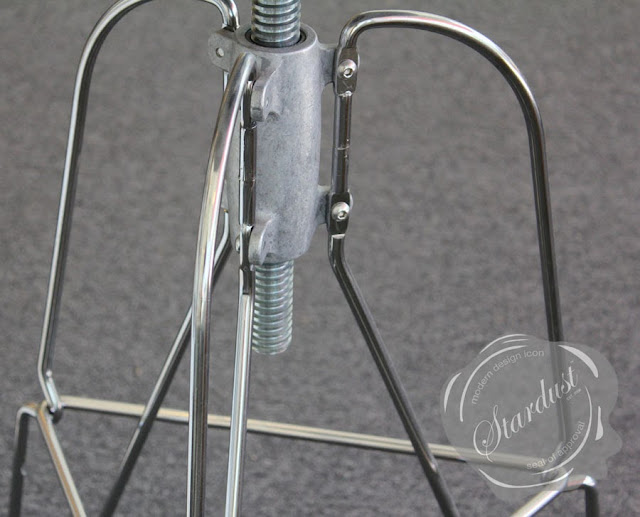 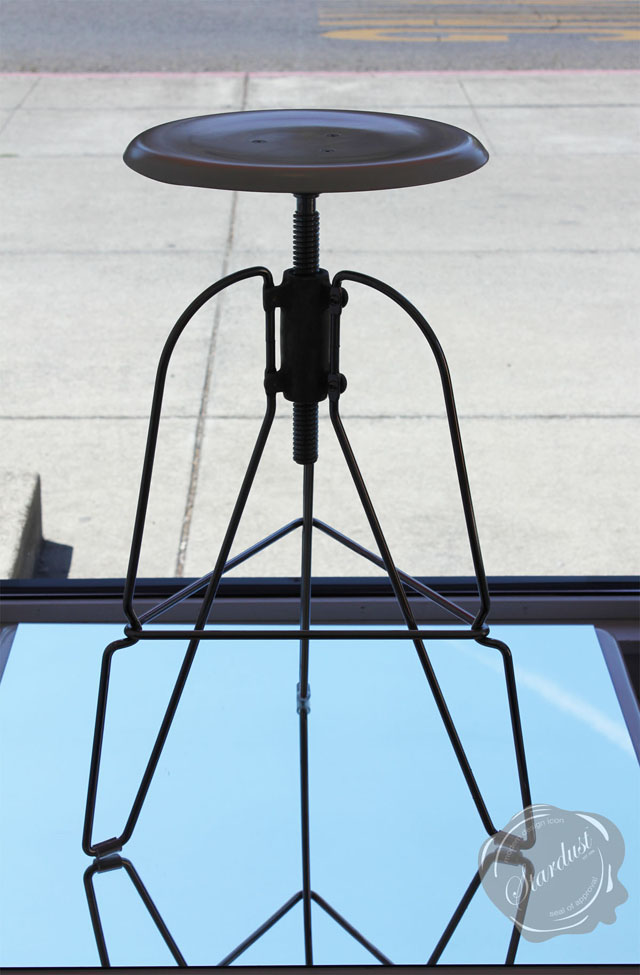 The Covey Stool is hand-assembled and individually numbered in the United States by Genesis Seating, a company committed to crafting classic, modern design. It is the same company that produces Herman Miller's line of Eames furniture as well as Knoll Classics. The stool has a subtly contoured seat for comfort and formed steel legs with nylon feet to help protect floors. An acme thread with a Delrin® sleeve allows smooth and easy height adjustment. 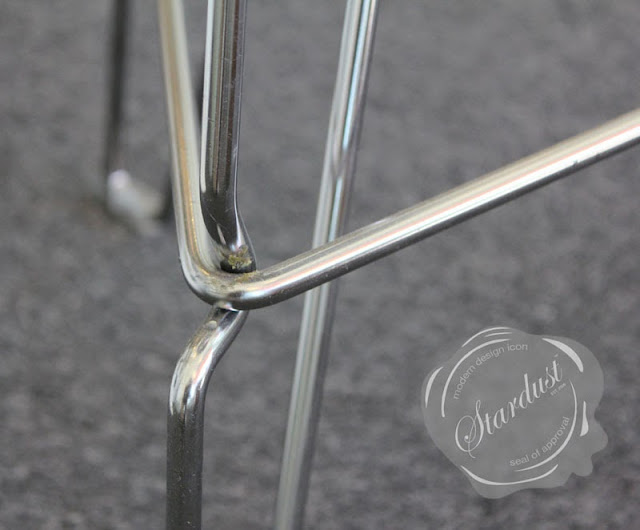 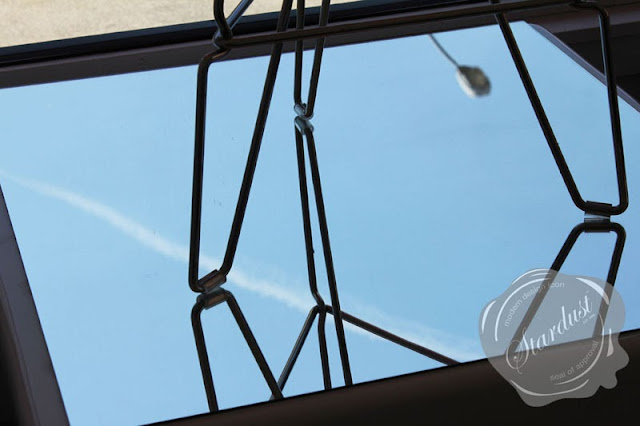 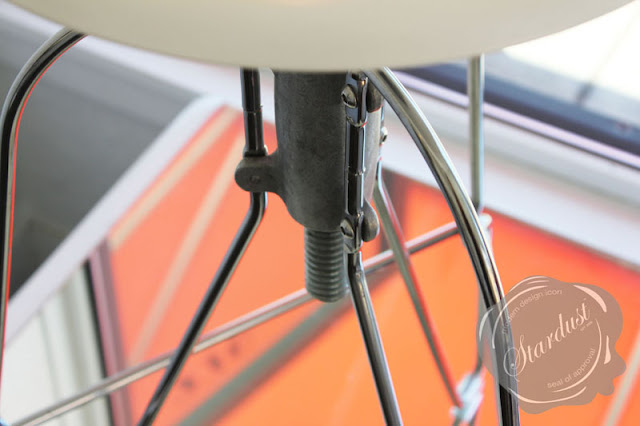 Jeff Covey, a self taught designer, began producing commercial and residential projects at his studio in San Francisco in 1996. In 1997 he developed the first prototypes of the Covey Stool. He then went to New York with a refined prototype to assess possible interest in his first production based design. Originally referred to as the "Covey Model Six Stool", the product shipped flat (1998-2001) with six individual parts to be assembled by the customer. Without an appointment he enquired at Knoll Inc., and met then design director Carl Magnusson. Magnusson instantly recognized a classic in the making and made a phone call to arrange an appointment for Covey at New York's Museum of Modern Art (MoMA) the next day. It was during the MoMA meeting that Covey received not only his first purchase order, but also the funds he needed to start production and distribution of the stool. The success of the Covey Stool caught the attention of Herman Miller Inc., and Covey licensed the stool to Herman Miller for five years. At the end of that time, Jeff Covey decided to take on the distribution himself. Jeff Covey's Model Six Stool is made at the same facility that produces the Herman Miller Eames collection and Knoll Classics.