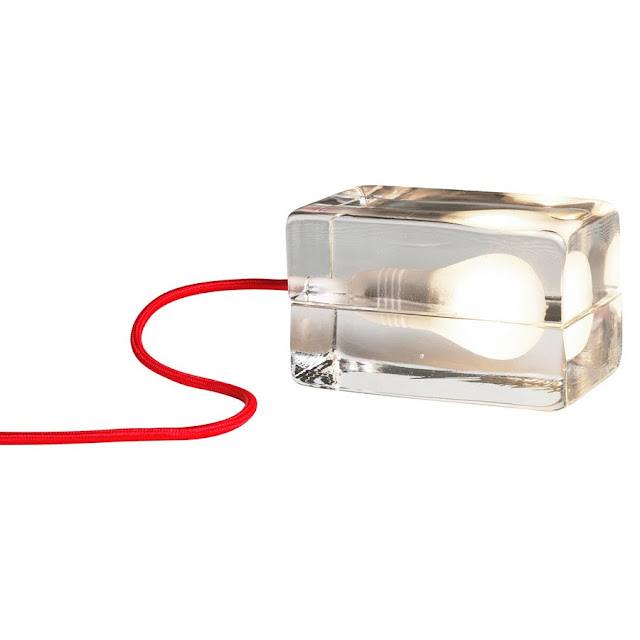 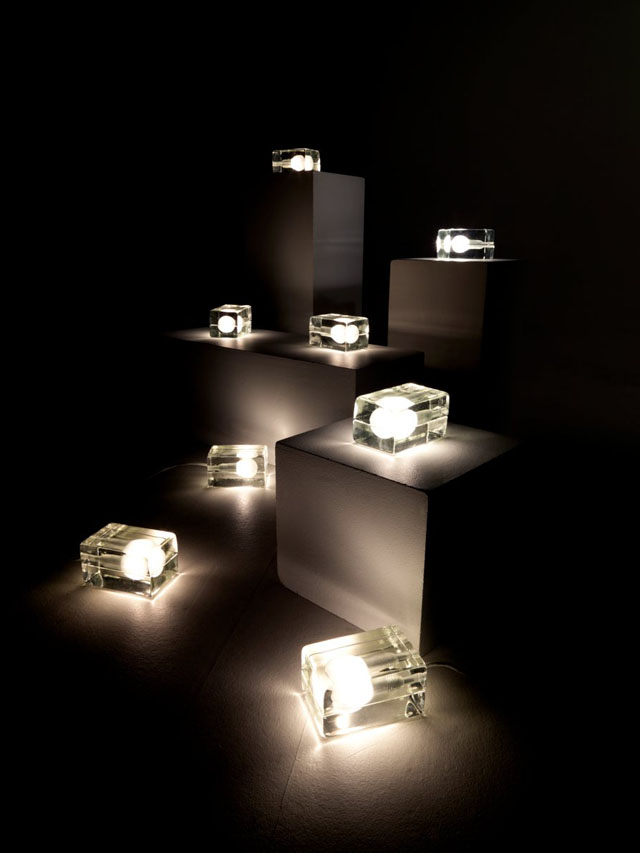 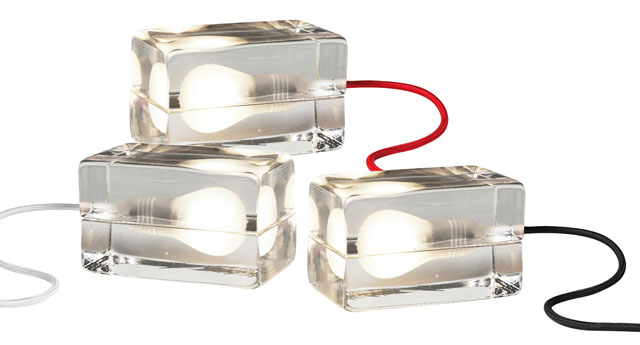 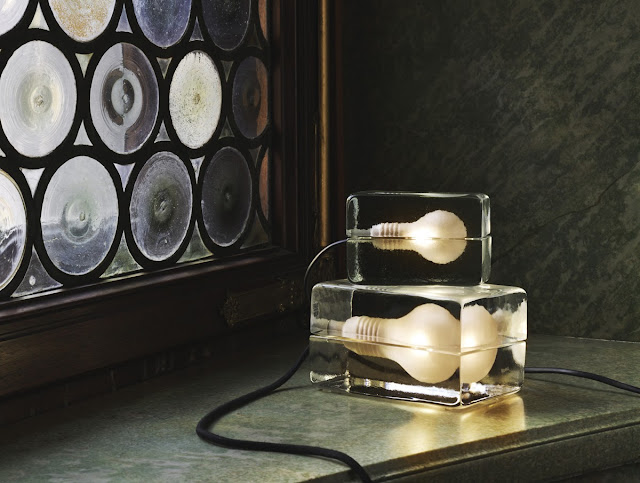 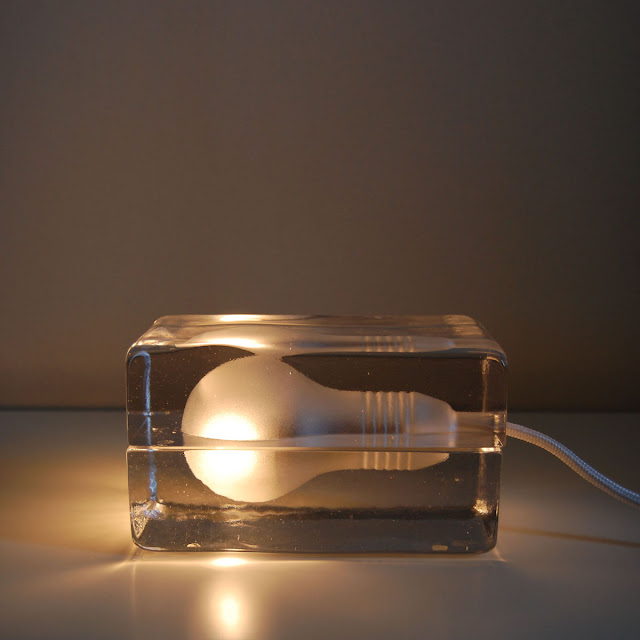 Finnish designer Harri Koskinen was inspired by industrial glass bricks when he created the Block Lamp, which is featured in the Museum’s collection. Two hand-cast glass blocks conceal a 25-watt candelabra bulb (not included) within a matte sandblasted bulb shape, creating the illusion of a common light bulb encased in glass. This anniversary edition features a red woven cord and can be placed on a floor or table for ambient lighting.

Let's save you some money!