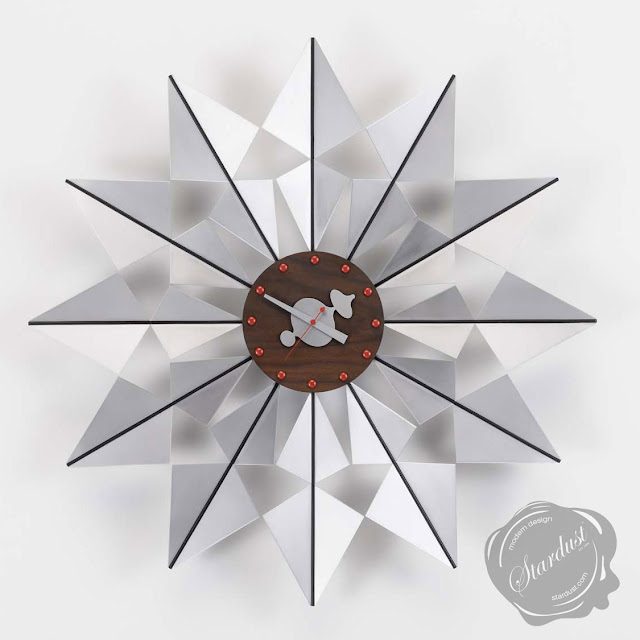 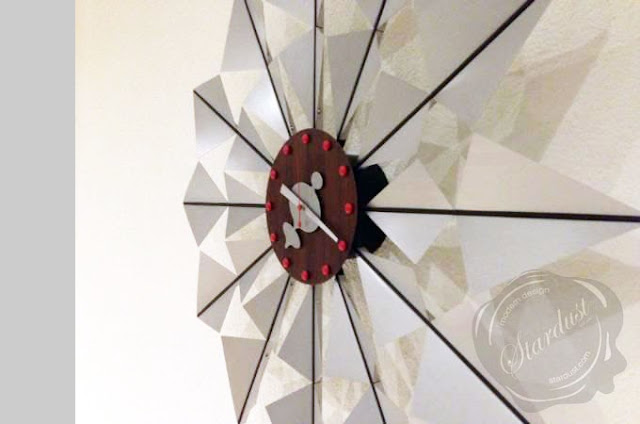 Looking cool!  The George Nelson Flock of Butterflies Clock at Stardust.  When writing about the course of his remarkable 50-year career, George Nelson described a series of creative "zaps"—moments of out-of-the-blue inspiration "when the solitary individual finds he is connected with a reality he never dreamed of." Nelson said that for a designer to deal creatively with human needs, "he must first make a radical, conscious break with all values he identifies as antihuman." Designers also must constantly be aware of the consequences of their actions on people and society. In fact, he declared that "total design is nothing more or less than a process of relating everything to everything." So he said that rather than specializing, designers must cultivate a broad base of knowledge and understanding. An early zap came in the 1930s, when he was an architectural student in Rome. Before returning home, an idea struck him: He would travel Europe and interview leading modern architects, hoping to get the articles published in the U.S. He succeeded, and in the process introduced the U.S. design community to the European avant-garde. This set in motion a sequence of what he called "lucky" career breaks that were really the inevitable outcomes of his brilliance as a designer, teacher, and author. 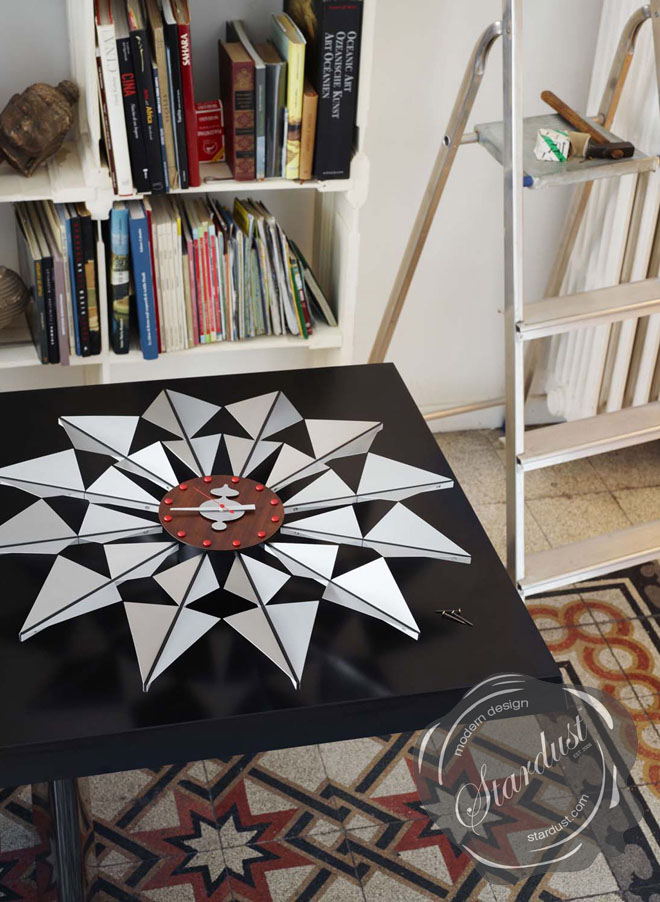 Installing the George Nelson Flock of Butterflies Clock is easy!

The Flock of Butterflies Clock is an icon of Mid-Century Modern Design.  Mid-Century modern is an architectural, interior, product and graphic design that generally describes mid-20th century developments in modern design, architecture and urban development from roughly 1933 to 1965. The term, employed as a style descriptor as early as the mid-1950s, was reaffirmed in 1983 by Cara Greenberg in the title of her book, Mid-Century Modern: Furniture of the 1950s (Random House), celebrating the style that is now recognized by scholars and museums worldwide as a significant design movement. Many consider Frank Lloyd Wright's principle movement of organic architecture combined with Arts and Crafts as an American jumping point for the aesthetic of Mid-Century Modern. However, one need only visit a Wright house interior to realize the Mid-Century modern movement in the U.S. was really an American reflection of the International and Bauhaus movements – including the works of Gropius, Le Corbusier and Mies Van Der Rohe. Though the American component was slightly more organic in form and less formal than the International Style, it is more firmly related to it than any other. Brazilian and Scandinavian architects were very influential at this time, with a style characterized by clean simplicity and integration with nature. Like many of Wright's designs, Mid-Century architecture was frequently employed in residential structures with the goal of bringing modernism into America's post-war suburbs. This style emphasized creating structures with ample windows and open floor plans, with the intention of opening up interior spaces and bringing the outdoors in. Many Mid-century houses utilized then-groundbreaking post and beam architectural design that eliminated bulky support walls in favor of walls seemingly made of glass. Function was as important as form in Mid-Century designs, with an emphasis placed specifically on targeting the needs of the average American family. Eichler Homes – Foster Residence, Granada Hills. In Europe the influence of Le Corbusier and the CIAM resulted in an architectural orthodoxy manifest across most parts of post-war Europe that was ultimately challenged by the radical agendas of the architectural wings of the avant-garde Situationist International, COBRA, as well as Archigram in London. A critical but sympathetic reappraisal of the internationalist oeuvre, inspired by Scandinavian Moderns such as Alvar Aalto, Sigurd Lewerentz and Arne Jacobsen, and the late work of Le Corbusier himself, was reinterpreted by groups such as Team X including structuralist architects such as Aldo van Eyck, Ralph Erskine, Denys Lasdun, Jorn Utzon and the movement known in the UK as New Brutalism. Pioneering builder and real estate developer Joseph Eichler was instrumental in bringing Mid-Century Modern architecture ("Eichler Homes") to subdivisions in the Los Angeles area and the San Francisco Bay region of California, and select housing developments on the east coast. George Fred Keck, his brother Willam Keck, Henry P. Glass and Ludwig Mies van der Rohe created Mid-Century Modern residences in the Chicago area. Mies van der Rohe's Farnsworth House is extremely difficult to heat or cool, while Keck and Keck were pioneers in the incorporation of passive solar features in their houses to compensate for their large glass windows. Source: Wikipedia 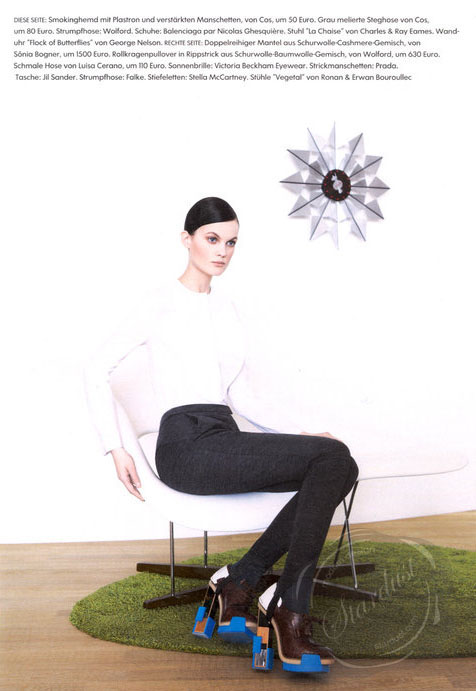