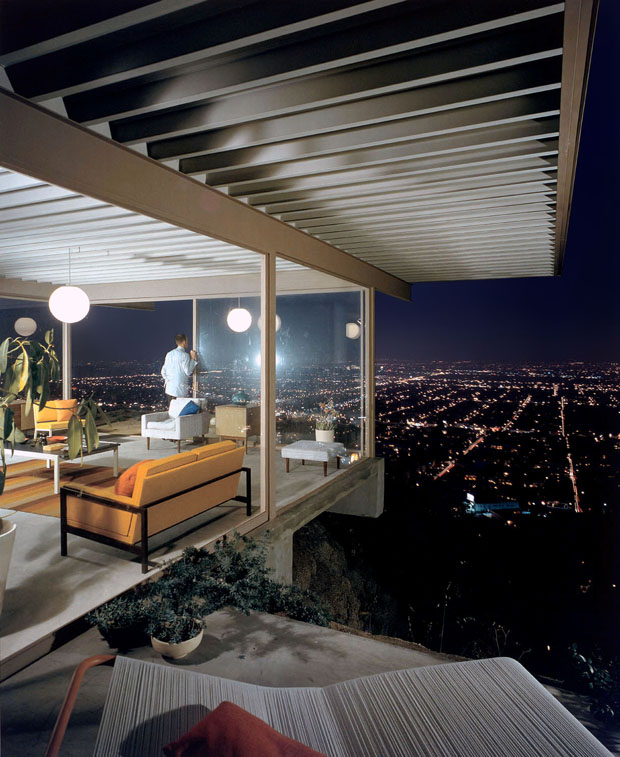 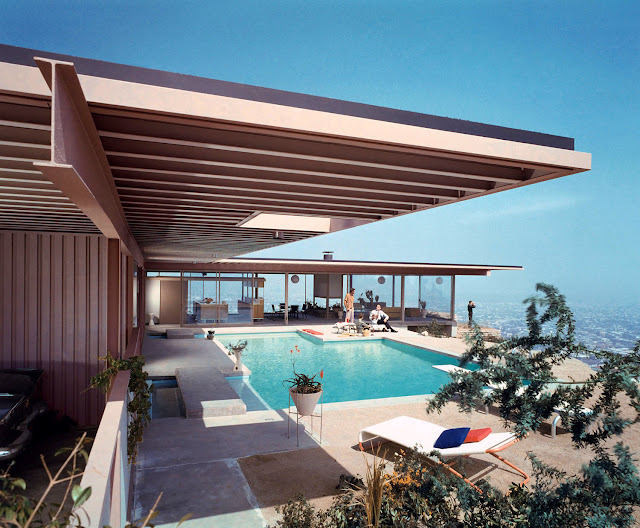 Pierre Koenig designed the Stahl House with all rooms facing the minimalist swimming pool spanned by a concrete footbridge that easily linked the car parking space with the entrance. Pierre Koenig created Case Study House #22 is a pavilion made of steel, framing 20-foot wide elements of glass that defined the inner space; a minimal and elegant design. 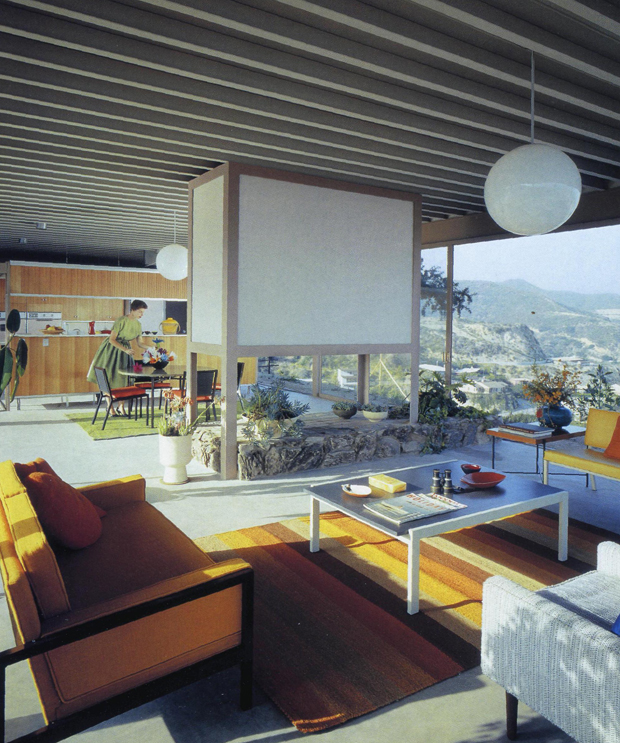 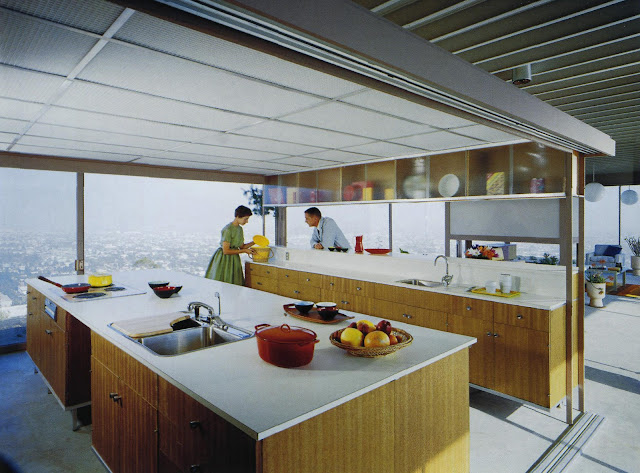 In 1999, it was declared a Los Angeles Historic-Cultural Monument. In 2007, the American Institute of Architects listed the Stahl House as one of the top 150 structures on its "America's Favorite Architecture" list, one of only 11 in Southern California, and the only privately owned. 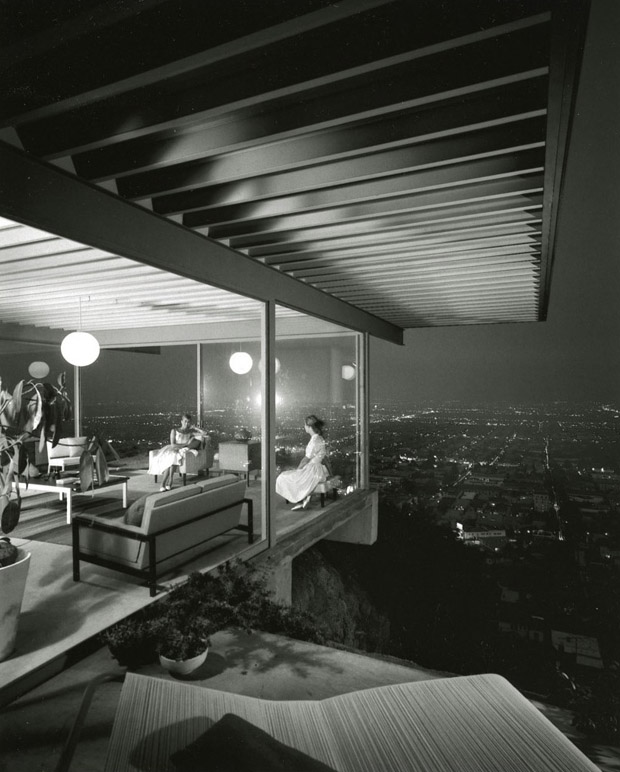