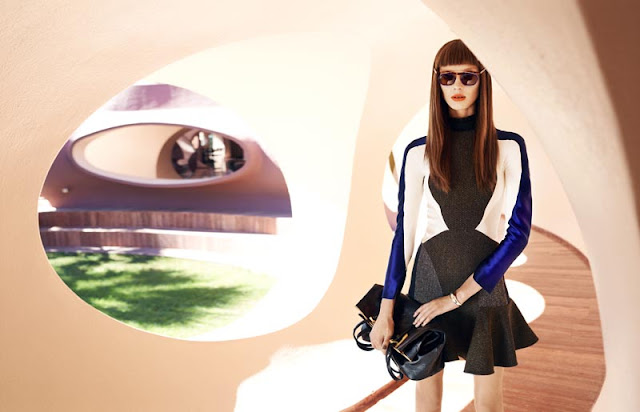 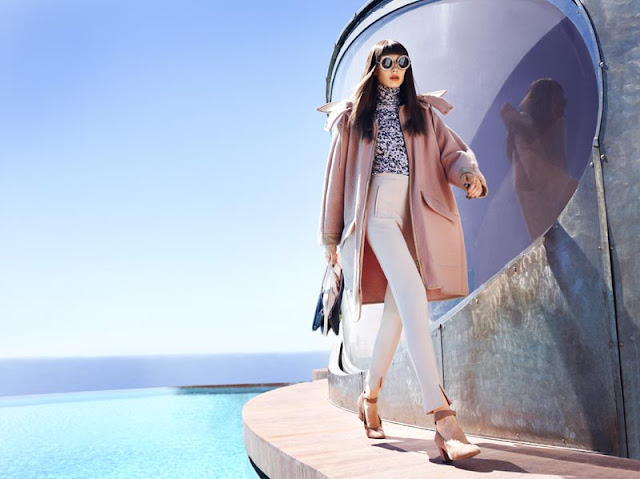 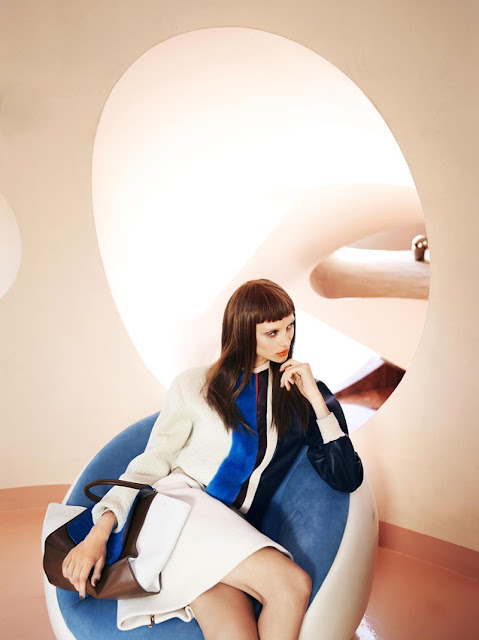 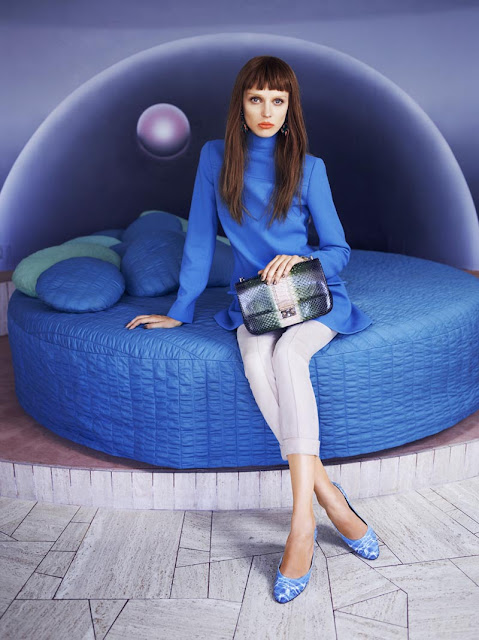 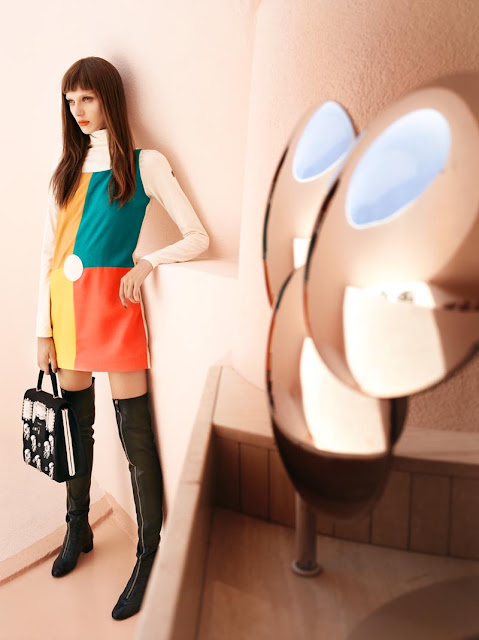 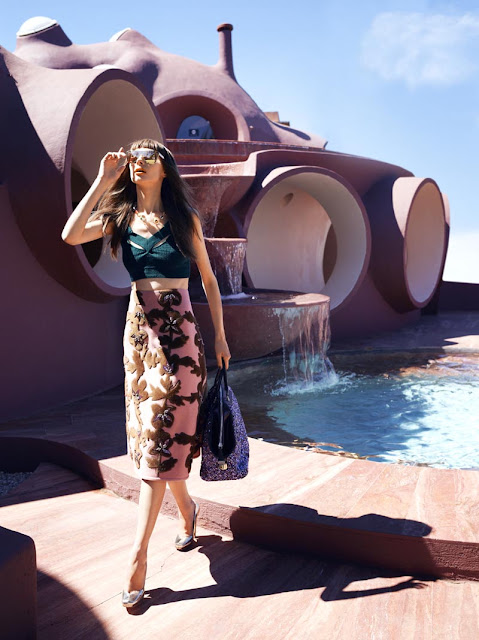 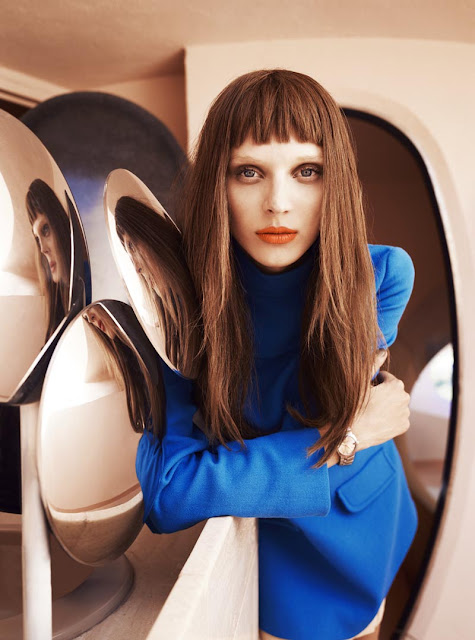 Beautiful photography by Marcin Tyszka staring Olga Sherer for Elle France. Le Palais Bulles (also known as the Bubble Palace) was designed by architect Antti Lovag in 1970. This fabulous Space Age villa is located in the Cote d'Azur region of Southern France. Ever since it was created, it has become an infamous hang-out and late night party scene of the European social scene. Overlooking the sea, a cascade of soft curves in the colors of rocks appears in the corners of Théoule-sur-Mer, a small town located in the French Riviera. Le Palais Bulles, with its round windows glittering in the sun, seems to belong to another world. It is the collector and couturier Pierre Cardin, who in the 1970s, fell in love with the work of space age architect Antti Lovag. According to Pierre Cardin, he acquired an architectural folly after seeing Antti Lovag's work. "My intention was to build a house, and it was thought that this was the place where one could find an architecture that could surprise the world," he says. And without any question, entering the futuristic Palais Bulles is an experience of a life time.

At the Palais Bulles, the eccentricities of Lovag Antti cover 1 200 m². Besides a 500-seat amphitheater which hosts various cultural events and parties, the house itself has a reception room, a panoramic lounge and 10 bedroom suites, all designed by contemporary artists. Outside, a pool, ponds and garden form an area of 8 500 m². Everything, from floor to ceiling, from outside to inside, consists of space age spherical forms. The light penetrates the Mediterranean generously by countless windows: a working artist where the shadows play with curves to draw pictures of real light. Le Palais Bulles is shaped "like a body of a woman, says Pierre Cardin" everything is absolutely sensual. " An invitation to dream ...or to contemplate sensual acts. For the architect, this revolution of the habitat is primarily a return to roots, a return to fundamental principles of ancestral homes (caves, cave houses, etc.). So forget about Mies van der Rohe, sharp corners, structure, etc. Le Palais Bulles is all about curves, as nature itself.

Born in Hungary in the 1920s, Antti Lovag took his first course of Naval Architecture in Stockholm Sweden. After this, he moved for his studies to Paris France. In the early 1960s he began to consider a radically different architecture, along with Jacques Couëlle, and inspired by the forms of nature to imagine a more natural home in harmony with human morphology. Antti Lovag said he was now a "habitologue" and he extended the principles of his work in all parts of the house: the furniture fits the curves and becomes multi-functional, the light is broken, but between direct and natural elements such as water or rock, have their place within the building. In 1971, Antti Lovag built his first bubble-house for the French industrialist Pierre Bernard. In 1975, Antti Lovag started the work on Le Palais Bulles for Pierre Cardin which took until 1989 to complete. His third bubble home, the "house Gaudet was built between 1986 and 1989 in Tourette-sur-Loup (France), and was classified a historical monument by the Ministry of Culture in 1998. Pierre Cardin has said "Here, I found the place that allowed me to incorporate what I had dreamed and collected, possibly for a future museum. It is certain that in 10 or 15 years it will have great cultural design resonance".

"Here, I'm happy" said Pierre Cardin and "if there is a paradise, at least I'd like it to be like this", and he walked off to welcome some guest for a late-night party...