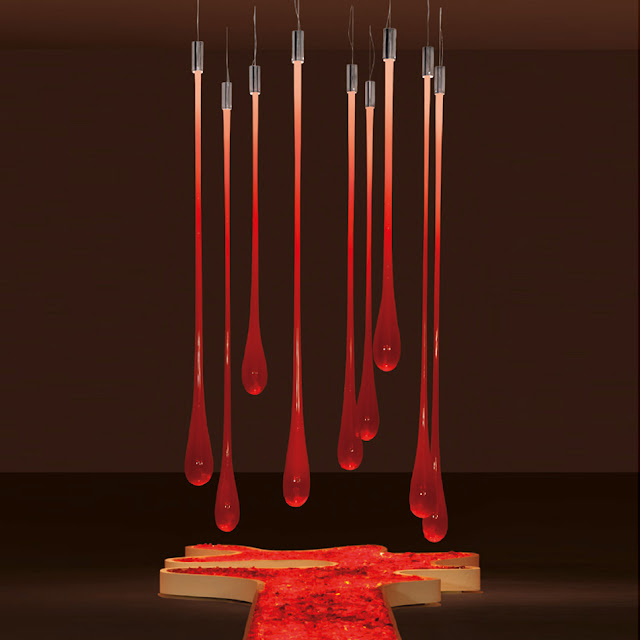 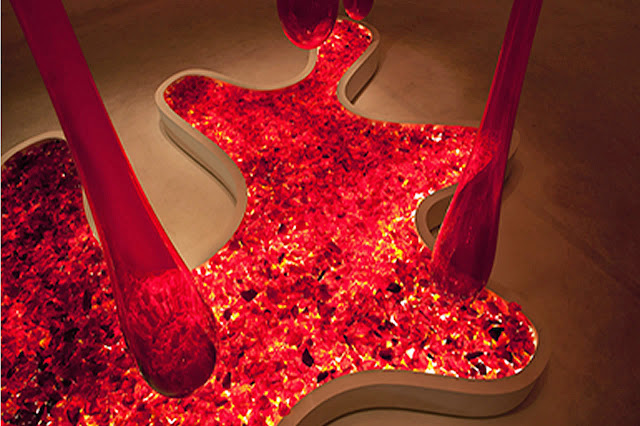 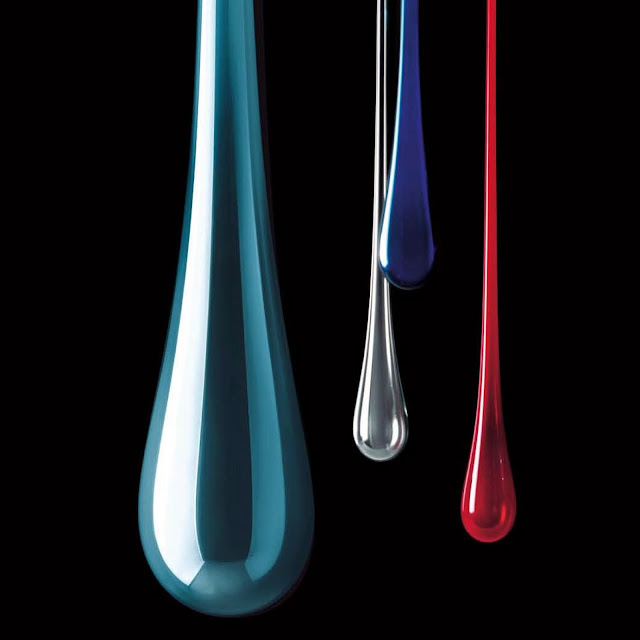 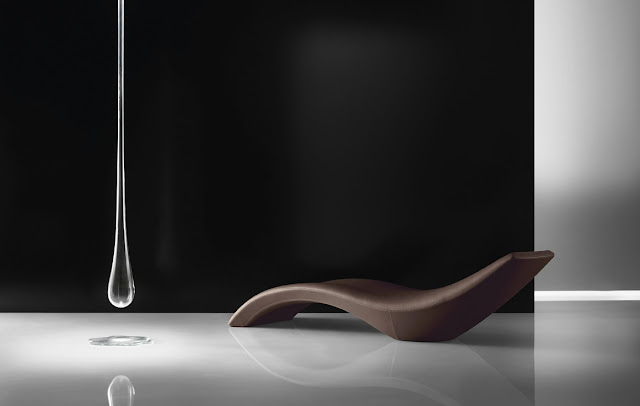 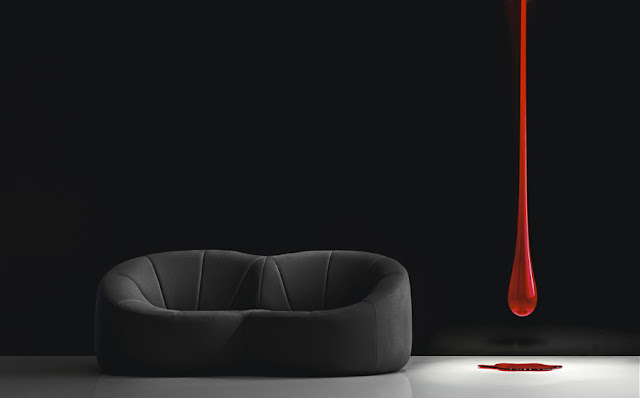 Leucos in partnership with Stardust introduces Danilo De Rossi's iconic GLO' pendant lamp, a Stardust Staff Pick!  The concept of the GLO' lamp was based on the designer's study of the deﬂection of light rays by a spherical water drop. When a water drop is illuminated with sunlight it produces an amazing effect.  Danilo De Rossi successfully reproduced this effect into a wonderful Murano glass creation that was named GLO' and released by Leucos in Italy.  GLO' is an exquisite Murano glass pendant lamp that appears to be illuminated from within through its single recessed halogen light source above.  Hand blown in the old tradition of Murano glass, GLO' is a piece of art, as well as a lighting element.  Like a falling raindrop from the sky, the liquid-looking GLO's is more stunning than any other light fixture we have ever seen.   With a fluid shape that visually enhances any space, it certainly provides a spectacular atmosphere wherever it is placed. 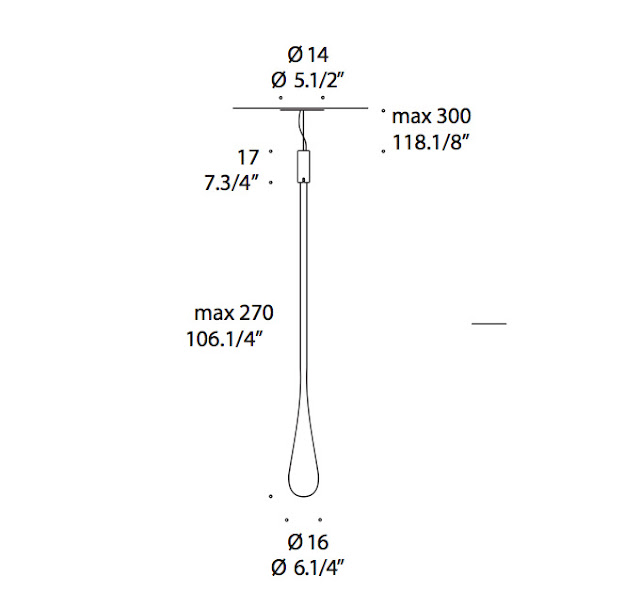