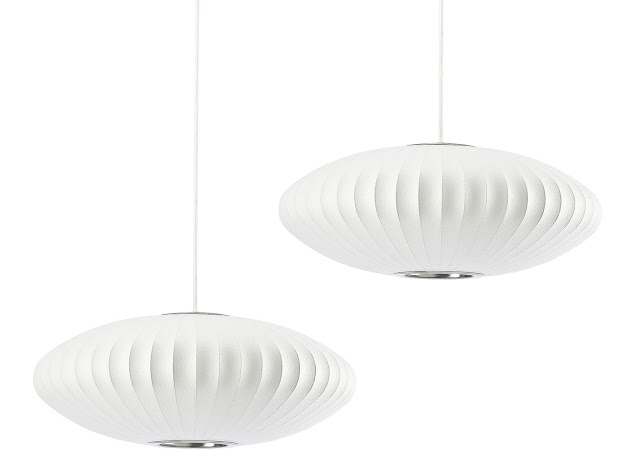 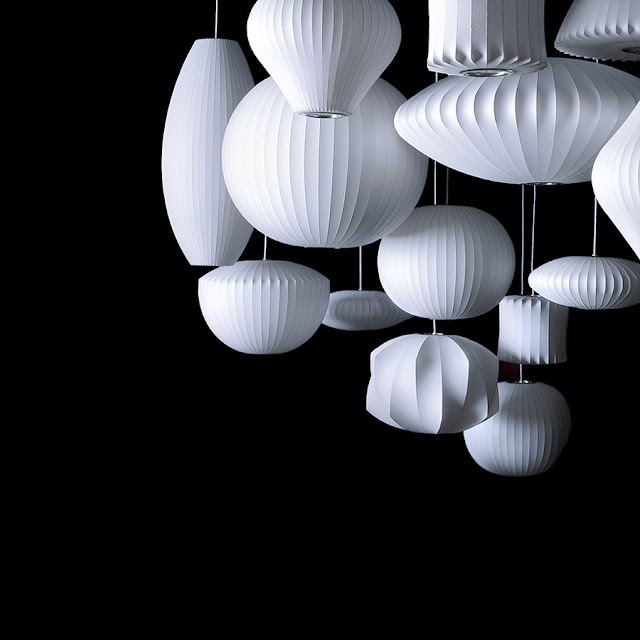 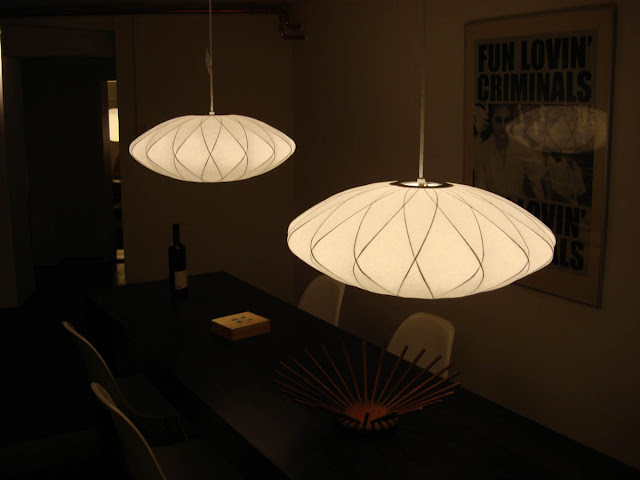 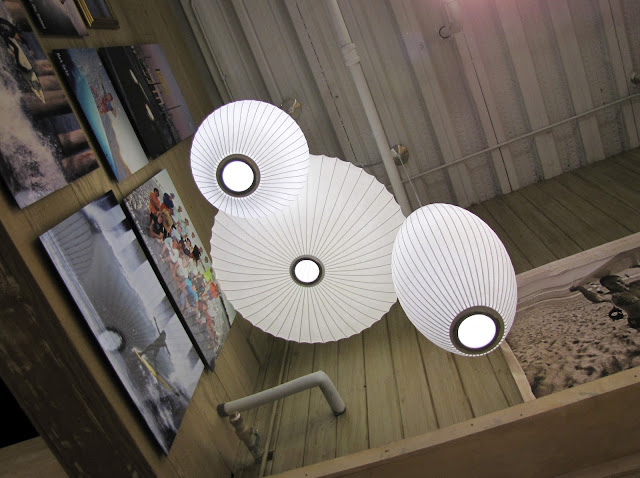 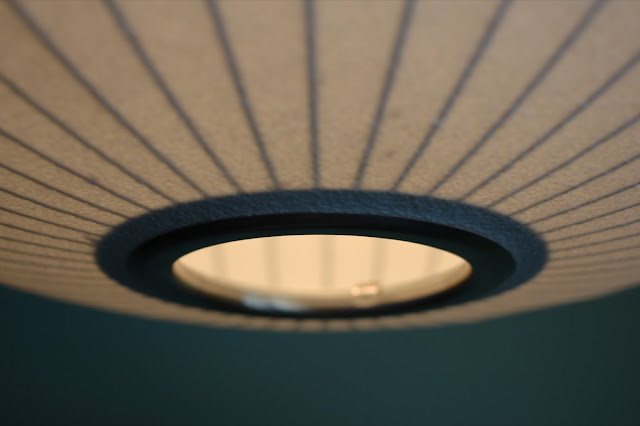 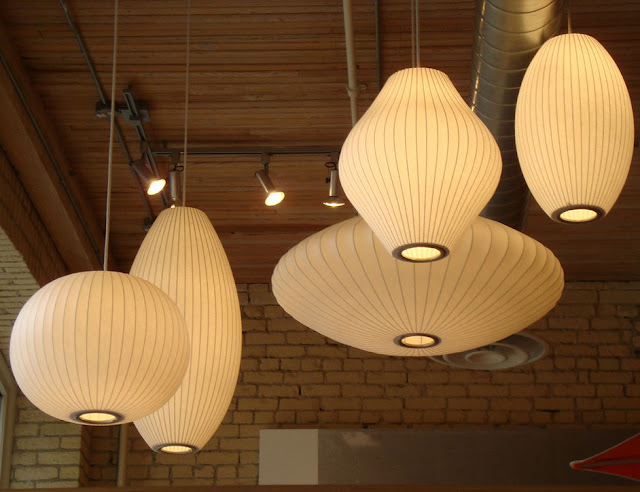 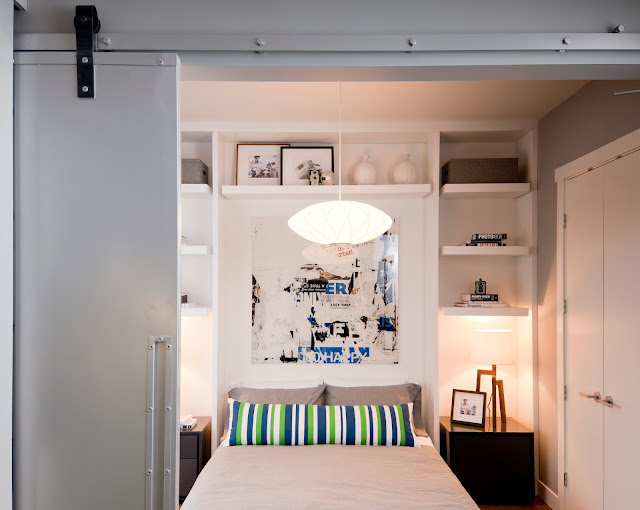 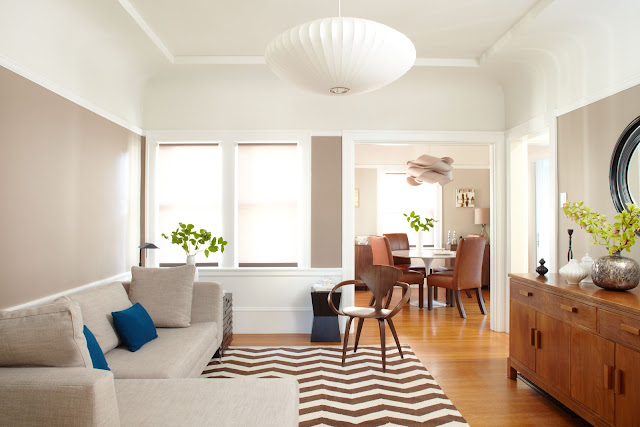 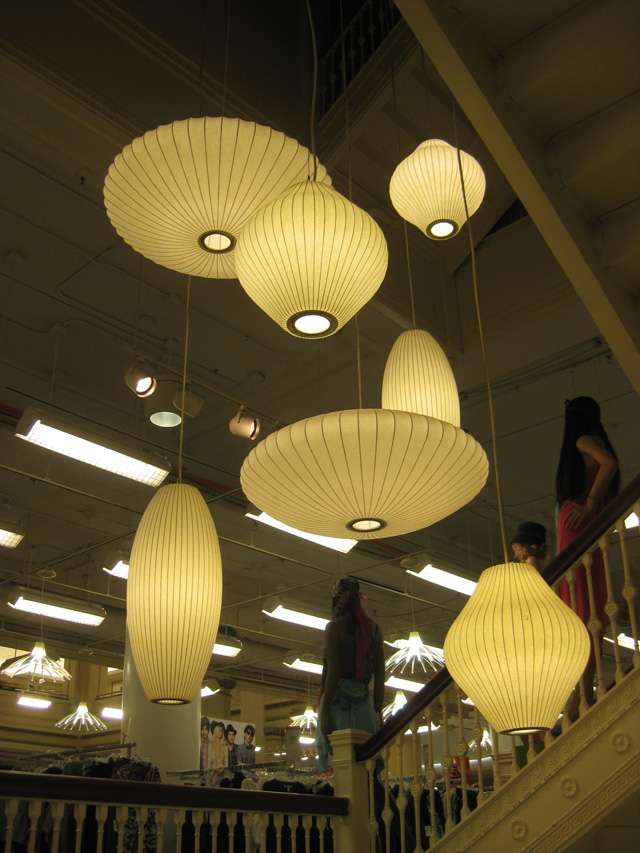 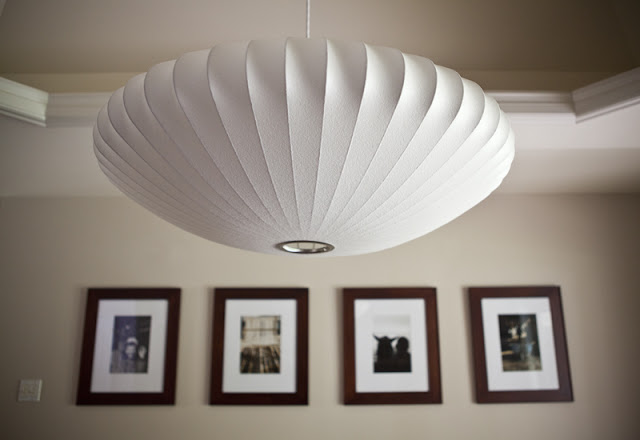 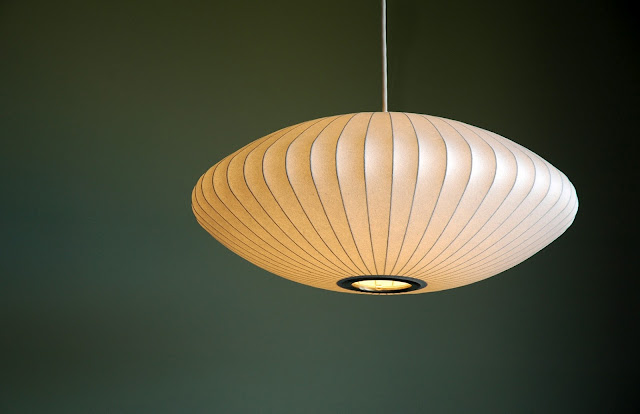 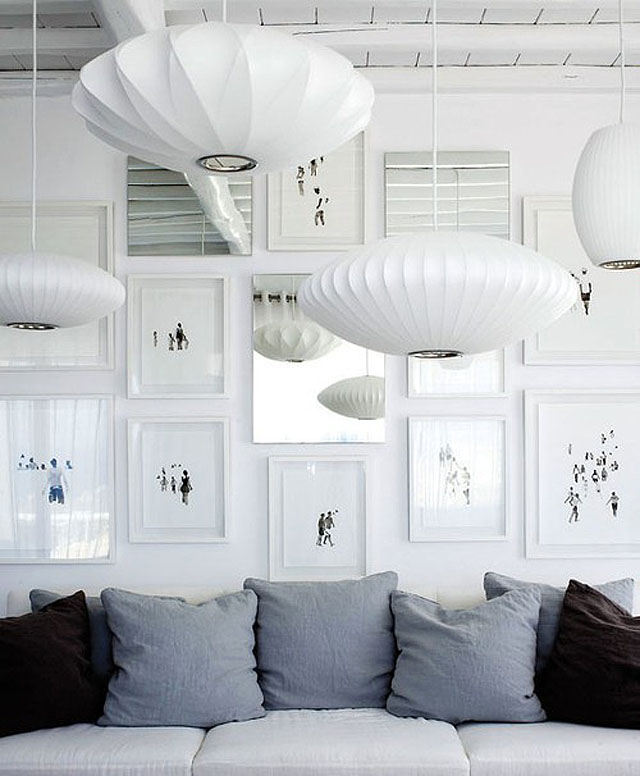 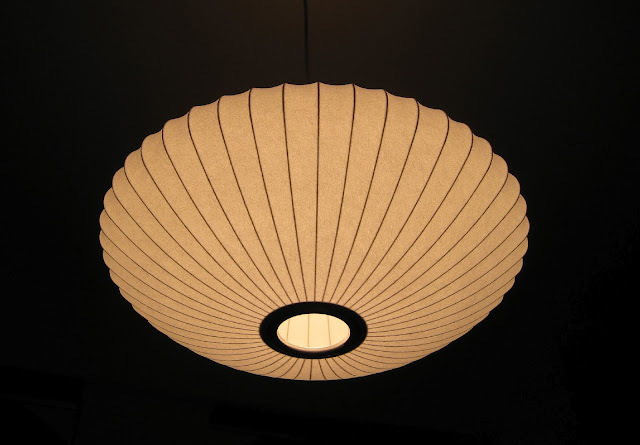 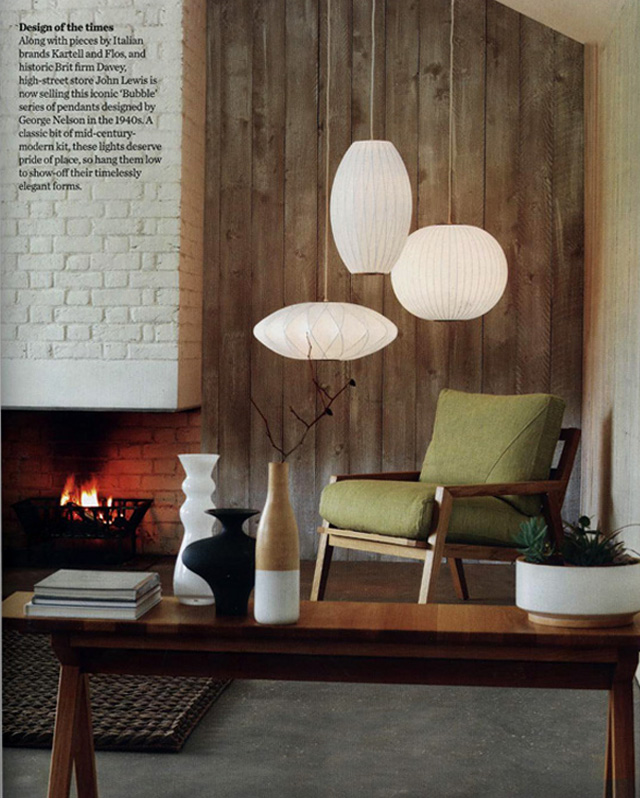 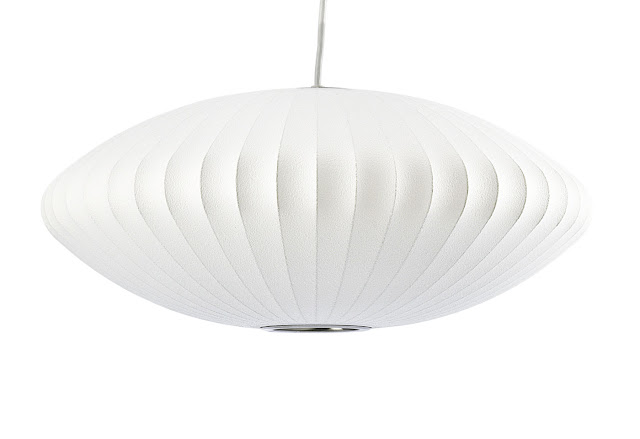 The George Nelson Bubble Lamp is an icon of American mid-century modern design.
Designed by one of the leading forces of American design; George Nelson.
If you're thinking of hanging a pendant lamp, we recommend trying one of these beautiful light fixtures over the dining table. Simple, clean, and classic! The special diffused shade gives off a beautiful glow, easy on the eyes and perfect for quiet relaxing dinners. And at this price, it is a super bargain. Looks great and it is easy to install. Trained as an architect, George Nelson found a fresh solution to lighting design in the organic forms of his famous "bubble" lamps. The lamps were produced in 1952 by spray coating a skeleton of steel wire with a layer of translucent plastic that allowed light to shine softly through and protected the eye from glare. The tautly stretched plastic emphasizes the simple forms and sculptural qualities of the lamps. Without a question, the George Nelson Bubble Lamps are a tried-and-true standard of the modern vocabulary. George Nelson designed the first lamps in 1947. These lamps with their simple sculptural shapes were constructed of an innovative taut plastic that coats a steel wire-frame. This unique design and use of materials prove to eliminate glare and provide an abundant yet diffused light, a quality which alone is unique to this material.

When writing about the course of his remarkable 50-year career, George Nelson described a series of "creative zap moments" of out-of-the-blue inspiration "when the solitary individual finds he is connected with a reality he never dreamed of".   An early zap came in the 1930s, when George Nelson was an architectural student in Rome. Before returning home, an idea struck him: he would travel Europe and interview leading modern architects, hoping to get the articles published in the U.S. He succeeded, and in the process introduced the U.S. design community to the European avant-garde. This set in motion a sequence of what he called "lucky" career breaks that were really the inevitable outcomes of his brilliance as a designer, teacher, and author.

The first break was being named an editor of Architectural Forum magazine. Working on a story there in 1942, he was looking at aerial photos of blighted cities when—zap!—he developed the concept of the downtown pedestrian mall, which was unveiled in the Saturday Evening Post. Soon after, another zap led to the Storagewall, the first modular storage system and a forerunner of systems furniture. The Storagewall was showcased in a 1945 Life magazine article, causing a sensation in the furniture industry. Herman Miller founder D.J. De Pree saw the article and was so impressed that he paid a visit to Nelson in New York and convinced him to be his director of design, which spurred Nelson to found his design firm, George Nelson & Associates. The warm, personal, and professional relationship between Nelson and De Pree yielded a stunning range of products, from the playful Marshmallow Sofa to the first L-shaped desk, a precursor of today's workstation.

During this same period, George Nelson and Associates created his landmark Bubble Lamp series which include his iconic George Nelson Saucer Lamp, George Nelson Ball Lamp, George Nelson Criss Cross Lamp among many others. First produced by Howard Miller, they are made according to the original specifications of George Nelson and fully authorized by the George Nelson estate. Using the George Nelson Bubble Pendant Lamps in your home is an effective way of adding light to your surroundings as well as adding something decorative and aesthetically pleasing to the eye. George Nelson pendant lights provide a soft diffused light and are the perfect light fixtures to have over dining tables. Geoge Nelson said that for a designer to deal creatively with human needs, "he must first make a radical, conscious break with all values he identifies as antihuman." Designers also must constantly be aware of the consequences of their actions on people and society. In fact, he declared that "total design is nothing more or less than a process of relating everything to everything." So he said that rather than specializing, designers must cultivate a broad base of knowledge and understanding. Nelson did so as few are able, and, with the help of well-timed zaps, he helped define modern, humane design. The George Nelson Bubble Lamp collection is featured in the permanent collection of the Museum of Modern Art in New York.