Down and Out in Milano; 1950s Style
The Birth of the Taccia Lamp
An Exclusive Story by Stardust Modern Design

Beautiful images from the Stardust Modern Design archives featuring the splendid Taccia Lamp by Achille Castiglioni.
A long time ago, in a galaxy far, far away, designers still took pride in their creations and only the best-of-the-best drawings made it to production.  Wait, that was only half a century ago! What happened?  Anyway, this mythical era is when Achille Castiglioni created his super duper awesome lamp. Of course it is part of the Stardust Modern Design Icon Collection. But let me tell you that I have an amazing story about how Achille Castiglioni came up with the Taccia design. I remember it as clearly as it was yesterday.  You will not read those types of stories in Dwell Magazine or Architectural Digest...let me tell you!  Read on below.... 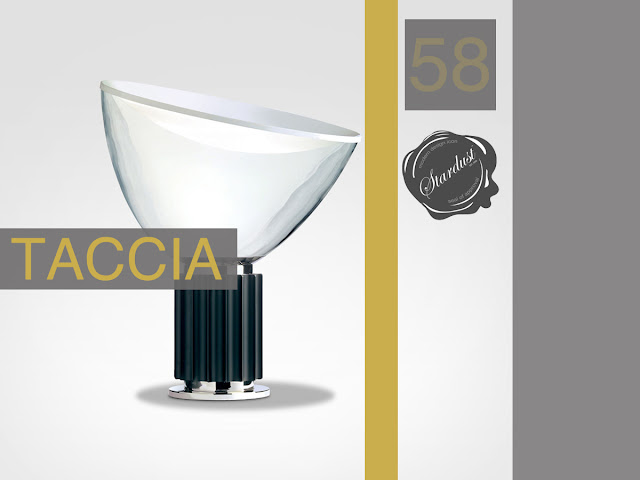 Set in late-19th-century Russia high-society, the aristocrat Anna Karenina enters into a life-changing affair with the affluent Count Vronsky (not to be confused with Veruschka von Lehndorff). One thing leads to another and Achille Castiglioni is born in 1918. I don't really remember how these two stories got connected but I guess it doesn't really matter. Fast forward to Achille Castiglioni's 40th birthday. The year is 1958 and I get invited by Livio to join him for a birthday party for his brother.  This happened to be Achille, the golden god of Italian design.  He was already pretty famous by then.  Achille had just returned from the world expo in Brussels and couldn't wait to show us his pictures of the Atomium which he described as "assolutamente magnifico".  This is a picture he took:

Of course we were not alone since Livio had invited the who's who in the fields of Italian design and architecture. Gio Ponti, Franco Albini, Marco Zanuso, Carlo Mollino were all there. Piero Fornasetti arrived late as usual but no offense. We were all used to his behavior.  And Carlo kept on showing his erotic Polaroids which we all loved by the way.  So we were all enjoying the party and had a wonderful birthday cake which Livio had made himself. It was pretty good, let me tell you! No corn syrup or any other GMO crap at that time!  Just pure Italian 1950s goodness.  La Dolce Vita.  Achille really wanted to know the recipe but Livio didn't budge. What happens next is the stuff dreams are made off.


Over Espresso, Livio and Achille started talking about the rise and fall of the Roman Empire. It sure was a lively conversation since Roman history was very dear to all of us. But nobody seemed to be able to agree on the subject of the Roman Columns at the local Colosseum. Achille stated that he had a strong preference for the Doric Columns but Livio clearly preferred the Ionic. Gio and Carlo couldn't care less and left. But Achille and Livio kept on talking about these darn Columns. They did agree on one thing however; the Corinthian Columns were just a bit over the top.  Next thing you know Achille Castiglioni took a pencil out of his left pocket and started drawing columns on his paper napkin. Before we had time to realize it, Achille had drawn a short version of a Doric column with a crescent shape on top. That will be my next lamp design he proclaimed while giving a big hug to Livio!

And that's basically how the design of the Taccia lamp came about.  Again, I still remember it as if it happened yesterday.  It still took four years for Flos to fine-tune the design however since it was a pretty complicated lamp.  But when it was eventually released in 1962; it took the world by storm. Perhaps not a good expression with all the storms we are having recently but never the less; it proved to be a very popular lamp.

Achille Castiglioni said of Taccia in a 1970 interview: "We consider it the Mercedes of lamps, a symbol of success: perhaps because it looks like the shaft of a classical column. We certainly weren't thinking of prestige when we designed it. We just wanted a surface that would stay cool". And it has remained a cool lamp ever since!  I still don't understand why he compared it with Mercedes since I know he admired the 1958 Ferrari 250 'Testa Rossa'. But Achille was always humble with those things so it's understandable. 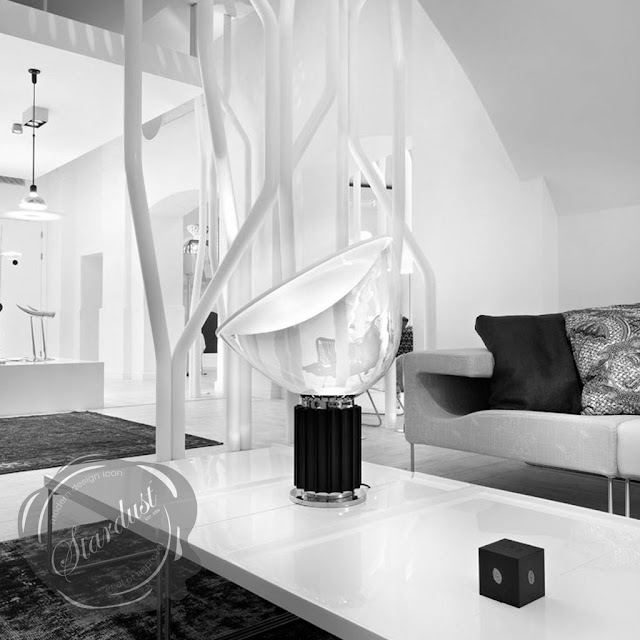 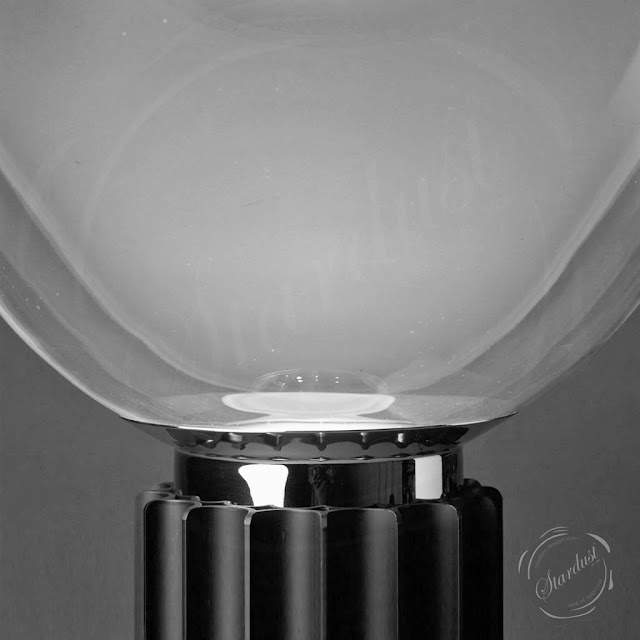 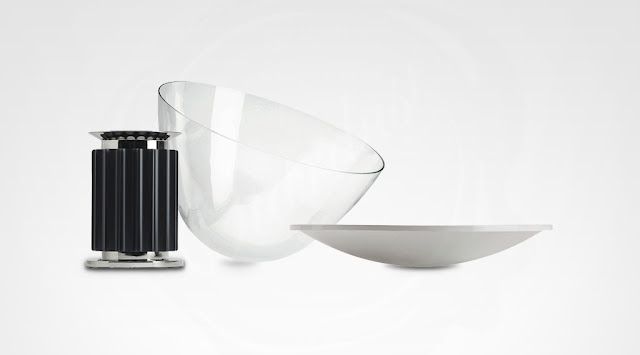 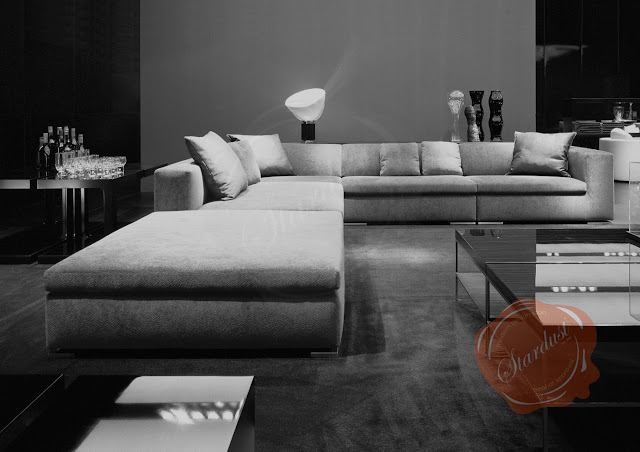 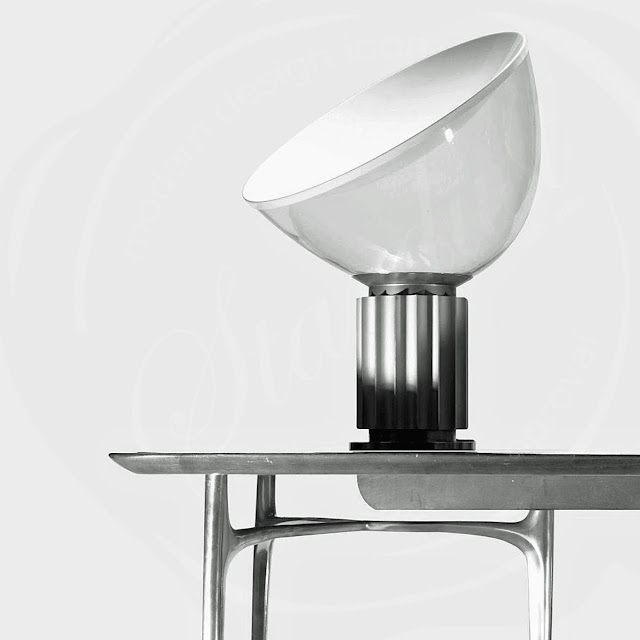 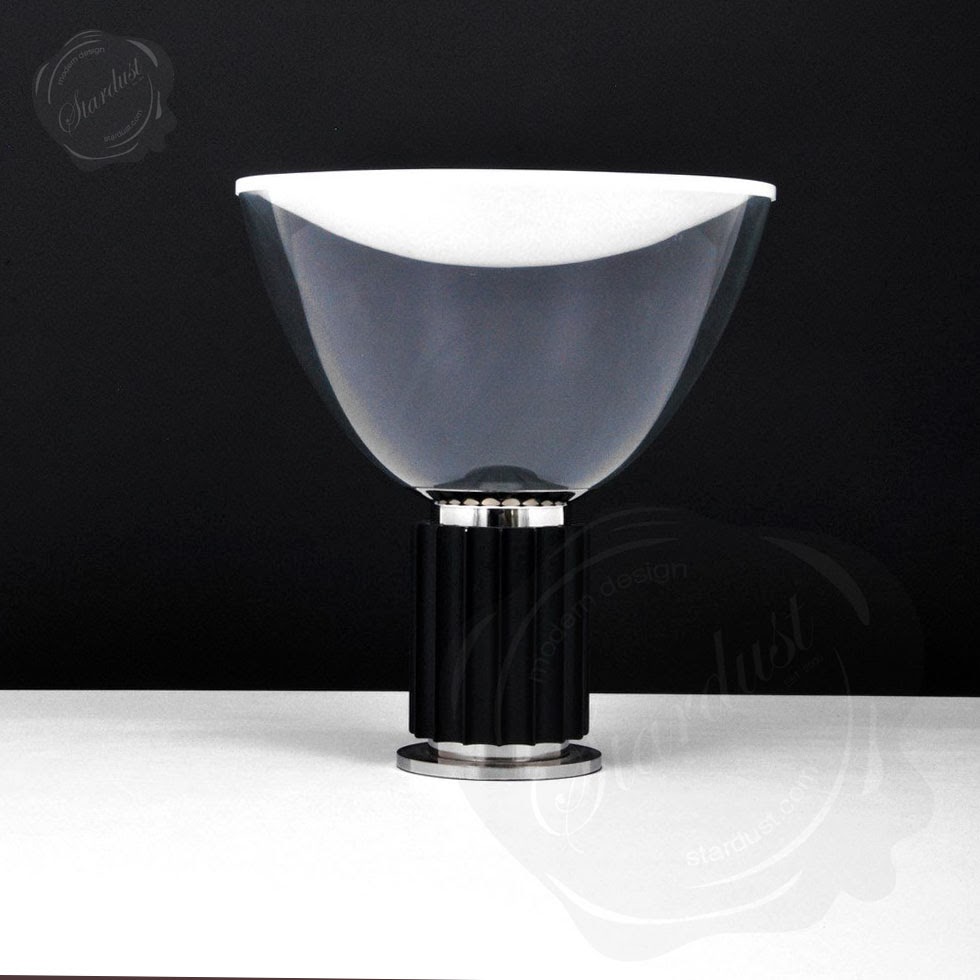 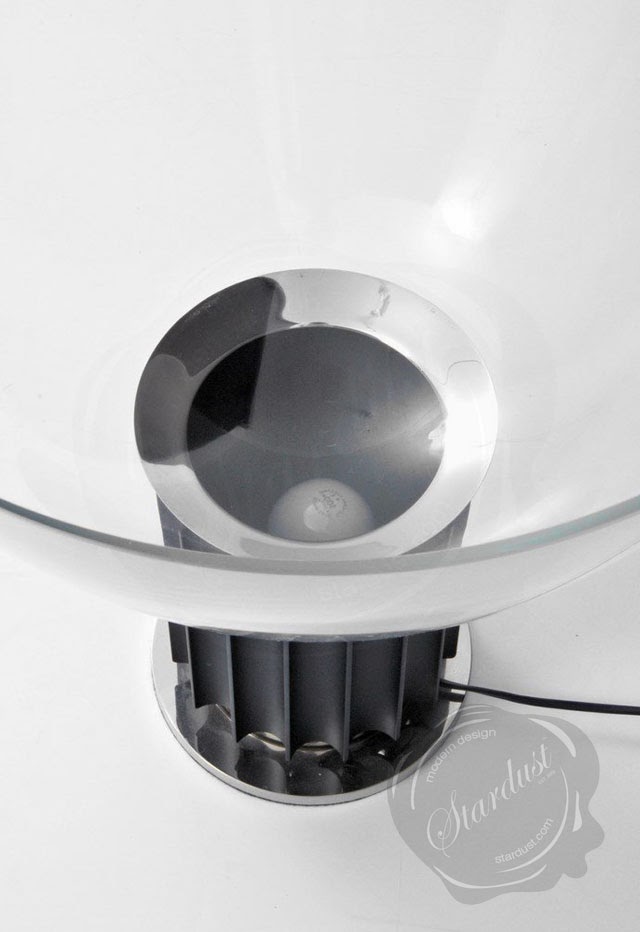 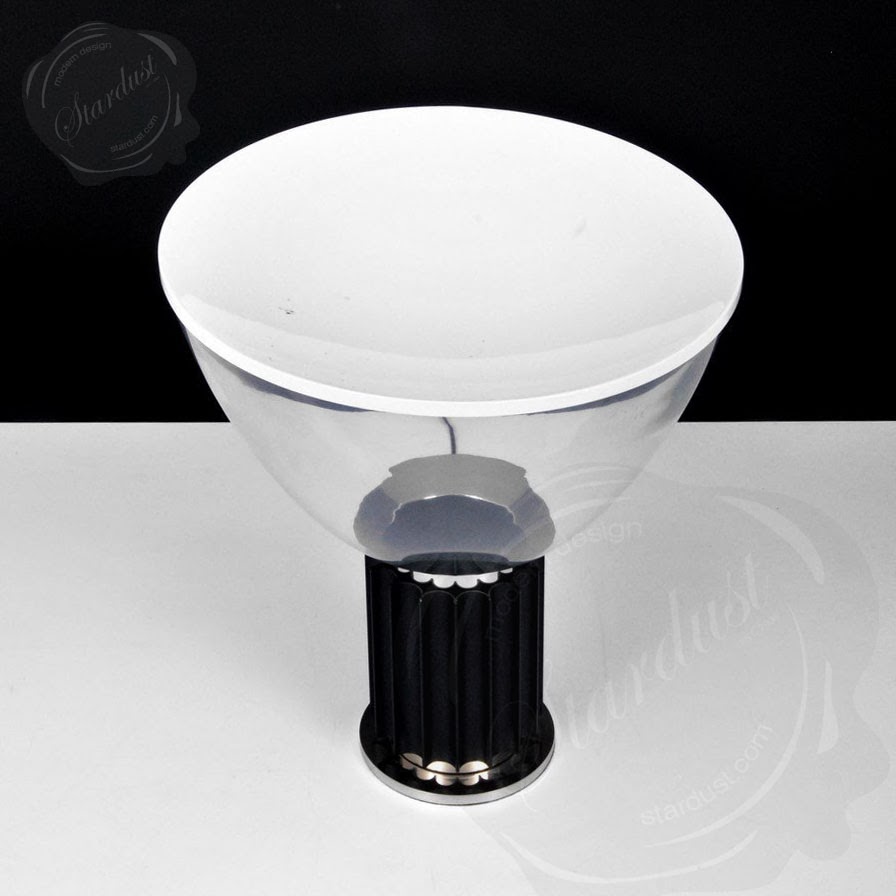 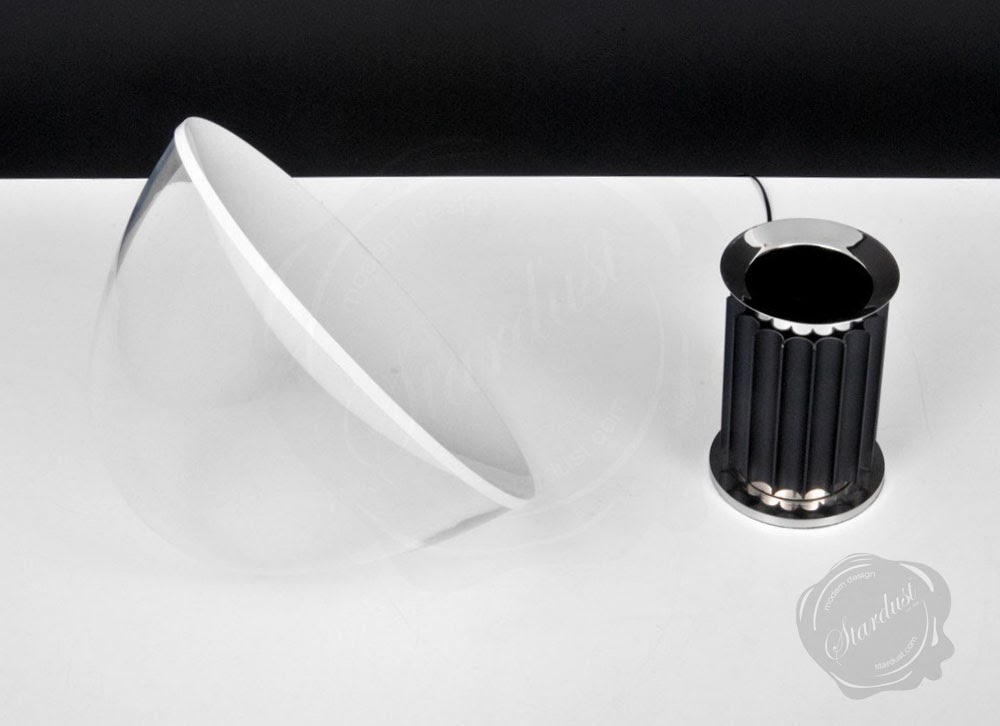