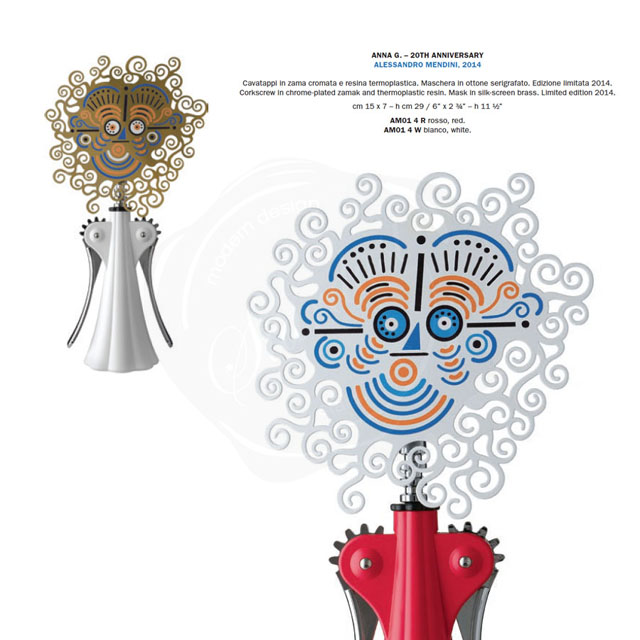 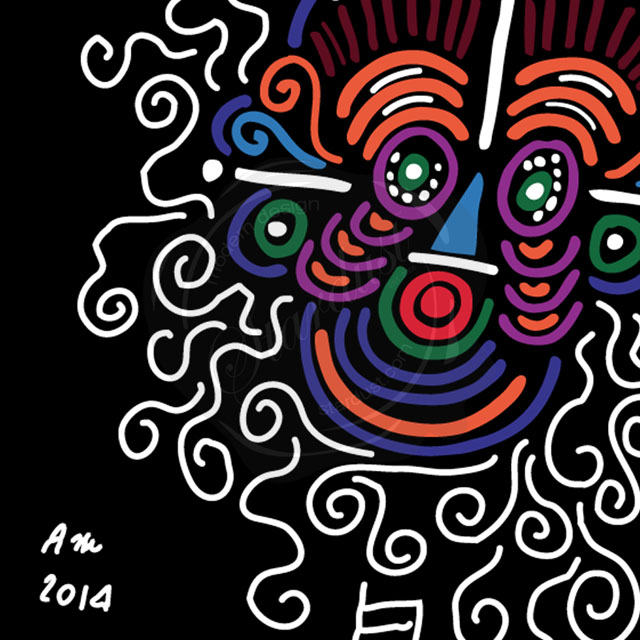 This year marks the 20th anniversary of the “Anna G.” corkscrew. To celebrate this lucky object, one of the most iconic in our catalogue in recent decades, we asked Mendini to design two special versions for limited production in 2014. “Few people are aware that the moniker of the corkscrew “Anna G.” comes from the name of a real person, Anna Gili, a designer from Umbria, the one who designs animals. It was Alberto Alessi’s idea to propose this name, finding similarities between the image of the corkscrew and that of the real-life Anna: the hair style and long neck, the gaze, the dance-like movements. At the beginning of this project, I set as my point of reference the mannequins by Oscar Schlemmer, rooted in their dynamic theatre. And then I remembered, as a child, when my grandmother would open a bottle of wine at the table, it always seemed like a good performance, a kind of ritual ballet: the turning of the head, the arms moving up and down, the sound of the cork popping from the bottle. That’s when I decided on an anthropomorphic object. I made a drawing of a ballerina, a female figure. It was evident, though, that I had subliminally drawn a portrait of Anna; she had been the inspiration. I had created an actual, bonafide portrait, a “design portrait.” Now, as this object enters its twentieth year, it must be said that the name “Anna G.” truly did bring it luck. It was later presented officially at the Groninger Museum—which is also celebrating its twentieth anniversary— and since then, this corkscrew has enjoyed widespread exposure, becoming a symbiotic household icon. And now, to mark the event, I came up with a special edition. I’ve dressed “Anna G.” in a tribal dance mask, perhaps suited to the forests and legends of Umbria, perhaps suited to the theatrical exploits of the Bauhaus. A new, specially-designed performance for the occasion.”- Alessandro Mendini