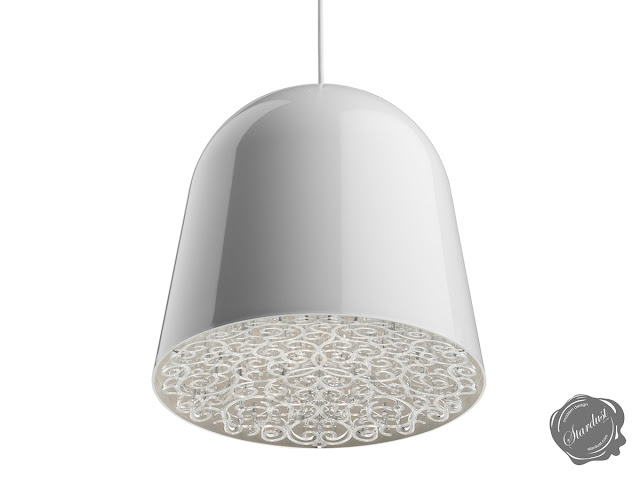 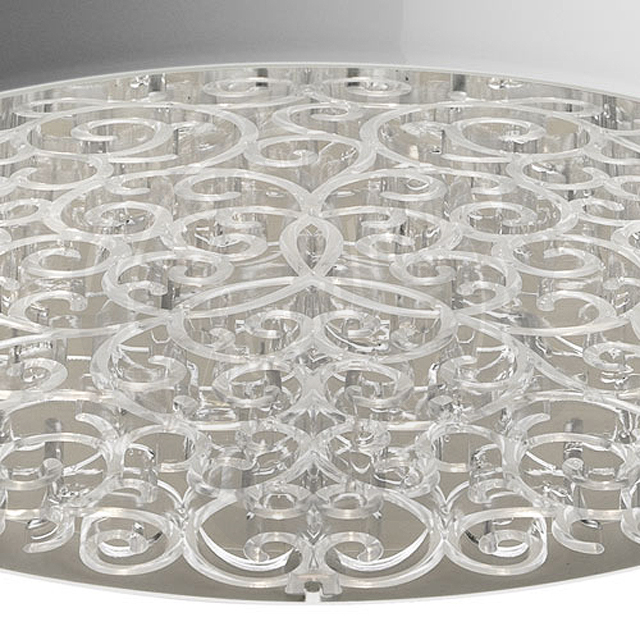 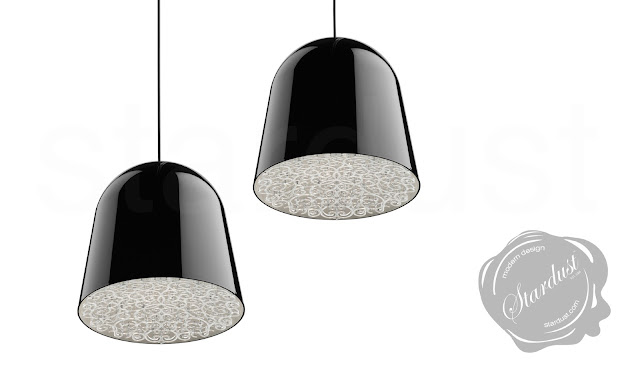 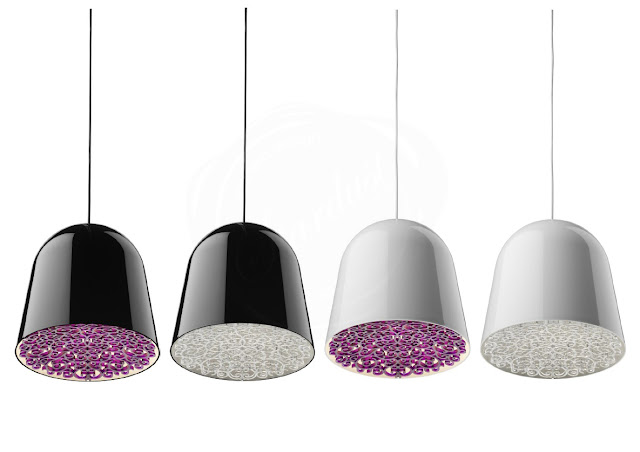 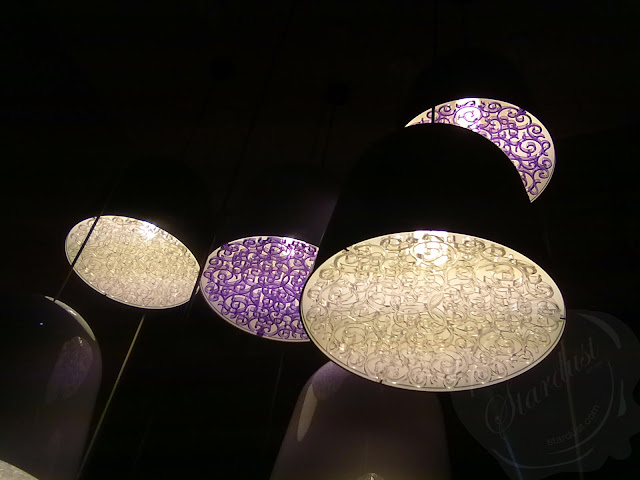 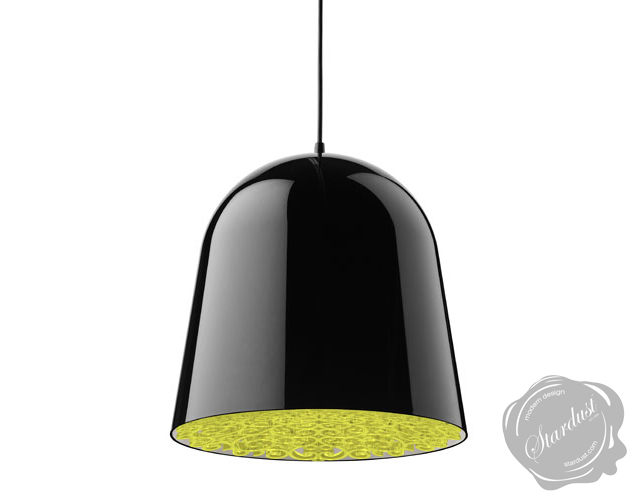 Flos Can Can by Marcel Wanders; uniquely brilliant. We at Stardust have a saying: ask not what your country can do for you - ask what you can-can-do for your country! We were always under the impression that Cancan was a Parisian dance, perfected by the lovely swinging ladies at the Moulin Rouge, but Marcel Wanders has proven us wrong. Can Can is a witty contemporary new creation by Dutch wunderkind-designer Marcel Wanders for Flos. From the outside Can Can looks perhaps like any other pendant lamp, but looks can be deceiving! If you are daring enough to take a peek under its outer skirt, Can Can reveals a most intricate pattern designed by Marcel Wanders. Turn on Can Can in a dark room and you'll see a tapestry of light as the polycarbonate filter breaks up the light bulb's beam. Simple and subdued at a distance, but decorative and bright when seen up close, the Can Can has been a protagonist in interior design editorials since it debuted at Euroluce Milan earlier this year. It is available with a black or white exterior and diffusers in transparent, yellow or fuchsia. 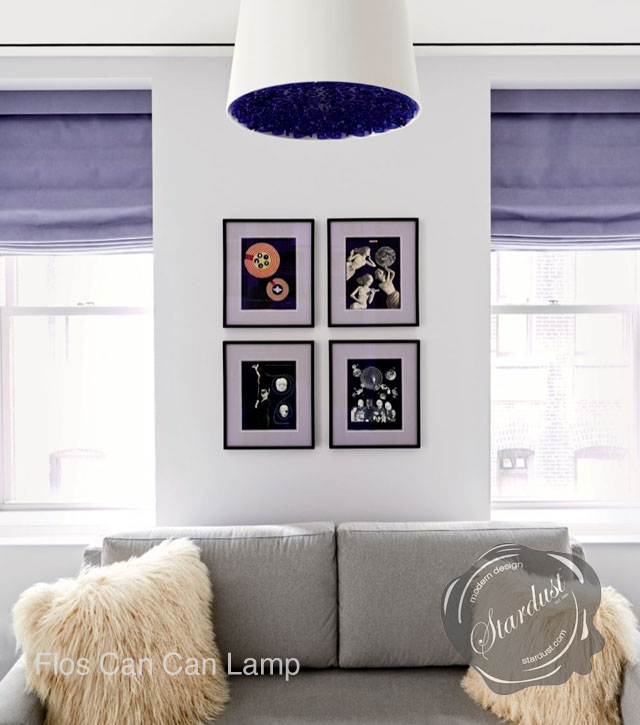 Marcel Wanders grew up in Boxtel, the Netherlands, and graduated cum laude from the School of the Arts Arnhem in 1988. Marcel Wanders’ fame started with his iconic Knotted Chair, which he produced for Droog Design in 1996. He is now ubiquitous, designing for the biggest European contemporary design manufacturers like B&B Italia, Bisazza, Poliform, Moroso, Flos, Boffi, Cappellini, Droog Design and Moooi of which he is also art director and co-owner. Founded in 2000, Moooi has grown into an internationally renowned design label. Additionally, Marcel Wanders works on architectural and interior design projects and recently turned his attention to consumer home appliances. Marcel was the editor of the International Design Yearbook 2005. In the same year, together with Chef Peter Lute, he established the extraordinary LUTE SUITES hospitality-concept, the first “all over city suites” hotel in the world. He also designed the interior of Blits, a new restaurant in Rotterdam and the interior of the restaurant ‘Thor’ at the Hotel on Rivington in New York including bar, lounge and private club. Marcel is the first and among the most important designers of Droog design. He was a juror for various prizes like the Rotterdam Design Prize (for which his own products were nominated several times) and the Kho Liang Ie prize. He lectured at SFMoMA, the Design Academy, Nike, IDFA, FutureDesignDays, has his products shown at the Stardust Modern Design showroom in California and has taught at various design academies in the Netherlands and abroad. Various designs of Marcel Wanders have been selected for the most important design collections and exhibitions in the world, like the Museum of Modern Art in New York and San Francisco, the V&A Museum in London, the Stedelijk Museum in Amsterdam, Museum Boijmans van Beuningen in Rotterdam, the Central Museum in Utrecht, Museum of Decorative Arts Copenhagen and various Droog Design exhibitions. Coverage on Marcel has been published in all leading design magazines and newspapers such as Domus, Interni, Blueprint, Design Report, Frame, I.D. magazine, Abitare, Stardust Modern Design, Wallpaper, Nylon, Elle decoration, Icon, Esquire, the International Herald Tribune, Washington Post, the Financial Times, the New York Times and Business Week.

Flos Can Can Lamp