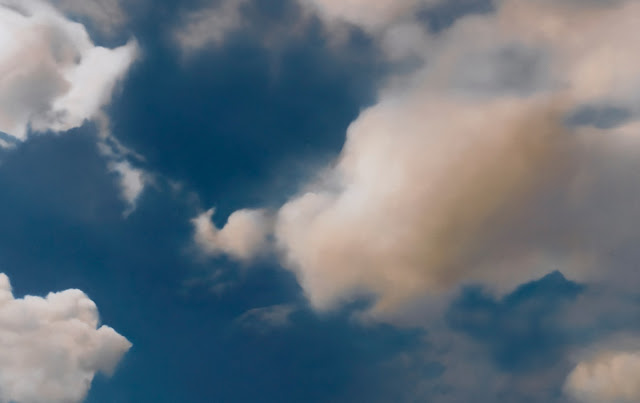 We at Stardust love this exceptionally beautiful Richter from 1976.  Gerhard Richter's Wolke was offered for sale at the Sotheby's Contemporary Art Evening Auction in London on February 12th 2013; lot 7 with a high estimate of 9,000,000 GBP. 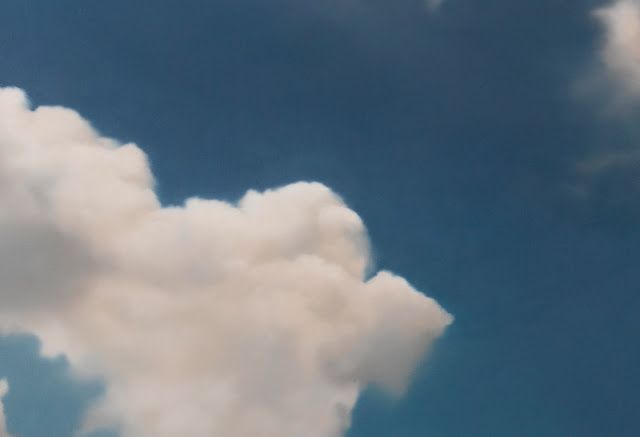 Emanating celestial light on a spectacular scale, the divine and immersive beauty of Gerhard Richter’s Wolke is utterly beyond reproach. Dislocated from terra firma, Richter’s fair weather fragment of sky is a masterwork of vaporescent forms and delicate sfumato brushwork. Radiating luminescent sunlit hues filtered through a harmonic miasma of soft ephemeral forms, this painting is undeniably indebted to a long and familiar legacy of art historical heritage. Readily evocative of the Romantic and sublime landscapes of Caspar David Friedrich, John Constable’s famous cloud studies, the atmospheric light effects of Turner, as well as drawing on the cloud’s symbolic value as heavenly furniture in Renaissance and Baroque painting, the present work instantly conjures an encompassing transhistorical field of references, whilst remaining resolutely contemporary. Though drawing on a Nineteenth Century Romantic lineage and inescapably evoking a religiously loaded semiotic legacy, the artist’s fascination with clouds extends into an exploration of chance in painting - the ultimate expression of which was later refined from the 1980s onwards via the Abstrakte Bilder. Considered a deeply important facet in the encompassing trajectory of Richter’s career, many of the Cloud Paintings reside in numerous prestigious museum collections worldwide. Bearing a great similarity to Wolken (1970) housed in the Museum Folkwang, Essen, the present work’s formal and imposing beauty also rivals the National Gallery of Canada’s Cloud Triptych (1970), a work that recently formed a centrepiece in the touring Panorama retrospective. Representing the most pluralistic of thematic inquiries, the Cloud Paintings, more so than any other modality in Richter’s vast pantheon of subjects and media, forcefully straddles the readily drawn schism separating Richter’s abstract works from the hyperreal Photo Paintings. All at once, the stunning appearance of Wolke foregrounds religion, history and artistic inheritance within the complex debate for painting’s legitimacy in the later Twentieth Century. 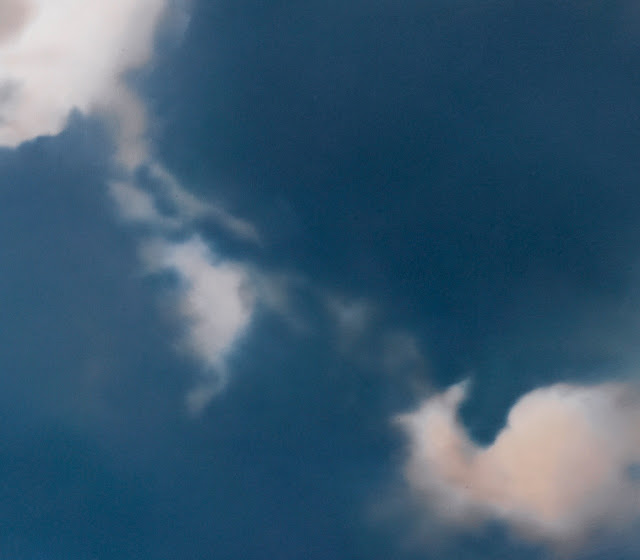 First initiated during the early 1970s simultaneous with the group of Photo Paintings of close-up paint swirls, Richter’s Clouds offered a natural model for the indefinite and utterly indeterminate; an equation no less inverted within the very nascent abstract works via their semblance of natural landscape – a precedent that would later confer naturally referential titles upon many of Richter’s abstracts, such as Rain (1988), Eis (1989) or Forest (1990). Speaking of the latter in 1990 Richter explained: “I want to end up with a picture I haven’t planned. This method of arbitrary choice, chance, inspiration and destruction may produce a specific type of picture, but it never produces a predetermined picture … by not planning the outcome, I hope to achieve the same coherence and objectivity that a random slice of Nature (or Readymade) always possesses" (Gerhard Richter, Notes 1990). 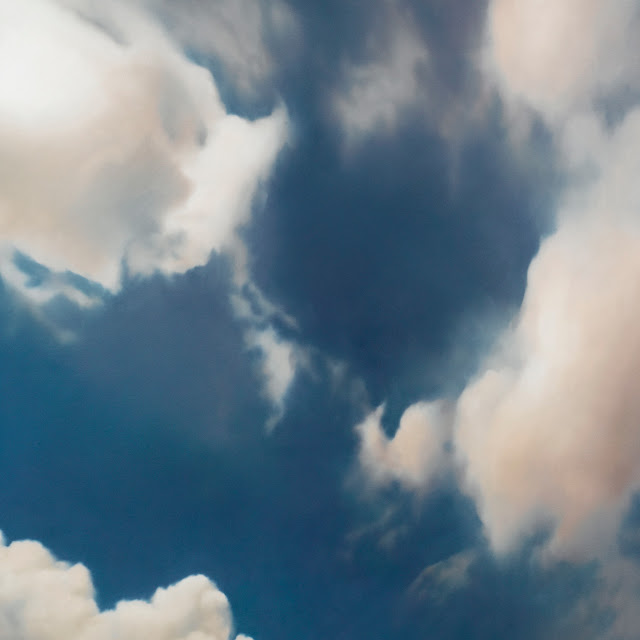 As both abstract forms and photorealist paintings, these works represent the most metamorphic and multidimensional of Richter’s career – significantly, it was this body of work that conceptually furnished and facilitated the artist’s transition into full painterly abstraction in the late 1970s. Visually defining ontological openness, the present work simultaneously stands among the most beautiful and stunning of Richter’s career whilst representing the most transgressive, symbolically redolent and conceptually pluralistic motifs ever translated by the artist into paint. All aspects of the artist’s philosophical, historical and aesthetic concerns are subtly concentrated into the glorious miasma and ethereal sfumato that constitutes Gerhard Richter’s Wolke.
art art at auction art icons contemporary art the art curator