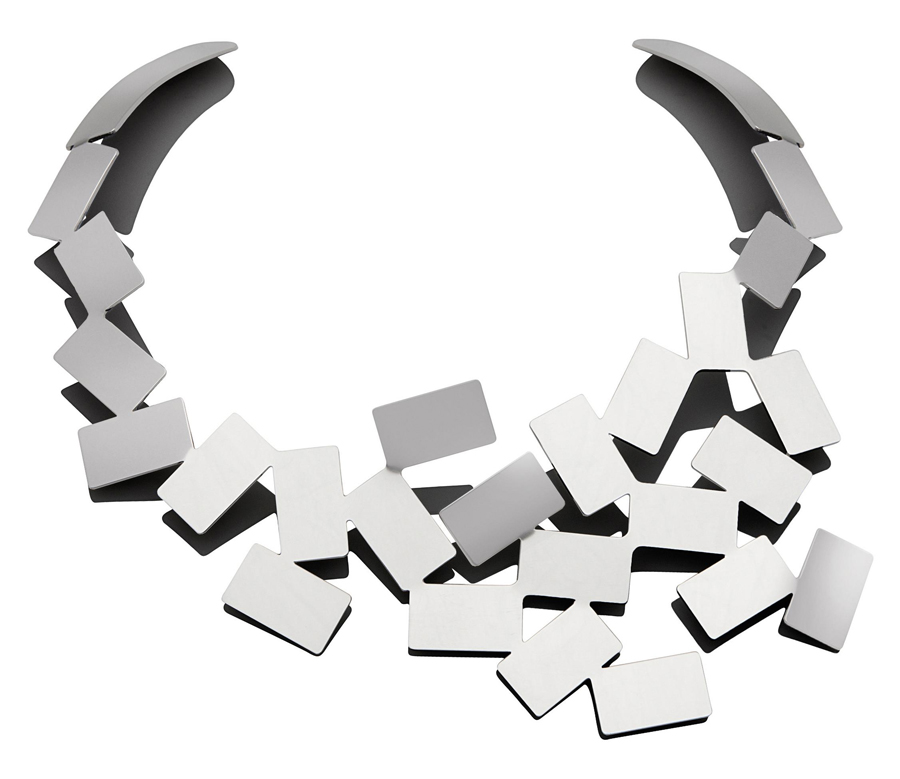 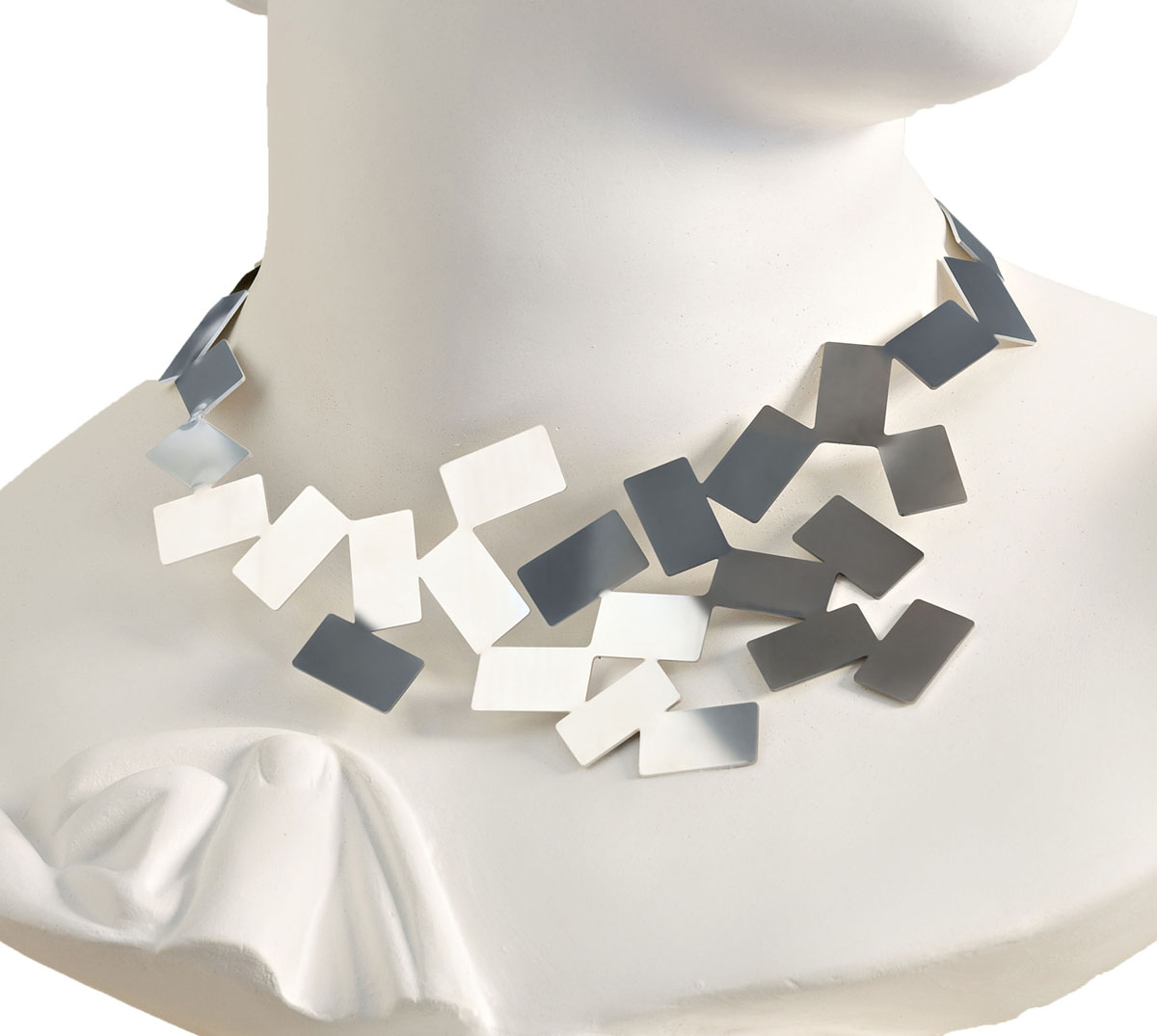 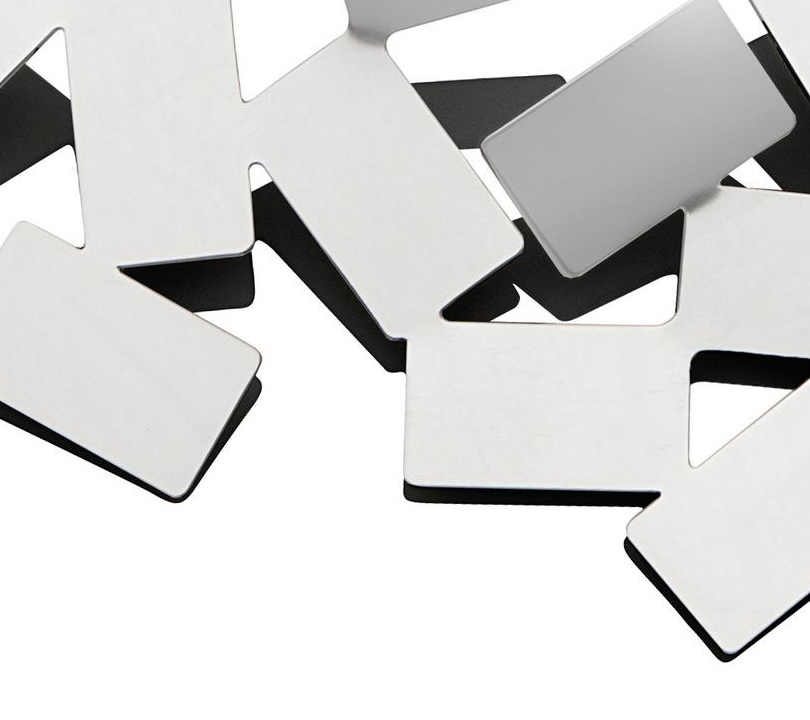 By Alessi: Necklace named "Fiato sul collo" by Alessi, Italy. Polished Staintless Steel Necklace. $167.00. The necklace can be opened and closed by gently bending the metal, and rests like a lightweight metal sculpture upon the wearers neck. Designed by Mario Trimarchi. Like the homewares pieces from Trimarchi's collection the necklace is comprised of a rectangular metal 'cards', which are adjoined in a beautiful and abstract way. The theme of the “La Stanza dello Scirocco”, designed by Mario Trimarchi, the successful series consisting of rectangular metal ‘cards’, has been expanded with the new Necklace, “Fiato sul collo” personal ornamention, creating a typology of jewels. Mario Trimarchi, born in Sicily, has lived and worked in Milan since 1983. An architect of the “freehand” generation, he has always moved freely within the visual universe and considers drawing, photography, design and image as equal components with the same theoretical approach. Between 1994 and 1998 Trimarchi was Director of Advanced Design at the Domus Academy and from 1989 to 2000 was part of the Olivetti Design Studio, where he worked with Michele De Lucchi. In 1999 he founded his own Corporate Identity Care studio, FRAGILE. With FRAGILE he designs systems of identity, coordinated image and visual alphabets through which diverse individualities can be expressed. He has designed many trademarks, most notably for Poste Italiane, the graphics for numerous large exhibitions, communications systems for Italian design companies and, finally, many displays and interiors. Never relinquishing his passion for drawing, architecture or design, he is currently working on the theme of unstable geometries, which he utilises within the context of our relationships with everyday objects in an attempt to change, however slightly, our habitual patterns of living.