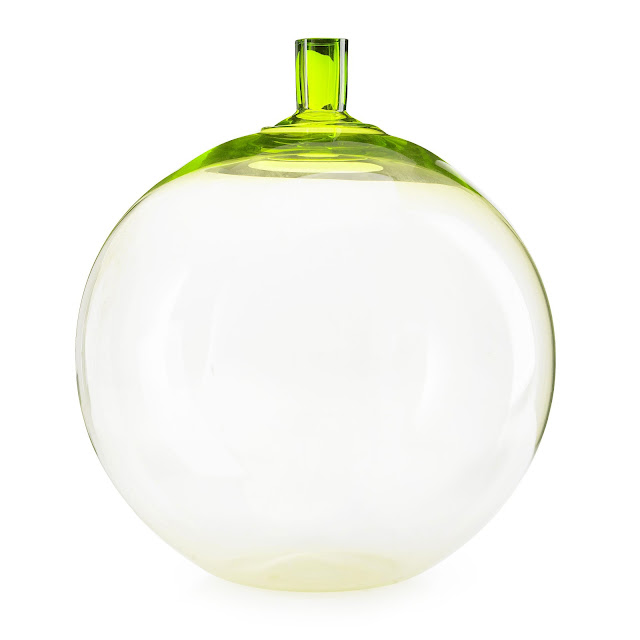 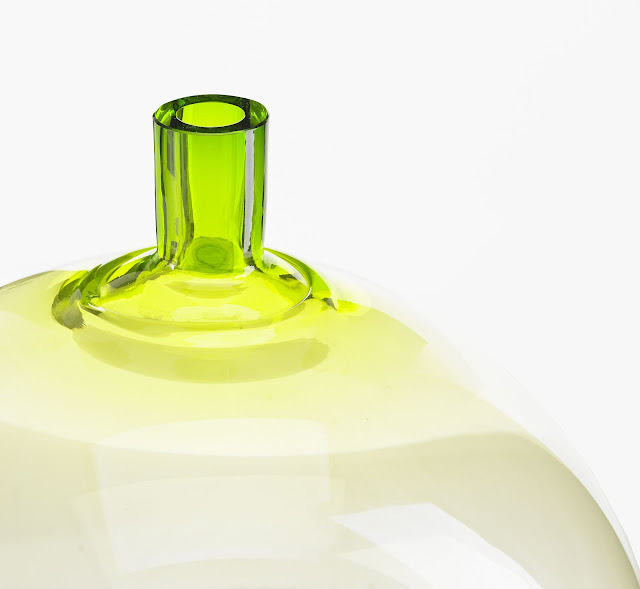 Ingeborg Lundin's 'Apple' is one of the icons of Scandinavian glass design. Designed by the Swedish glass-artist Ingeborg Lundin circa 1957; the iconic blown-glass Apple is a coveted collectors piece (no longer in production).  Ingeborg Lundin joined Orrefors in 1947 as the first female designer to be hired by the company. She had previously trained as a designer in Stockholm. Her work catches Scandinavian designs central attributes; modest beauty and functional simplicity, also described as the Swedish Grace. Her dramatically simple objects demanded the most skillful craftsmen to create them. 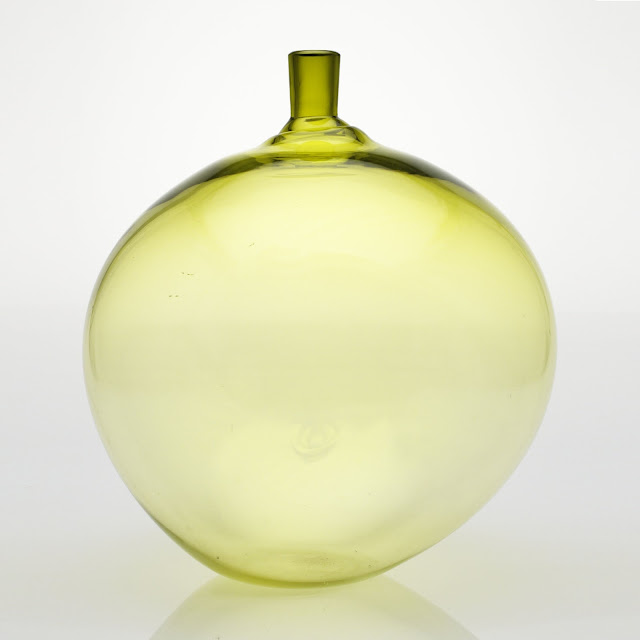 The Apple challenges the fragility of the material. The Apple was created for the influential Helsingborg 55 Exhibition, and remains as a symbol, not only for that exhibition, but for the golden age of Swedish art glass. Every Apple is unique and differs in colour and size. It was available in a crystal clear and a light green version, where the colourful green layer is covered by a crystal clear layer. It was manufactured as long as into the 1980's when a principal decision was made at Orrefors to discontinue manufacturing of art glass from artists no longer active within the firm, also as a means to maintain the value of the early pieces in respect of the artists and collectors.