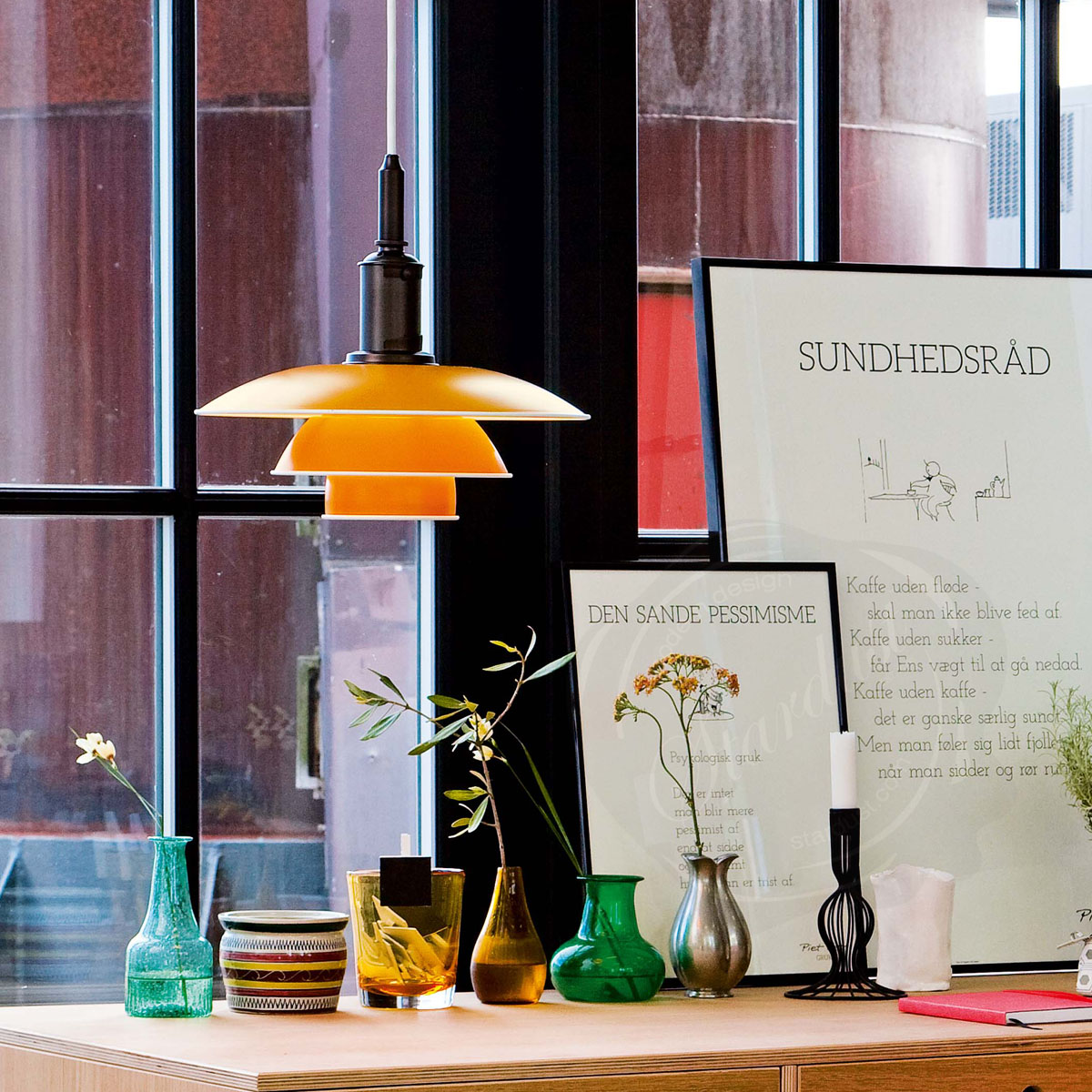 Let's take a closer look at the available colors which include white, green, red and yellow; all in late 1920s color hues! 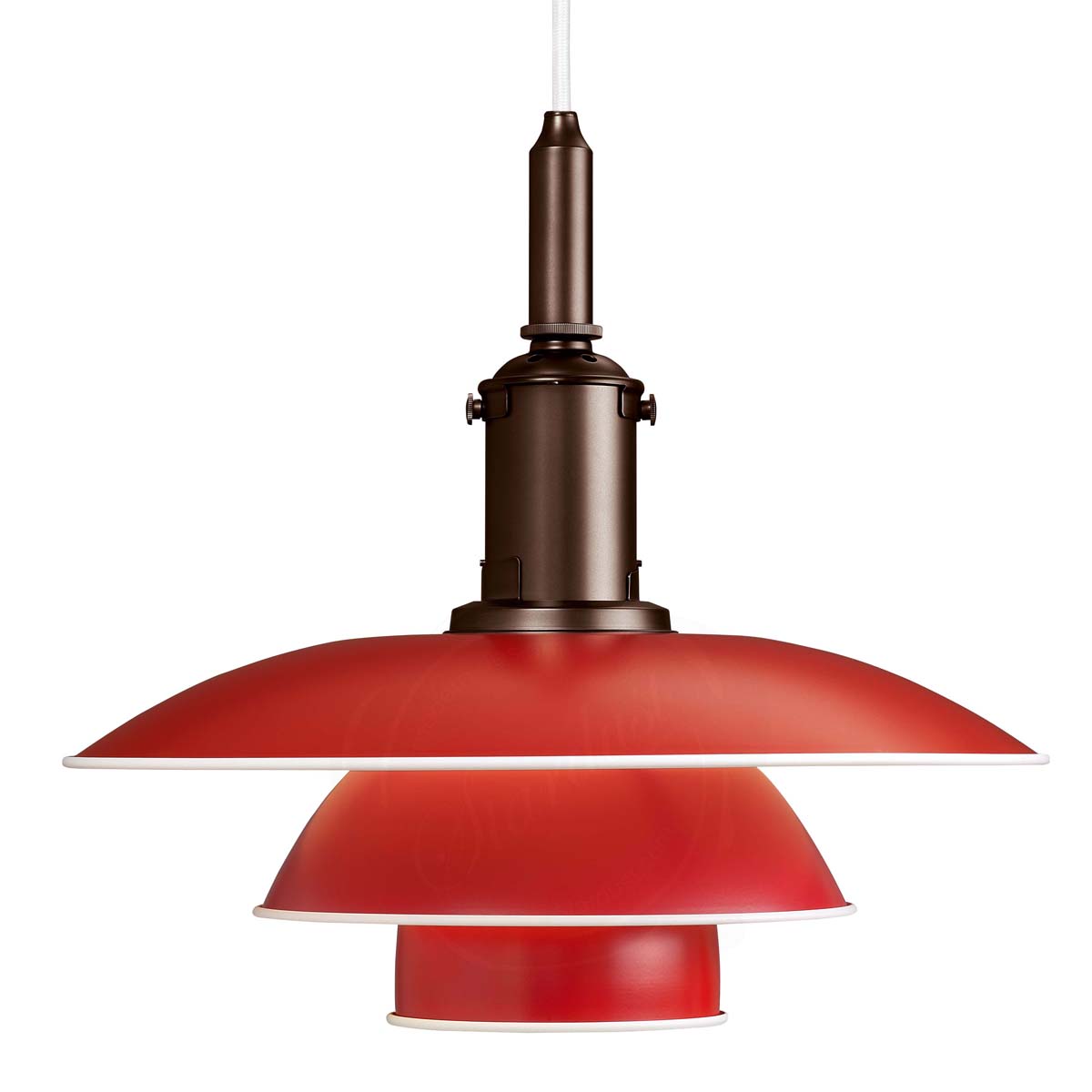 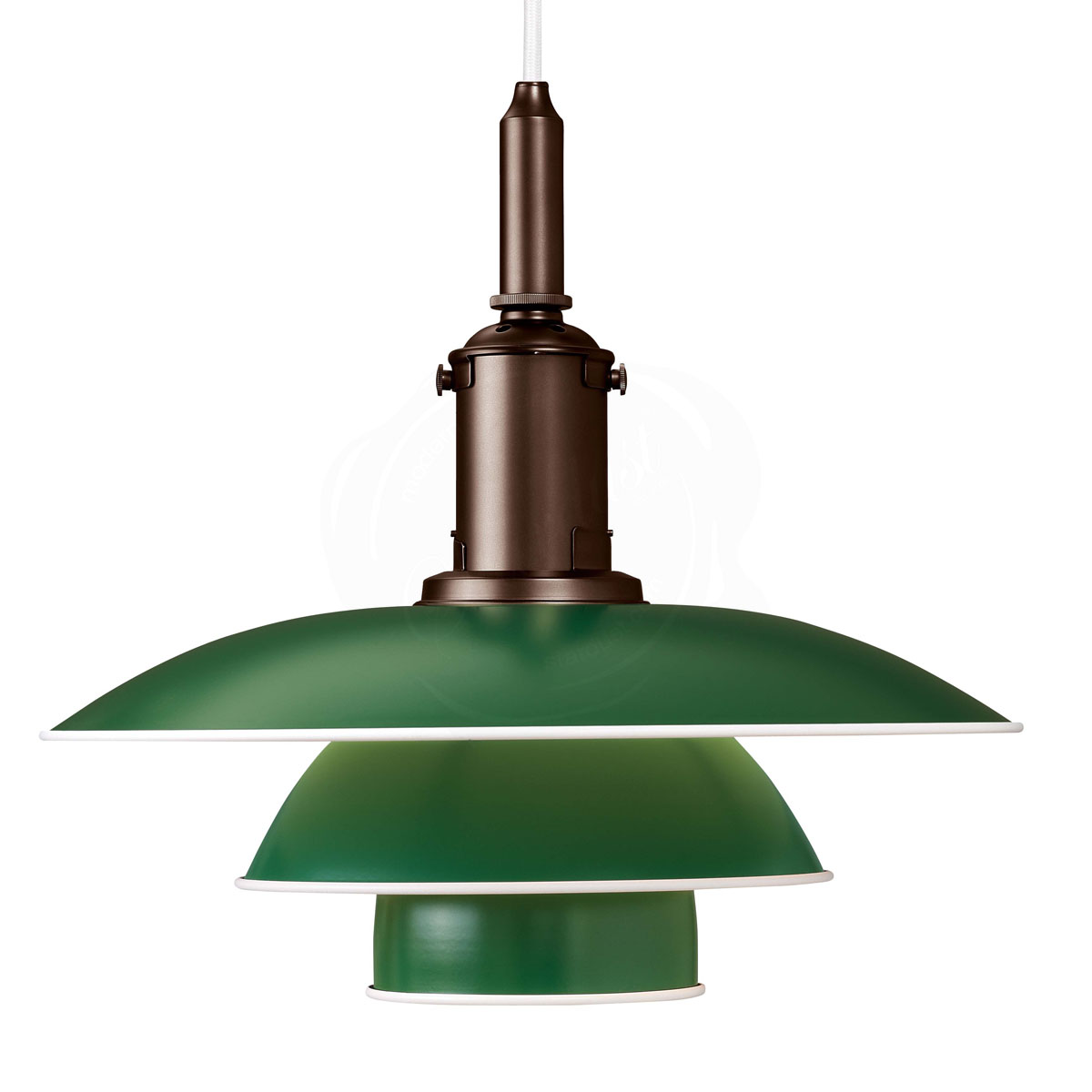 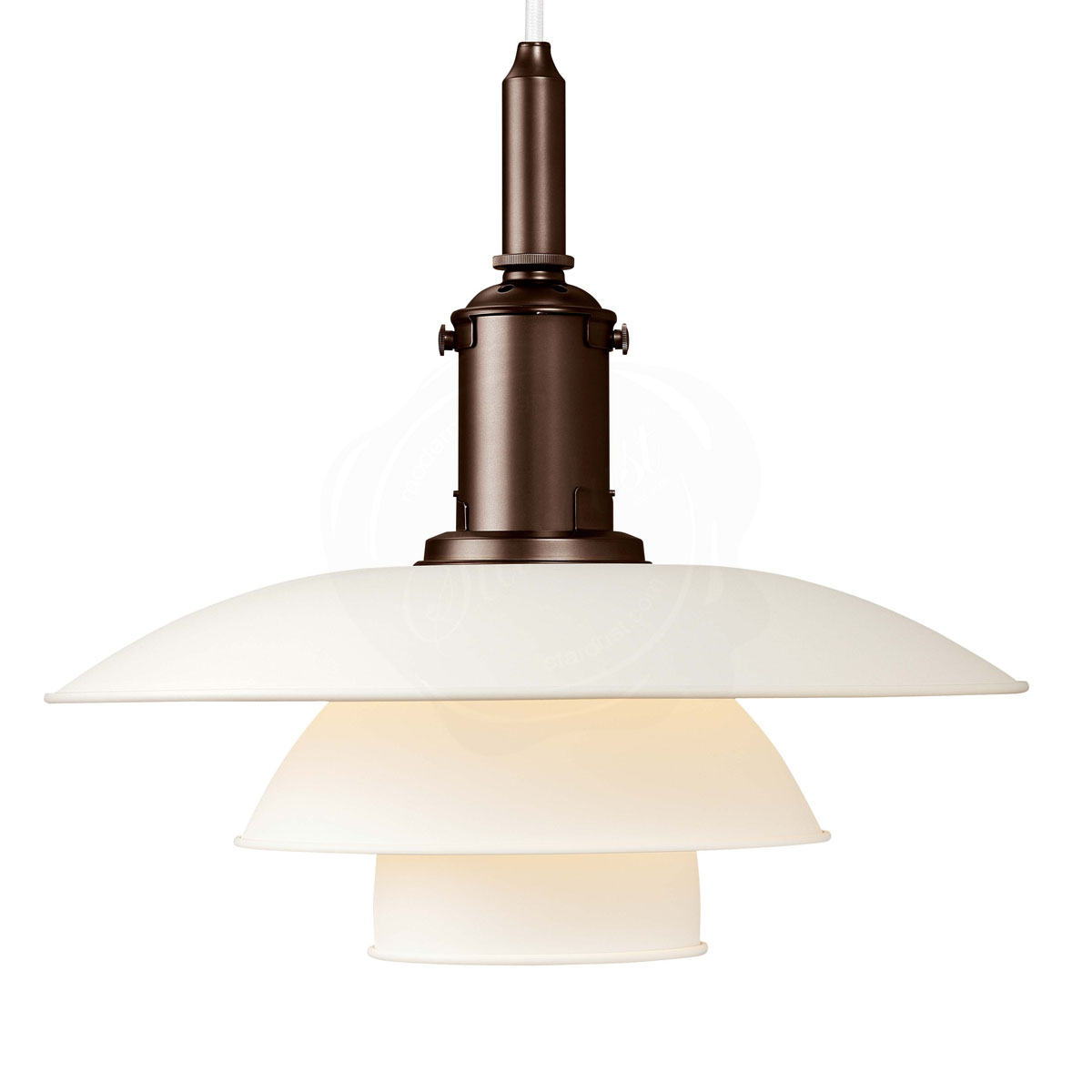 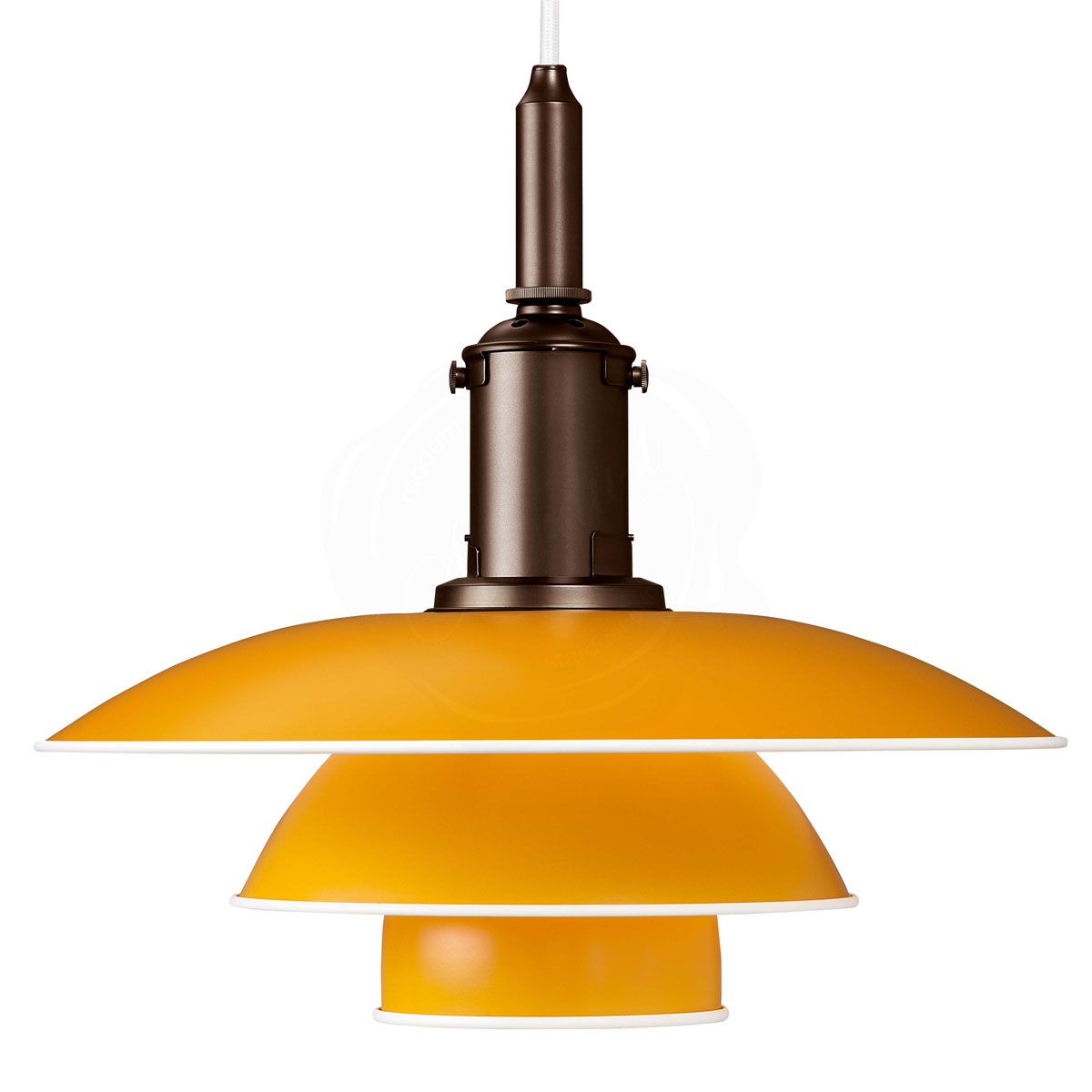 The PH 3½-3 pendant is based on Poul Henningsen’s original drawings from the late 1920s and early 1930s, featuring his renowned three-shade system. The pendant has metal shades, available in green, yellow, red and white. The fixture housing is silk mat brown and made of copper. All colours are based on Poul Henningsen’s colour universe. Like the designer, the fixtures are colourful! As an extra feature, all shades have a white painted rolled edge, accentuating the familiar profile of the three-shade fixture and creating beautiful optical symmetry. The shades are pressed at Louis Poulsen’s factory in Vejen, by Louis Poulsen’s own staff – a craft only very few are trained in. danish architect poul henningsen, known by his initials, ”ph” was obsessed with light. he is the legendary creator of the lighting series carrying his name. he can be said to be the world’s first lighting architect. poul henningsen devoted his entire career to investigating the importance of light for our well being. he worked on the theory that the observer should not be subjected to direct glare from the electric light source. henningsen used a series of layered shades to both spread the light and conceal the light bulb, thus creating a softer more diffused lighting. Although the fixture is over 80 years old, it is both modern and classic at the same time, making it ideally suited to a broad range of interior design environments. 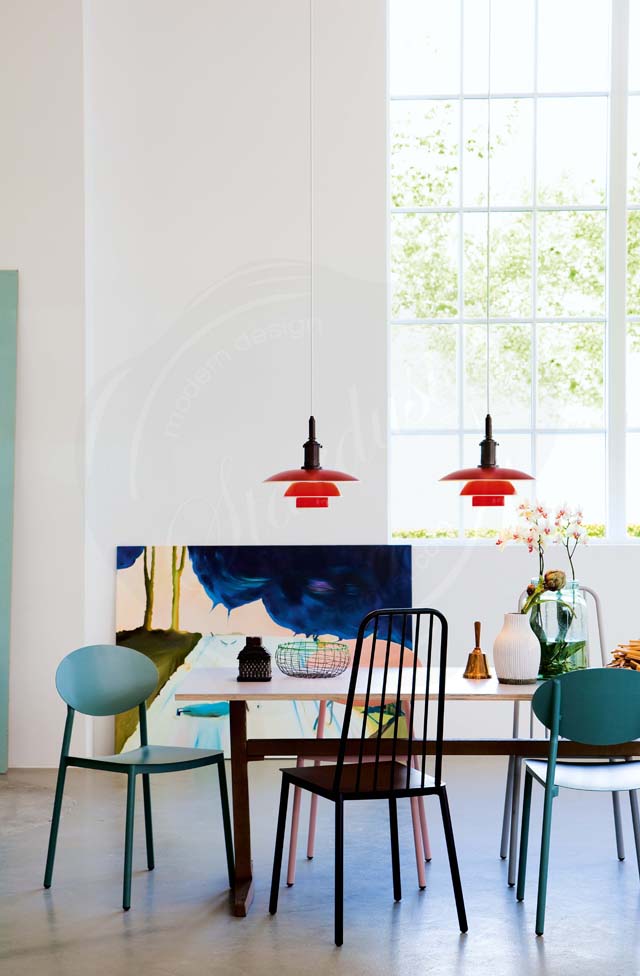 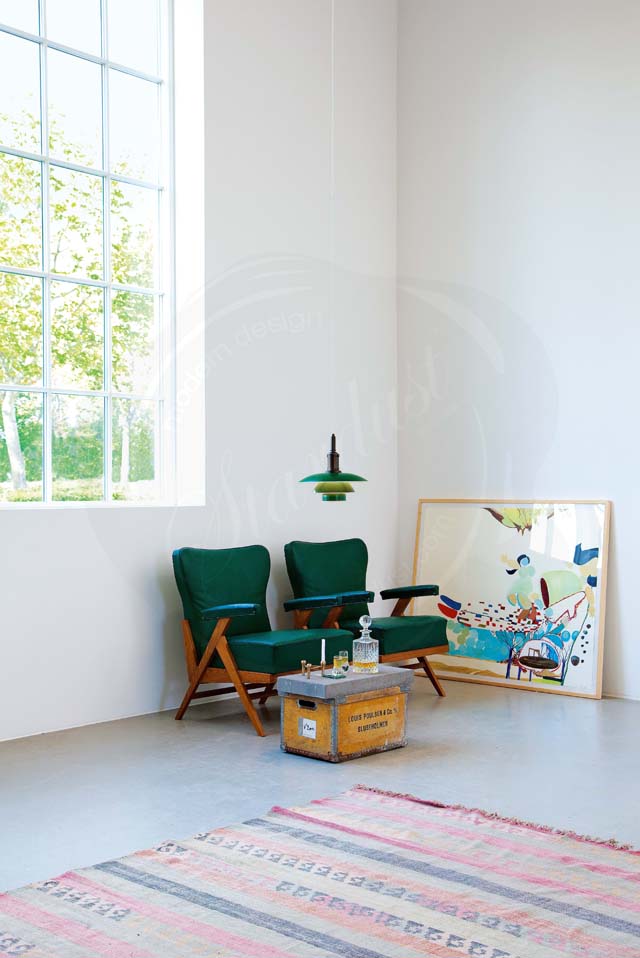 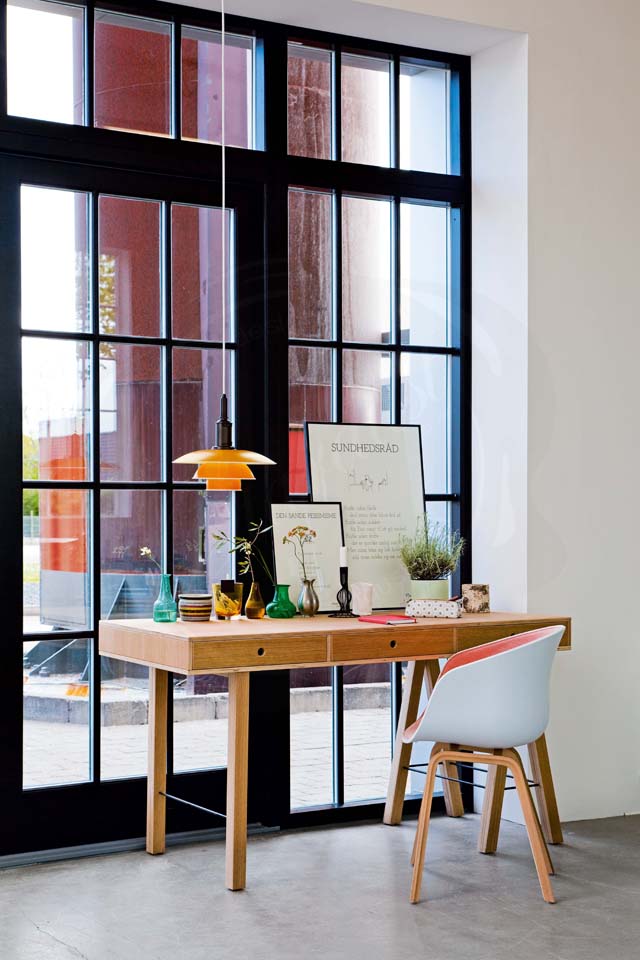 This newly re-edition Louis Poulsen light fixture is seen as a charming, rustic, functional and unpretentious lamp. But it is much more. The PH 3½-3 pendant is a piece of Danish lighting design history. It provides functional, decorative light, and gives any interior a boost simply by being there, whether lit or unlit. It is beautiful alone, or grouped with other fixtures. Poul Henningsen’s design is timeless. A journalist recently went as far as to call his design immortal! Irrespective – we are confident that the PH 3½-3 pendant will continue to inspire a lot of interior design – even in 10, 20 or 30 years. Poul Henningsen was called the light artist, to which he responded: “If you create art, you are an artist – good or bad. And illuminating a room is most certainly art! the result of his efforts emerged in 1926 — a 3-shade lamp soon to be known simply as the ph lamp. ph grew up in the soft glow of the petroleum lamp. as electrical lighting gained way in the early 1920’s ph struggled with the blinding glare from the electric bulb. he began to develop a lamp that would have the same soft, relaxing qualities of the petroleum lamp. The PH 3½-3 pendant has metal shades, available in green, yellow, red or white, with white rolled edges. The fixture housing is silk mat brown, and made of copper. The shade holder and screws are made of copper plated brass, to ensure adequate strength. It comes with an E27 socket, allowing it to be used with LED, energy saving and halogen bulbs Max. 100W.