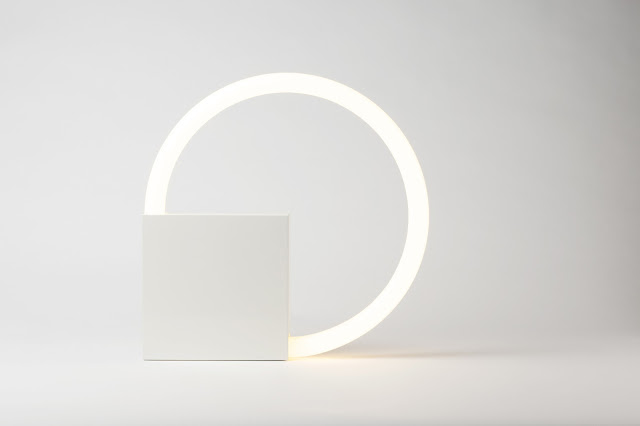 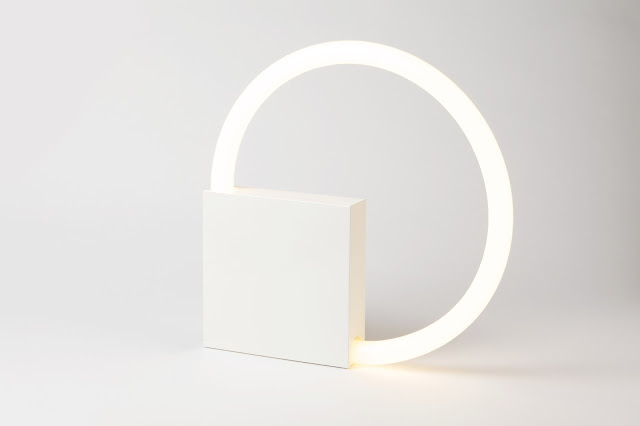 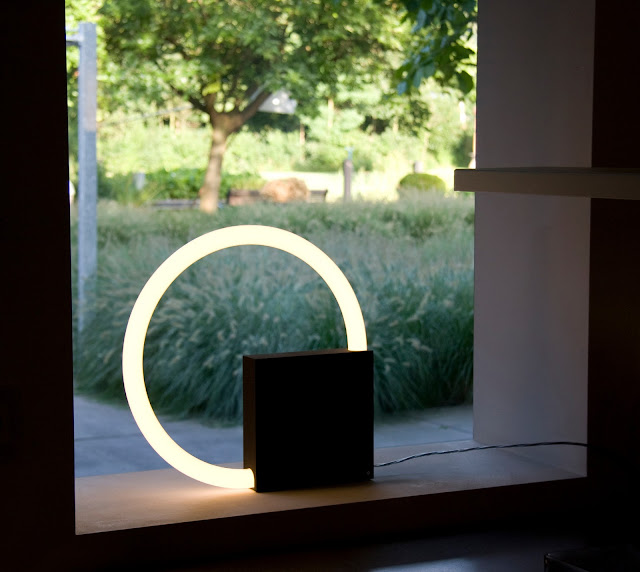 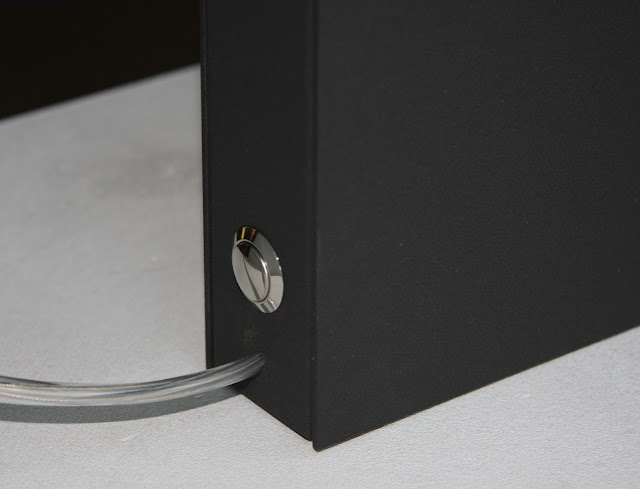 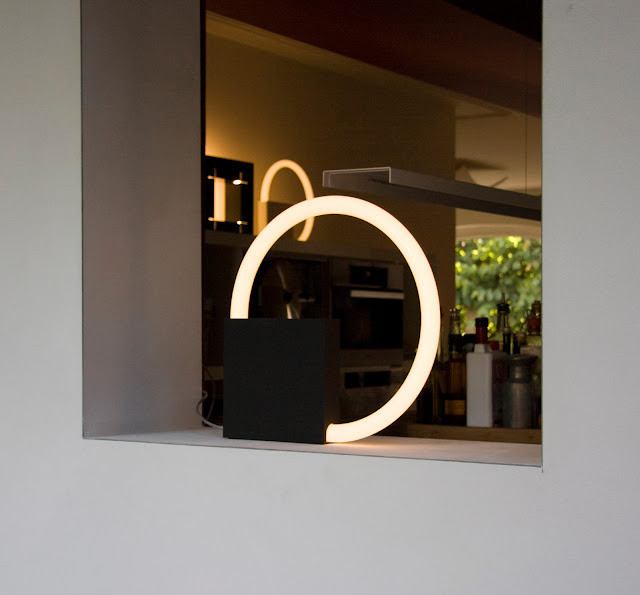 
Cirkellamp (Model TC6) table lamp designed by Aldo van den Nieuwelaar in 1968.
A veritable design icon, circle and square, in perfect proportion by the Dutch master of geometric minimalism.  Stardust is proud to announce the revival of the 1968 Cirkellamp (also known as the Circlelight or Model TC6 lamp). This iconic table lamp has maintained its’ original design, but is now fitted with a step-less module instead of a on-off switch. The new dimmable feature enables the lamp to be energy-efficient, and updates its' functionality. We at Stardust are passionate about comfortable modern design and our knowledgeable staff has a special love for Dutch modernist art, architecture and design, so please, let us know if you have any questions. We would really love to help you.

The Cirkellamp is perhaps the most iconic table lamp in the Stardust collection. Truly iconic and one of the most famous examples of minimalist Dutch design, designed in 1968 by the late Dutch designer Aldo van den Nieuwelaar.  The Cirkellamp is composed of a lacquered steel case in which a circular neon light is mounted.   The Cirkellamp by Aldo van den Nieuwelaar is in the permanent collection of several of the biggest musea throughout the world, such as the MoMa in New York and Amsterdam's De Stedelijk Museum.

Dutch designer, industrial designer and sculptor Aldo van den Nieuwelaar (1944-2010) studied at the Academy of Fine Arts in Breda and then worked at various architectural firms in Amsterdam. He was inspired by the sober clarity of Gerrit Rietveld and De Stijl, the Bauhaus of the 1920s and minimalist art of the 1960s. In 1969 he started work as an independent designer, experimenting with geometry. He was a systematic modular designer. Characterized by geometric abstraction, a systematic approach and a minimal use of image resources he gets to an almost timid, more anonymous and everlasting product. Not fashionable. In designing his lamps, he took the source of light as his starting point and for this he strongly preferred using diffuse fluorescent light as it resembles daylight in its even and less distorting brightness. As can be seen with the 'Circellamp' and the 'Outline', these lamps are more 'light objects' with a strong spatial almost physical energy.

Please note that Stardust is the authorized source for the authentic "US edition" of the Cirkellamp with US transformer.   Our version is the dimmable US edition with external wall transformer; ready to be plugged into a standard US wall outlet.  This lamp ships in a beautiful white manufacturers box.