Join Stardust Modern Design for a behind-the-scenes look at the Wegner Wishbone Chair workshop in Denmark and gain insight into the creation of this world-famous design icon.  Let's take you on a tour of the Carl Hansen & Søn factory in Aarup Denmark with some really nice behind-the-scenes shots of the workshop where they make the classic Wegner Wishbone Chair! The factory is a little bit out of the way of Copenhagen and you will need an appointment to visit (so make sure to put a reservation request in a few months ahead). Aarup is a small town in central Denmark located on the island of Funen. It takes about a two hour drive from Copenhagen. The beautiful scenery along the way makes the visit even more enjoyable. For travelers, Funen is an idyllic travel destination with romantic old houses, lots of history in the modern city of Odense, and relaxing nature everywhere else. Many beautiful castles are found here as well, like Nyborg Slot (slot means castle in Danish), Egeskov Slot, Broholm Gods, Holckenhavn Slot, and Harridslevgaard Slot. You can combine a visit to Aarup with a stay in Copenhagen where you can visit another must-see modern landmark; Arne Jacobsen's Royal Copenhagen SAS Hotel (the furniture is still in production by Fritz Hansen and available in the US through Stardust Modern Design as well).


The Aarup workshop of Carl Hansen & Søn still makes the original Hans Wegner furniture (please note that there are some unscrupulous dealers selling cheap Chinese knock offs). Make sure to get the original; if you are not sure, purchase from a reputable dealer like Stardust Modern Design or contact Carl Hansen for authentication purposes. People who are interested in cheap Hans Wegner CH24 Wishbone knock-offs because of budget constraints should check out the special sale Stardust Modern Design is having on the original Wegner CH24 Wishbone Chair for just $595 including complimentary shipping.  A great price for an original investment-grade modern classic (since it is an authentic Carl Hansen & Søn production; you can always easily flip it, if needed many years from now).


The CH24 Wishbone Chair is a pivotal design by Danish furniture designer Hans J. Wegner. Hans J. Wegner is widely considered to be one of the leading figures in 20th century furniture design - and a driving force in the "Danish Modern" movement that changed the way people looked at furniture in the 1950s and 1960s. Hans J. Wegner gave minimalism an organic and natural softness with an unmistakable Danish modern feel that is truly timeless.

Hans J. Wegner left nothing to chance when his Wishbone Chair was to enter production. On account of the intense working relationship between the designer and the joiners, Wegner decided to move in with Carl Hansen's family on the Danish island of Funen so that he could monitor every single process at the factory first-hand during the final, critical weeks. He was adamant that the final result should not be compromised, and made a point of personally supervising all phases of the production process up until the launch in 1950.
100 processes and three weeks later… The unique aspect of the Wishbone Chair is the simplicity of the Danish Design gem’s appearance. But – as with true love – the smooth surface conceals hard work.

To create the finished product of the CH24 Wishbone Chair, Carl Hansen & Son craftsmen spend around three weeks preparing and assembling the 14 parts that make up the chair and hand-weaving the seat. In fact, over 100 production steps are required to make a single chair, and most of the processes demand manual work.


The scent of the wood, the feeling of the curvature in the lovingly steam-shaped backrest, and the inspection of the final sanding are some of the aspects that dictate whether each individual chair meets Wegner's stringent demands.  The wonderful shot below shows all the parts that are needed to make the Wishbone Chair excluding the additional enormous amount of time and craftsmanship that is needed to make the chair!


The unique seat of the Wegner Wishbone Chair is woven by specially trained staff: a weaver can spend up to 10 hours producing each one although the master weaver at the workshop with over 30 years of experience can get it done in a little over an hour. The seat, which requires 120 meters of cord, can only be made by hand as the manual process ensures a finer weave that provides the best possible sitting experience.

“On account of its expressive, graphic appearance, the Wishbone Chair is an icon for everything Danish Design stands for: the finest craftsmanship, a sense for detail and the material, user-orientation, and superior durability. With his Wishbone Chair, Wegner proved that it is possible to create something truly trail-blazing by studying tradition. In fact, this is the only way to design something that extends far beyond its own time,” says Christian Holmsted Olesen, Head of Exhibitions and Collections at Designmuseum Danmark. Today, the Wishbone Chair is in great demand internationally. It enjoys a privileged life, taking pride of place at some of the finest private residences in New York City, Los Angeles, Chicago, San Francisco, Paris, London, Milan, Tokyo etc. The CH24 Wishbone Chairs can often be found at the finest hotels and restaurants in the world including Restaurant Nimb in Denmark and The National Art Center in Tokyo, Japan. It is also an immutable fixture on the cosmopolitan furniture scene. 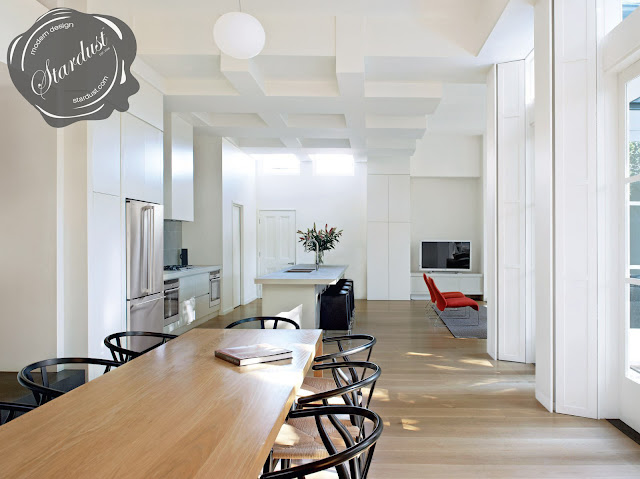 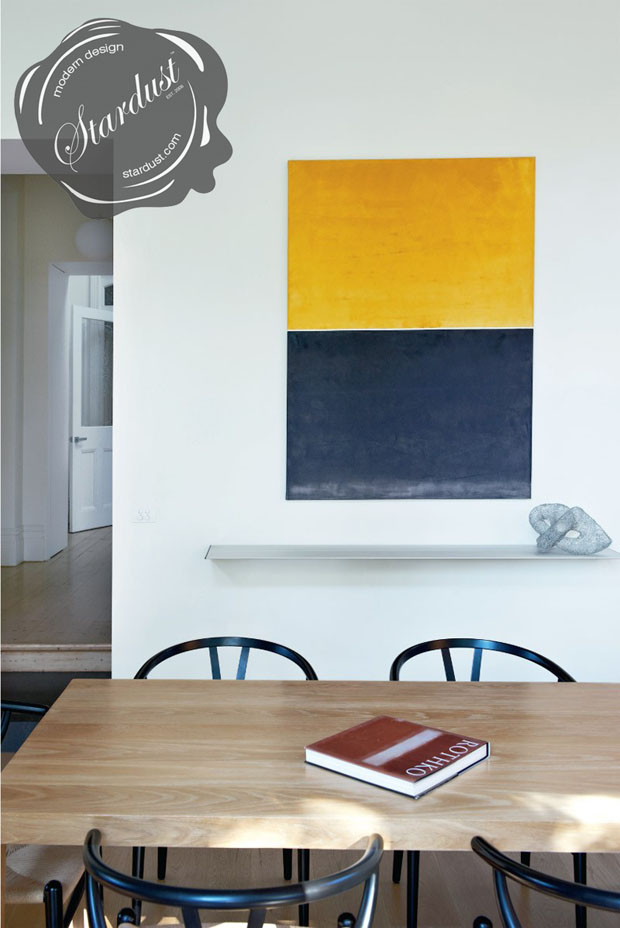 The Wishbone Chair is available in ash, beech, oak, maple, walnut and cherry, with colored, oiled, stained soap, or lye-treated finishes. Three versions of the woven seat are available: natural, white and black. Every finish and color is available through Stardust Modern Design.

Hans J. Wegner was born in 1914 in Tønder, the son of a shoemaker. At the age of 17 he was apprenticed to a carpenter (H. F. Stahlberg) and it was at this time that he developed his first design. At the age of 20 he moved to Copenhagen to study at the institution now known as The Royal Danish Academy of Fine Arts, School of Design but which back then went under the more modest title of "The Artisan College."

He studied there from 1936-1938, before taking further studies as an architect. In 1940 Wegner initiated a joint project with Arne Jacobsen and Erik Møller in Aarhus, which involved fitting out Aarhus' town hall. It was also in 1940 that Wegner began to work with Master Carpenter Johannes Hansen, a man who played a significant role in bringing modern design to the Danish public. The then Copenhagen Industrial Art Museum (now Design Museum Denmark) purchased their first Wegner chair in 1942. Hans J. Wegner opened his own design studio in 1943, and in 1944 he designed his first "China Chair" in a series inspired by the Chinese Emperor's thrones.

One of the chairs in this series is what is probably Wegner's most famous work "The Wishbone Chair," which he designed in 1949, and which Carl Hansen & Søn have manufactured since 1950. Hans J. Wegner is regarded as one of the world's outstanding furniture designers. He was one of the motive forces behind the Danish Modern movement which did much to change people's view of furniture in the 1950s and 60s. His design retain relevance for us today and his sense for details is a source of constant wonder. 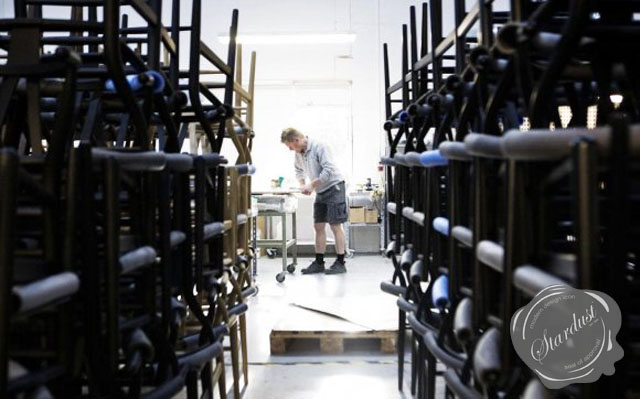 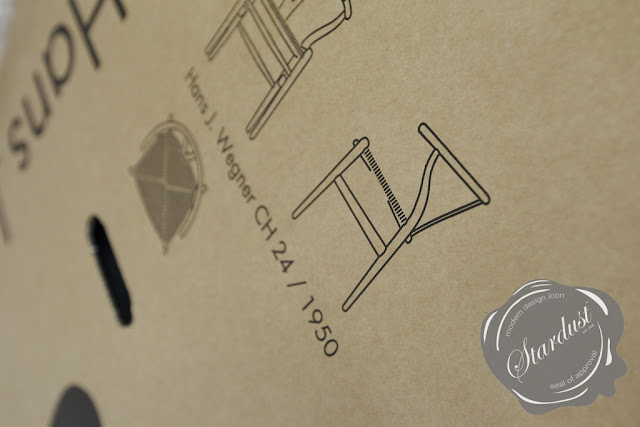 Hans J. Wegner has received a number of prizes and recognitions. Amongst other things, he is an honorary member of The Royal Danish Academy of Fine Arts and has received an honorary doctorate from the Royal College of Art in London. He was also the first ever recipient of the Lunning Prize and received the 8th International Design Award in Osaka, Japan. His works are exhibited at major international museums including The Museum of Modern Art (MoMA) in New York and Die Neue Sammlung in Munich.