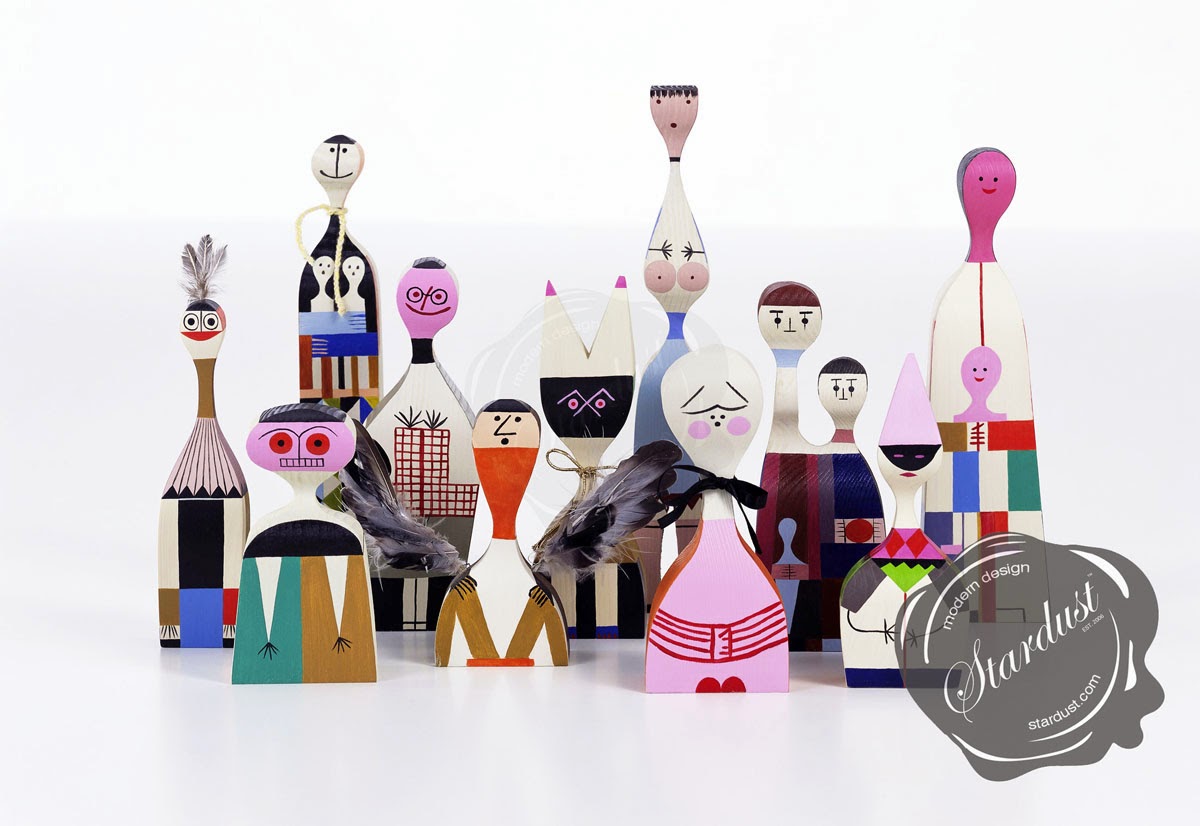 Stardust is particularly smitten about Vitra's newly re-issued Alexander Girard's Wooden Dolls, originally designed in 1963. The complete collection encompassed 22 different figures, all of them available with free shipping through Stardust Modern Design﻿.  "Toys," said Alexander Girard, "represent a microcosm of man's world and dreams; they exhibit fantasy, imagination, humor and love." In addition to his work in textiles, Girard distinguished himself as a designer of furniture, interiors and even toys. He also had a strong interest in folk art, and in 1963, he created a collection of Wooden Dolls for his own Santa Fe home. 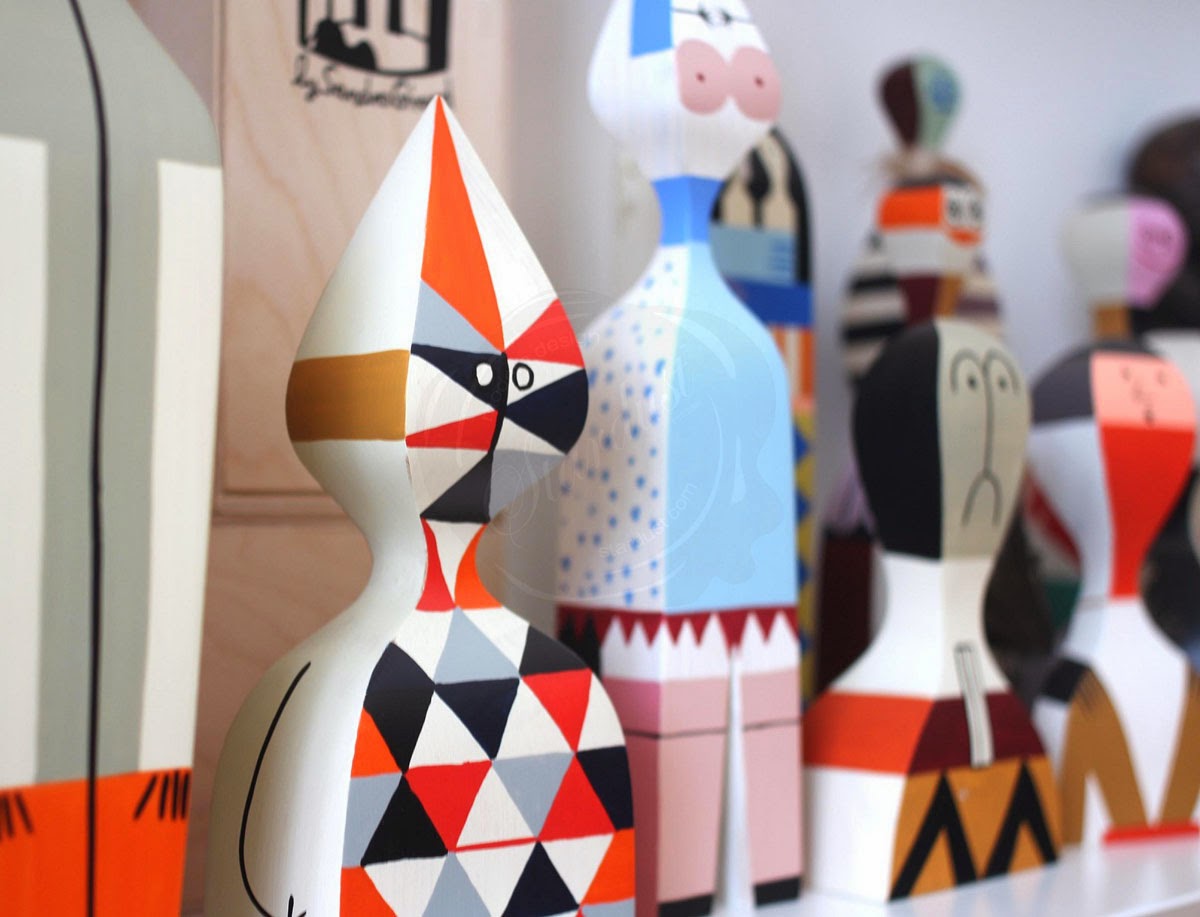 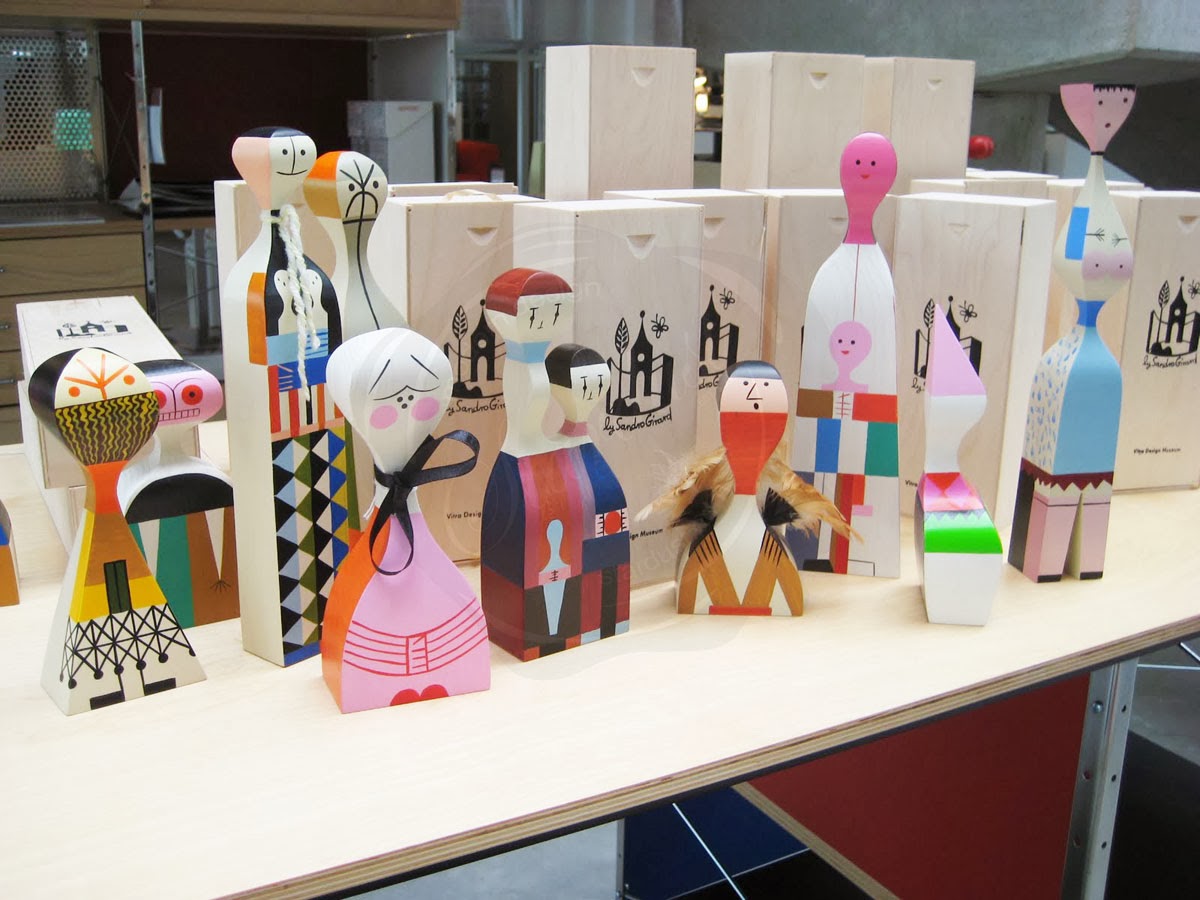 The painted surfaces of these semi-abstract, sculptural figures show aesthetic elements from Central America as well as Eastern Europe and Italy. Part decorative object and part toy, the Wooden Dolls were originally created for Girard's own use. He also may have planned their distribution through the "Textiles & Objects Shop" in New York City, which he operated for Herman Miller from 1961 to 1963. This mixed group of figures, some cheerful and others stern, is now being introduced in a special edition series based on documents and originals in the Alexander Girard Archive of the Vitra Design Museum. Each Doll comes individually boxed in wooden gift box. via http://www.stardust.com