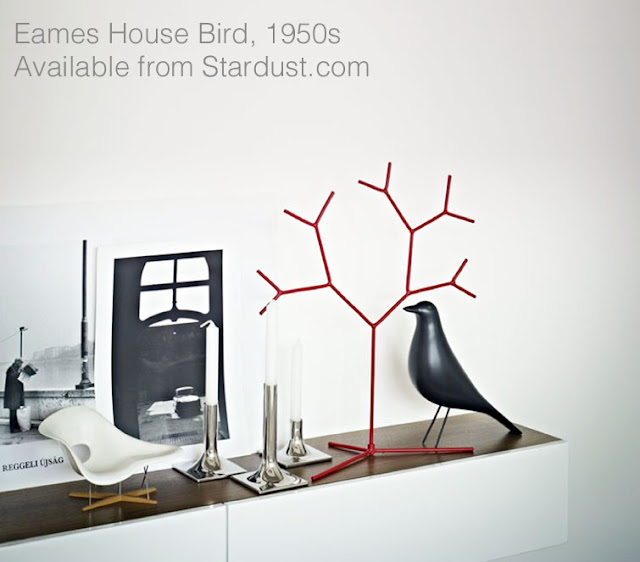 Beautiful image of the Eames House Bird in a newly renovated apartment in Prague, Czech Republic by architect Viktor Csap. The Eames House Bird rose to stardom in the 1950s when Charles and Ray Eames pulled it from their own living room and positioned it with a group of Eames® DKR chairs for a poster. Also appearing in several of the Eameses’ photographs, the masterfully simplistic black bird (circa 1910) with its tapered beak and sleek tail was evidently one of their most prized objects of Appalachian folk art. In cooperation with the Eames family, Vitra used 3-D scans of the original to create the solid alder wood reproduction. The Eames House Bird is made in Germany by Vitra.