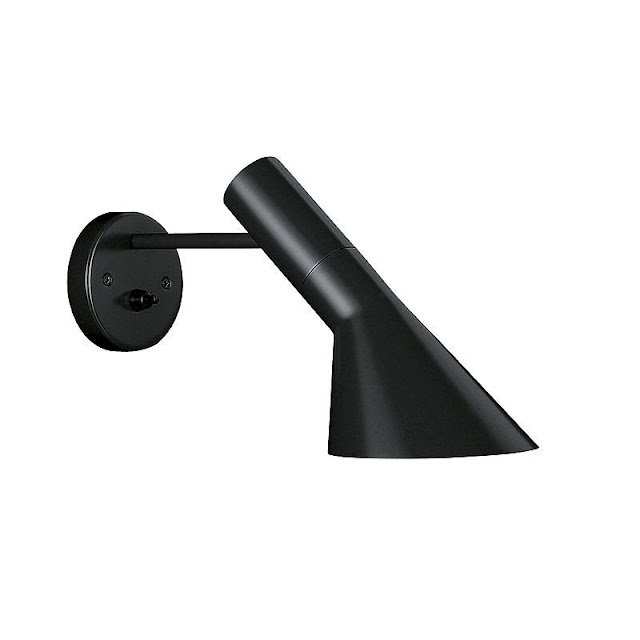 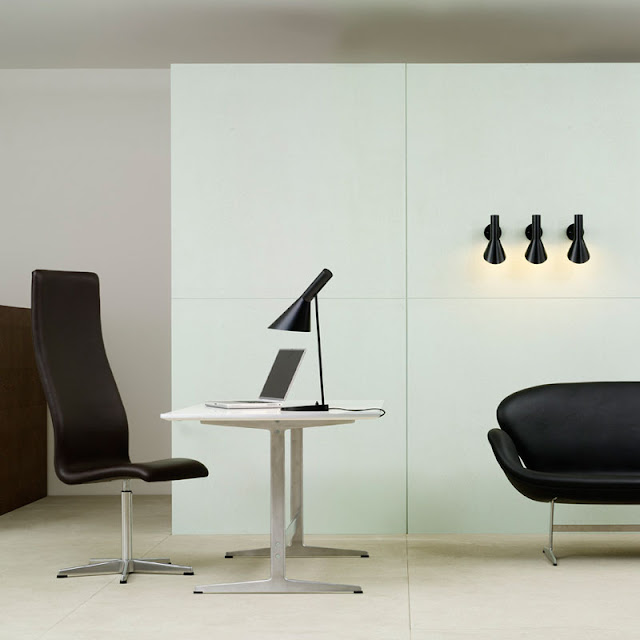 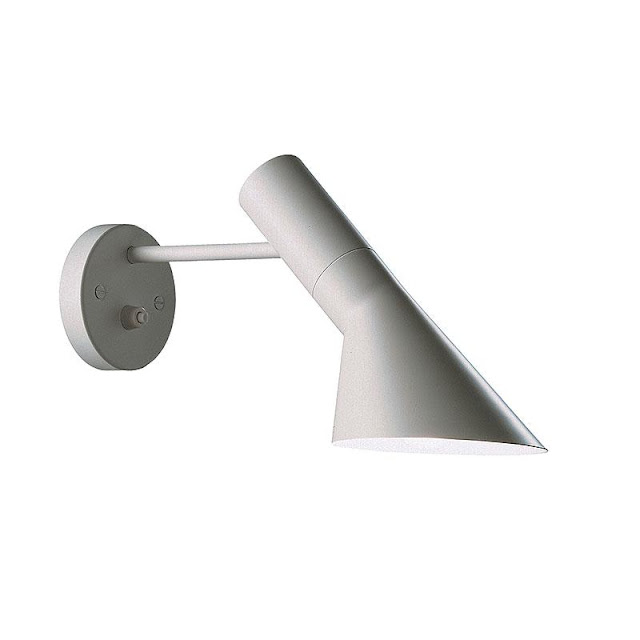 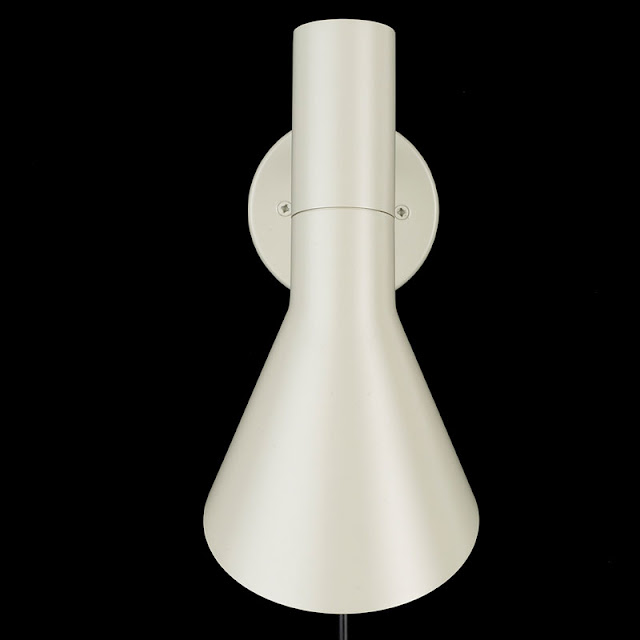 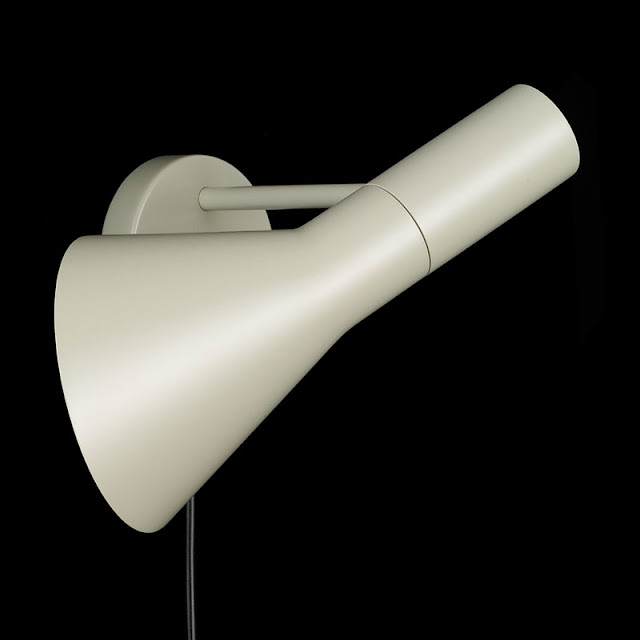 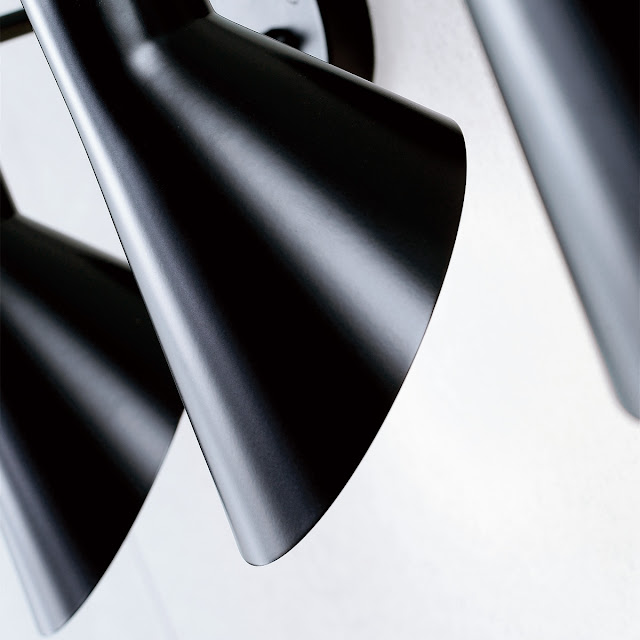 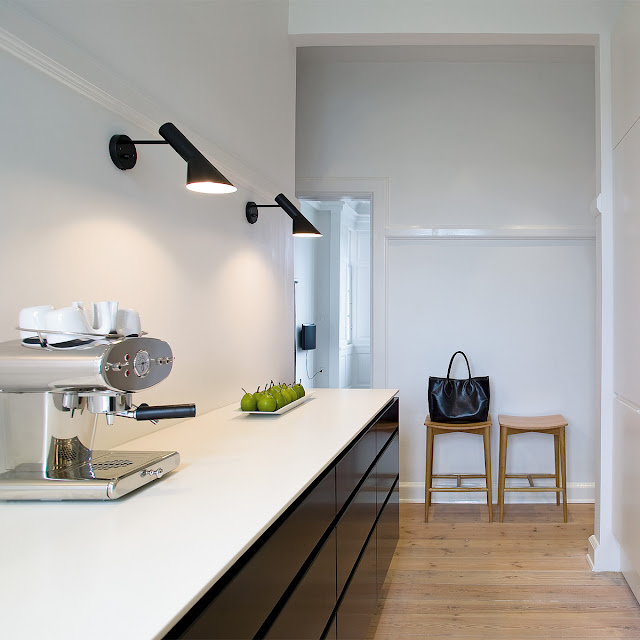 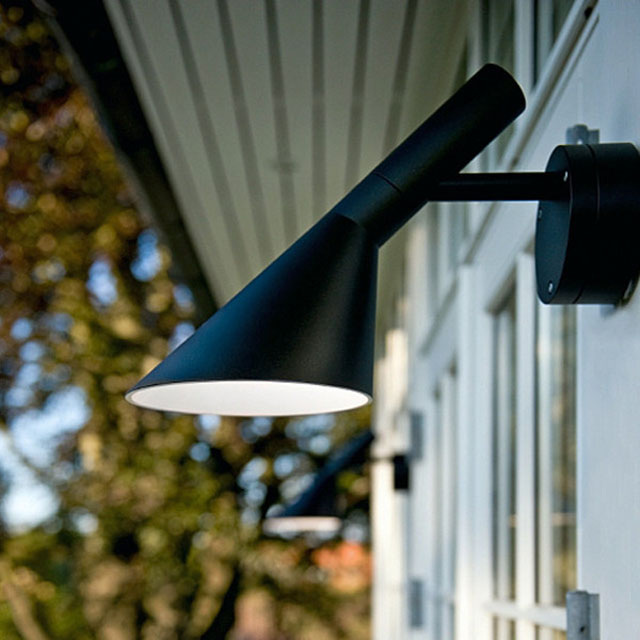 ARNE JACOBSEN ARNE JACOBSEN AJ WALL LAMP; The AJ Wall Lamp is a design of the Danish design icon Arne Jacobsen for the Radisson SAS Royal Hotel in Copenhagen that was inaugurated in the year 1960. Arne Jacobsen did not only create the building, he also designed the whole interior furnishing including cutlery, fabrics and lamps among other pieces of furniture, he created one of the first design hotels of the world.

The AJ Wall Lamp is based on the same principles like the AJ floor lamp. For a better use as working lamp the shade has been enlarged. The standard lamp consists of a lamp holder in an enamelled brass rod. A tilting mechanism is integrated in the rod.

The angles of the conical metal shade are made according to the lamp holder angle, it was thought like that, and however, really the angles have been adapted a little as a visual correction. When the lamp has tilted downwards, the border of the holder stays horizontally.

The interior of the shade is matt white enamelled. The bulb shielding is efficient; one can’t see the light source. If a clear bulb is inserted, the light is exploited the best and the light beams are separated.