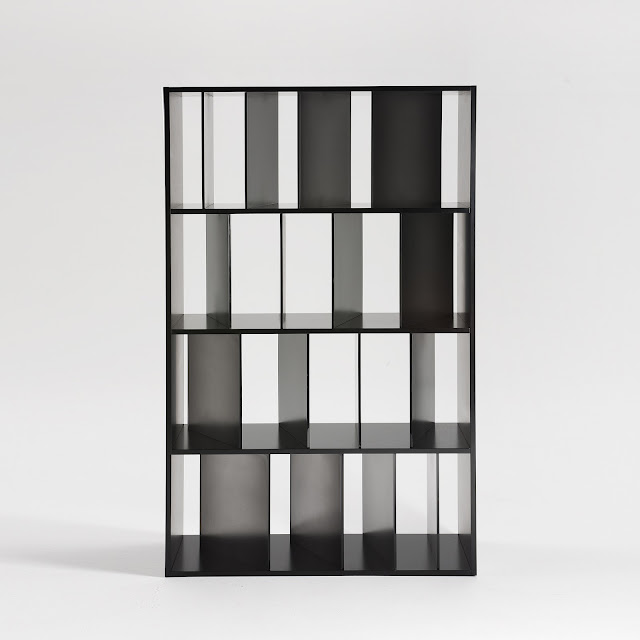 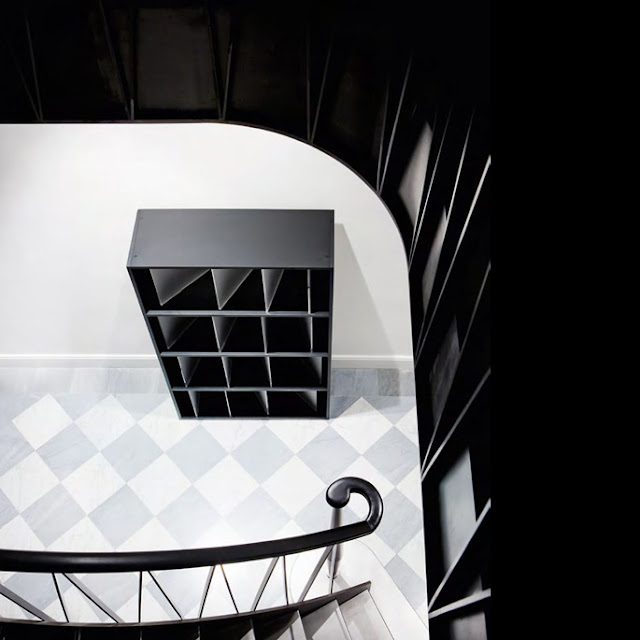 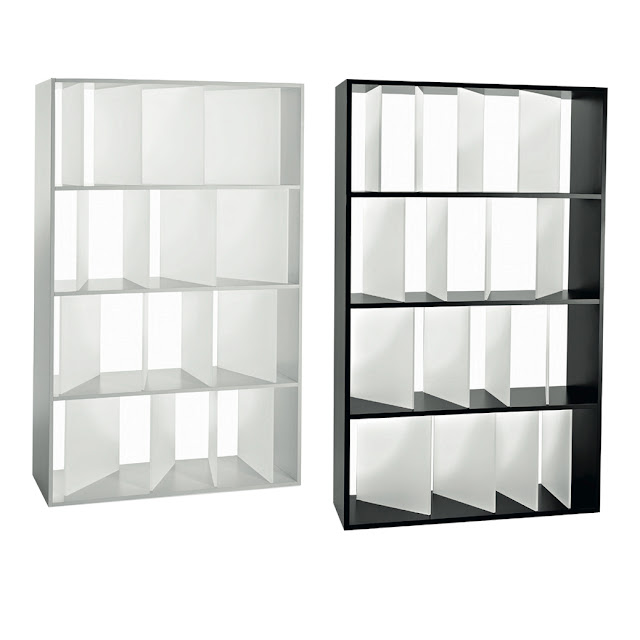 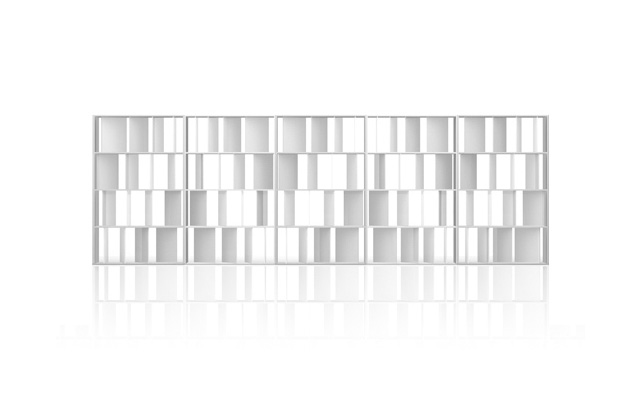 Kartell Sundial free standing bookshelf by Nendo. Less is more! We love the aesthetics and the look of this freestanding Sundial bookshelf that doesn't need a wall to feel stable in a space. A Stardust staff pick! This beautiful contemporary bookshelf was designed by Oki Sato of the Japanese design studio Nendo. Already a classic, this ultra-modern bookshelf stands out with its sleek minimalist appearance. This versatile bookcase re-interprets the form and function of a traditional bookshelf. Kartell's Sundial bookcase is encased in a glossy white or black frame, the movable opaline dividers look as if they are in constant evolution. Set at various distances, the tilting and rotating shelves mimic the shadows cast by a sundial. When books are inserted into the compartments of the Sundial, the aesthetic and motion of the book shelves evolve even further. Made by Kartell in Italy. Available from modern design purveyor Stardust.

Kartell's Sundial is a modern bookcase with a glossy white or black frame and four shelves which feature opaline dividers set at various angles like the shadows of a sundial. The dividers and the books look to the beholder as if they were in constant evolution. Sundial is a versatile bookcase, light and unobtrusive in size or appearance, it can be set against a wall or used as a room divider. The detail in the separators set at different angles gives a note of originality and arouses curiosity. Storage and organization has never looked so good before!