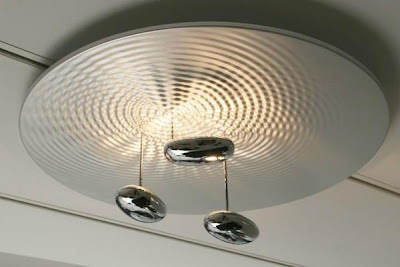 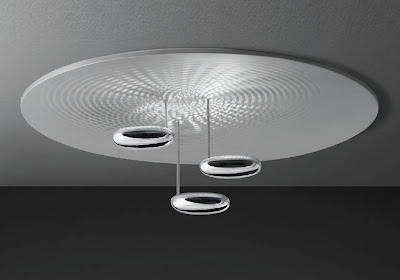 The Droplet is a ceiling mounted luminaire for indirect halogen lighting designed by Ross Lovegrove. As described by Ross Lovegrove- "Droplet is a ceiling light that appears as a pool of liquid aluminum reflecting three light pebbles. It has been generated totally by digital means and freezes in time the act of ripples that cross each other to define reflective zones and acts as a form of liquid dichroic.". The reflective units (pebbles) and stem are in die-cast aluminum in polished chrome finish. The ceiling disc is in die-cast aluminum in a glossy gray finish. The Droplet ceiling light mounts onto standard electrical junction boxes.