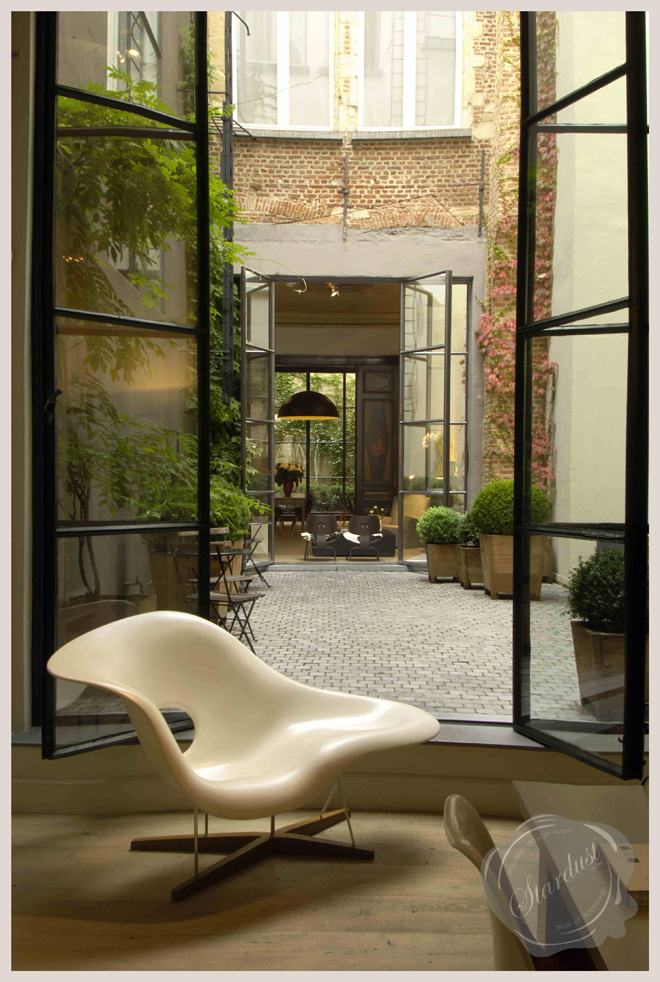 La Chaise celebrates its 65th anniversary this year and it's safe to say that it has become something of a legend!  Charles and Ray Eames designed La Chaise in 1948 for a competition at the Museum of Modern Art in New York. Legendary husband and wife design-team, Charles and Ray Eames, drew on the modernist sculpture titled "Floating Figure" by Gaston LaChaise, to create the sensual shape and fluid lines that inhabit this beautiful chair. It is the unbelievable elegance and grace of this assertive sculptural chaise that enables any number of sitting and reclining positions, which is so very appealing. This icon of 20th century furniture successfully blurs the line between form and function. It has long since established itself as an icon of organic (read fluid) design.