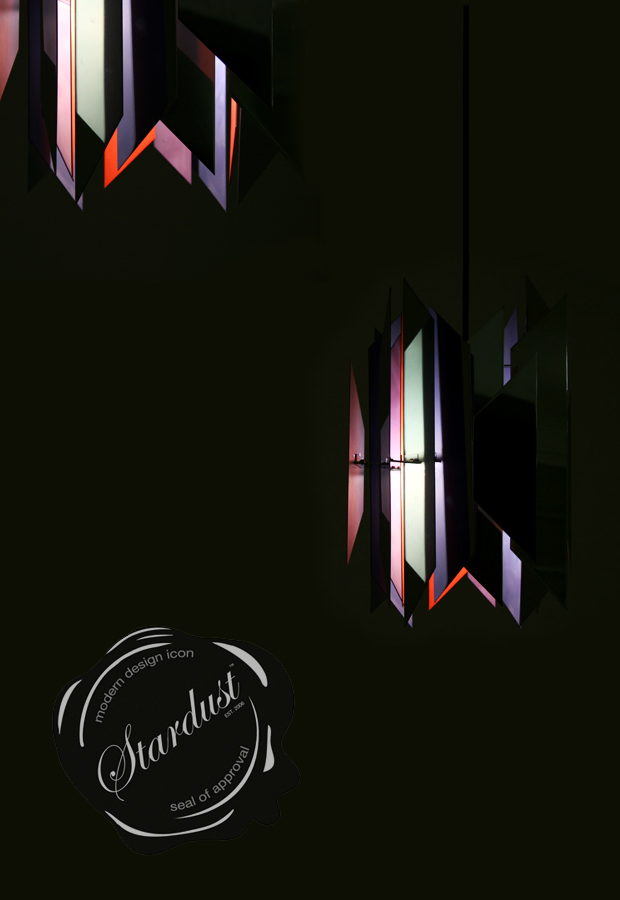 
This futuristic pendant lamp was designed by Danish designer Simon Henningsen (son of Poul Henningsen) in 1962 for the Divan 2 restaurant in Copenhagen's Tivoli Gardens. The Divan-2 pendant lamp consists of 20 chromed metal plates which are enameled on the inside with a polychrome color pattern in red, green, blue and purple. 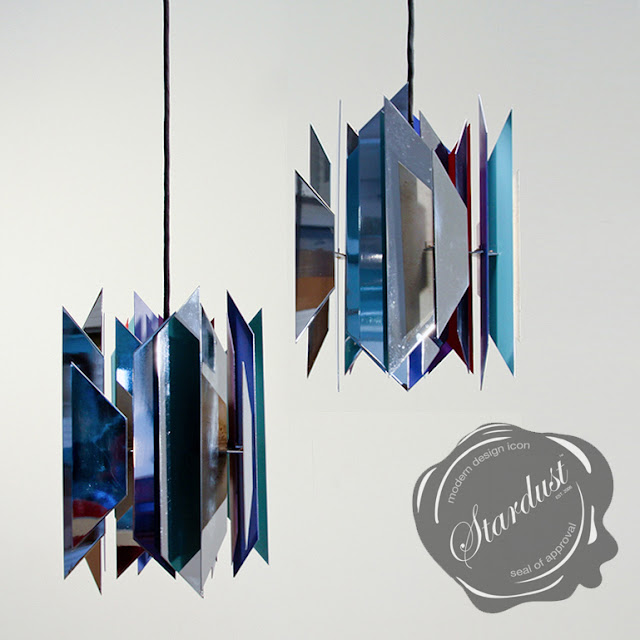 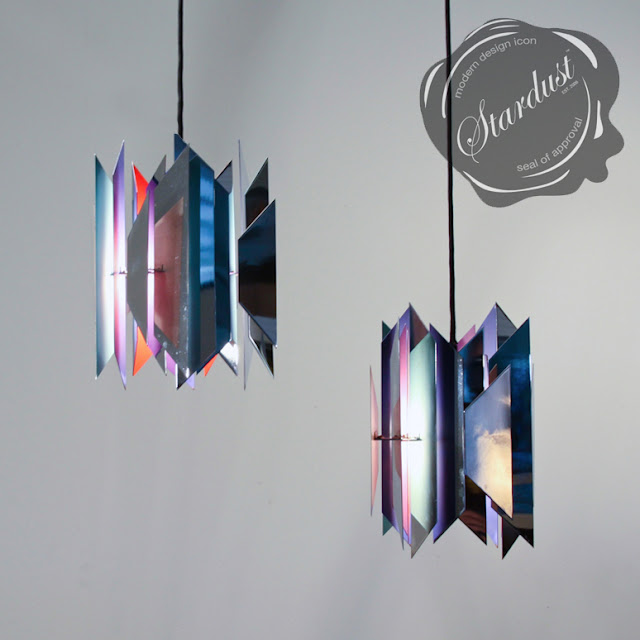 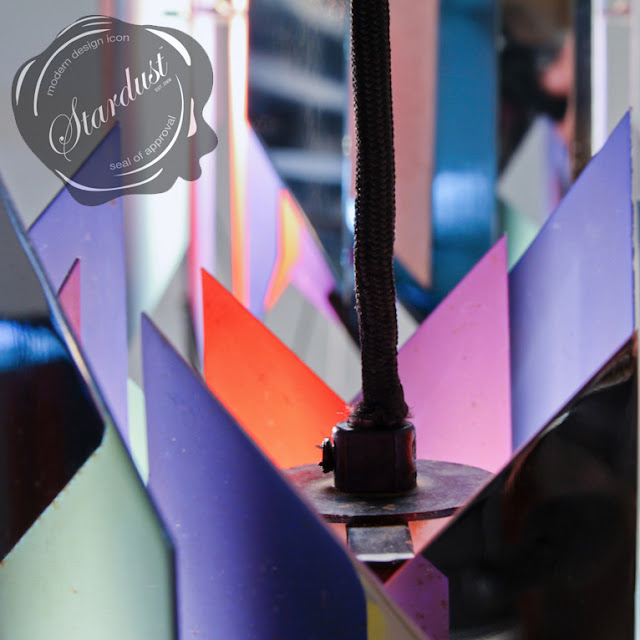 According to an article published by Sune Riishede of Classic Modern; Divan 2 was as sharp as a weapon, and demanded to be treated with respect.  More than a few diners at the Divan 2 restaurant in Copenhagen experienced what could happen if, after a quantity of good wine, they leaned too far forward while trying to get up from the table – a dagger in the scalp, and off to the emergency room. But for Tivoli and Copenhagen, the light and its surroundings were the sensation of the 1962 season. Lyfa put the light into general production immediately and it soon became a commercial success, first in Denmark and later for export. It was produced in two sizes: 25 x 31.5cm and 35 x 38.5 cm respectively. In 1963 it was exhibited at the Louvre in Paris and in 1964 it was installed in Georg Jensen's 5th Avenue store in New York. Meanwhile it received several national and international prizes. Simon Henningsen created only four different lamps for Lyfa; it is said because his designs were too costly to produce so Lyfa faded out production by the late 1960s.  The Simon Henningsen Tivoli Lamp by Lyfa has been out of production for the last half a century!  It occasionally shows up for sale at auction houses or online. 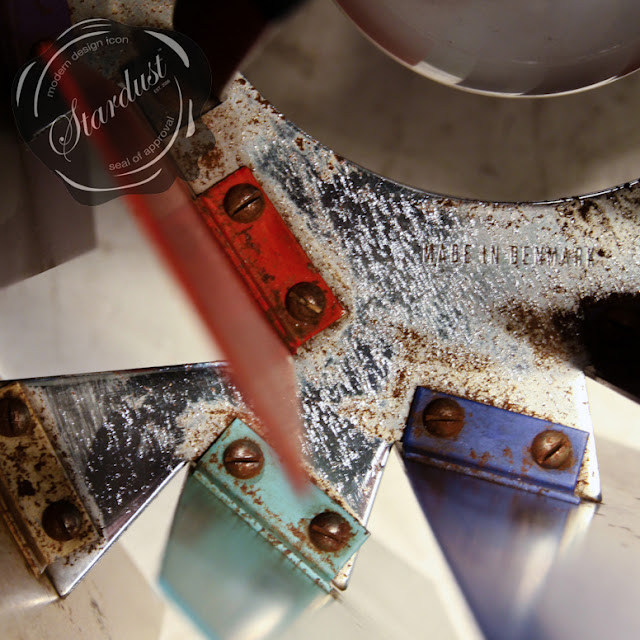