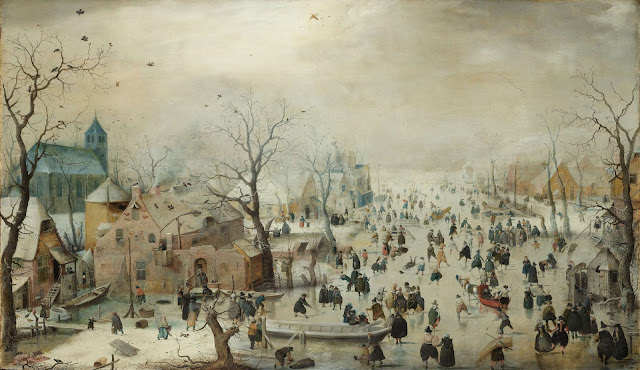 Anatomy of a Classic

Mom?  Yes Henk.  Is that a dinosaur skeleton in the bottom left?  That's impossible little Henk; this is a 17th century work so it must be a horse skeleton...or is it a dinosaur's after all?

Hendrick Avercamp (b. 1585, Amsterdam; d. 1634, Kampen) was a Dutch painter of early 17th century landscapes. Hendrick Avercamp was born in Amsterdam, where he studied with the Danish-born portrait painter Pieter Isaacks and perhaps also with David Vinckboons. He was deaf and dumb and known as "de Stomme van Kampen" (the mute of Kampen). As one of the first landscape painters of the 17th-century Dutch school, Avercamp links the archaic decorative conception of Flemish origins and the new realist and objective ambitions developped in Holland by Essaias van de Velde and Jan van Goyen. One of the recurring themes in Hendrick Avercamp's oeuvre was his winter landscapes. His paintings are colorful and lively, with carefully observed skaters, tobogganers, golfers, and pedestrians. Avercamp's early landscapes have a predominantly narrative quality, including numerous rather daring anecdotes. His style can be characterized by a high horizon, vivid and chatoyant colors distributed all over the painting, tree branches drawn over the snow or the sky, an archaic sense of perspective and a taste for circular formats focusing on the layout of the depicted scenes. As with Adriaen-Pietersz van de Venne, his little people are depicted in black over a white background and are busy each with a slightly different daily task. The high horizon in his paintings allowed him to draw attention into the details of his subjects; the numerous figures on ice. From an aerial perspective, he gave many amusing details, such as the man who takes an unfortunate nose dive on the ice (center right of painting) and a man peeing against a tree (center painting). If you have a magnifying glass, you will also find a couple having sex in a garden shed and a pooping man on the left of the painting. Design is in the details! 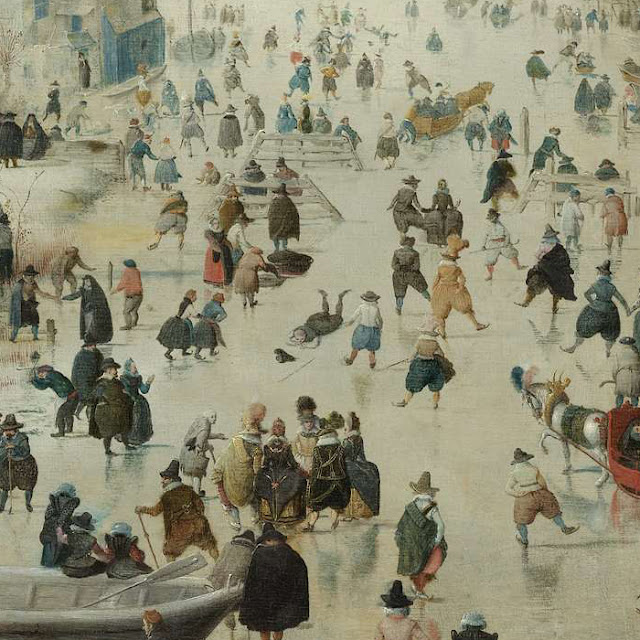 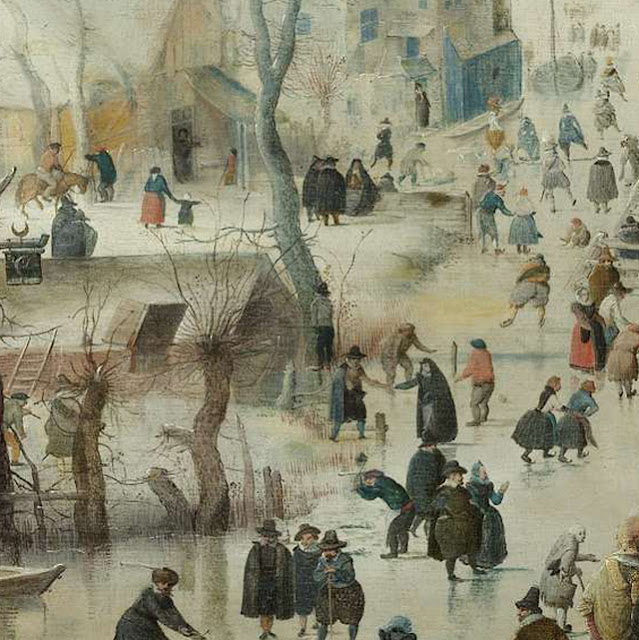 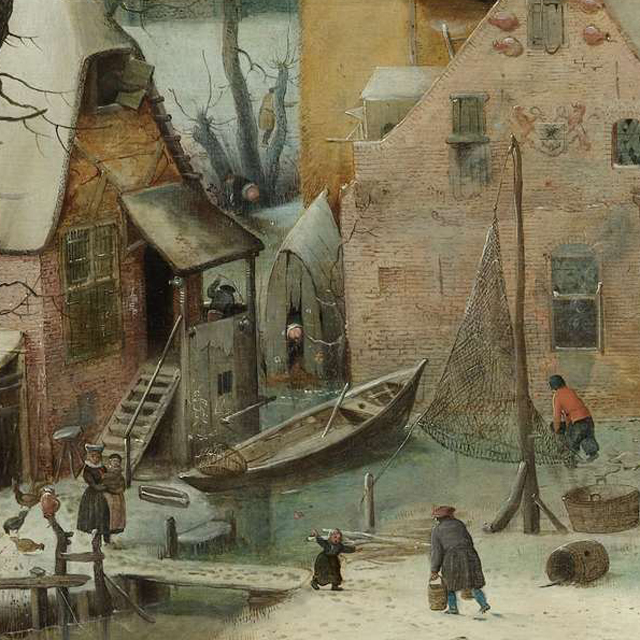 This work by Hendrick Avercamp can be viewed at the Rijksmuseum in Amsterdam﻿.
Make sure to take your magnifying glasses!﻿
17th century dutch art art icons dutch and flemish paintings dutch paintings fine art masterworks of art old master paintings the art curator