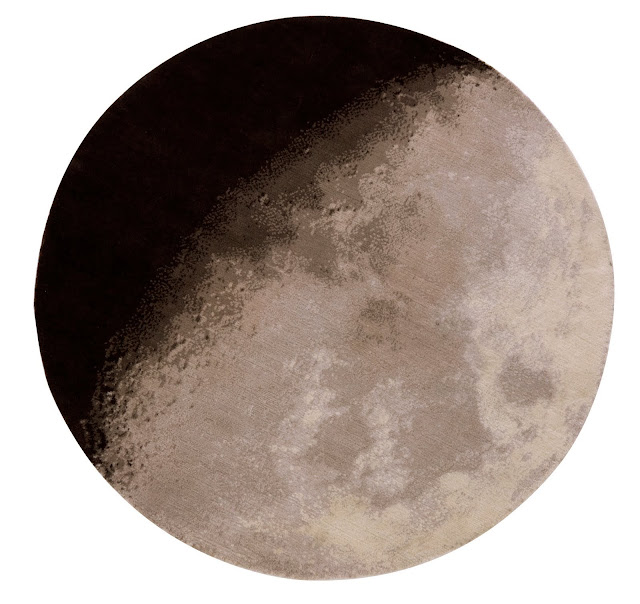 MOON Round Modern Rug 'Nanimarquina Luna' by Oscar Tusquets Blanca - Nanimarquina Round Area Rug - The Luna rug was designed by Oscar Tusquets Blanca for Nanimarquina in Spain. This dreamy piece is a re-edition from the ’80s that comes from Oscar Tusquets' La Tierra and La Luna rugs. Advances in photographic techniques have allowed this exact reproduction of an image of a moon in its waxing phase to be given even greater definition. The colors of the original work have also been revised, making them warmer, in browns and beiges. The '80s version of La Luna was smaller, so this bigger version allows it to be placed in passage ways, hallways or at the foot of a bed. Now you can ask for the moon and put it at the foot of the bed without wanting the impossible, and walk on the moon without it being a giant leap.