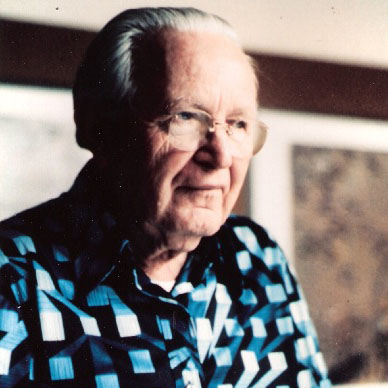 Furnish your home with mid-century modern designs from Stardust.com such as this
retro 1950s wall sconce:

And now for the Joplin House: 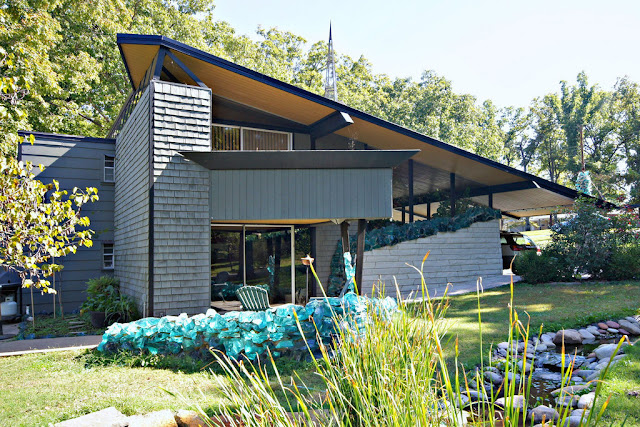 The sensitive restoration of the "Joplin House" by notable organic architect Bruce Goff is located at 6565 Park Circle in Joplin Missouri.  Currently on the market for $210,700.00 on ebay; this small but spectacular house will please fans of John Lautner's architecture in Southern California.  This home that would be a perfect setting for a late 1960s or early 1970s James Bond movie (we refer to the Elrod House in 'Diamonds are Forever, 1971'.  This organic modernist home won an AIA award in 2005 leaving original fixtures throughout including Norwegian Rose granite, hidden storage spaces, and signature blue glass. Two master suites with private balconies. Lush landscaping with koi pond, waterfall. An imaginative treasure designed from the mind of one of America’s frontier architects. 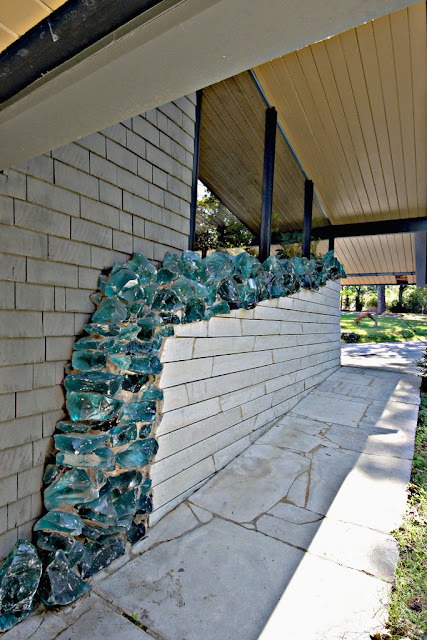 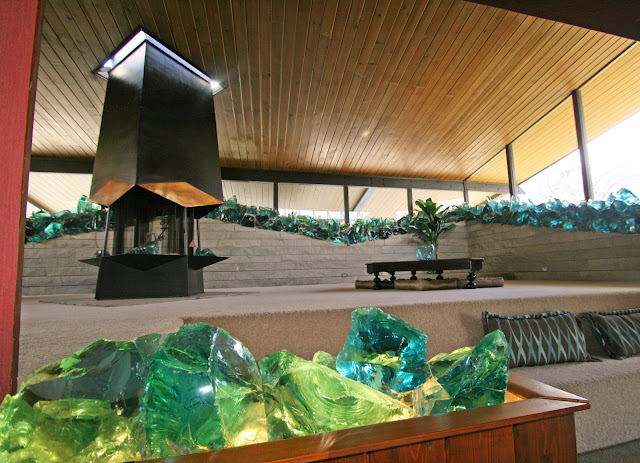 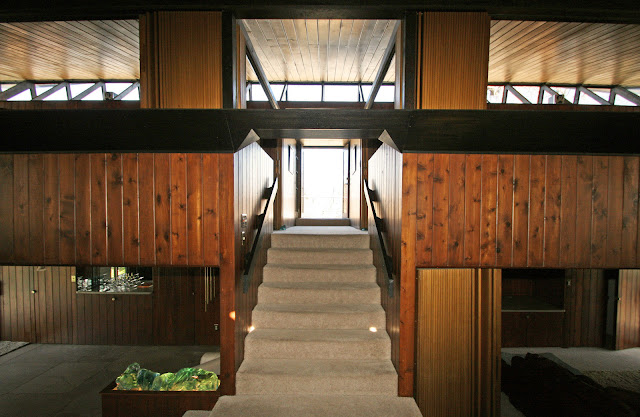 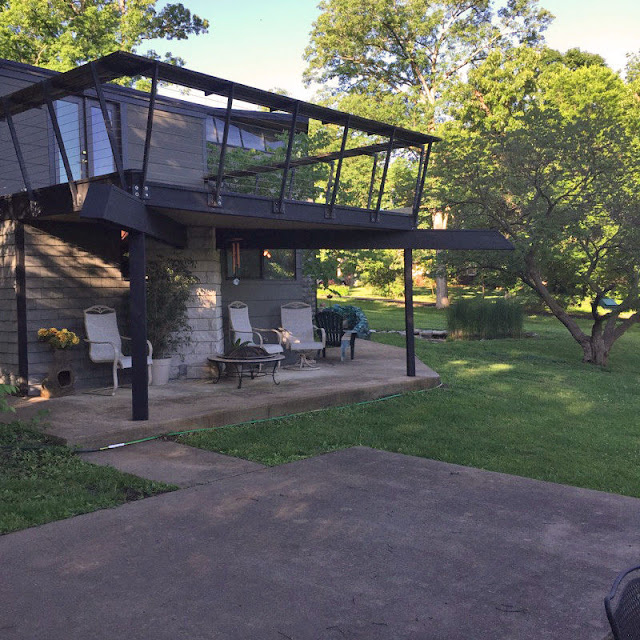 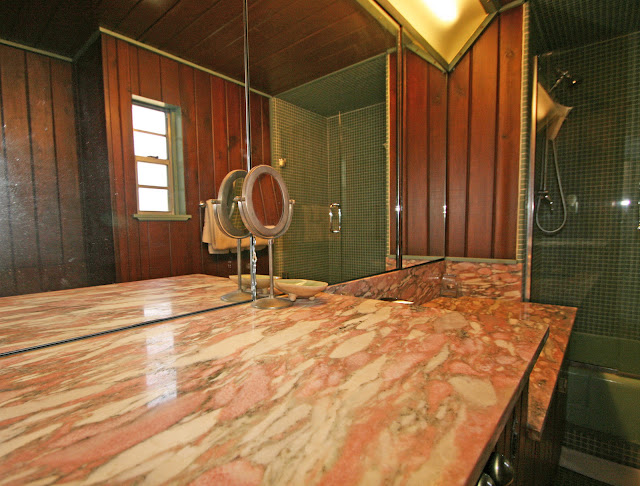 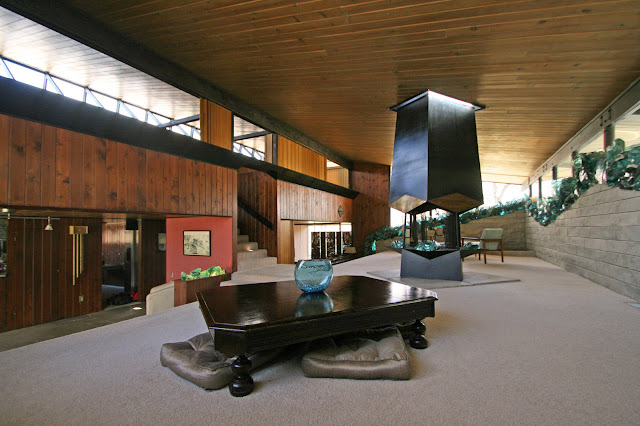 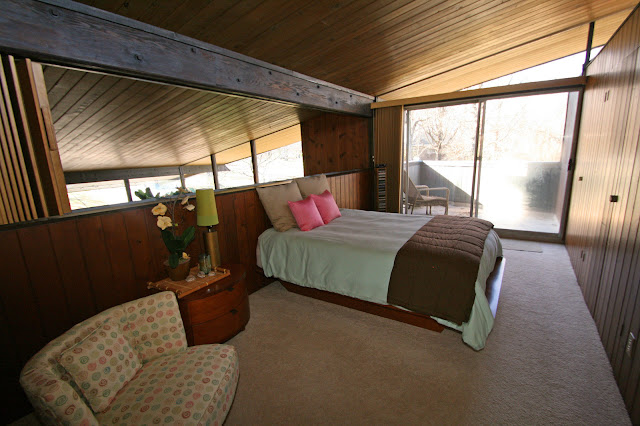 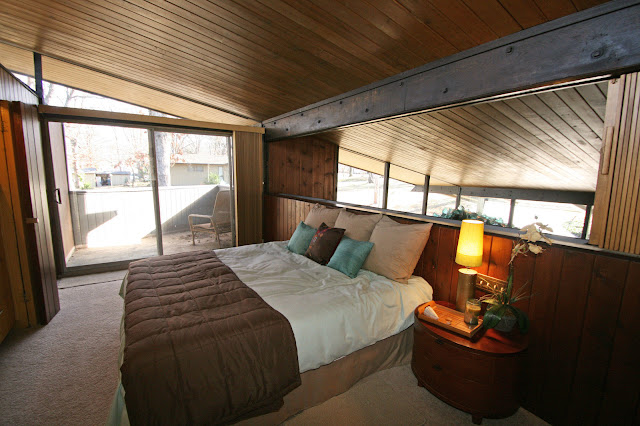 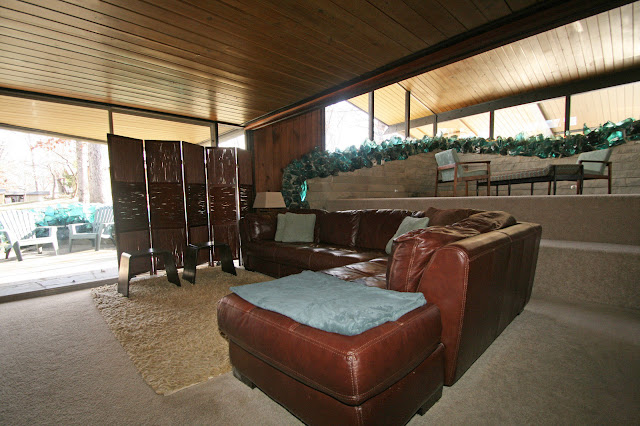 That divisive nature of Goff’s work, coupled with the location of many of his completed design projects — most in rural or residential areas in the Midwest — has limited his work from receiving the recognition it deserves. Goff’s name has faded into the geeky obscurity of architectural reference books and he doesn’t have a centrally located and breathtaking showcase building similar to his friend and mentor Frank Lloyd Wright’s Guggenheim Museum to keep him in the public eye — the closest to a Goff landmark is the Pavilion for Japanese Art at the Los Angeles Museum of Art, which was completed in 1988, six years after his death, and is his final work. When the LA structure was unveiled, the New York Times architecture critic, Paul Goldberger, wrote that he hoped that it “will surely bring Goff’s flamboyant architecture to a wider public than has ever seen it before”. --- Architect Bruce Goff, one of the few US architects whom Frank Lloyd Wright considers creative, scorns houses that are ‘boxes with little holes’--- So starts a 1951 Life Magazine article on the Ford House in Aurora, Illinois, one of Goff’s many astounding and imaginative designs that are some of the most structurally forward-thinking of mid-century modern architecture. 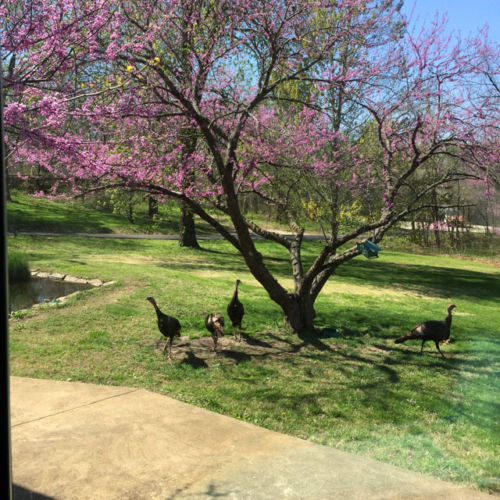