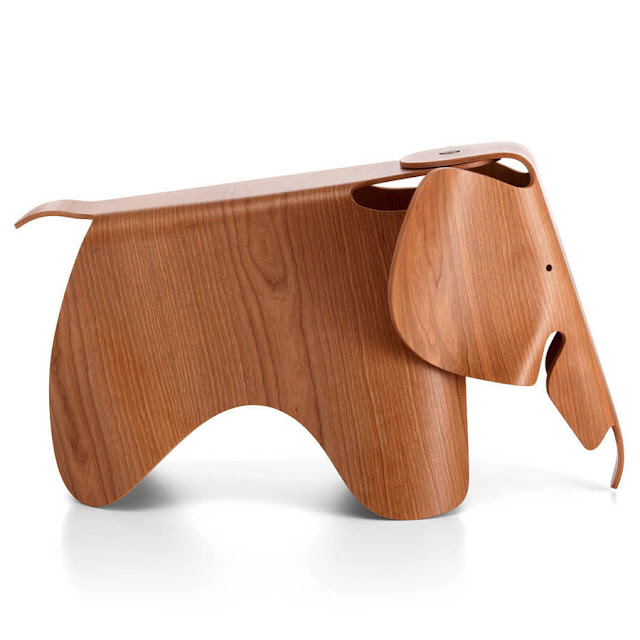 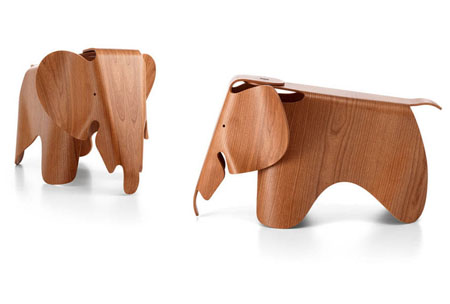 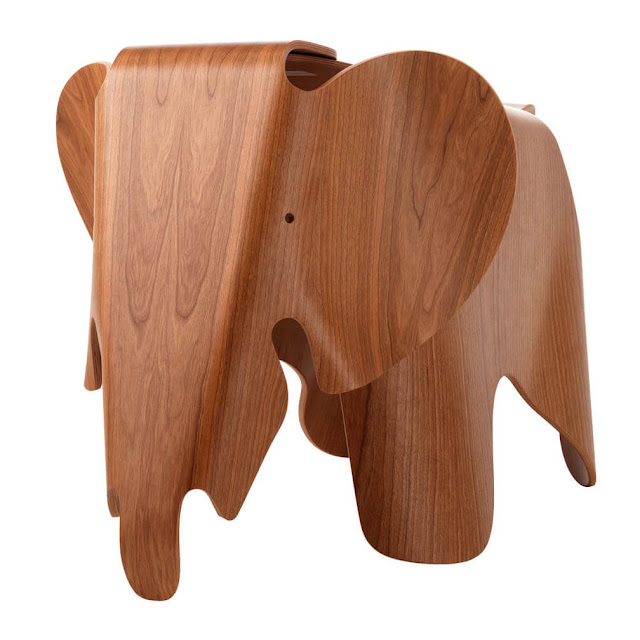 Eames Original-Vitra Plywood designed Elephant from Stardust. This Vitra Eames Plywood Elephant in American Cherry has been released as a re-edition of the original Charles & Ray Eames Plywood Elephant 1945 design - which never actually went into production. One prototype was shown at the Museum of Modern Art in New York in 1946 and still survives in the Eames family archive. After a limited edition plywood version in 2007, Vitra has now launched serial production of the Eames Elephant in plywood with this American Cherry wood finish for the very first time. Here's how it looks in the living room next to an Akari lamp and Prouve Cite relaxer: 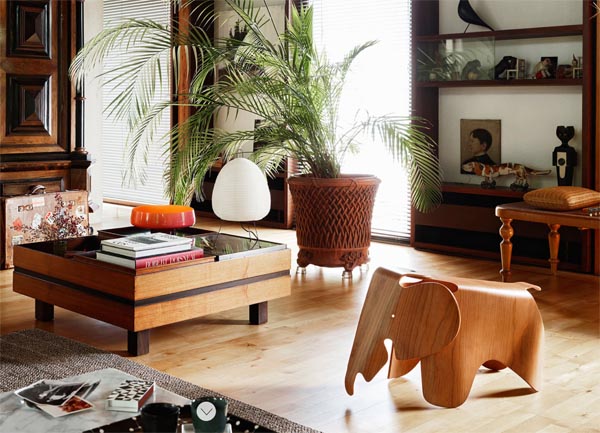 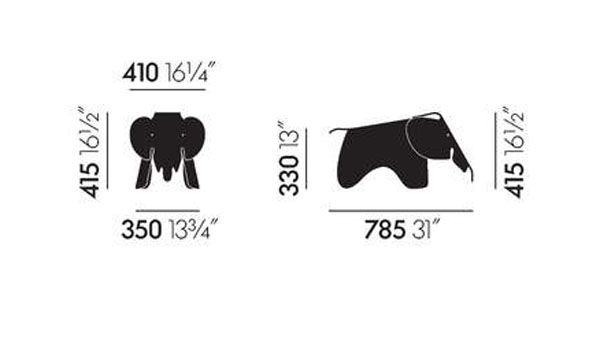 Renowned designers Charles and Ray Eames originally penned this playful design in 1945, having been charmed by the majestic elephant's role in children's stories and mythology. This original design was first created in plywood, but never made it into mass production. Decades later, the Eames elephant is now available for the first time in a plastic version for those it was originally intended for: children. Whether used as a toy outdoors and in, or simply a decorative piece in your child's room, this cuddly companion is sure to provide inspiration and delight.