on May 23, 2013
Tribute to Grand Central Terminal
Centennial Anniversary
Presented by Stardust

We made sure to use the authentic original images without alterations.  Plus, we've selected only those photographs that display a beautiful balance between light and shadow.  The photographer is referenced when known.  If it's not, please let us know the photographer's name and we will be happy to update the credits. 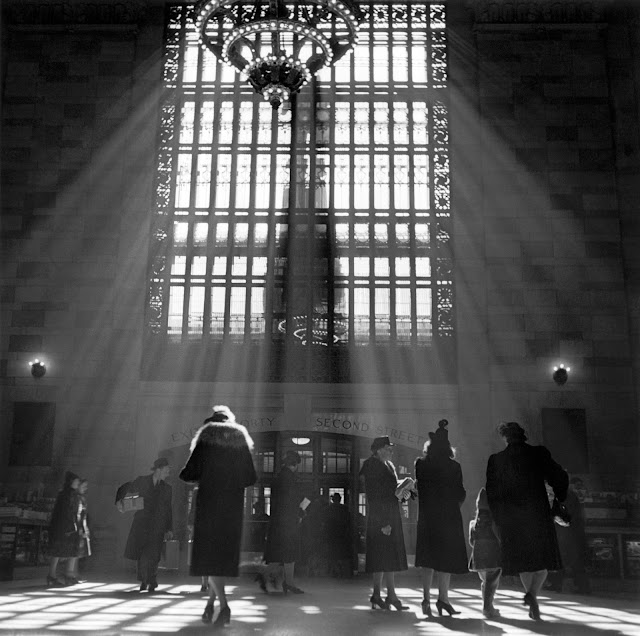 Perhaps one of New York's finest monuments, Grand Central Terminal was designed in a Beaux-Arts style by the architectural firms of Reed and Stem and Warren and Wetmore. The terminal opened on February 2nd 1913 when trains were still a luxurious means of traveling across America. It was dubbed the greatest railway terminal in the world and had an $80 million price tag (a very large sum back in 1913)! The beautiful astronomical mural on the Main Concourse's ceiling depicts the Mediterranean sky during the October to March zodiac, featuring 2,500 stars. Designed in France and constructed in Long Island City, the massive figures of Roman gods Mercury, Minerva and Hercules look down from Grand Central's 42nd Street entrance. Weighing 1,500 tons and 66 feet in length, the figures were carved separately and then joined together on the Terminal's exterior. The world's largest Tiffany clock, measuring 14 feet, resides at the center of the sculptural group at Grand Central's 42nd Street entrance. 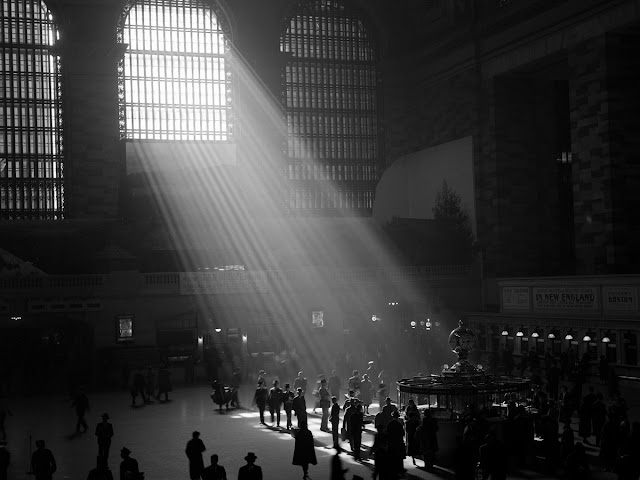 The combination of black and white photography, filtered light streaming through the windows, New York City, Grand Central Terminal, and the atmosphere of a lingering Depression Era create a perfect storm of photographic wonderfulness. 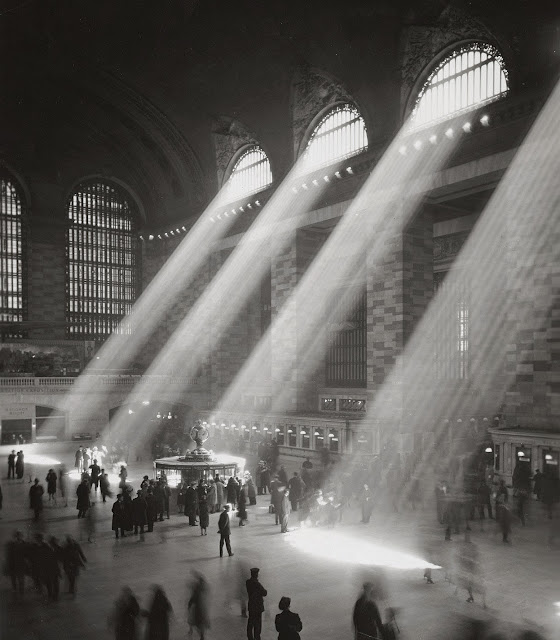 These astonishingly beautiful black & white and sometimes sepia-colored photographs have something dauntingly beautiful.  The effect would be difficult if not impossible to repeat today. The terminal used to be filled with sooth from the trains and quite a bit of tobacco smoke.  In addition, light can no longer beam in because of the numerous tall adjacent buildings that now dwarf Grand Central Terminal.  Still, it is nice to try to imagine what it felt like to stand in those beautiful beams of light that we see in old photos such as these.  Wish we had a time machine!  Enjoy some of the most beautiful black & white photographs of Grand Central Terminal; an icon of New York City architecture!
1941, the dawn of war: it's perhaps sobering to realize that the above photographs by John Collier were shot just two months prior to the attack on Pearl Harbor. During World War II a USO Canteen was located inside Grand Central reflecting the important role that the Terminal served as a point of departure for thousands of American troops.