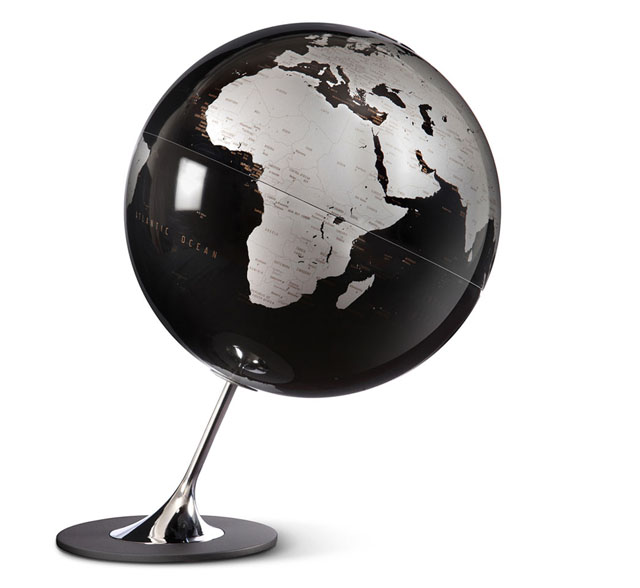 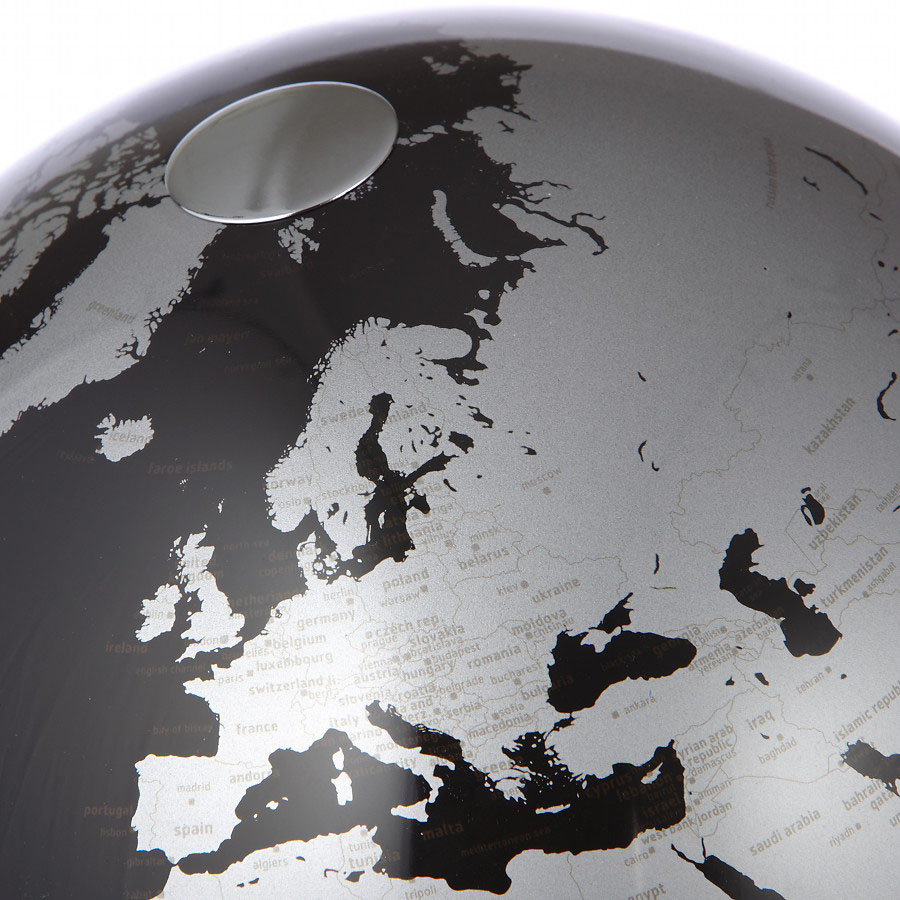 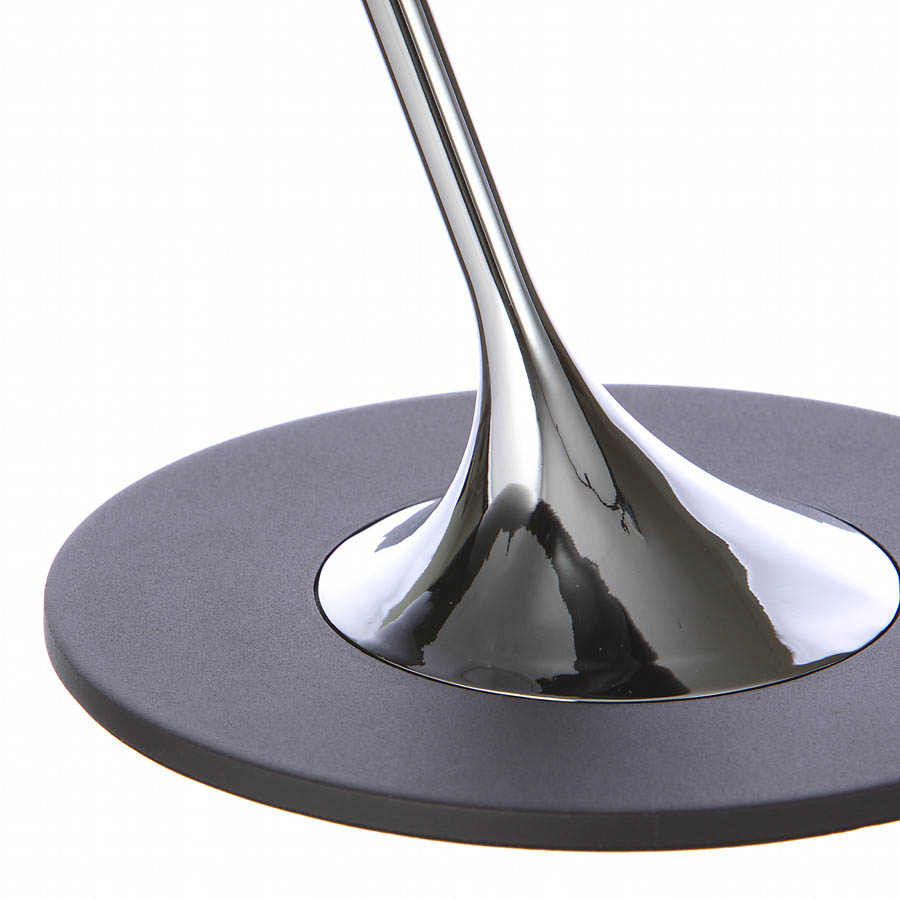 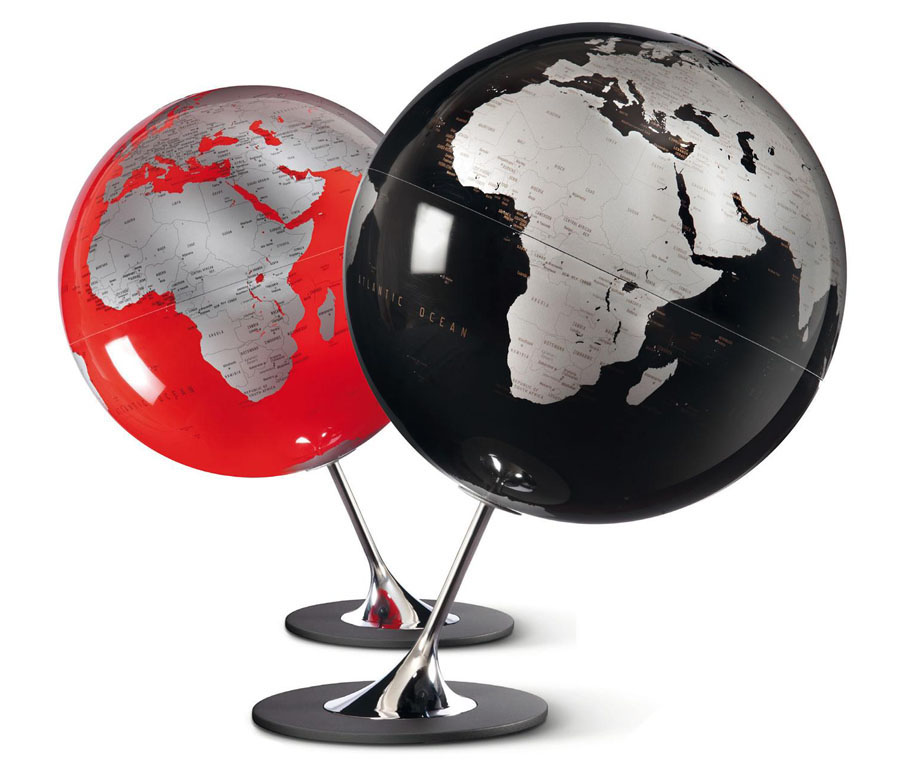 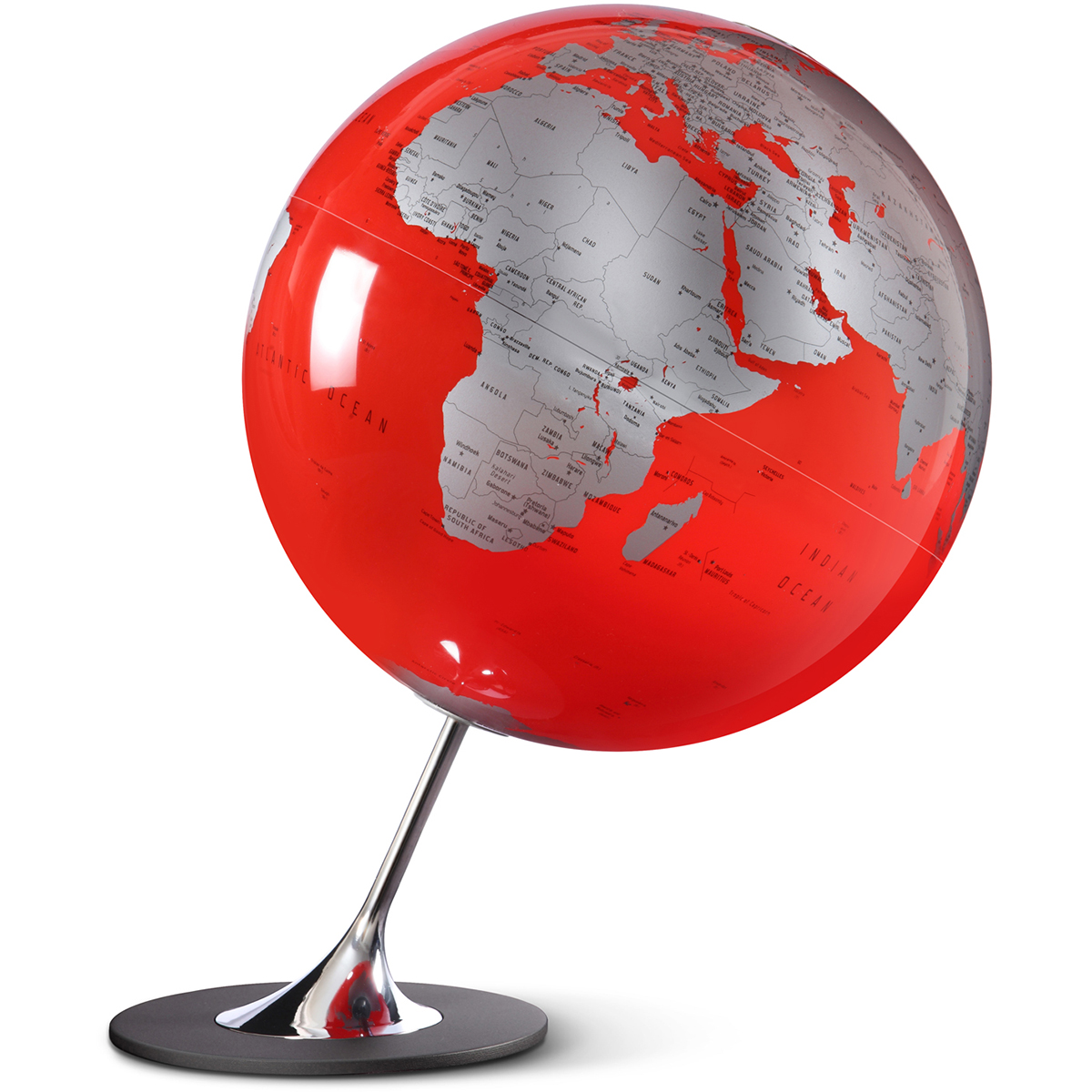 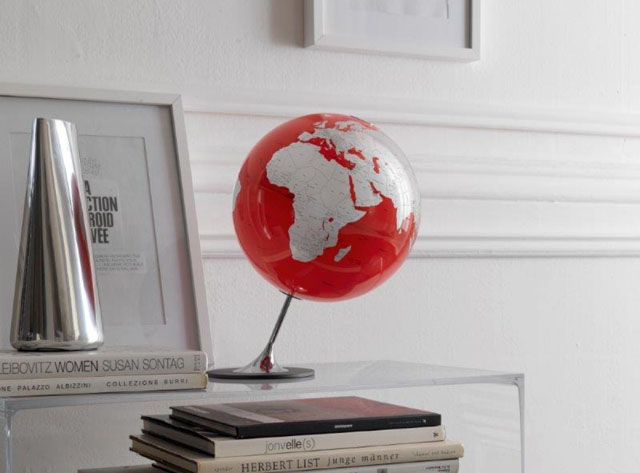 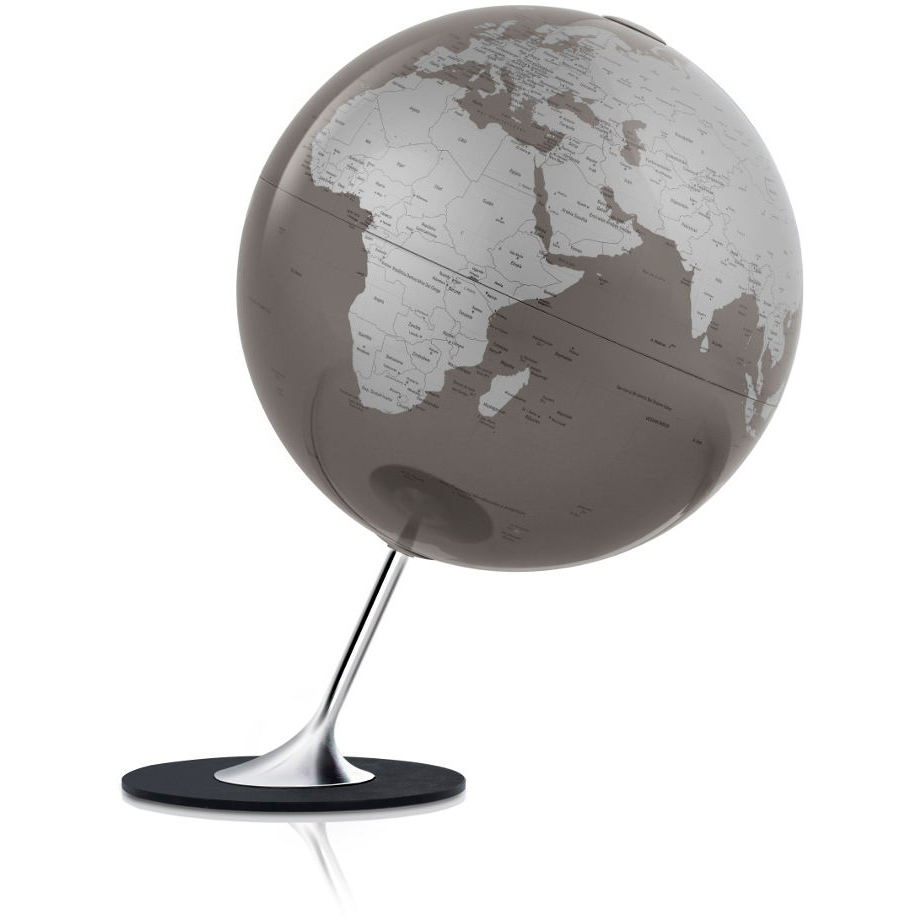 Atmosphere Anglo Globe Modern Globe with Tulip Base. At one time merely learning tools, globes have now also become sought-after decorative pieces for the well-traveled and geographically-minded. The Atmosphere Anglo Globe lives up to both aspects with a scale political model of Earth, its oceans and other bodies of water beautifully rendered in Metallic Black and land in gleaming Silver.
globe globes