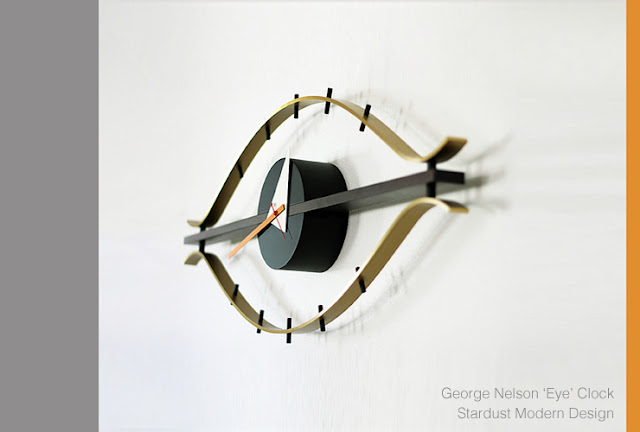 The Eye Clock is a reintroduction of a rare and important clock by George Nelson, a founder of American modernism whose work is featured in the Museum of Modern Art's collection. Finely crafted according to the original specifications, the Eye Clock is made by The Vitra Design Museum of brushed-brass lids with black dowel lashes on a walnut frame, with a lacquered metal face and hands. Twice the scale of George Nelson's earlier clock designs such as the Ball Clock, the Nelson Eye Clock (1957) constitutes part of the designer's iconic collection of oversized clocks, newly reissued by the Vitra Design Museum. It features an updated battery-operated quartz movement. One AA battery is included. 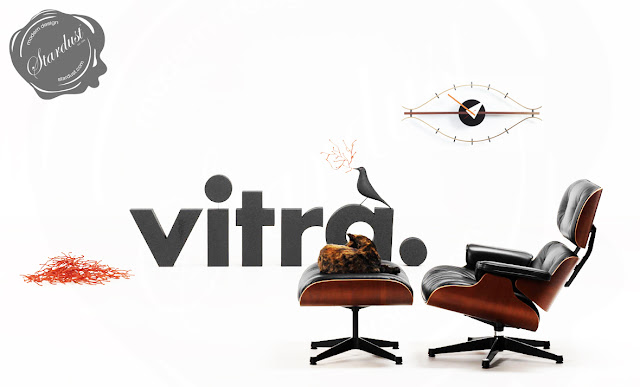 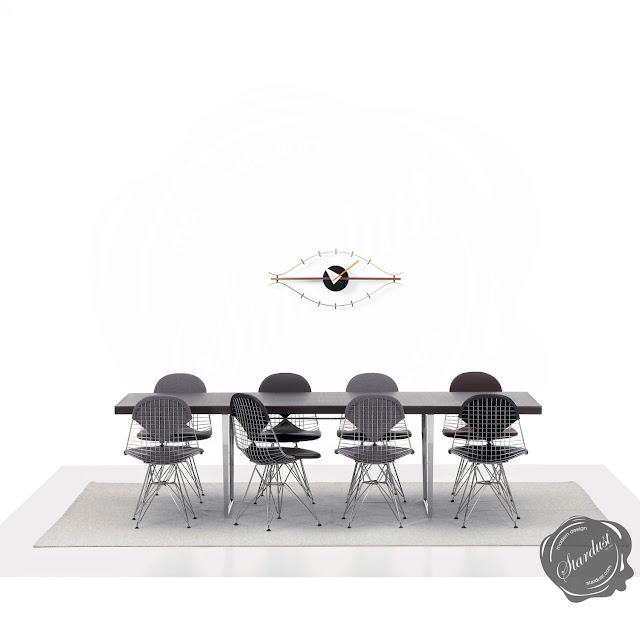 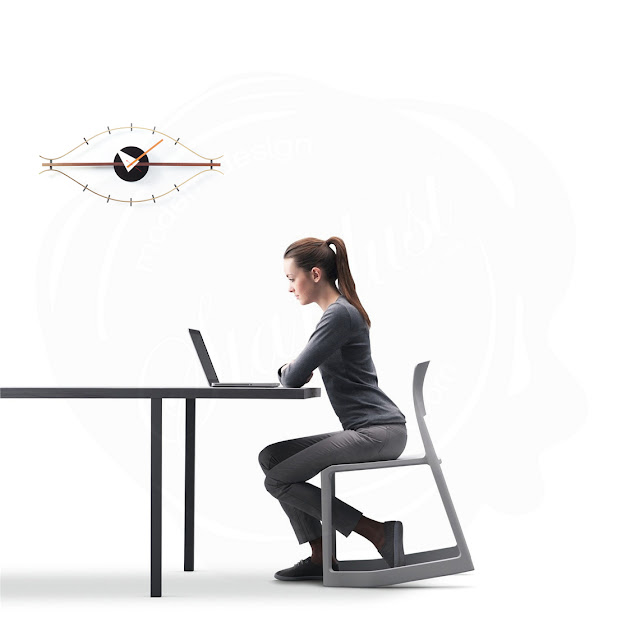 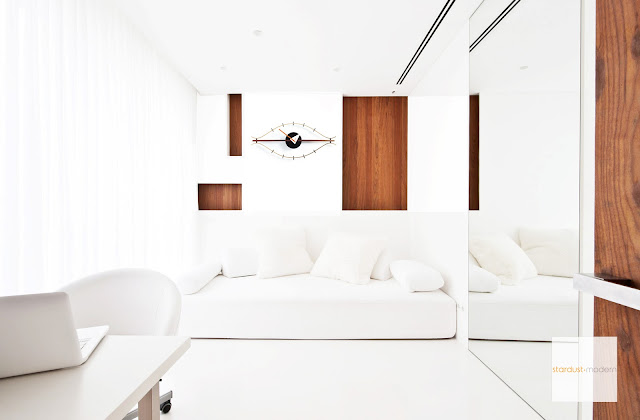 The Nelson clocks were first born from a festive evening of collaboration.... George Nelson recalls: 'And there was one night when the ball clock got developed... Noguchi came by, and Bucky Fuller came by... we started making doodles. Then Bucky sort of brushed Noguchi aside. He said, 'This is a good way to do a clock,' and he made some utterly absurd thing. Everybody was taking a crack at it, pushing each other aside and making scribbles.... and the next morning there was this roll of drafting paper and somewhere in this roll there was the ball clock." These clocks are produced from the original design documents from the Nelson archive with the blessings of the George Nelson estate.