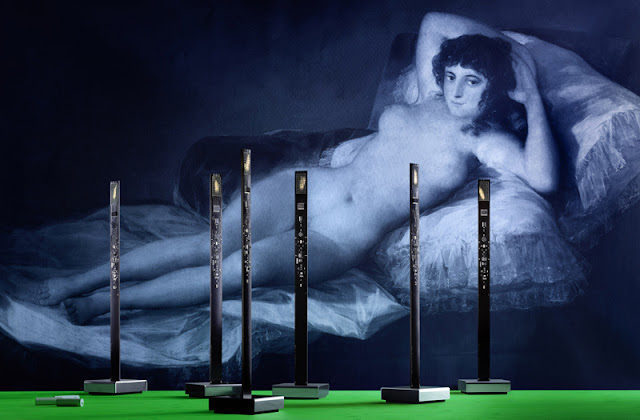 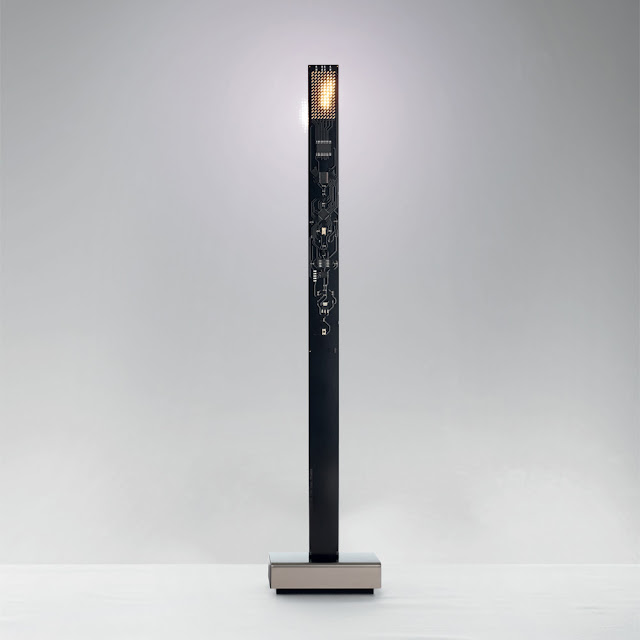 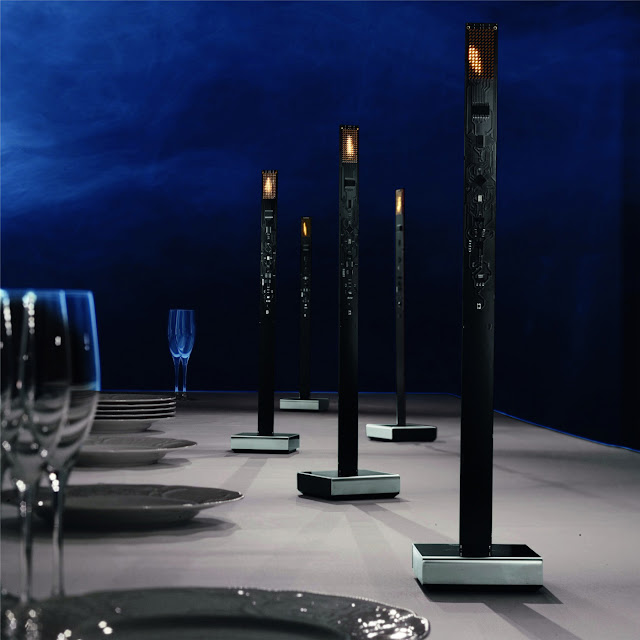 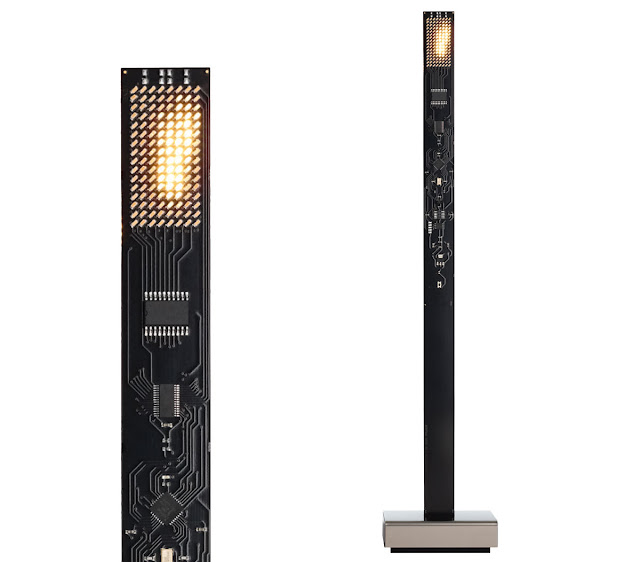 As featured in the San Francisco Chronicle. Candlelight dinners will never be the same again! My New Flame by Ingo Maurer is a clever new take on the classic candlelight but much more fascinating to behold. The truly amazing My New Flame light is destined to become a classic! This brilliant table light with its flickering light creates a magnificent spectacle of light. My New Flame is a distinctive 'candle light' for the table or bedside that never burns down. The stunning combination of high-tech circuitry and poetic expression by the British/German designer and engineer, Moritz Waldemeyer. My New Flame takes your standard flameless candle and turns it into a spectacle of light that brightens up any space.

At the upper end of a sleek black or red circuit board, a candle flame seems to flicker in the wind. Up close, viewers perceive a double-sided rectangular display made of 128 tiny LEDs per side, which renders the image of a burning flame. Sophisticated programming of the LEDs and their warm color temperature make the flame look astonishingly realistic. There are lots of ways to use My New Flame: on elaborately set dining tables, in living rooms, outdoors, and as night light on the bedside table for all those who prefer not to fall asleep in the dark.

Ingo Maurer's inventive My New Flame consists of a circuit board, metal, plastic, double-side display - each with 128 dimmable LEDs, 5 volts. Based on video material, the LED's render flickering candle flame in a realistic and captivating way. My New Flame has an on/off switch in the base plate. Powered by 4 standard AA batteries max 1.5 volts (batteries not included).

My New Flame by Ingo Maurer