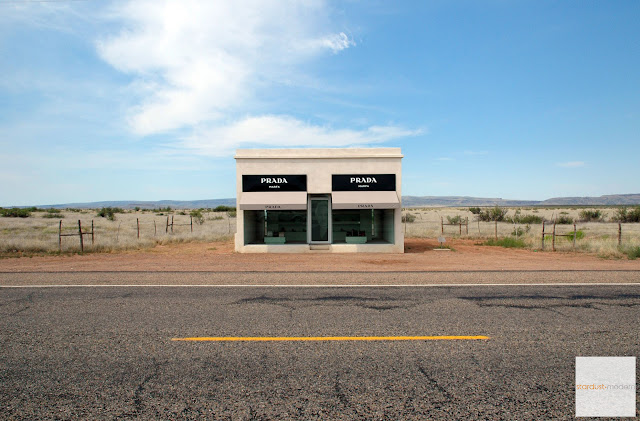 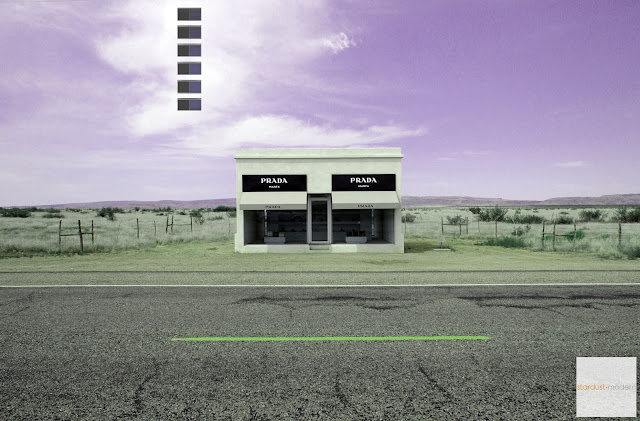 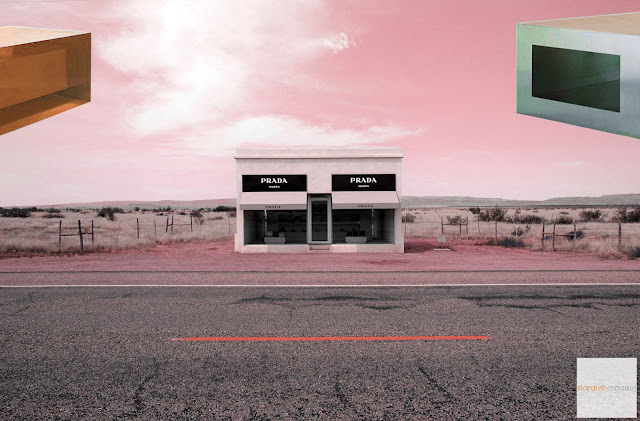 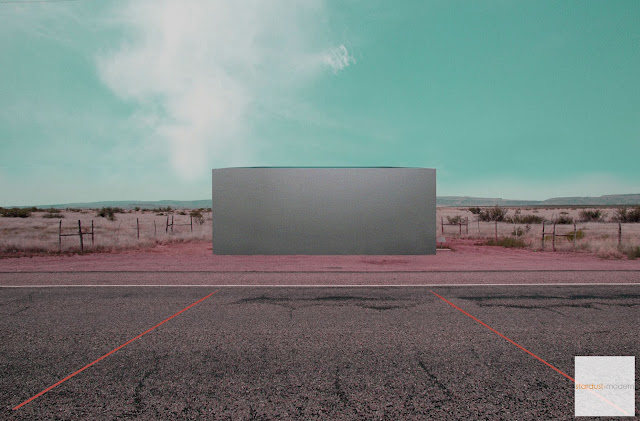 
Interpreting the matter.  Our Prada Marfa Donald Judd Mix-Up Project.  Prada Marfa is the infamous faux boutique displaying luxury bags and shoes in the middle of the sparse Texas landscape where locals love the unload their guns. Created in 2005 by artist duo Michael Elmgreen and Ingar Dragset.  Recreated by Stardust 2012 though the eyes of Donald Judd.