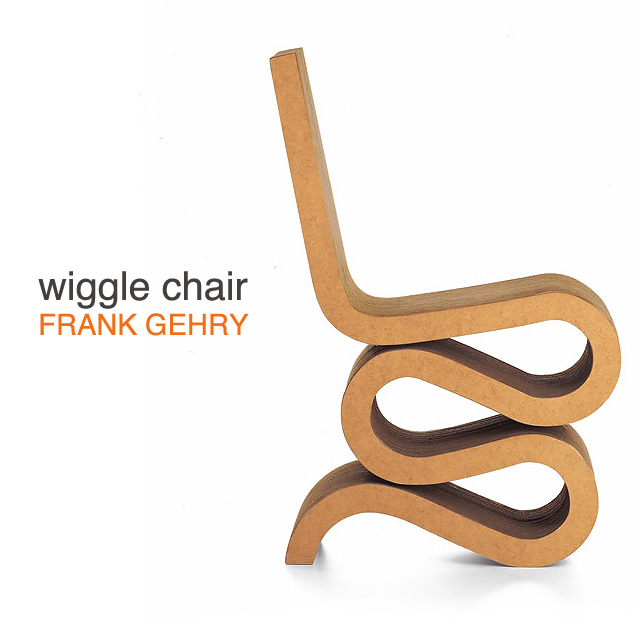 This is the Frank Gehry Wiggle Chair. Frank O. Gehry is an internationally acclaimed architect and designer. His Wiggle side-chair is part of the Easy Edges furniture series he designed in 1972. Frank Gehry made design history in the early 1970s when he designed a whole set of curvy modern furniture out of cardboard. With the furniture series Easy Edges, Frank Gehry gave a new and suprising aesthetic dimension to cardboard, an everyday material. You have more than likely seen Gehry's classic Wiggle Chair hanging out around stylish offices and design spaces – showing off the strength, durability, and organic comfort that is possible with layered corrugated cardboard. Architect and designer Frank Gehry was the first designer to create cardboard furniture, having created the classic Wiggle Chair in 1972 as part of his Easy Edges collection. 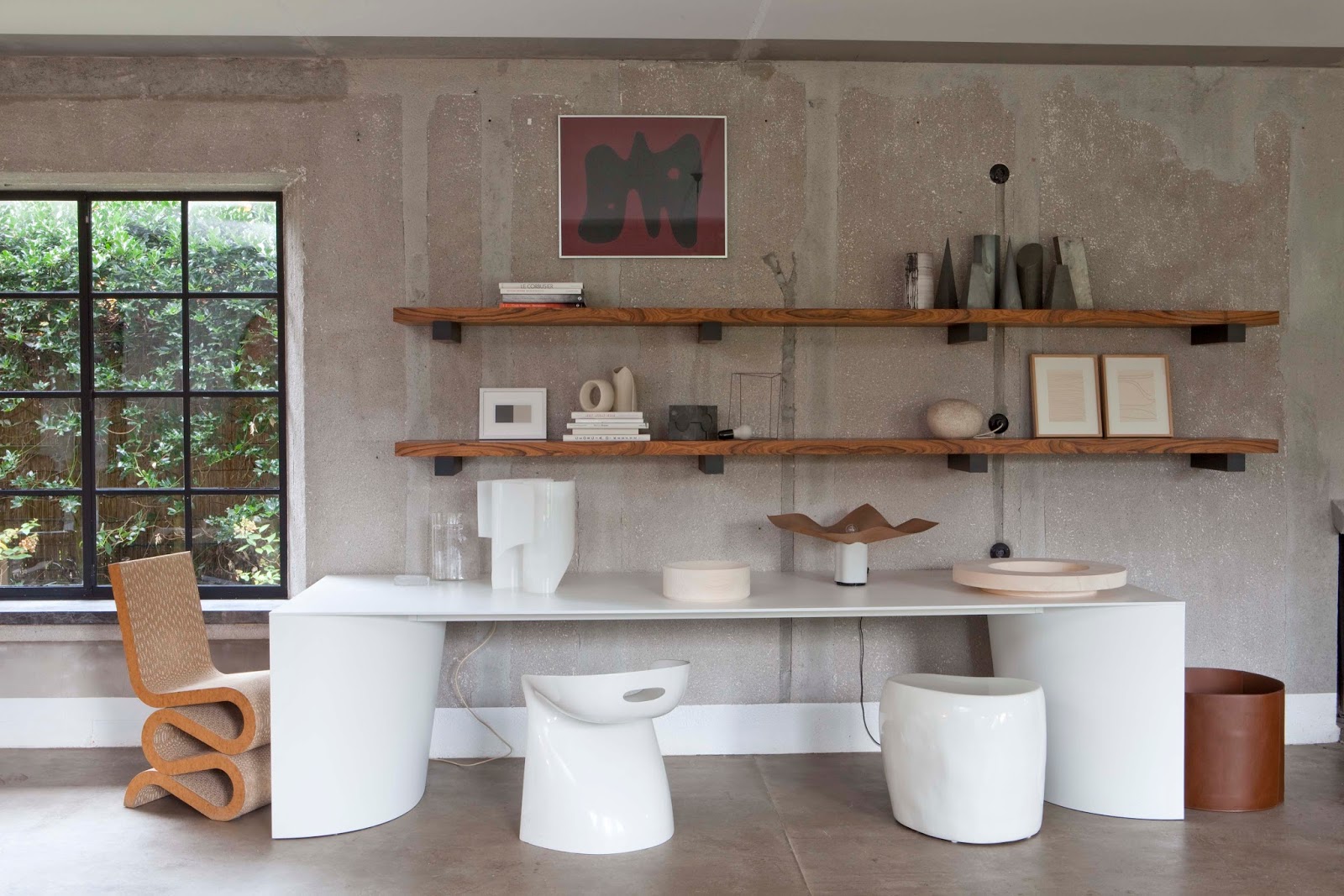 Easy Edges is the name given to a series of furniture designs by Frank Gehry from 1969 to 1973. These early designs were partially responsible for Gehry's rise to public recognition in the early 1970s. After discovering that corrugated cardboard layered enough times in alternate directions builds strength into the piece and make it suitable for the everyday use, Gehry created a series of pieces of furniture such as the "Easy Edges Wiggle Side Chair" that take advantage of the versatility of cardboard as a medium. Hardboard facing is applied to the furniture's flat surfaces to add to the durability of the designs. Frank Gehry's use of cardboard as a medium demonstrates his "fundamental concern with manipulating basic materials in unconventional ways to produce objects that are functional yet also visually striking". 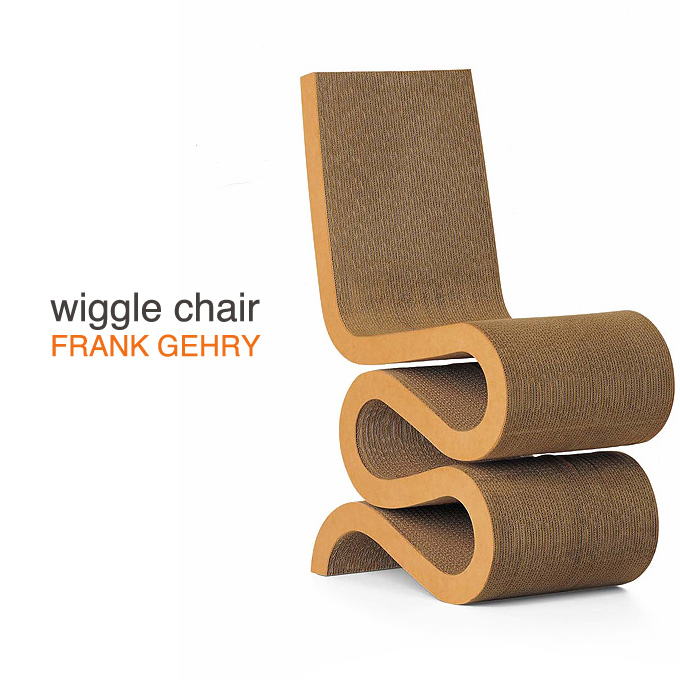 However, the Easy Edges series never reached big production volumes due to sales prices exceeding rates Gehry had expected. That, in addition to Gehry's aversion to the role of a furniture designer rather than that of an architect resulted in a cessation of production until in 1986 Vitra AG relaunched four models from the Easy Edges series into production (source: publication "Dimensions of Design" by Vitra Design, including the "Wiggle" chair. According to Vitra, the Swiss contemporary furniture company that has produced Frank Gehry’s Easy Edges cardboard furniture designs since 1986, including the Wiggle Chair, Frank Gehry saw a pile of corrugated cardboard outside his office one day and began to experiment. He was already using cardboard to build architecture models and realized that it became very strong when glued together.Manufacturers had been seeking an alternative to plastic since the 1960s but struggled to find anything that could compete with its light flexibility. At that time, cardboard was often just a single layer and attempts to reinforce it were made by folding and inserting tabs and slots. But Frank Gehry, who was born in 1929, came up with a solution thanks in part to childhood spent playing in his grandfather’s hardware store every Saturday morning, building villages and cities from scraps of plywood. Frank Gehry Wiggle Chair.