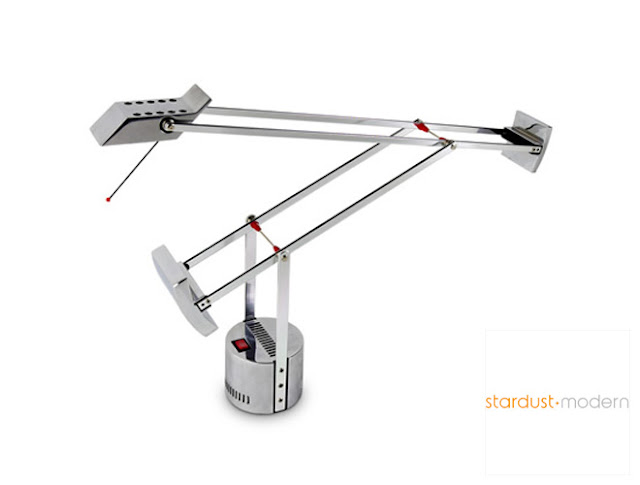 Richard Sapper's latest addition in the Tizio series is the Tizio Micro; a cute-as-a button compact architectural table lamp.  Tizio Micro is about 35% smaller in scale compared to the original Tizio Classic.  We had a chance to test the Tizio Micro at the Stardust showroom.  Here's our review... This small table lamp is perfectly sized for smaller tables/desks in home office applications and for small bedside tables where it can be used as a compact bedside reading lamp for occasional use.  Its compact size takes up a limited amount of valuable desk- or table top space.  The space saving qualities of this Micro sized Tizio do result in a more limited amount of light however.  Tizio Micro has a 300 lumens light output with a 20W halogen bulb (the Tizio Classic in comparison shines bright at 850 lumens with a ... read the full Tizio Micro review at Stardust). 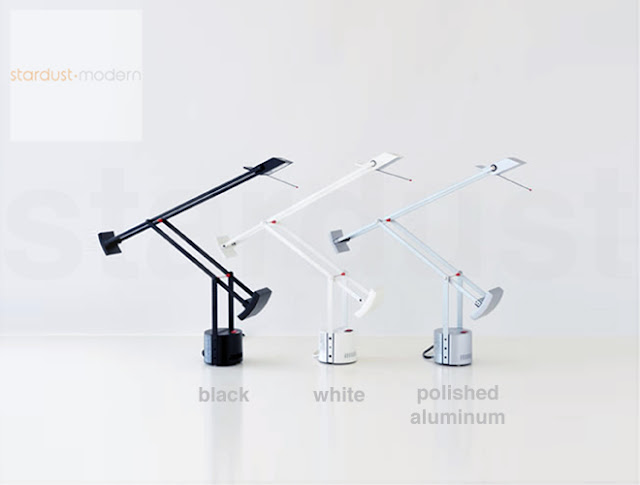 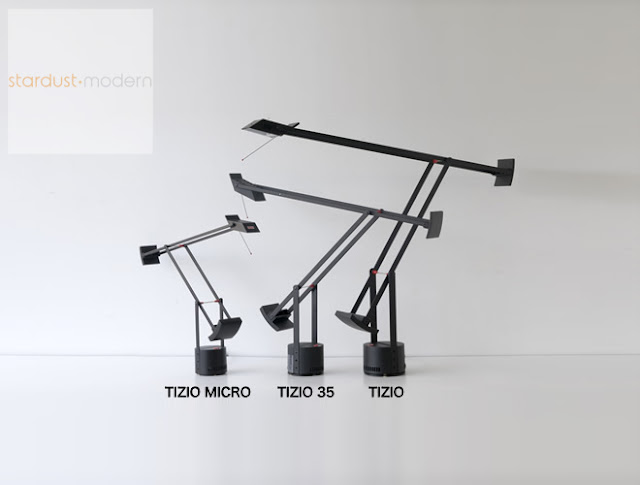 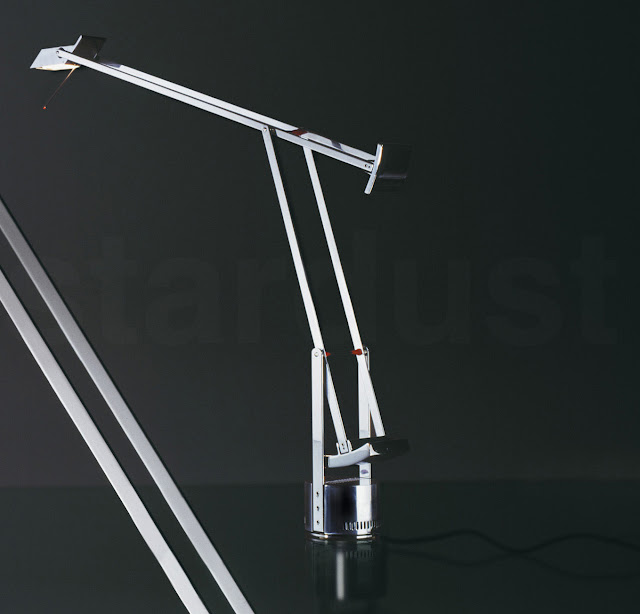 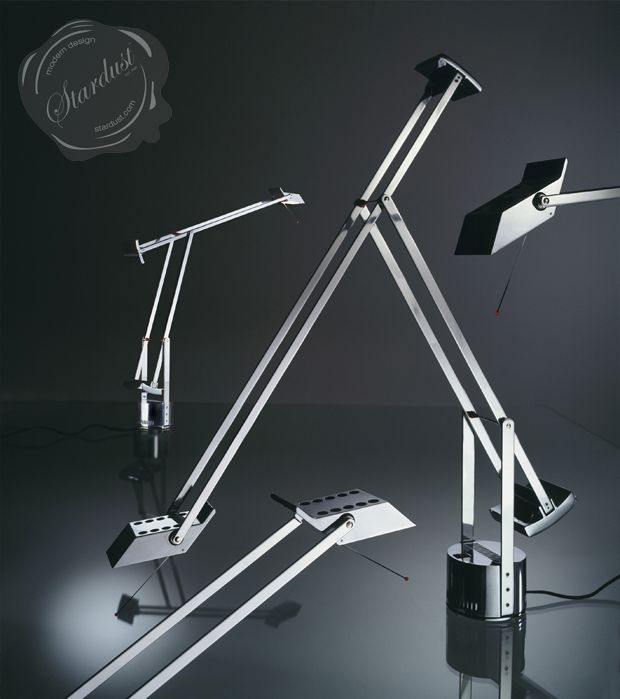 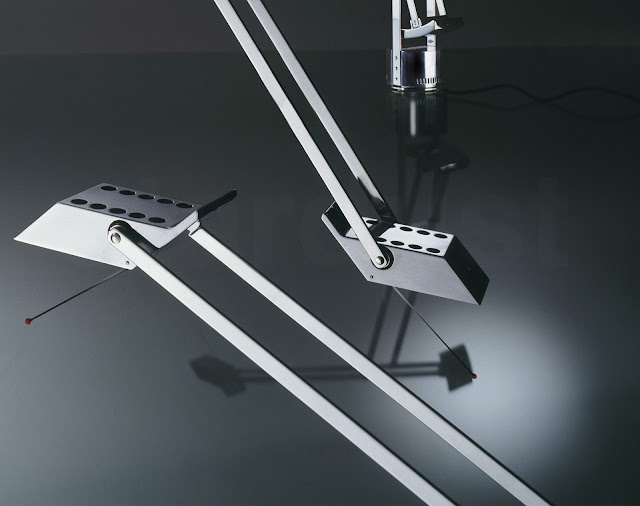 
Richard Sapper (born 1932 in Munich) is a German industrial designer. He received a Compasso d'Oro industrial design award in 1959. Sapper partnered with Italian designer Marco Zanuso and were hired in 1959 as consultants to Brionvega, an Italian company trying to produce stylish electronics that would compete with products manufactured in Japan and Germany. 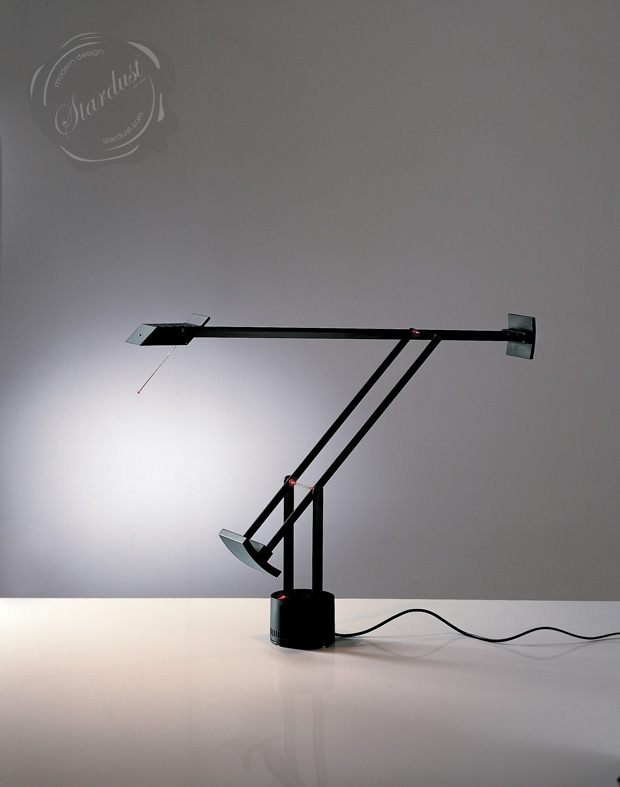 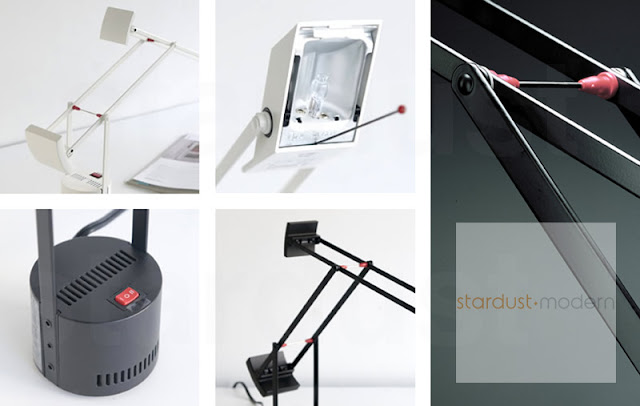 Richard Sapper also designed a series of radios and televisions that became enduring icons of an aesthetic known as techno-functionalism. One of their more notable designs was the rounded, compact and portable Doney 14 (1962), the first television to feature completely transistorized construction. Using the aesthetic of sculptural minimalism, the pair designed the compact folding Grillo telephone for Siemens and Italtel in 1965. The Grillo was one of the first telephones to put the dial and the earpiece on the same unit, and today is a featured display at New York's Museum of Modern Art (MoMA). 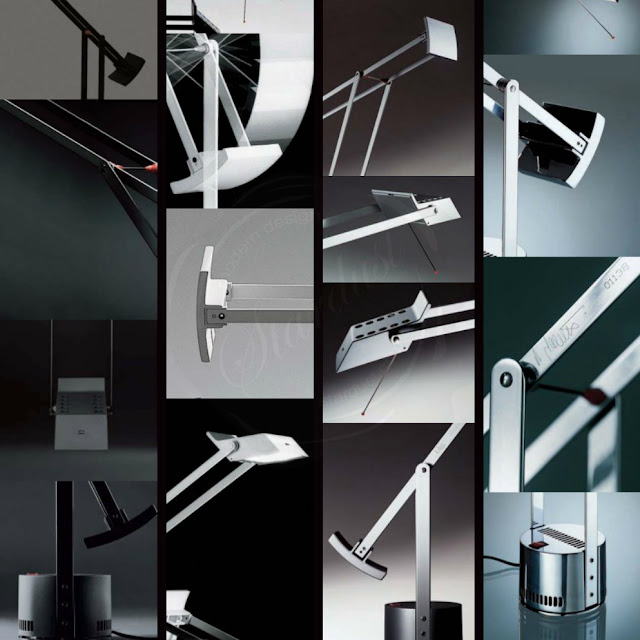