on October 14, 2014
The Architecture by Bud Oglesby

Bud Oglesby and his firm, Oglesby Group Architects, was one of the most important modernist architectural firms in Dallas for several decades. He has had more influence on the modernist architects working in Dallas in the twenty-first century than any other architect. He was a native of Phoenix, was raised in San Angelo and he received his masters' degree in architecture from MIT. His homes always had a relaxed elegance, exploring light and accommodating a family’s lifestyle. 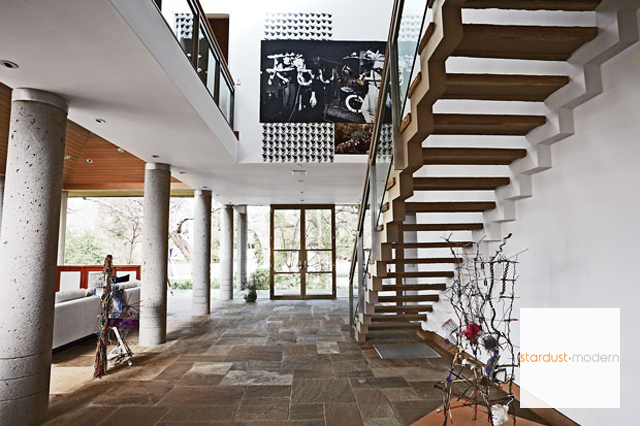 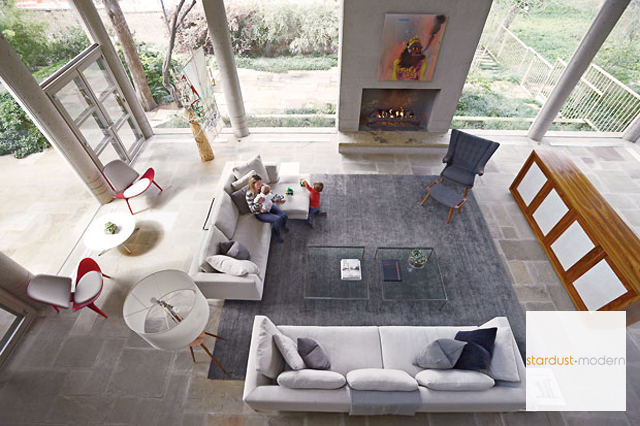 In the living room, a pair of Hans Wegner CH07 Shell Chairs in Japanese Red Lacquer available from Stardust.  Between the B&B Italia sofas, a BDDW tripod lamp. The custom media cabinet was designed by Brant McFarlain: “We had to build something low enough to hold the TV, yet still see the art,” Alden says. “The cabinet doors are covered in speaker cloth.” By the window, Elliott Hundley’s Zephyrus and the Flower of Regret sculpture, 2008. 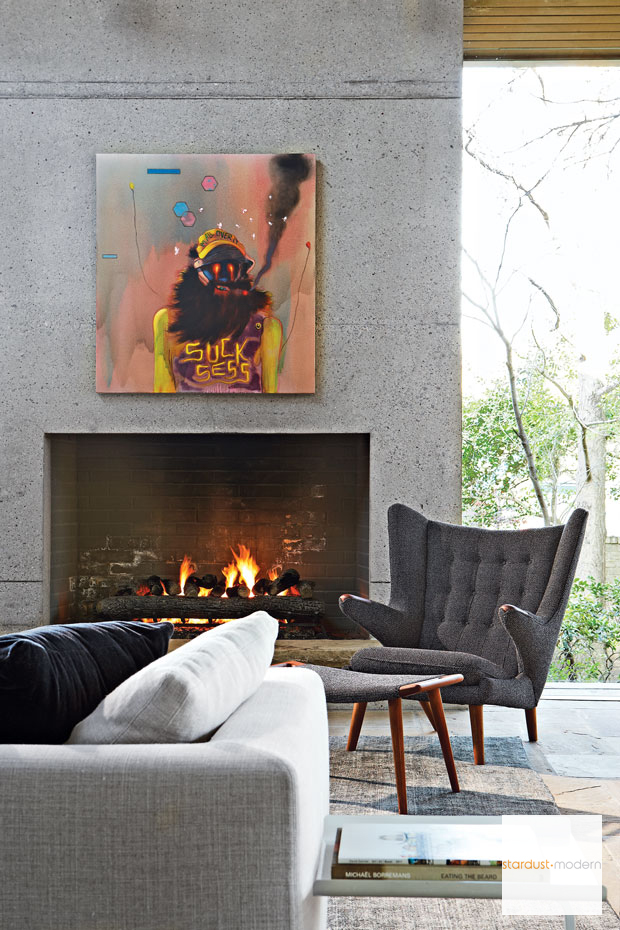 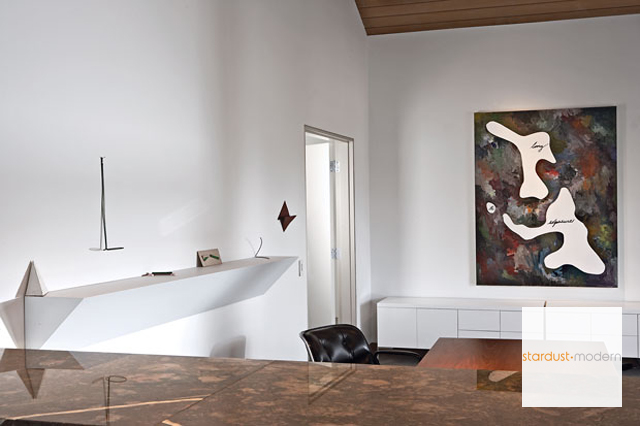 A Florence Knoll Rosewood partner’s desk shares space with a Knoll Pollock executive chair in Janelle’s office. Installed behind the desk, to the left, is a mixed-media work by Richard Tuttle, Treasure; Wealth; Plush; Luxury; Fortune; Enrich, 1973–1976. “It was designed this way,” Alden says. “Tuttle’s magic is that he is so hyper-specific about how he does things. The precursor to the DMA — the Dallas Museum of Fine Arts at Fair Park — gave Tuttle one of his first shows. Not sure if many know that.” The white storage unit was designed by McFarlain. Charles Mayton’s The Long Exposure, 2011, hangs above. 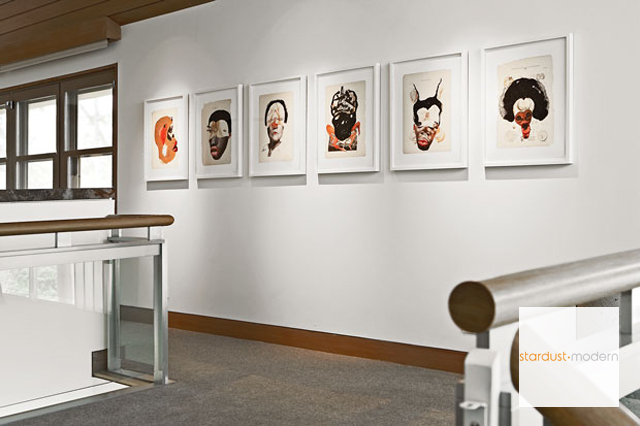 “One of these is going up for auction this week,” says Alden of Wangechi Mutu’s Histology of the Different Classes of Uterine Tumors, 2006, on the upstairs catwalk. The artist topped vintage female anatomy medical illustration paper with mixed-media such as fur and packing tape. 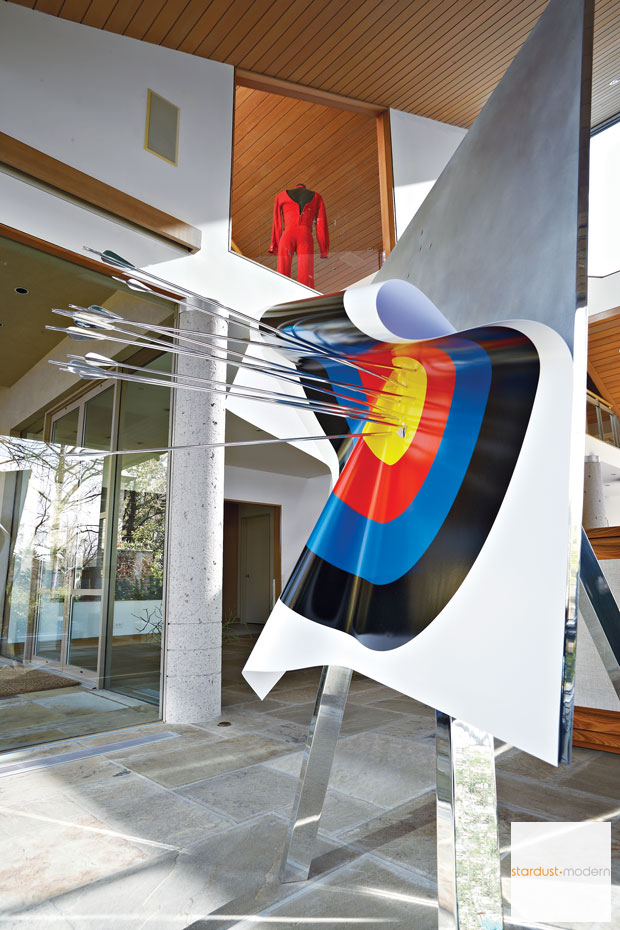 On target: Kathryn Andrews’ Bowman, 2011, faces outward onto the street while James Brown’s “Sex” jumpsuit watches over. “They were auctioning off James Brown entire estate at Christie's in New York,” says Alden. “This jumpsuit was the most interesting. I also got a full-length mink coat for Russell Moon.” 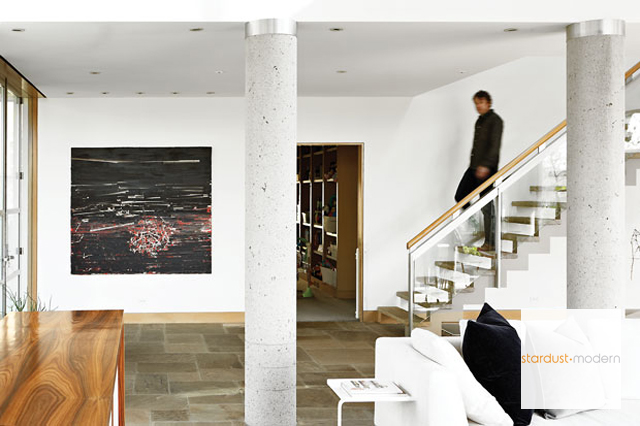 In the foyer, Mark Bradford’s Fireball, 2010, anchors the bottom of the floating staircase. 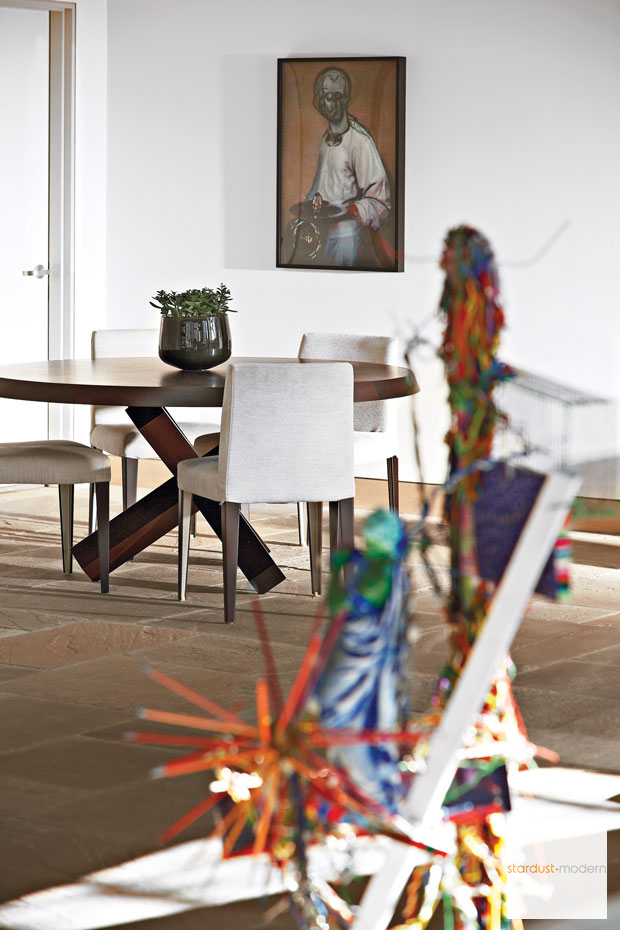 In one of the dining areas, Pietro Roccasalva’s Il Traviatore, 2010, watches over a Wendell Castle MC2 dining table and B&B Italia chairs. 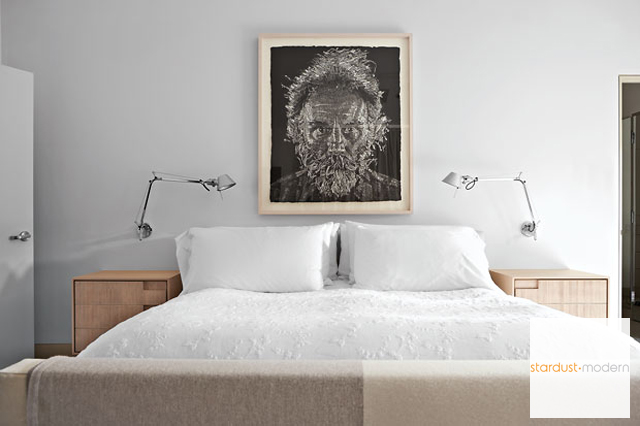 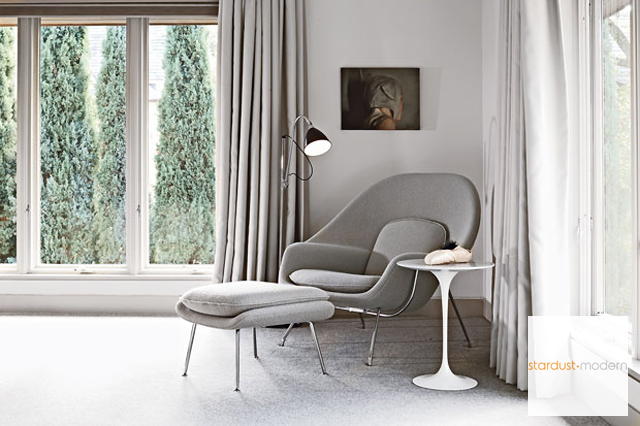 In the bedroom, Michael Borremans’ The Load, 2008, is installed above Eero Saarinen’s Womb chair, ottoman and side table.

A glimpse into Alden and Janelle Pinnell’s way of life, where an uncompromising search for the sweet spot in art and design never ends. This 1990's-era glass-walled house is considered the last house the late Dallas architect Bud Oglesby designed. It was built for art collector I.C. Deal, who owned the light-filled house until it was purchased by another couple who are also avid art collectors. It’s not really a coincidence that this open house with soaring ceilings and slate floors has had owners with the same passion—as the current owner Janelle Pinnell points out in a recent article in Paper City magazine: “It’s a house that needs art.”
interior design mid century modern mid-century modern architecture mid-century modern interior design modern design modern houses modernism modernist architecture