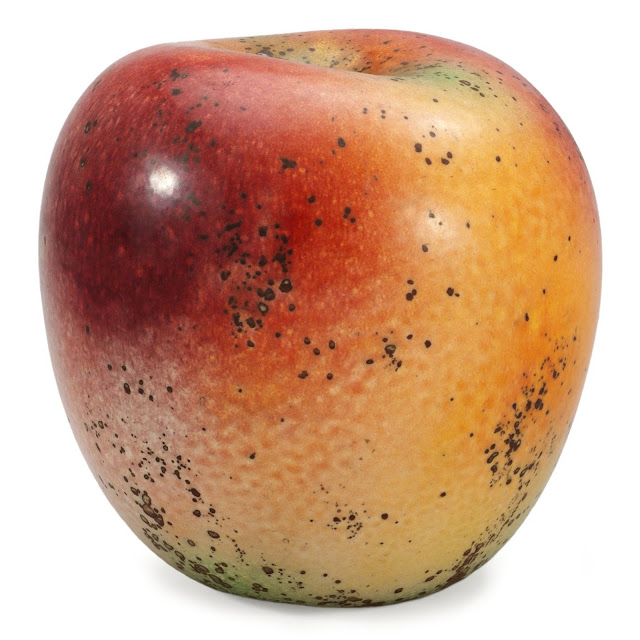 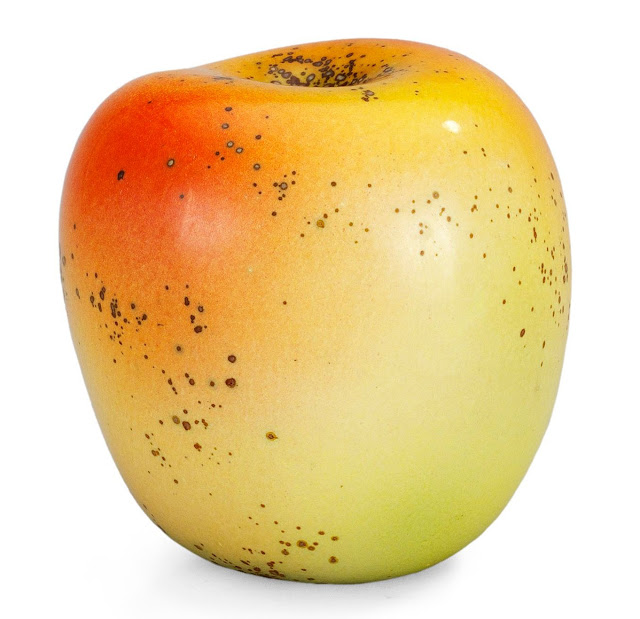 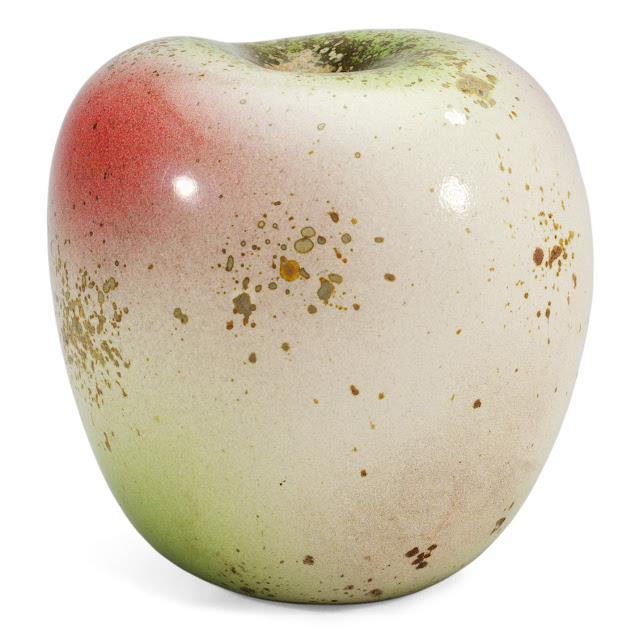 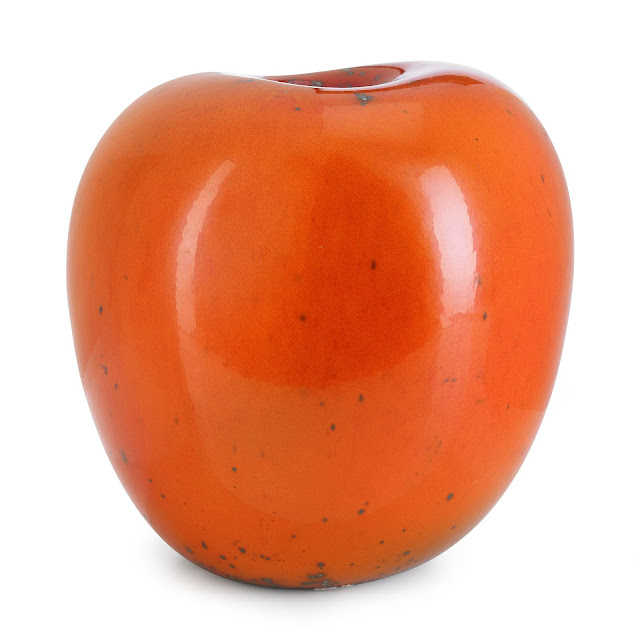 Hans Hedberg (May 25, 1917 – March 27, 2007) was a Swedish sculptor who resided in Biot in southern France until his death. Born in Köpmanholmen, Örnsköldsvik Municipality, Västernorrland County, Sweden, he was mostly known for his gigantic ceramic fruit and has installations in several countries, especially in his native Sweden and in France. His large-scale pumpkins, apples, lemons and plums made in stoneware are to be found, larger than life, in a large number of museums and private ceramic collections all over the world. These fruit sculptures do not require any signature. They bare all over them the characteristic trademark of Hans Hedberg, moulding and glazing expert, who for half a century has made France his second home. 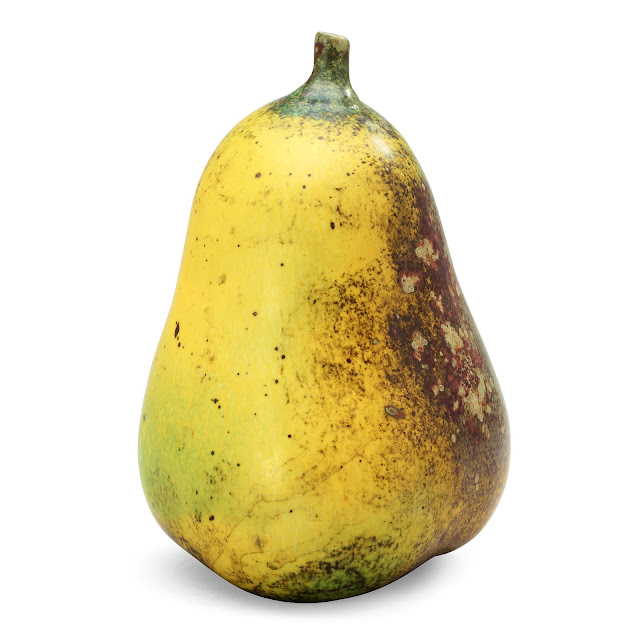 This double geographical belonging was the background to Hedberg's artistry. He personified the Scandinavian feelings for nature implanted in the cultural roots of southern Europe. In 1947 he became the first foreign post-war student at the famous ceramics institute at Faenza, Italy. The coloristic form of glazing combined with the mouldability of clay, captivated both the painter and sculptor in him. It was this classic Italian tradition which Hans Hedberg took with him when he moved down to Biot in 1949 and constructed his own kiln. 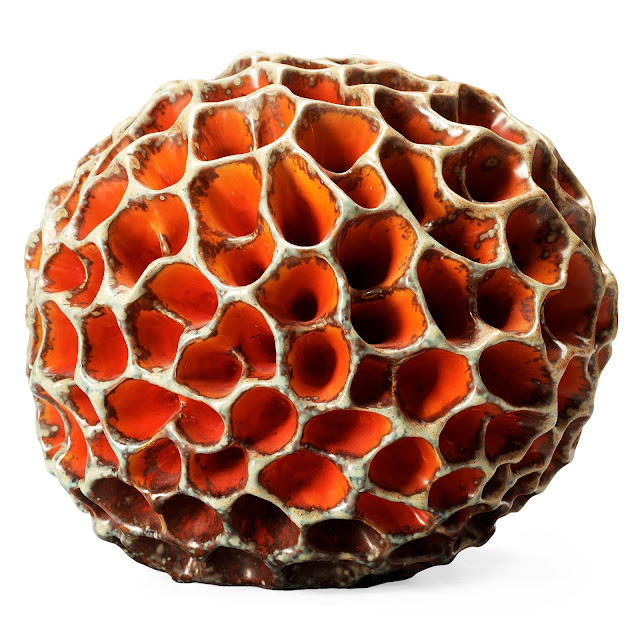 Hans Hedberg did not produce his works of art in the way that a craftsman would. He poured them into plaster moulds just like a sculptor. His own personal ceramic style was formed in the 1970's with the original design 'The Egg'. From a long and richly varying series off eggs, he made some of them grow up to a height of 90 cm, a technical achievement. Ceramics is a maturing law of nature. When Hans Hedberg took the step from the egg to the no less symbolic 'Apple', he literally became the ceramic grower who allows his fruit to ripen through nature's own cause, within the scorching heat of the kiln's flames. As befitting a gardener he was the tireless, thorough and meticulously observant guardian of a course of nature, which he himself initiated and took full responsibility for. 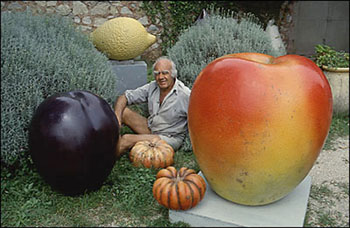 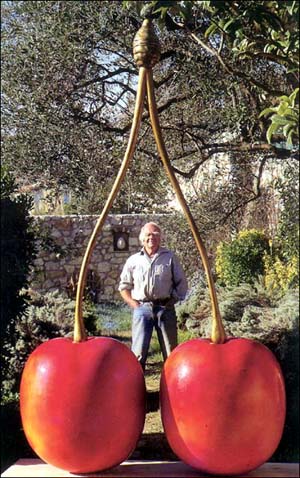