Pop culture and fashion of the Eighties and Nineties was characterized in large part by the rise of the supermodel and is best illustrated by the images of Cindy, Naomi, Christy and friends that dominated every billboard, magazine cover and music video of the time. Presented here are the three most recognized images from that time.

This photograph is engraved in everyone's memory whether you like it or not. Herb Ritts shot some of the biggest names in fashion and film. This legendary and iconic photograph of Naomi Campbell, Cindy Crawford, Christy Turlington, Tatjana Patitz and Stephanie Seymour huddled together in the nude was shot by Herb Ritts in 1989. As Naomi Campbell recalls, Christy Turlington was on a Calvin Klein contract and reportedly wasn't allowed to participate. "We said, 'How can you not be in this picture?'" Campbell says. “And she jumped in, and that was it! 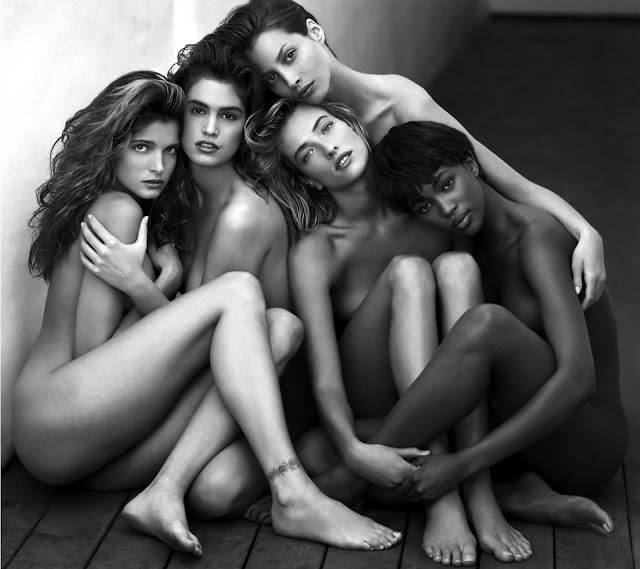 Many believe that no one captured the essence of that period better than Peter Lindbergh, the iconic photographer of the age of the supermodel. The supermodel posse below, led by Naomi Campbell, Linda Evangelista, Tatjana Patitz, Christy Turlington, and Cindy Crawford was shot by Peter Lindbergh with styling done by Giorgio di Sant'Angelo for the January 1990 issue of British Vogue. 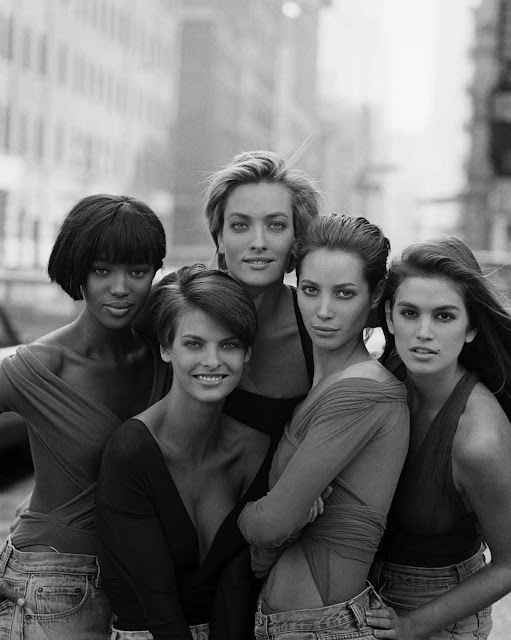 Well...technically this shouldn't be included but what the heck; it was such a good shot.  We couldn't resist to include this one although this shot was actually taken in 2013 as a tribute by Dean and Dan Caten to the original Peter Lindbergh photograph. Leather, denim and chains in New York. Dsquared2's daringly bad-ass Spring/Summer 2013 collection served steaming hot looks inspired by Peter Lindbergh's 1990 Vogue shoot for Chanel which featured icons Naomi Campbell, Linda Evangelista and Cindy Crawford. 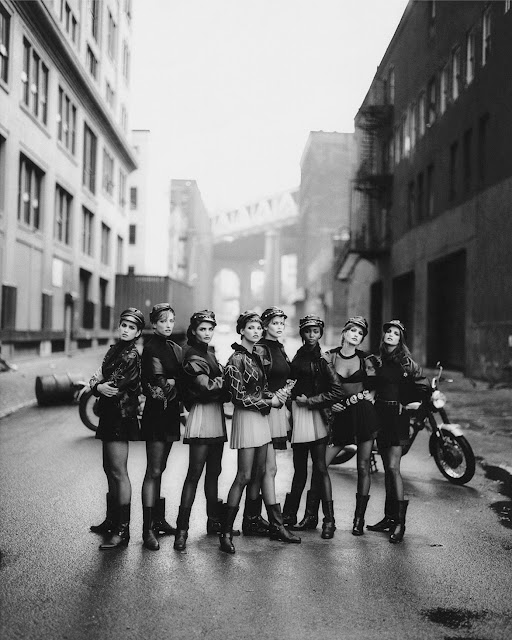