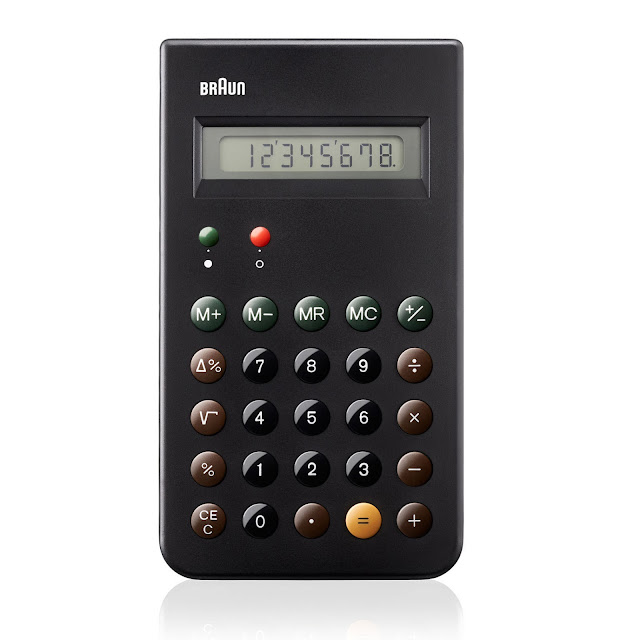 If you like functional design, you will love this classic Braun calculator!  The 8-digit ET 66 Calculator was designed by Dieter Rams and his longtime design partner Dietrich Lubs for Braun in 1981-87 and has become an icon of modern design.  This classic calculator can be found in the permanent collection of the Museum of Modern Art New York and is a
"Stardust Staff Pick". 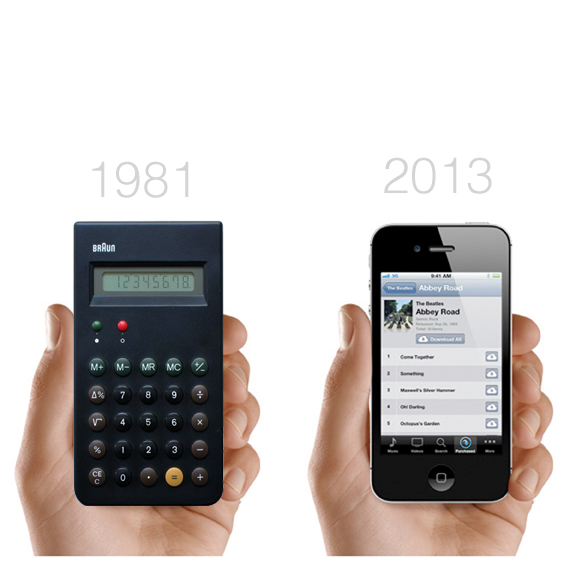 This beautiful minimalist ET 66 electronic adding machine is a strong reminder of the "less, but better" philosophy preached by Dieter Rams...a take on the quote by Ludwig Mies van der Rohe...Less is More.

It's no accident that the Braun ET 66 looks surprisingly similar to some features in the current iPhone as Steve Jobs and his lead designer (Jonathan Ive) used to admire the products and design philosophies of Dieter Rams.  The ET 66 Braun Calculator is available from Stardust with Free Shipping and a Low Price Guarantee.  The Braun ET 66 calculator is a unique and functional gift idea for everyone you know, including yourself! 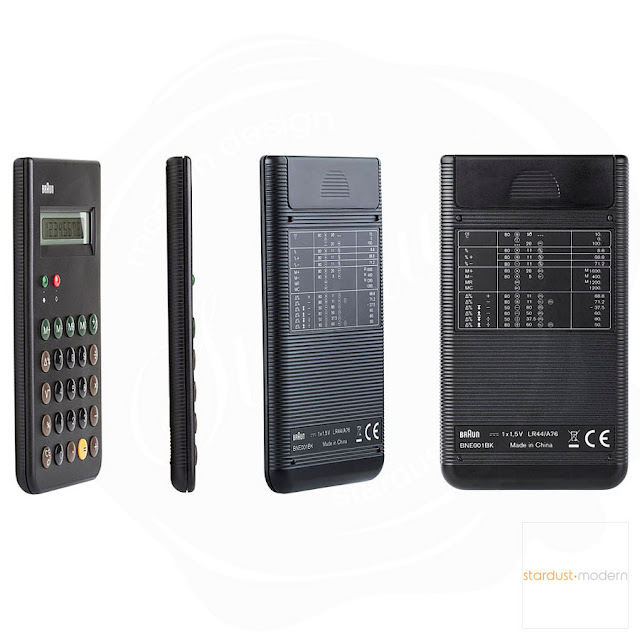 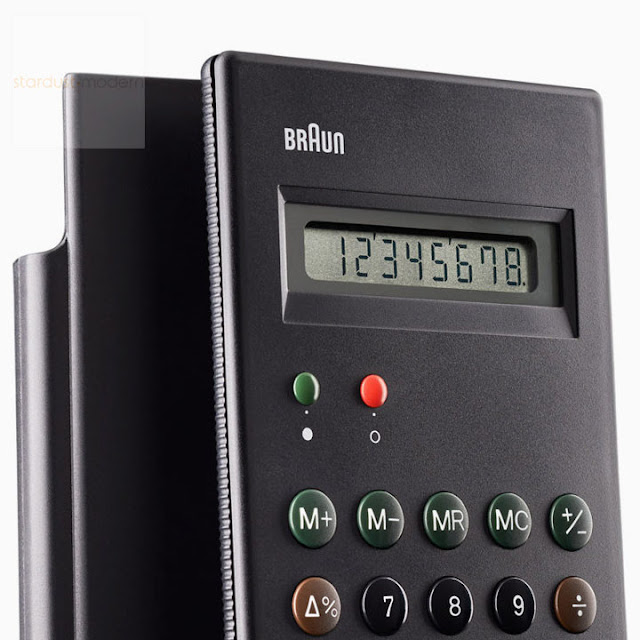 The Braun ET 66 calculator is perhaps the most minimal of all calculators designed by Dieter Rams and Dietrich Lubs. Notable for its lack of sliding switches. All operations are by convex circular button, a logical regime dictating the rather beautiful but practically illogical separation of 'on' and 'off' buttons (green and red). Generally considered the quintessential Dieter Rams calculator.  Features 8 digit operating capacity which is not an issue as long as you are not a billionaire.  But for most of us; this minimalist adding machine is perfectly fine.