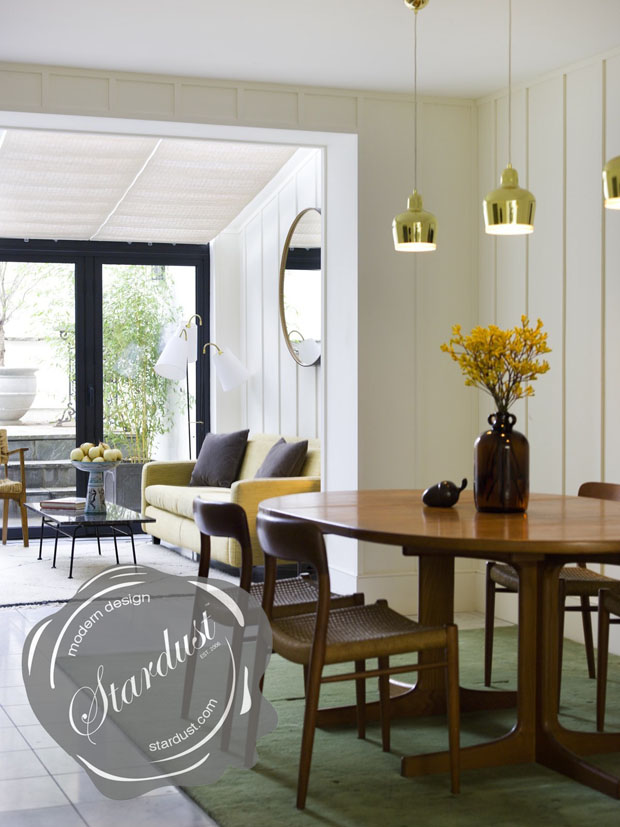 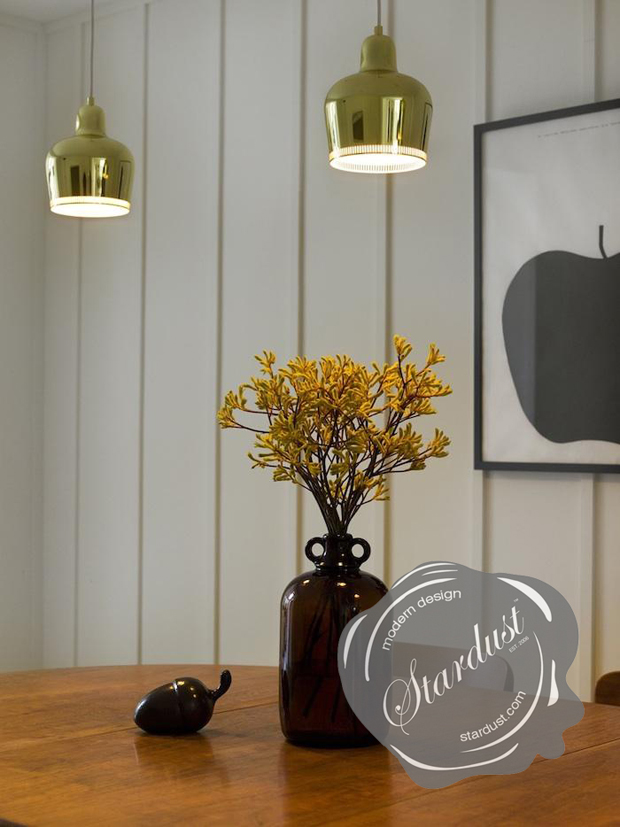 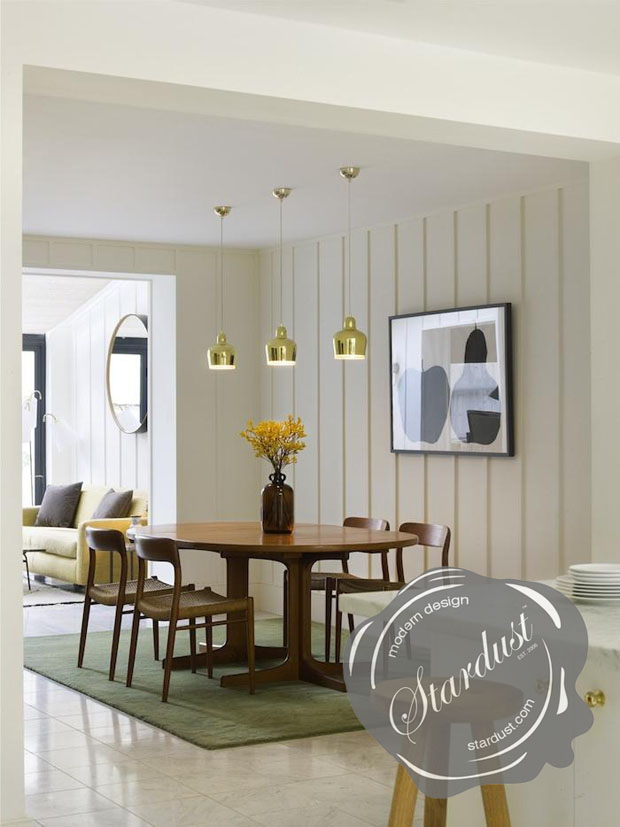 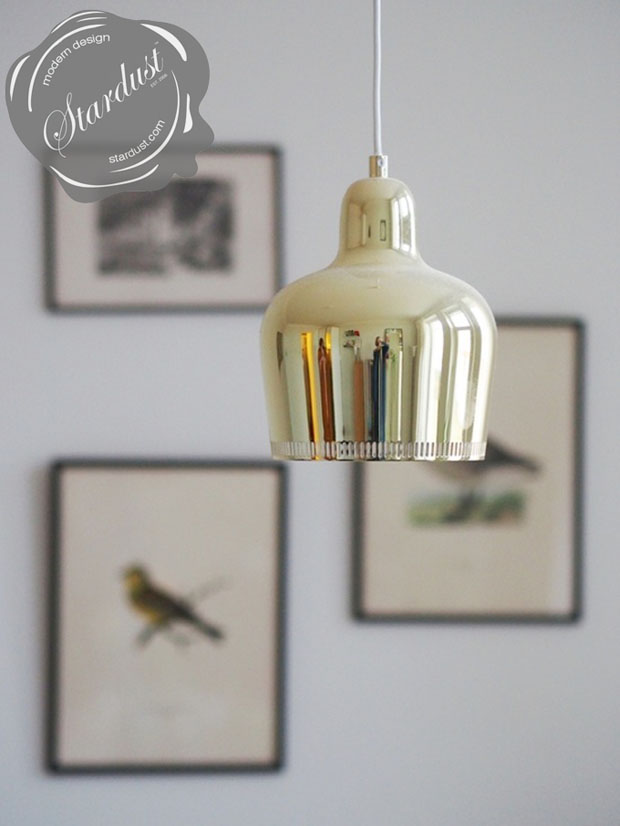 Alvar Aalto's modernist A330S Golden Bell lamp is the ultimate mid century modern pendant light! The iconic A330S pendant lamp was designed by the Finnish architect Alvar Aalto in 1937. This beautiful bell-shaped pendant lamp captures the essence of Scandinavian design with its clean lines and sleek appearance. The A330S is a great and stylish pendant lamp that incorporates a natural aesthetic of understated Scandinavian design. This beautiful Aalto pendant light looks beautiful above a kitchen counter, a dining table or when hung in multiples at varying heights to illuminate a larger space. With a design appeal that is truly timeless, the classic A330S Golden Bell pendant lamp is a Stardust Staff Pick and a favorite among our customers who appreciate the classics of modern design. 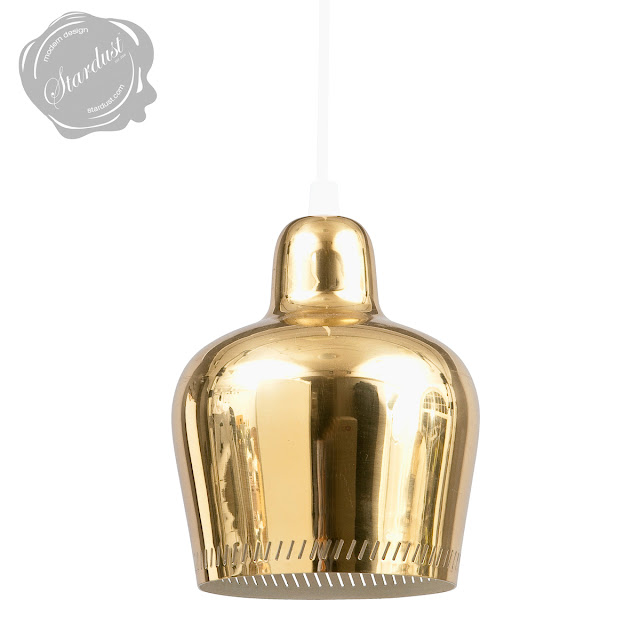 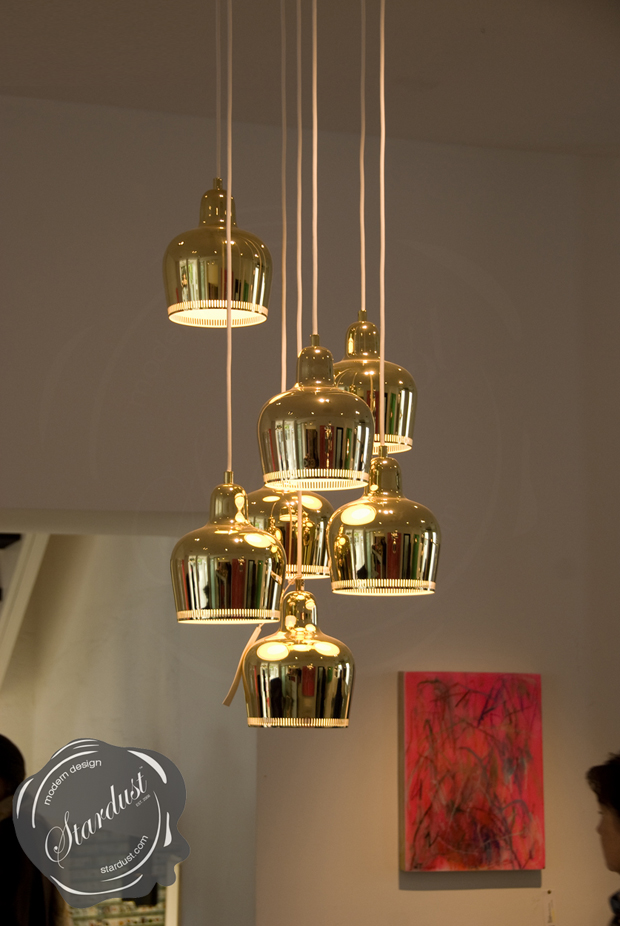 described by the architectural critic sigfried giedion as the "magus of the north," alvar aalto (1898-1976) is the best-known finnish architect of his generation and a leading proponent of a more human modernism. his buildings such as the paimio sanatorium (1933), the legendary villa mairea (1939) and the church of the three crosses in vuoksenniska (1958), embody a masterful interplay of organic volumes, forms and materials. from door handles and lighting fixtures to built-in furniture, aalto frequently designed complete interiors down to the smallest detail. with his plywood chairs, the master builder additionally became one of the most significant designers of the twentieth century. his savoy vase represents the quintessential qualities of finnish and organic design. this richly illustrated book is the first in many years to offer a comprehensive and current overview of aalto's oeuvre as an architect, designer and urban planner. ten authors, including the renowned architectural historians eeva-liisa pelkonen and akos moravanszky, and moma curator pedro gadanho, address central aspects of aalto's work. particular attention is paid to aalto's dialogue with important artists of his day, including laszlo moholy-nagy, jean arp, alexander calder and fernand léger, as well as his interest in film, cinema and photography, whose influences on his work are examined here for the first time. the catalogue section presents numerous never-before-seen original drawings and architectural models from the archive of the alvar aalto foundation. this perspective on aalto is complemented with photographs by armin linke, who documented a number of aalto's buildings anew especially for this publication. as these images demonstrate, aalto's work is as current and inspiring today as it was at the time of its creation.
aalto alvar aalto alvar aalto lamps alvar aalto lighting design from finland dining room lighting finnish design modern lamps modern lighting pendant lamps scandinavian lamps