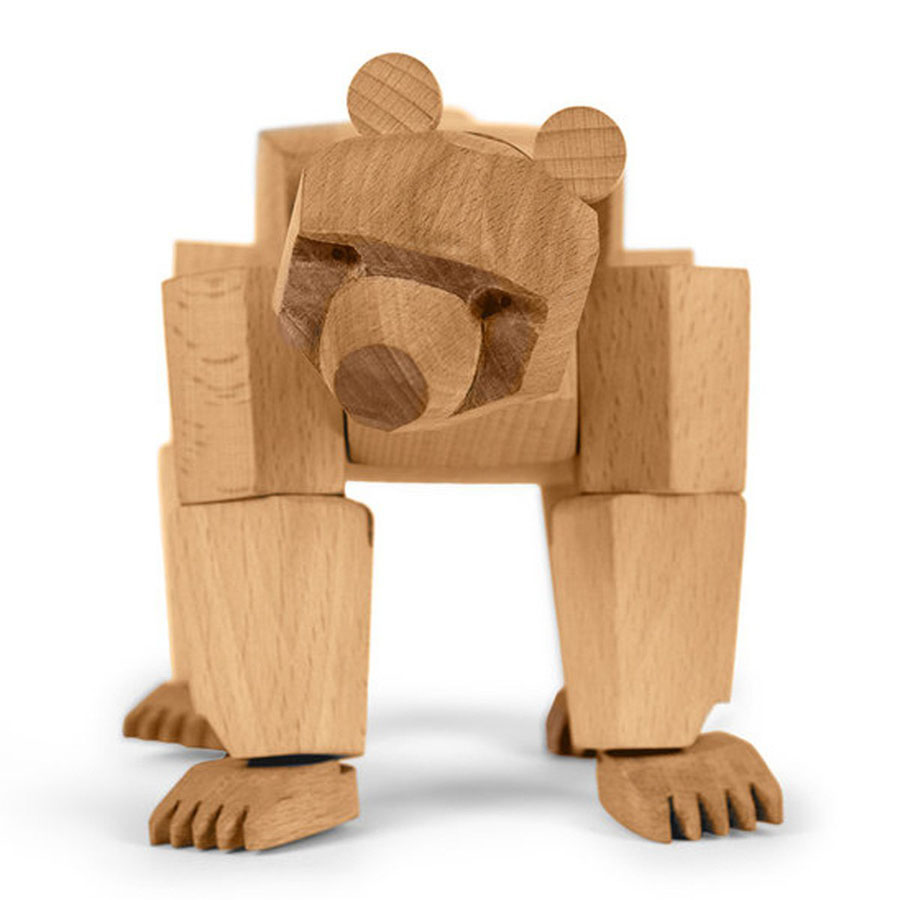 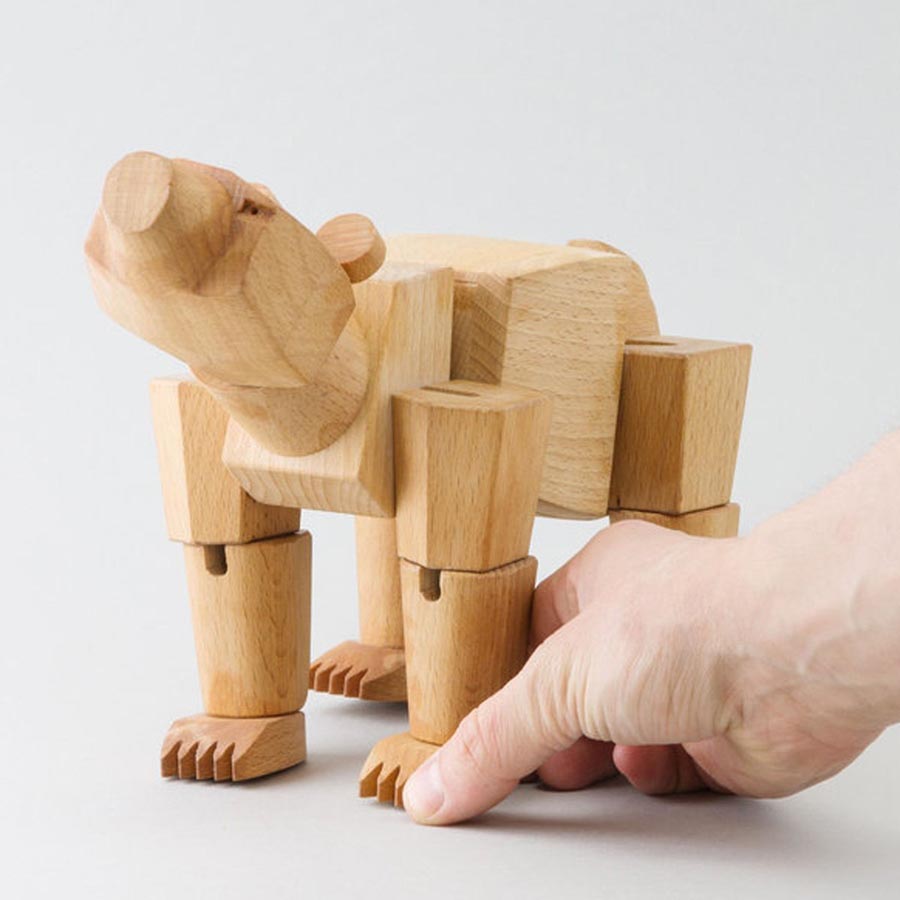 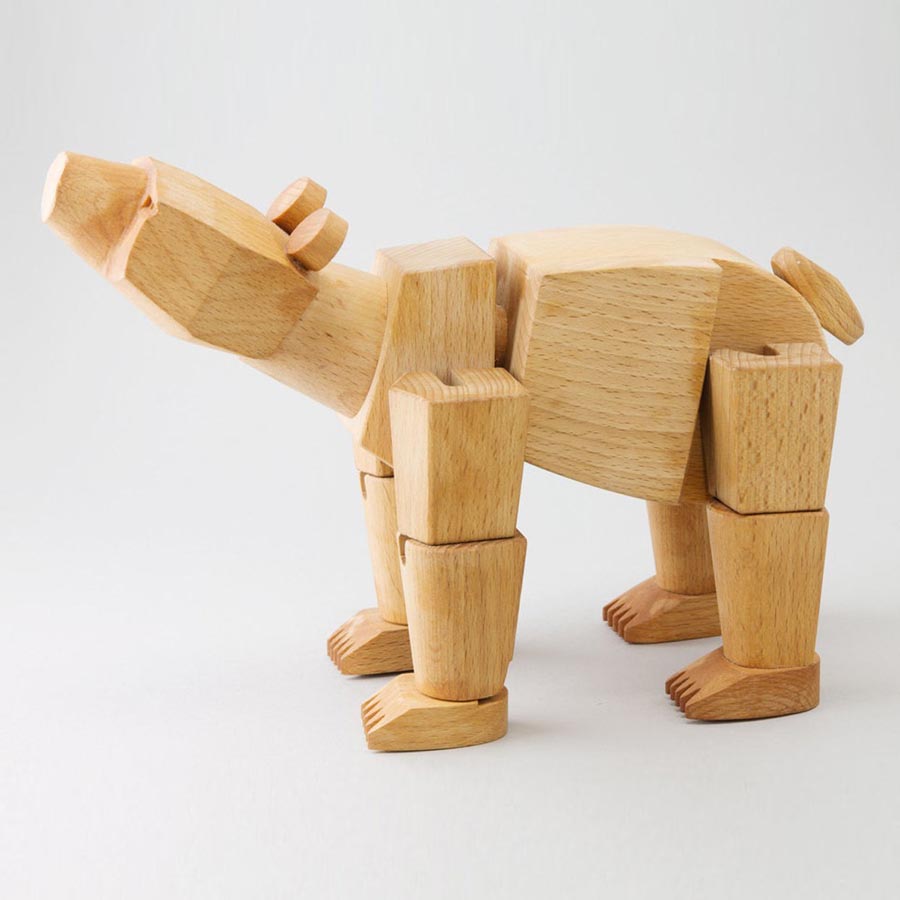 
Wooden Play Toy "Ursa The Bear" by Areaware Ursa Minor's powerful hardwood frame can hold many poses, and her elastic-band muscles and durable wood limbs make her almost impervious to breakage. An enduring classic that will withstand generations of play. Ursa Minor (manufactured by Areaware) makes a beautiful a gift for an adult or child. She is made of solid Beech wood and strong elastic bands that enable her to move into, and hold, many positions. Ursa's designer describes her as having "the muscles of a Grizzly and the gentle nature of a Mama bear". Designer: David Weeks. Originally from Athens, Georgia, David Weeks studied painting and sculpture at the Rhode Island School of Design, where he earned a BFA in 1990. He worked in the studio of jeweler Ted Muehling before founding David Weeks Studio in 1996. His work encompasses lighting, home accessories, mobiles, lounge seating, and custom retail, commercial, and residential projects. David's designs have been used by Barneys New York, Kate Spade, Saks Fifth Avenue, Bliss Spa, Brasserie NYC, and The W Hotels. In 1999, David Weeks Studio won the Editors Award for Best Lighting at the International Contemporary Furniture Fair. In 2000, Weeks launched a furniture line including the Semana lounge chair which was purchased by Habitat UK. Also in 2000, he teamed with fellow designer Lindsey Adelman to form Butter, a product development company focusing on simple, affordable items for the home. Their debut collection earned an award from Blueprint Magazine at London's 100% Design show and another Editors Award for Best Lighting at ICFF 2001. In 2003, Weeks was featured in the Cooper-Hewitt's National Design Triennial: Inside Design Now. In 2004 he was one of seven designers representing New York at Berlin's 7+7 Designmai exhibit. Weeks also teaches at Parsons School of Design as an adjunct professor. Material: Beech Wood. Dimensions: 5.5 x 10 x 4.5 inches.