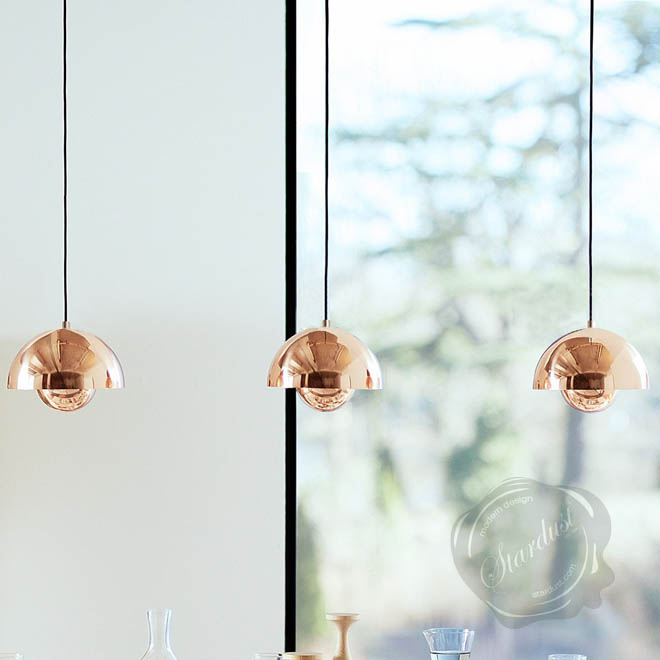 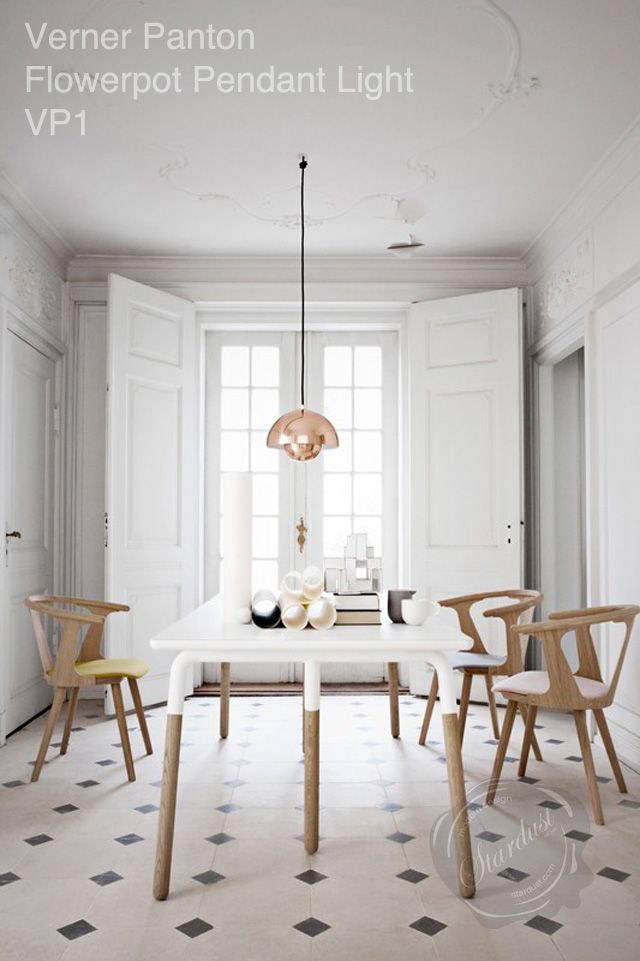 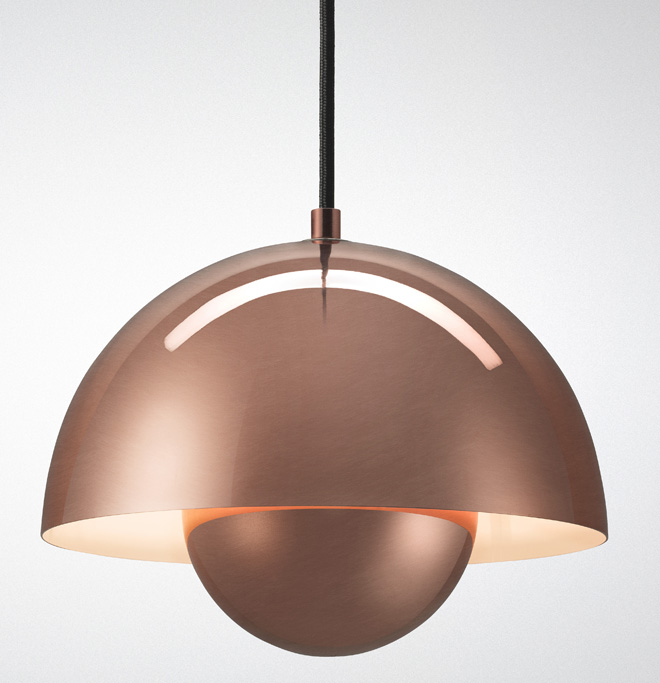 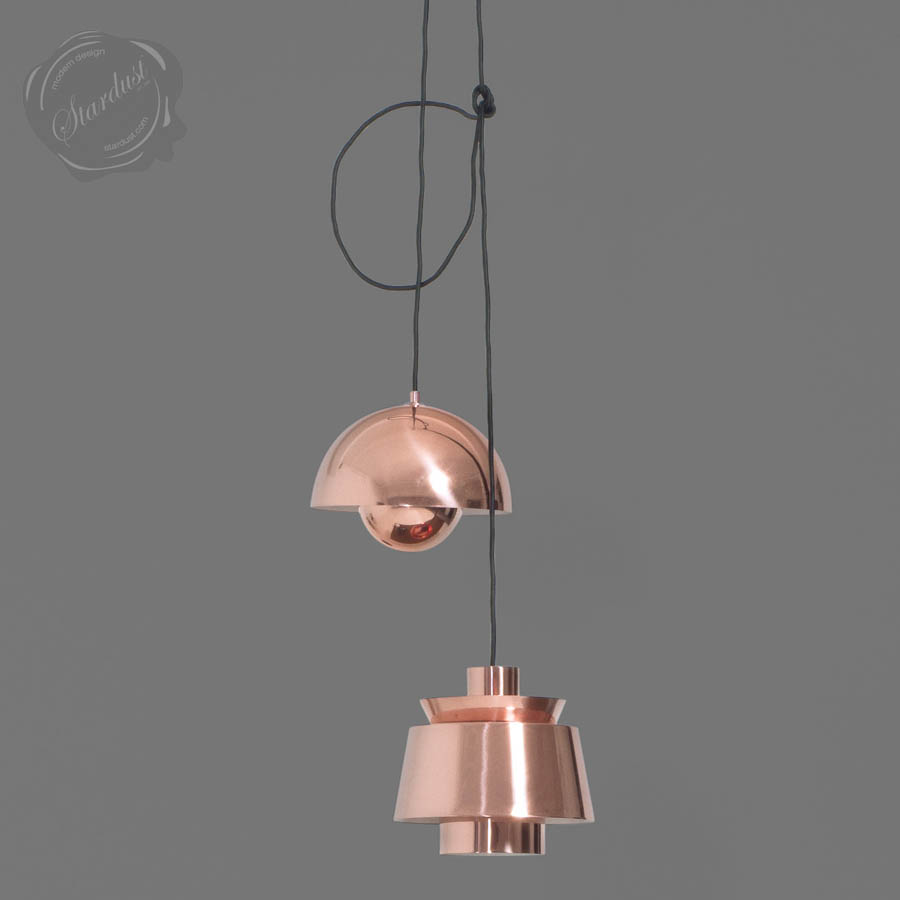 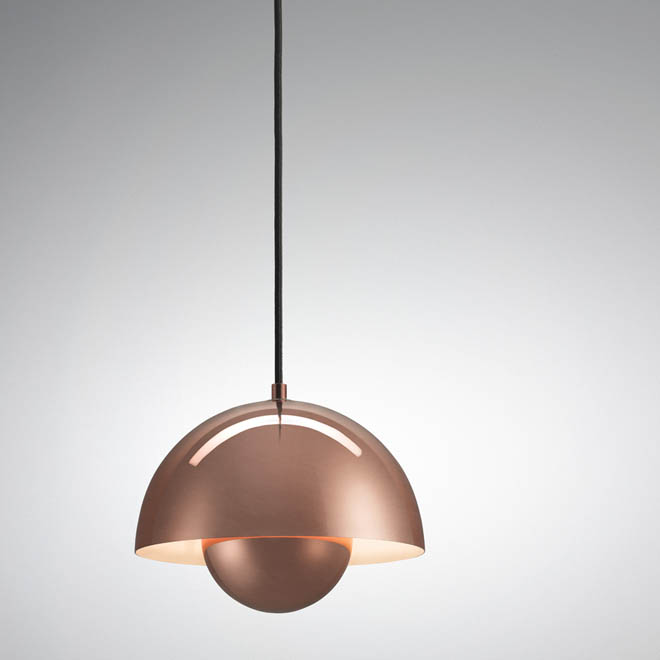 Panton Flowerpot VP1 Pendant Lamp by Verner Panton from Stardust. Verner Panton is considered one of Denmark's most influential 20th-century furniture and interior designers. The Verner Panton Flowerpot VP Lamp, designed in 1969, was named after the happy days of Flower Power. An object cannot become a design icon until it has stood the test of time and appears quite naturally in different settings, giving it a symbolic aura of its own. working with manufacturers such as fritz hansen, louis poulsen and vitra, panton fearlessly pushed technology to its limits and produced design icons such as the flowerpot lamp and the pantower. it was not the design of singular objects, however, that interested panton. rather, it was the development of complementary groups of furnishings, the design of entire spaces, that set panton apart. drawing on his architectural background, panton designed groundbreaking domestic living spaces, fusing floors, walls, furniture, lighting and textiles into wholly original and integrated interiors. marked by panton’s characteristic geometric shapes and intense colors, which were on the cutting edge of emerging psychedelic sensibilities, these spaces both typified his approach and sealed his legacy. even if verner panton’s creative output were reduced only to the eponymous panton chair, he would still be considered a master of modern design. with that chair, the first single-formed injection-molded plastic seat, he created one of the most daring designs of the 20th century. born on the island of funen in denmark, panton studied architecture at the royal danish academy of fine arts in copenhagen. after graduating in 1951, he began an apprenticeship with arne jacobsen, assigned to assist the master on the iconic ant™ chair. although influenced by jacobsen’s organic modern approach, panton first established himself at the forefront of the avant-garde with furniture based on extravagant geometric forms and use of strong colors, as seen in his cone chair (1958). along with the panton chair – which was designed in 1960 but not produced until 1967 due to its technical challenges – panton’s early work cemented his reputation as an original and uncompromising designer. The Panton FlowerPot has done just that. Of the lamps Verner Panton designed, FlowerPot VP1 and Topan stand out as some of the simplest and most memorable designs. Manufactured by: andTradtion - under license in Denmark. Dimensions (in): 8.5in dia.| 6in h. | 40W max.