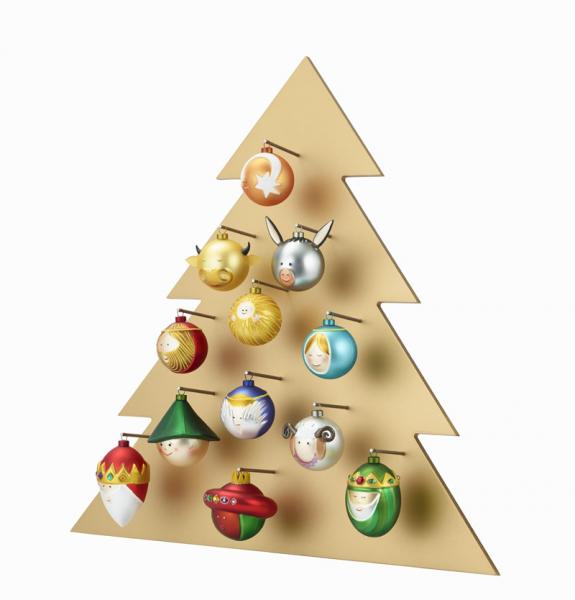 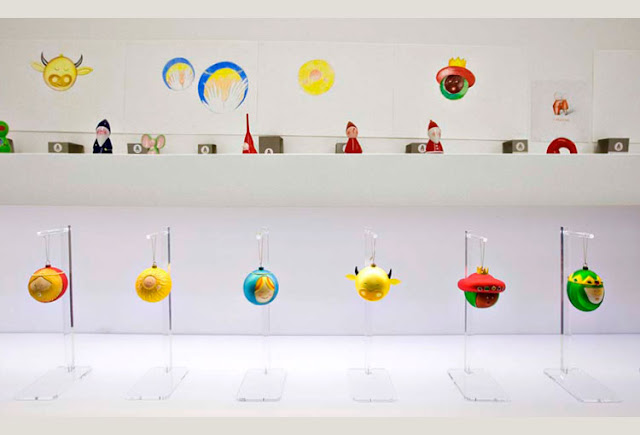 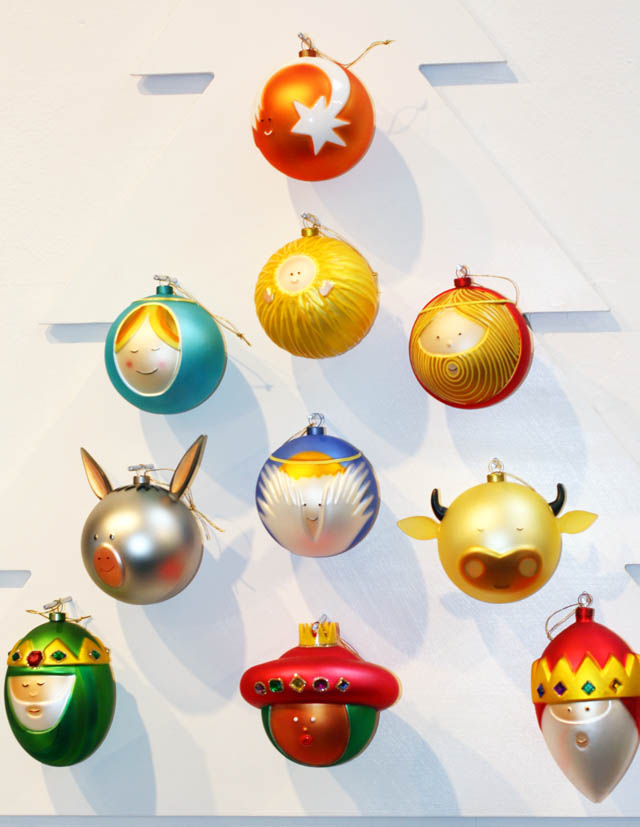 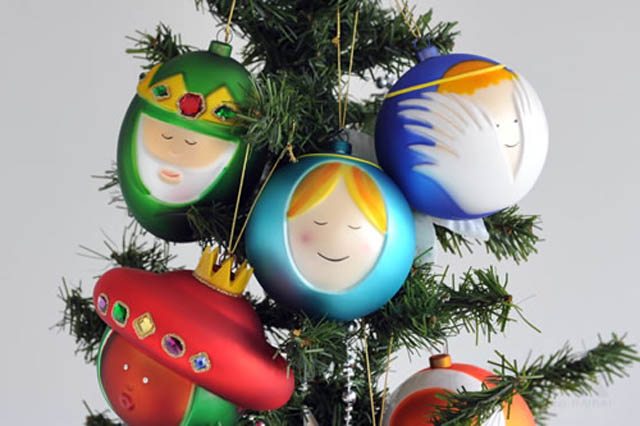 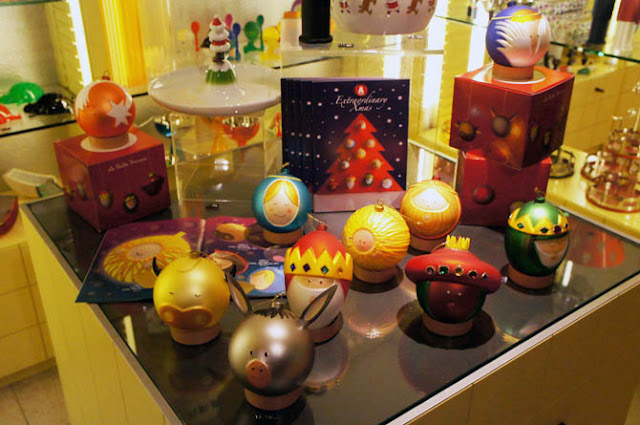 This design by Marcello Jori combines two great traditions, the nativity scene and the decoration of the Christmas tree, producing a small but significant innovation. The nativity scene, made out of the Christmas Baubles that represent characters of the Christmas scene, can in effect create a new tree design, but can also end up in any other corner of the house. The baubles can be hung on wires, lamps, candlesticks, posts, and bookshelves. They can be attached to a tape, and made into a Christmas wreath, etc. The baubles are Christmas decorations made out of a glass sphere measuring about 9 cm. in diameter. They are hand painted on an internally mirrored glass base to give the decoration an effect of luminosity and depth. Marcello Jori was born in Merano on 12 December 1951. He currently lives and works in Bologna. Having obtained his degree from DAMS (Drama, Art and Music Studies, Bologna), in 1977 Jori embarked on his career as an artist, soon exhibiting in national and foreign galleries and museums. In the mid-seventies, Jori took his first tentative steps in certain conceptual streams, from which he soon moved away and indeed openly went against their colder and most austere aspects, in an attempt to infuse art with a new lease of life. This he did with a series of photographic works, in which he reinterprets a number of classical masterpieces in a modern key. In this way, art is brought back to a human dimension; the artist "gives body" to the paintings, and takes possession of them so as to transform them into something true. Thus, an abstract painting depicting sunset is exposed to the lights and colours of a real sunset (“Tramonto sul mare sul mare a tramonto” - Sunset over the sea over the sea at sunset, 1976). In 1979, Jori painted himself on top of a ladder painting the fall of the angel, in contact with the heavens, which marked a turning point in his artistic career. This painting displays a new expressive energy that featured in his works over the entire following decade. It was during this phase that painting became central to his creative evolution. These were the years of the "Scritture" (Inscriptions), vertical and fluctuating words suspended mid air between the real and the artist’s mental idea of space. These words were then caged in multicoloured "Teatrini" (Theatres), extravagant examples of architecture in movement that were the forerunners of the following "Cristalli" (Crystals) and "Gioie" (Jewels) series, enchanted and kaleidoscopic geometric patterns.