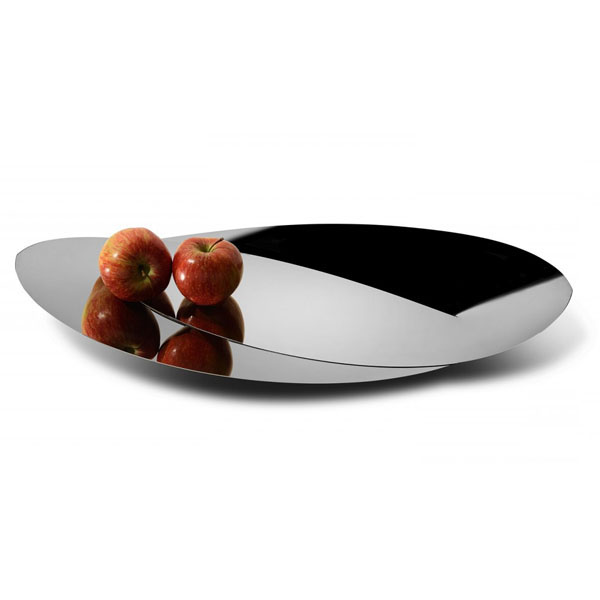 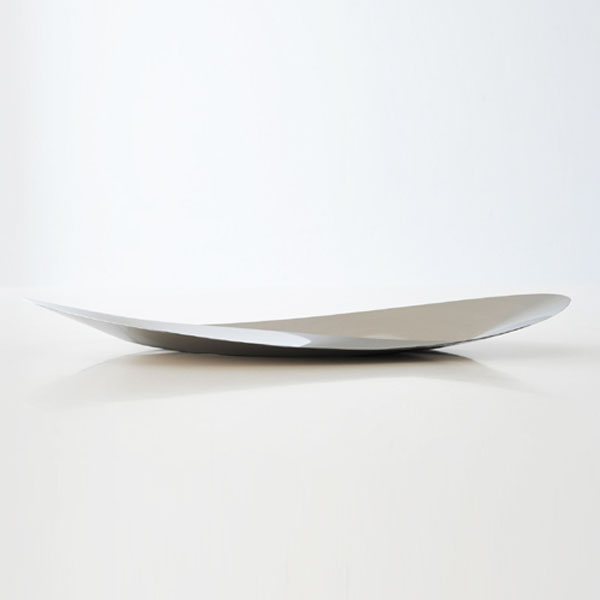 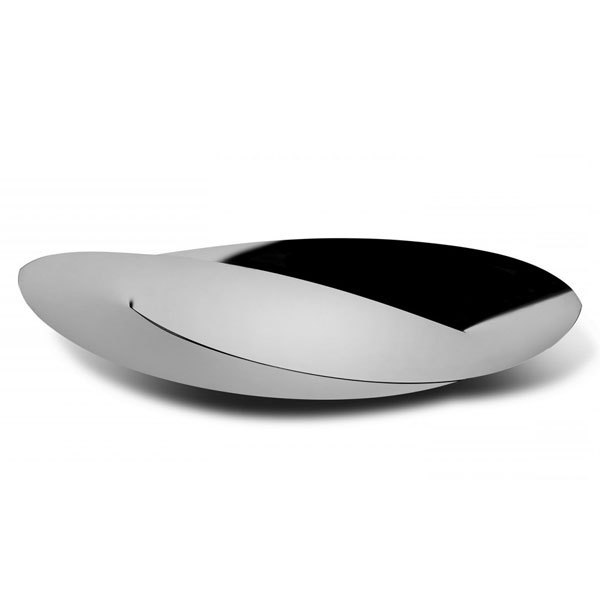 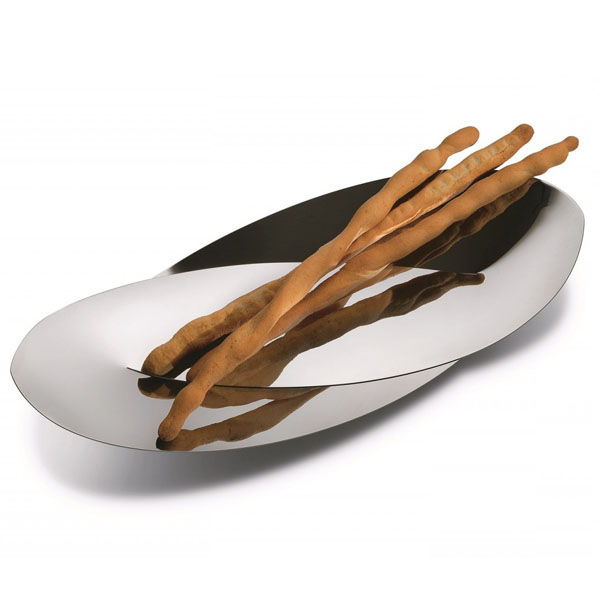 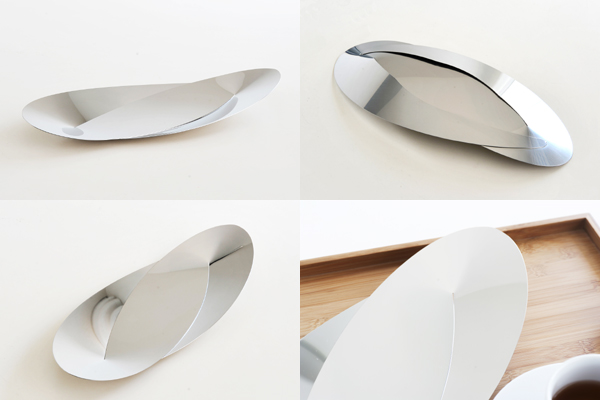 "octave" fruit basket and serving centerpiece tray by abi alice is produced simply by cutting, bending and welding specific areas of an 18/10 stainless steel sheet and the result is an elegant container for the table suitable for serving bread or breadsticks. the polished finishing enhances the sophisticated simplicity of the object. this project reflects the abi alice's interest in mathematics and geometry. with “octave” the designer explores the potential ability of the ellipse to create harmonic and proportionate forms. in music, an octave is the interval between one tone and another. these new objects were created using this ratio, which corresponds to a musical octave: the inspiration behind the name of the project. for example, an octave in music is the interval between one musical pitch and another and is defined by the ratio 2:1. after experimenting with multiple models and ellipses of differing proportions, to arrive at the most harmonious form for my new ellipse centerpiece, it was the 2:1 ratio ellipse that produced, in my opinion, the most pleasing form. i have always been intrigued and inspired by the inherent beauty in mathematics, geometry, music and color. i believe these fundamentals are a universal language. they resonate with our collective consciousness and can communicate across cultural and generational differences, whilst also having the potential to have an uplifting affect on our emotions. alessi's octave is made in italy. functional, simple and decorative octave tray for everyday use.