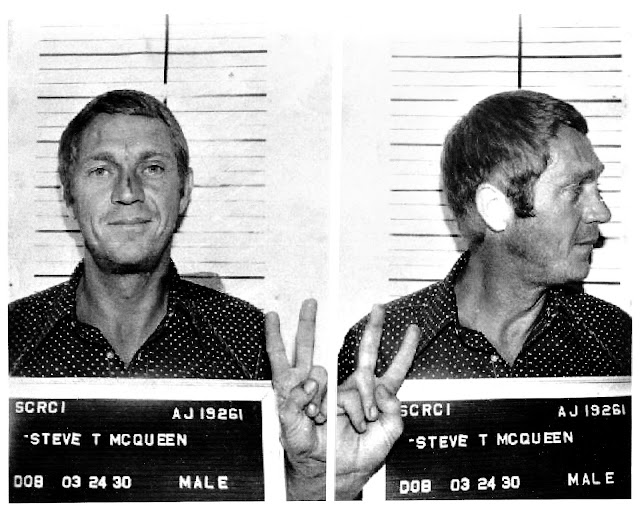 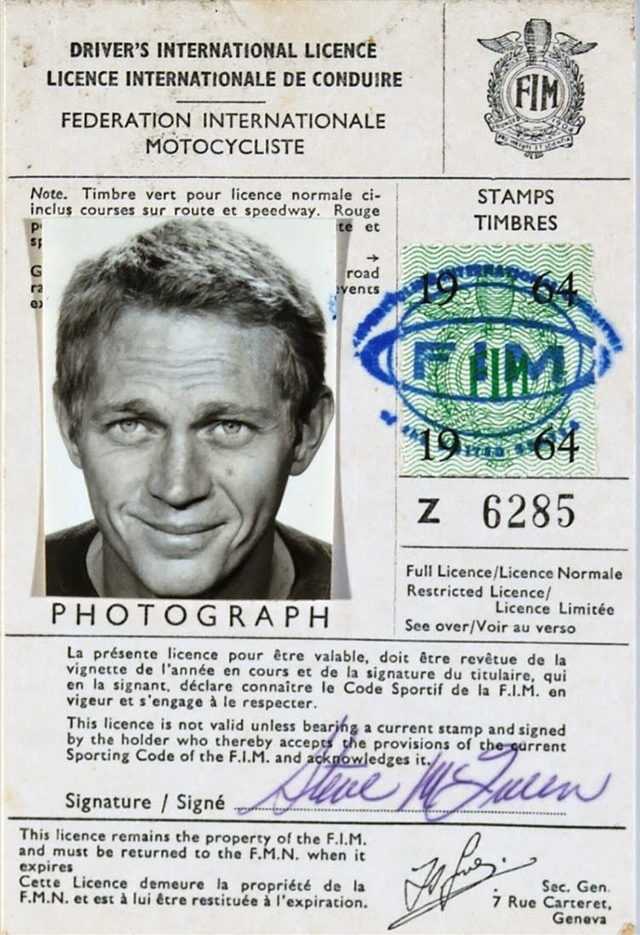 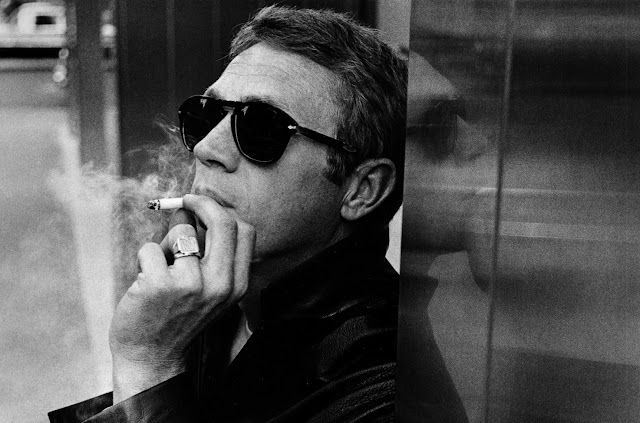 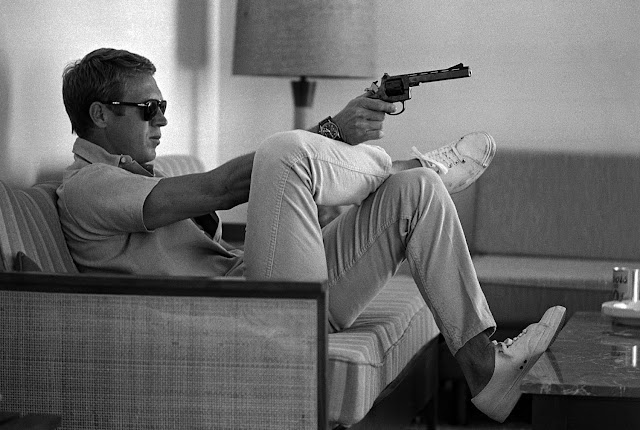 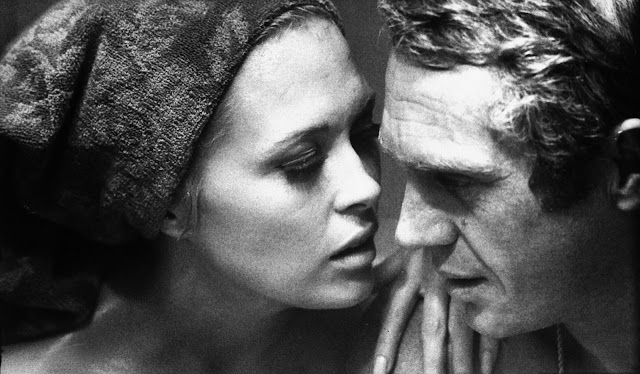 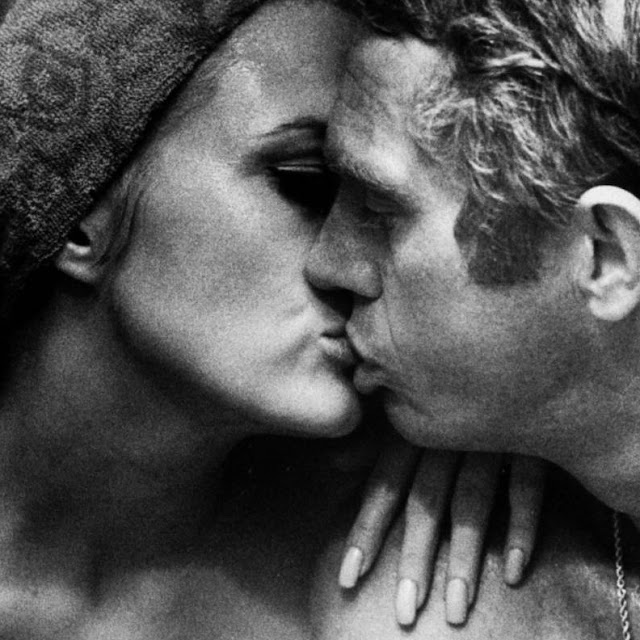 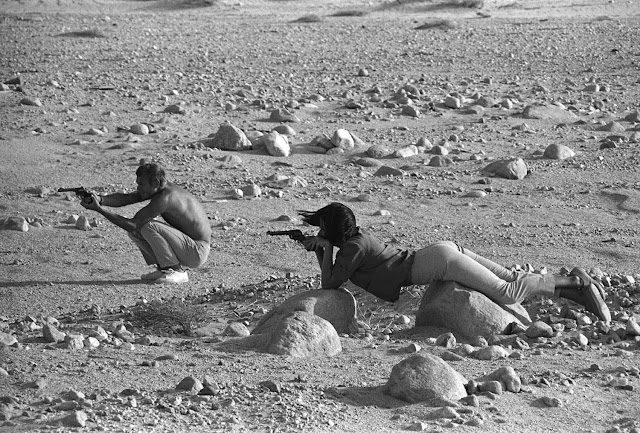 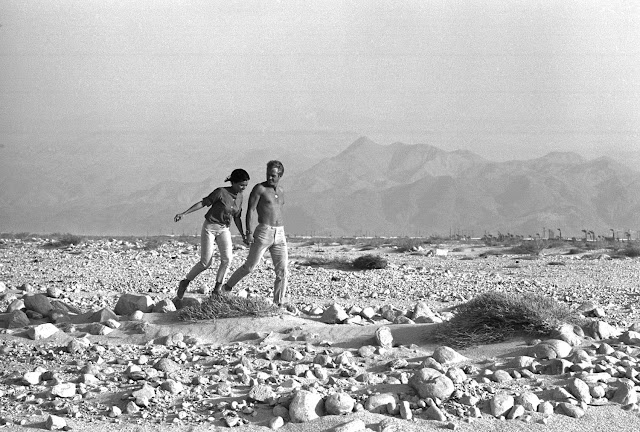 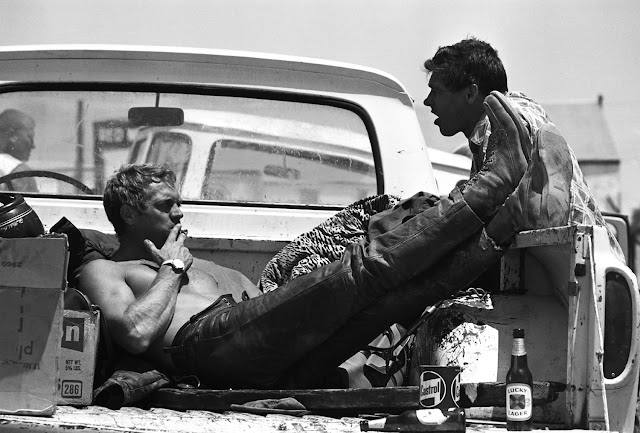 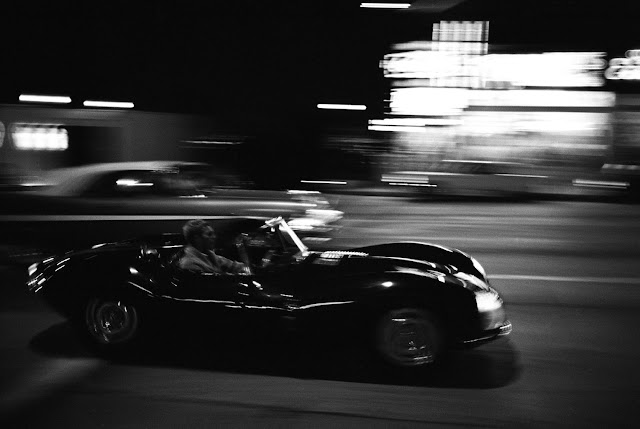 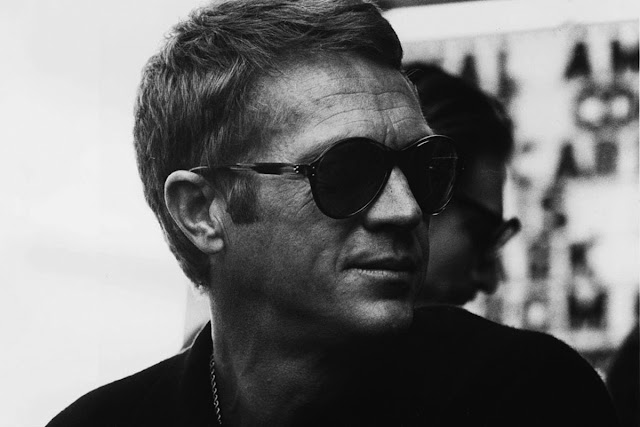 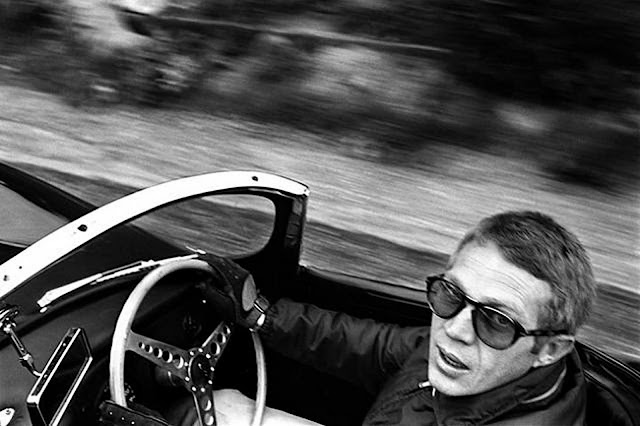 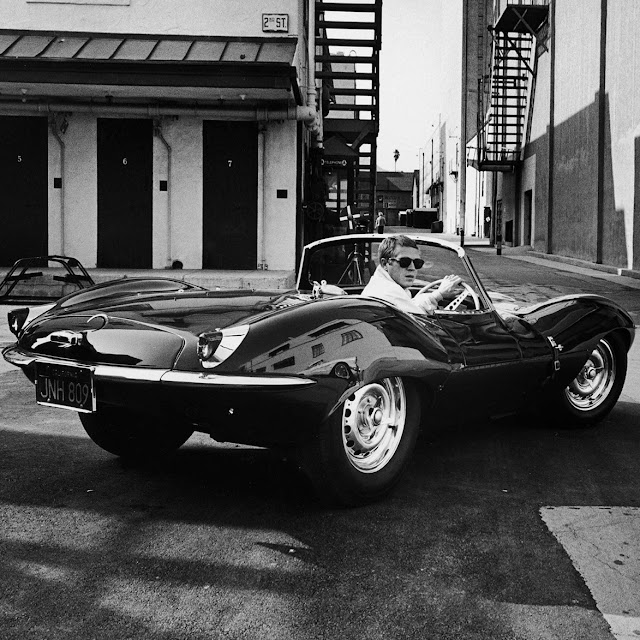 the 1970s is a decade remembered for a slew of "disaster" movies and mcqueen starred in arguably the biggest of the time, the towering inferno (1974). he shared equal top billing with paul newman and an impressive line-up of co-stars including fred astaire, robert vaughn and faye dunaway. mcqueen does not appear until roughly halfway into the film as san francisco fire chief mike o'halloran, battling to extinguish an inferno in a 138-story skyscraper. the film was a monster hit and set the benchmark for other disaster movies that followed. it was, however, mcqueen's last film role for several years, as he began a long fight against cancer, often resorting to offbeat therapies in an attempt to beat the disease. after a four-year hiatus he surprised fans, and was almost unrecognizable under long hair and a beard, as a rabble-rousing early environmentalist in an enemy of the people (1978), based on the henrik ibsen play. mcqueen was born in beech grove, indiana, to julia ann (crawford) and william terence mcqueen, a stunt pilot. his first lead role was in the low-budget sci-fi film the blob (1958), quickly followed by roles in the great st. louis bank robbery (1959) and never so few (1959). the young mcqueen appeared as vin, alongside yul brynner, in the star-laden the magnificent seven (1960) and effectively hijacked the lead from the bigger star by ensuring he was nearly always doing something in every shot he and brynner were in together, such as adjusting his hat or gun belt. he next scored with audiences with two interesting performances, first in the wwii drama hell is for heroes (1962) and then in the war lover (1962). riding a wave of popularity, mcqueen delivered another crowd pleaser as hilts, the cooler king, in the knockout wwii pow film the great escape (1963), featuring his famous leap over the barbed wire on a motorcycle while being pursued by nazi troops (in fact, however, the stunt was actually performed by his good friend, stunt rider bud ekins). mcqueen next appeared in several films of mixed quality, including soldier in the rain (1963); love with the proper stranger (1963) and baby the rain must fall (1965). however, they failed to really grab audience attention, but his role as eric stoner in the cincinnati kid (1965), alongside screen legend edward g. robinson and karl malden, had movie fans filling theaters again to see the ice-cool mcqueen they loved. he was back in another western, nevada smith (1966), again with malden, and then he gave what many consider to be his finest dramatic performance as loner us navy sailor jake holman in the superb the sand pebbles (1966). mcqueen was genuine hot property and next appeared with faye dunaway in the provocative crime drama the thomas crown affair (1968), next in what many consider his signature role, that of a maverick, taciturn detective in the mega-hit bullitt (1968), renowned for its famous chase sequence through san francisco between mcqueen's ford mustang and the killer's black dodge charger. interestingly, mcqueen's next role was a total departure from the action genre, as he played southerner boon hogganbeck in the family-oriented the reivers (1969), based on the popular william faulkner novel. not surprisingly, the film didn't go over particularly well with audiences, even though it was an entertaining and well made production, and mcqueen showed an interesting comedic side of his acting talents. he returned to more familiar territory in 1971, with the race film le mans (1971), a rather self-indulgent exercise, and its slow plot line contributed to its rather poor performance in theaters. it wasn't until many years later that it became something of a cult film, primarily because of the footage of porsche 917s roaring around race tracks in france. mcqueen then teamed up with maverick hollywood director sam peckinpah to star in the modern western junior bonner (1972), about a family of rodeo riders, and again with peckinpah as bank robber doc mccoy in the violent the getaway (1972). both did good business at the box office. mcqueen's next role was a refreshing surprise and papillon (1973), based on the henri charrière novel of the same name, was well received by fans and critics alike. he plays a convict on a french penal colony in south america who persists in trying to escape from his captors and feels their wrath when his attempts fail. he was the ultra-cool male film star of the 1960s, and rose from a troubled youth spent in reform schools to being the world's most popular actor. over 25 years after his untimely death from mesothelioma in 1980, steve mcqueen is still considered hip and cool, and he endures as an icon of popular culture. by 1979, the spreading cancer was taking its toll on his body. mcqueen's last two film performances were in the unusual western tom horn (1980), then he portrayed real-life bounty hunter ralph "papa' thorson (ralph thorson) in the hunter (1980). steve mcqueen passed away on november 7, 1980, only 50 years of age, and his ashes were scattered at sea. he married three times and had a lifelong love of motor racing, once remarking, "racing is life. anything before or after is just waiting."