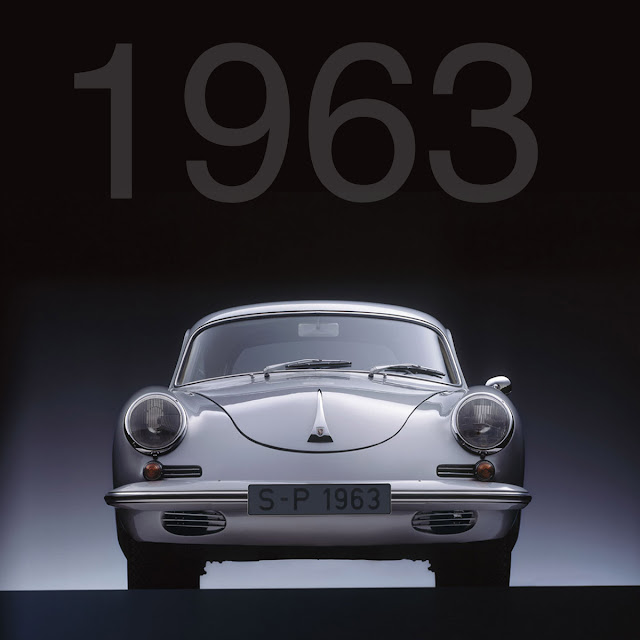 porsche 356 from 1963:  the 1963 porsche model 356 is perhaps the most perfect car ever created by porsche.  the fluid sculptural german sports car stands out for it's free flowing curves from front to end.  with the 356a came a larger 1582 cc engine that had higher compression to take advantage of the available higher octane fuels. a type 616/2 super engine was offered as an option with raised power. inside, porsche fitted an all-new, flat-face dashboard that was sculpted around the new curved windshield. it included a padded-top, locking glovebox and a provision for a modern radio. other interior appointments included a headlight flasher, automatic interior lighting, self-cancelling signal switches and, most importantly, a lower floor. popular options were a steering-wheel lock and a clock. from the outside, the 356a kept to the porsche mantra of stepwise evolution. the new model was outwardly identical to the previous version except for the wider tires, a small rub-strip below the doors, a fully-curved front window and enamel paint replacing lacquer previously used. extensive testing by the experimental department known as versuchsabteilung resulted in numerous suspension and drive line mounting changes before the final 356a specification was decided. they softened the springs by removing leaves from the torsion cars and fitted stiffer dampers. this was done to take advantage of a more modern tire technology which allowed for a smaller-diameter 15-inch tire and a wider tread with reduced air pressures. despite looking outwardly similar to the preceding models, porsche thoroughly updated their 356 line in 1956 and called their new model the 356a. at the core, this included a larger 1600 cc engine, but also a curved-glass windshield and a thoroughly revised suspension. at the 1957 frankfurt motor show porsche released the t2 body style with exhaust routing through the rear bumper over-riders. more importantly, the t2 cars stopped using the roller-bearing crankshafts and the hirth crankshaft in the super models. other changes included changing the carburation from solex to zenith 32 ndix. by 1959 the 356a was replaced outright by the 356b. at the 1955 frankfurt motor show in september of 1955, porsche released the 356a/1600 to the world with cabriolet, coupe and speedster bodies from reutter. these were updated to better suit the improved gasoline and tire technologies of the period.