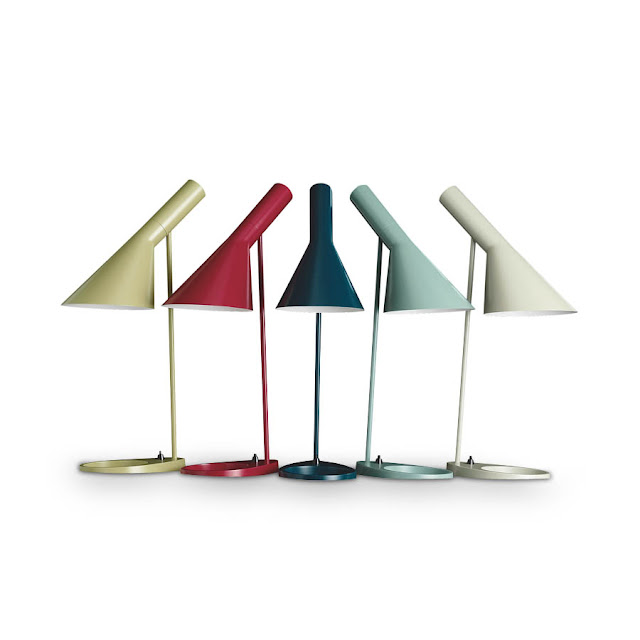 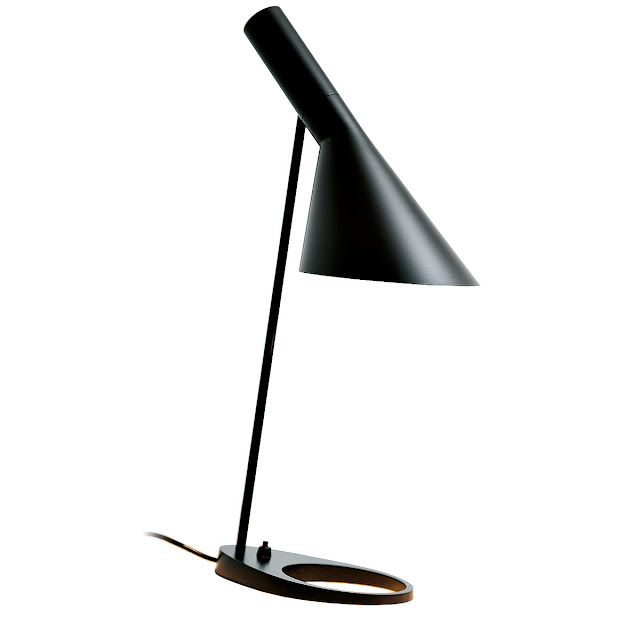 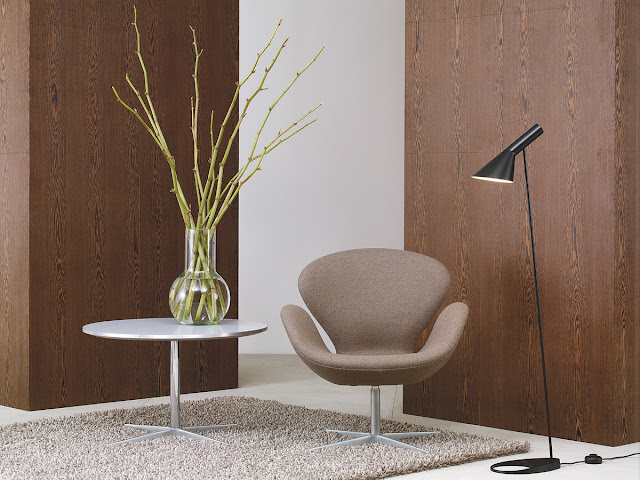 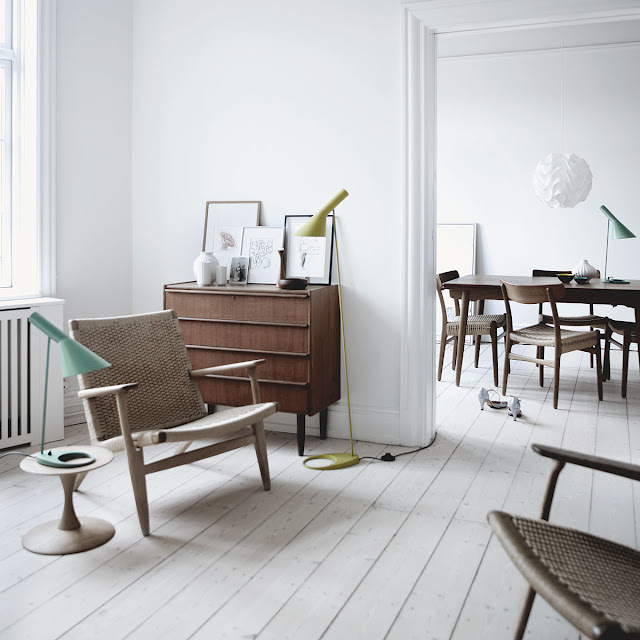 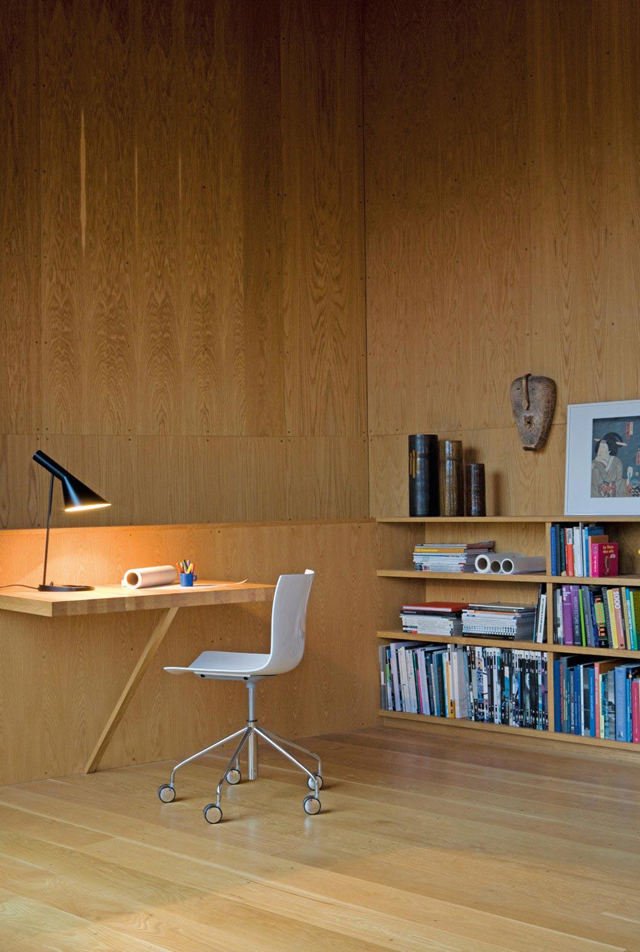 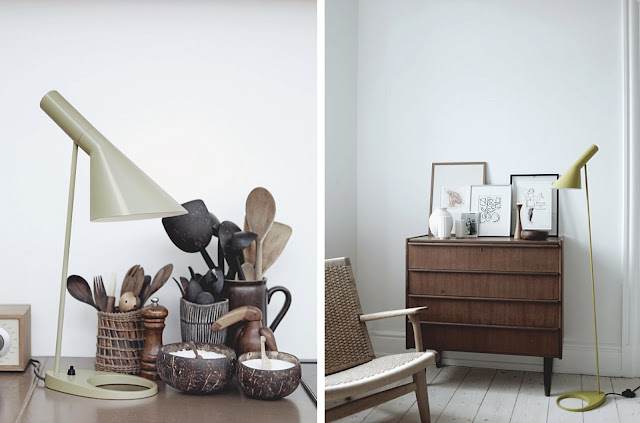 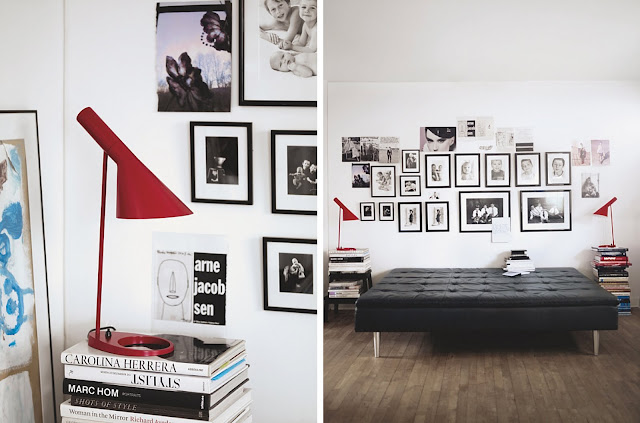 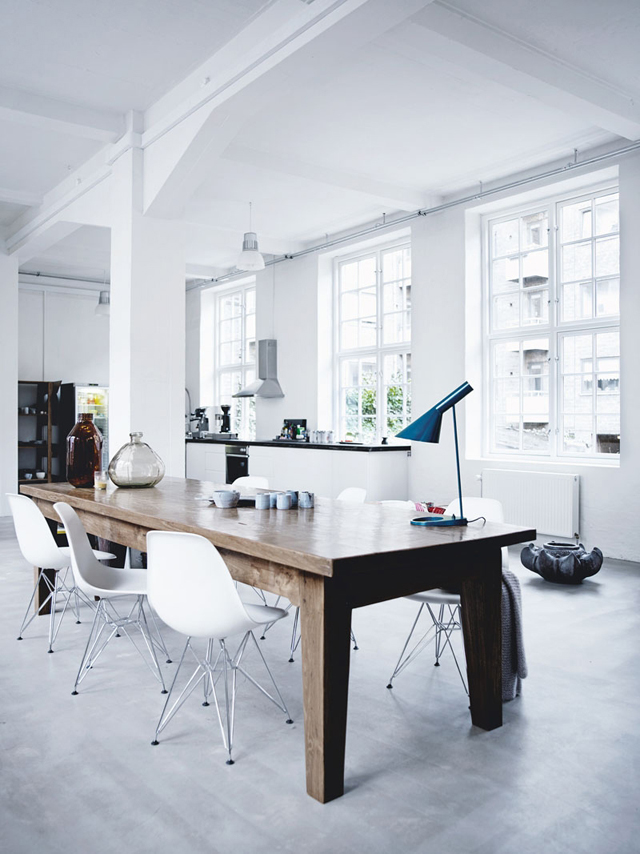 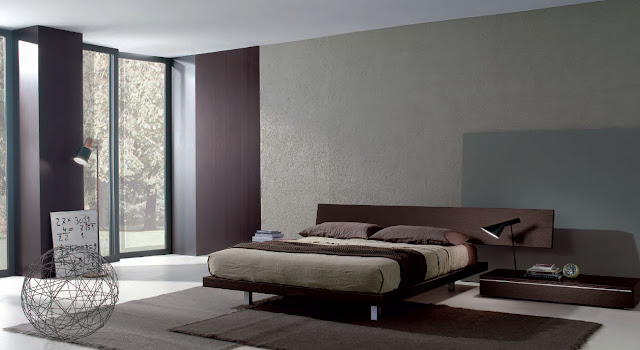 Arne Jacobsen AJ Table Lamp. Made by Louis Poulsen Lighting in Denmark. Few desk lamps have greater appeal than the iconic AJ lamp. Arne Jacobsen designed the AJ Lamp in 1957 for the SAS Royal Hotel in Copenhagen, Denmark. This modern table light has a distinct asymmetrical shape with a tiltable head which makes it a perfect reading lamp. The cut out circle in the base of the lamp was originally intended to accommodate an ashtray but now contributes solely to the unique and stylish design. Arne Jacobsen's AJ lamp provides direct illumination and has a handy on/off button on its base (we are certain you have better things to do than looking for a switch on a cable).

The AJ Table Lamp is a practical and aesthetically pleasing desk lamp with incredible appeal. This functional table lamp is considered to be a classical masterpiece designed by Arne Jacobsen more than 50 years ago. The AJ Table Lamp is a classic icon of mid century modern Scandinavian design. Always functional, effortlessly elegant and uniquely beautiful, the ever popular AJ Table Lamp is a modern classic that will be enjoyed for many years to come. This lamp would be a most welcome functional addition to the modern home or office.


Arne Jacobsen created his AJ Lamp (1960) to echo the oblique angles of his Series 3300 furniture, which included the Egg Chair and the Swan Chair. The heavy cast iron base of the lamp is a sloped wedge with a circular cutout that was originally designed to hold an ashtray, but is equally successful left empty, as it mirrors the shape of circles and cylinders found throughout the series. To maximize the lamp's functionality as a reading light, Jacobsen created a shade that tilts up or down, directing maximum light to where it's needed. Like the Swan and Egg chairs, the AJ Floor Lamp was designed for the SAS Royal Hotel in Copenhagen, for which Jacobsen designed every element, from the skyscraper structure to the stainless steel cutlery. The AJ table lamp was designed, among other lighting fixtures, for the SAS Royal Hotel in Copenhagen. The AJ table lamp is on the same principles as the AJ floor, but due to the usability as a working desk lamp the shade has been expanded. The base of the table lamp was originally intended to accommodate an ashtray but now contributes solely to the design. 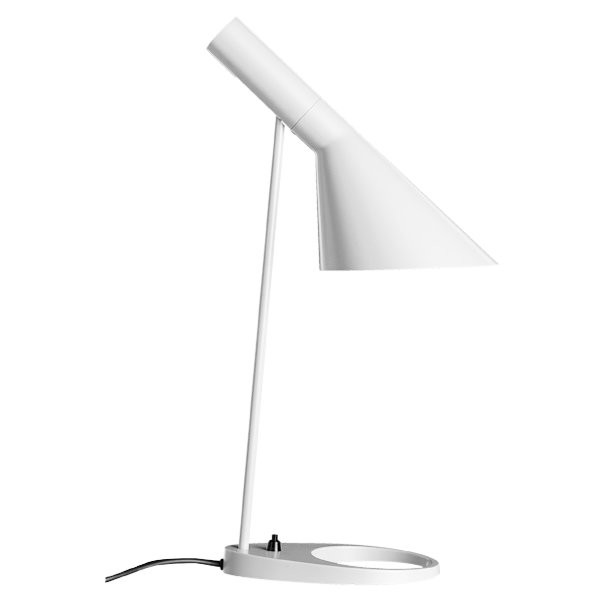 The standard lamp consists of a lamp holder in an enameled brass pipe. A tilting mechanism has been installed in the pipe. The angles of the conic metal shade are made to be flush with the lamp holder at the top, at least that was the intention, but in reality it is raised a little as an optical correction. When the lamp is tilted downwards, the edge is horizontal. The inside of the shade is matte white enamel. The light source is effectively screened for diffused lighting. Using a clear incandescent bulb the light is exploited the best way and the the light rays delineated precisely. 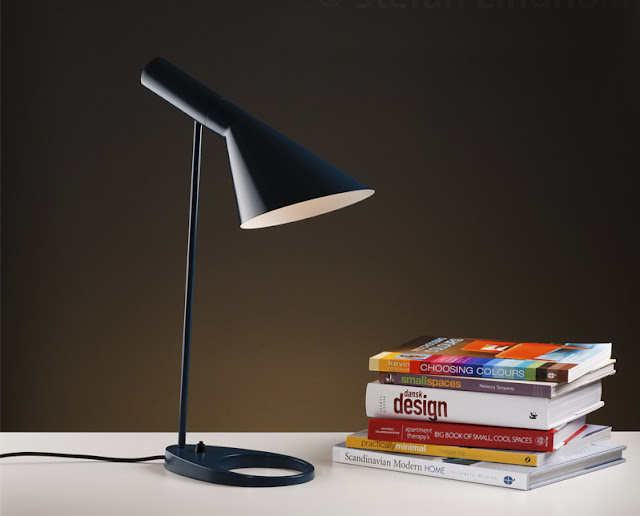