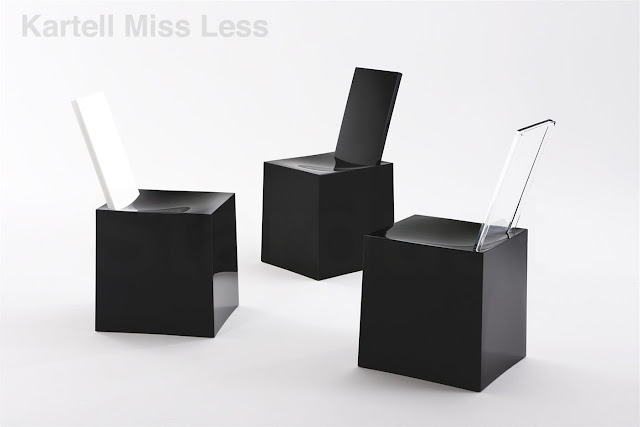 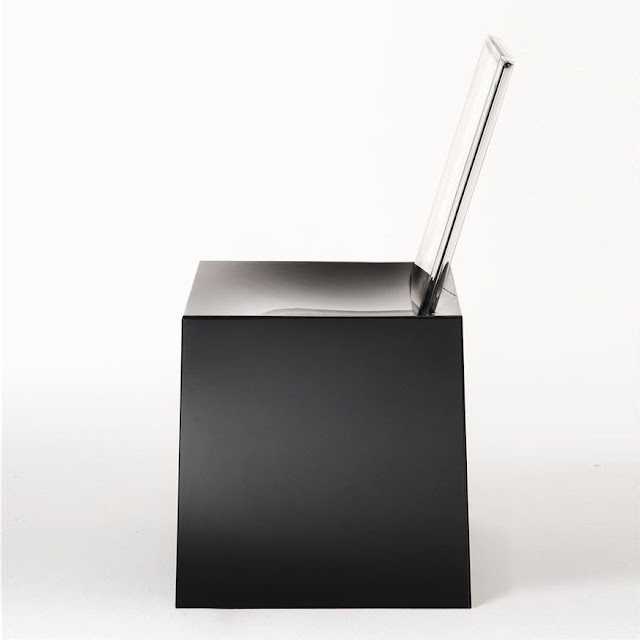 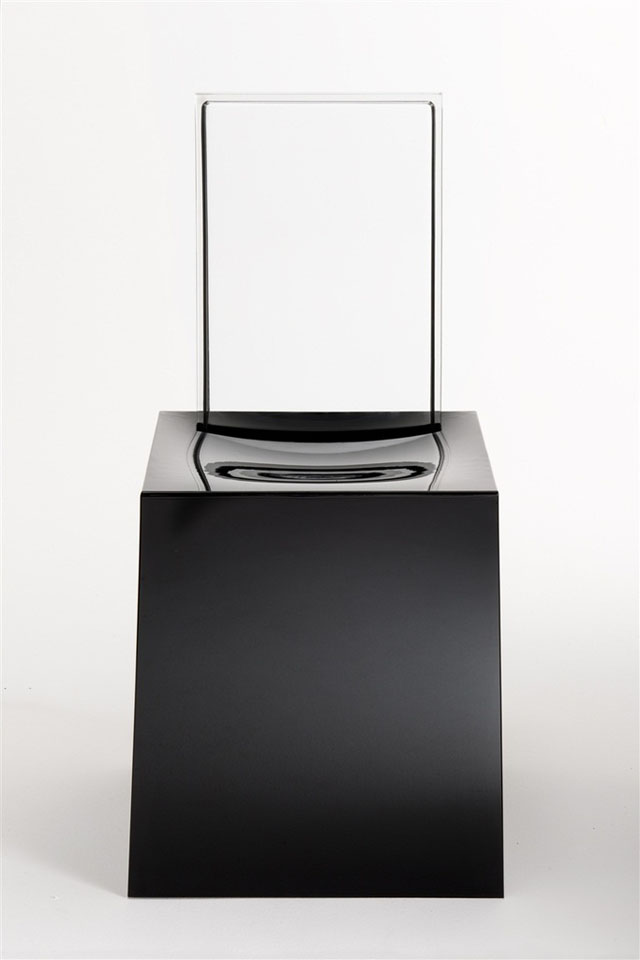 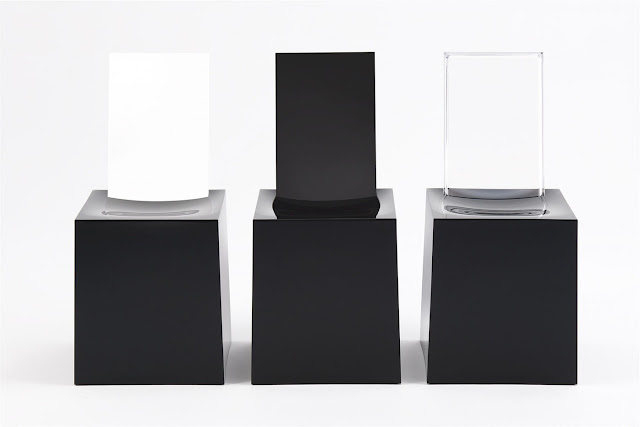 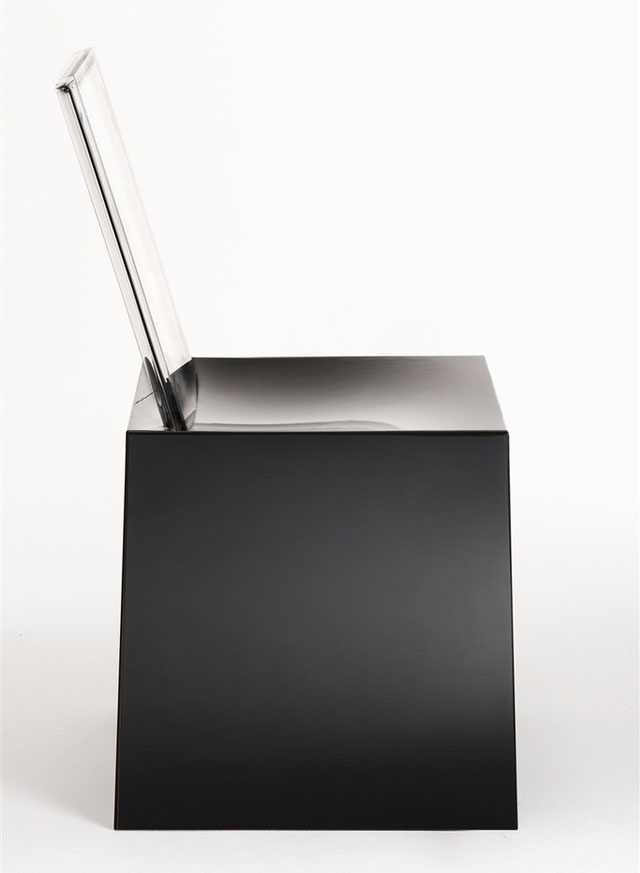 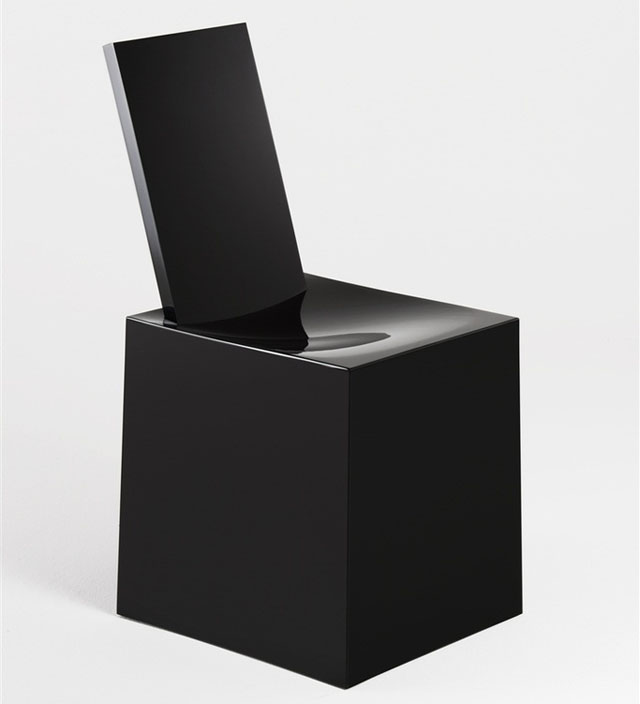 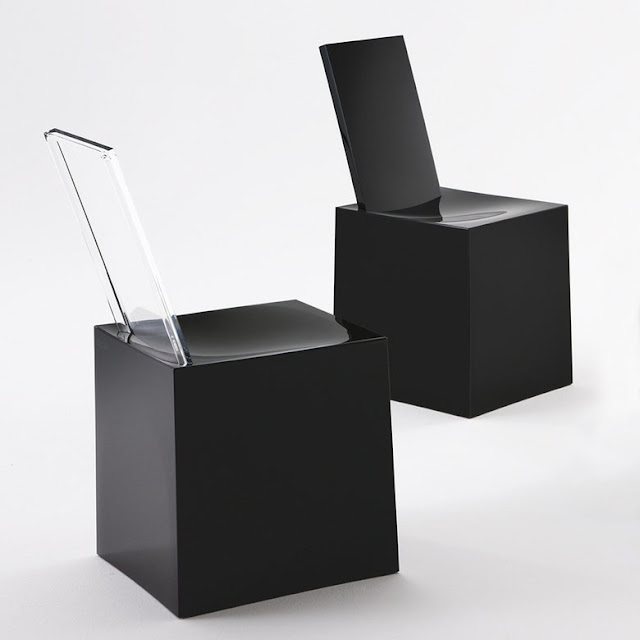 
With it's minimalist Donald-Judd-like appearance, Philippe Starck and Eugeni Quitllet's newest creation "Miss Less" could also have been called "Mies Less", a fitting tribute to the less-is-more philosophy from Mies van der Rohe. The Kartell Miss Less Chair is a rigorous, material seat which grew out of a block transformed into a household object of industrial production. The seat has the strength and the authority of a primitive form, of a monolithic block of material made contemporary by the glossy plastic moulded material of which it is made. Miss Less is formed of a comfortable squared off monolithic base (available in various matte colours) and a slim back in the same or in a contrasting colour that is slightly slanted looking almost as if it were planted in the monoblock base. This sleek and ultra modern design chair would be a proper fit in a museum. Miss Less is a chair, designed by Philippe Starck for Kartell and newly available from design purveyor Stardust in Sonoma (free shipping from stardust.com). Miss Less, as the model's called, comes in timeless white, black, and gray shades, and has a thin but sturdy polycarbonate back. It’s also surprisingly comfortable thanks to an anatomically minded dip in the seat. More unbelievable still: It costs $329, which means you don’t have to be a millionaire patron of the arts.