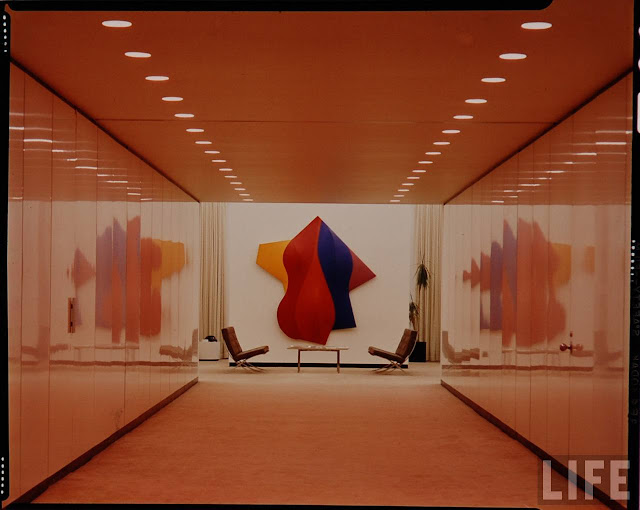 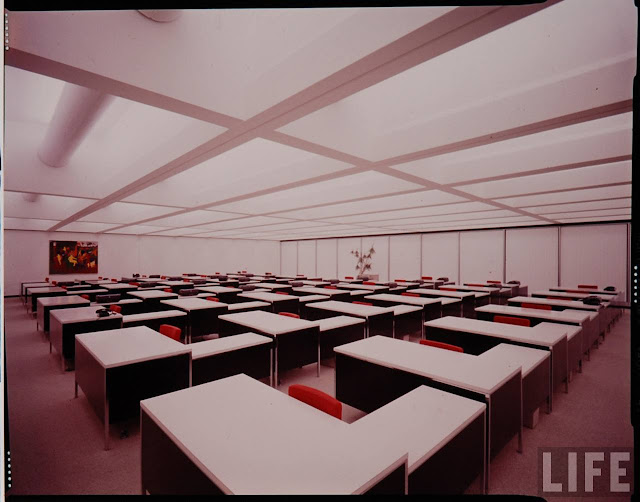 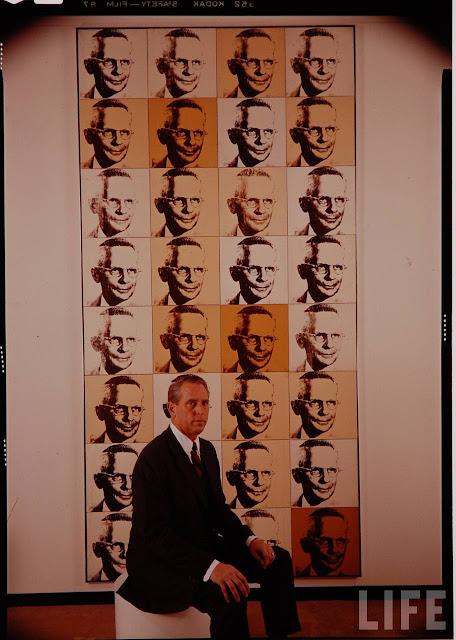 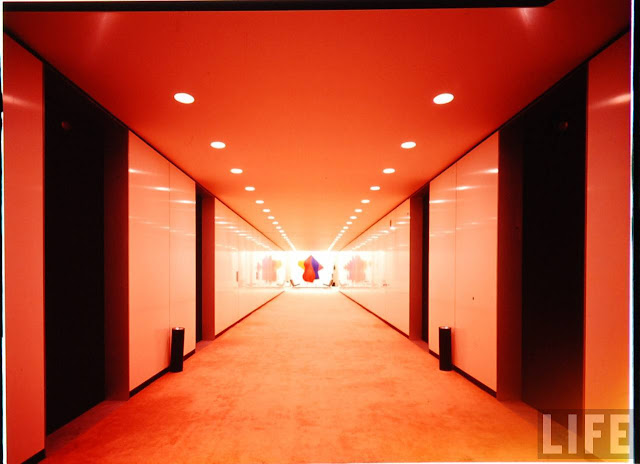 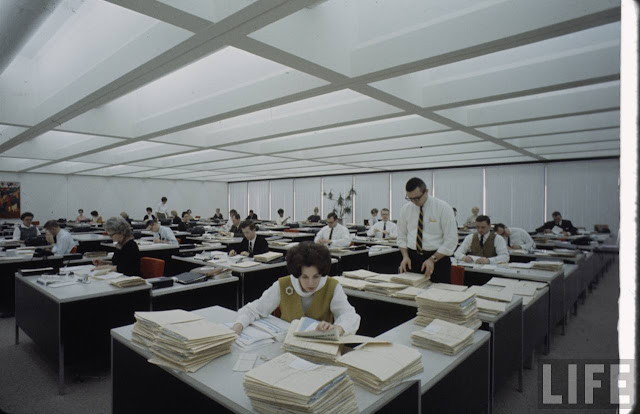 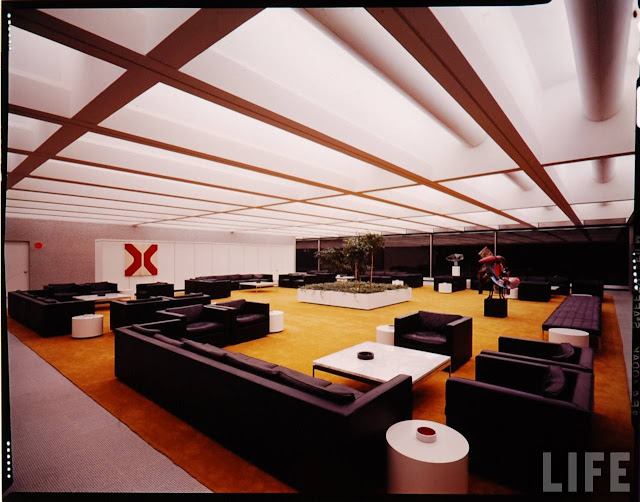 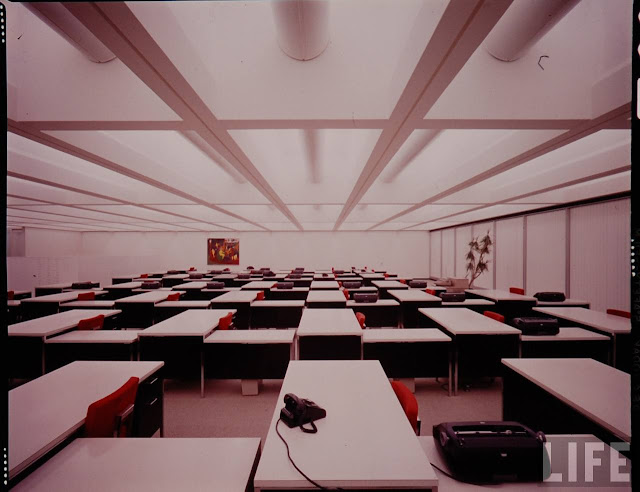 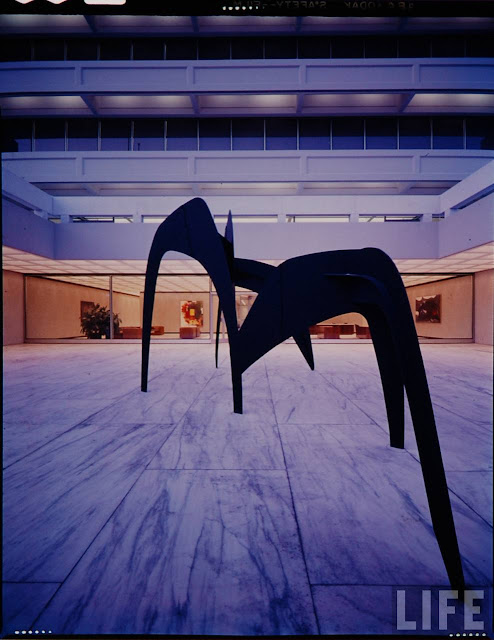 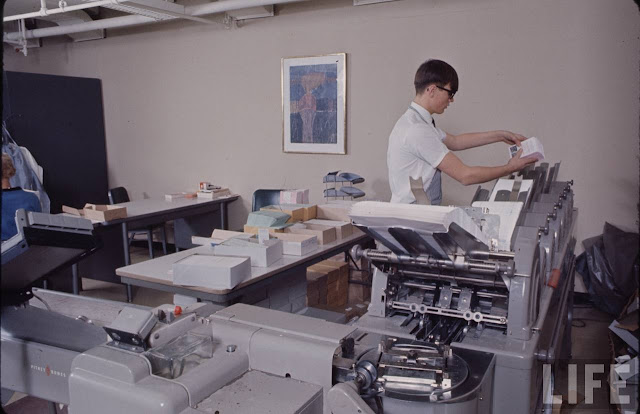 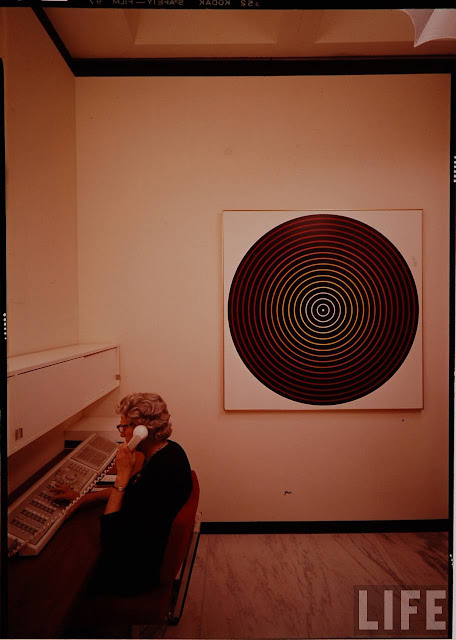 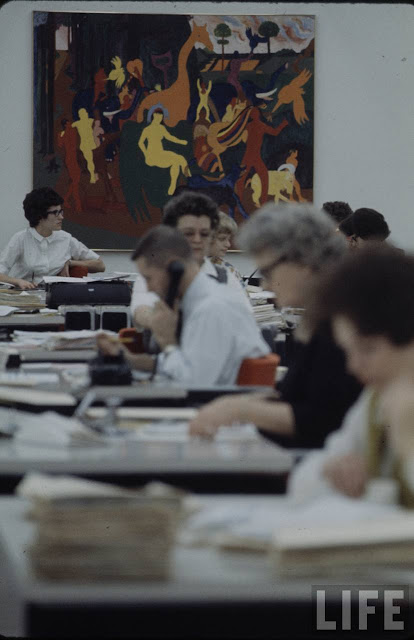 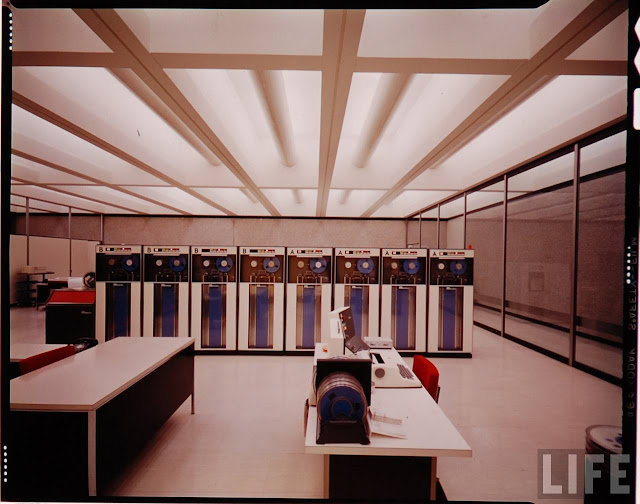 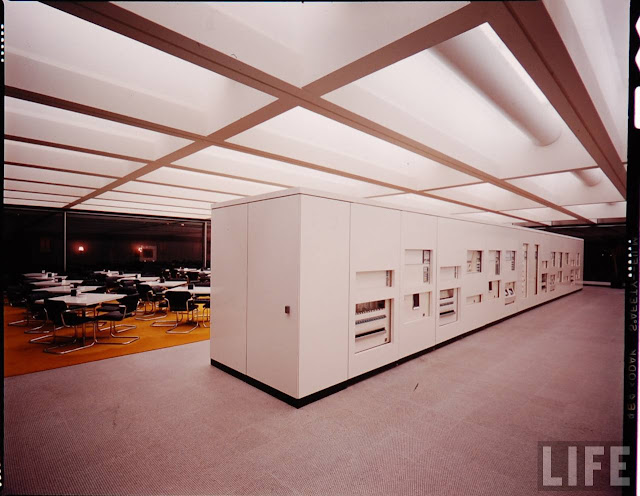 This must be my ultimate mid-century modern office environment!  We would even consider working in this office "free of charge"; the mere thought of being surrounded by the vintage IBM System 360 mainframe computer (the closest thing to 'Hal' in 2001: A Space Odyssey), Mies van der Rohe chairs by Knoll, Alexander Calder Stabiles, Andy Warhol Art (The American Man; Portrait of Watson Powell, walkways clad in Italian Carrara marble. Amazing mid-century modern images of the American Republic Insurance Co. in Des Moines, Iowa by photographer Henry Groskinsky for LIFE.