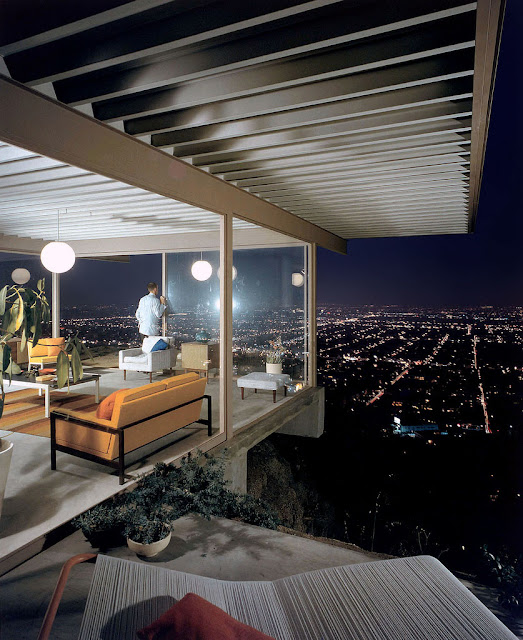 Case Study House #22, aka Stahl House, is a modernist house in the Hollywood Hills section of Los Angeles, California that was designed by Pierre Koenig. Built in 1959 and part of the Case Study Houses program, the Stahl House is considered an iconic representation of modern architecture in Los Angeles during the 20th century. It was made famous by photographer Julius Shulman showing the house with a panoramic view of the city through the floor-to-ceiling glass walls at night.